Hal Empie’s remarkable body of work is one of Arizona’s great legacies. It is his indelible mark on the
American West. Expect heartwarming chuckles, knee-slapping laughs, gasps, groans and grins.
Way Out West has it all!

Empie Kartoon Kards stand alone in Arizona history. Theywere created by western artist, pharmacist Hal Empie. It was during the Great Depression. Times were tough. To help the family income, Hal came up with the idea of postcards unique to anything anyone had ever seen.

The cards were an instant hit. Soon Empie Kartoon Kards were in retail stores across 38 states. They have sold by the hundreds of thousands and appeared in countless publications since 1936. 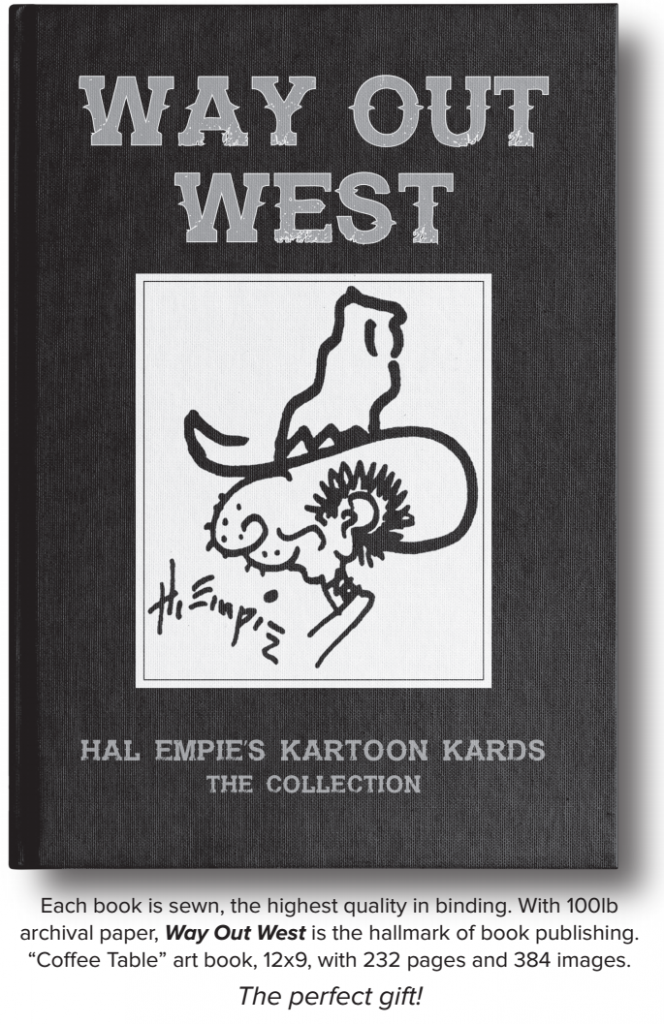