In a continuing debate – ongoing for nearly twenty years – one of my dearest postcard friends and I have wondered, “When collecting sets of postcards, which is better, being a “sampler” or being a “completist.”

For the sake of debate, we define a sampler as someone who collects any piece of a set without regard for artist, origin, topic, or age. Condition is important but not critical. The ultimate goal is to have samples of everything.

A completist is someone with a different approach, who collects sets with total regard to completeness. Artist, topic, origin, age, and even condition do not matter.

To illustrate that principle of collecting, this example is offered: 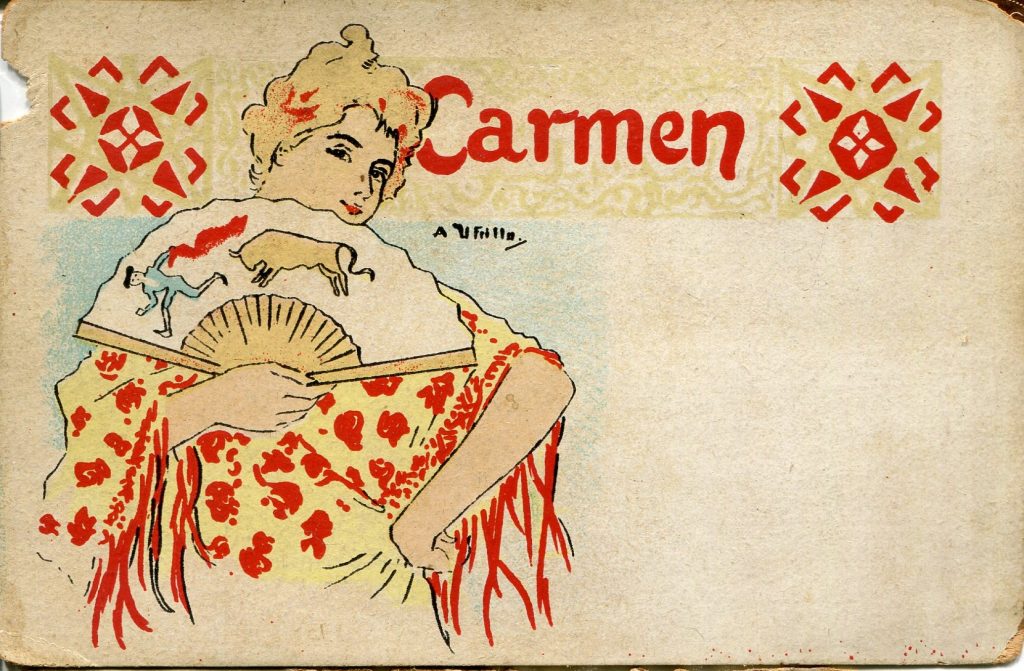 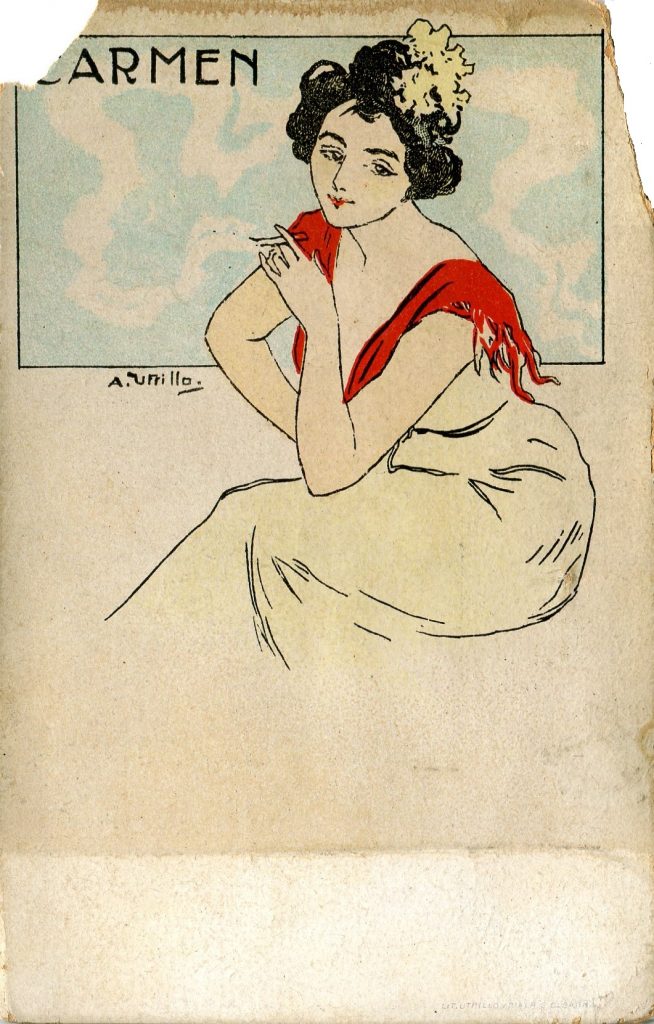 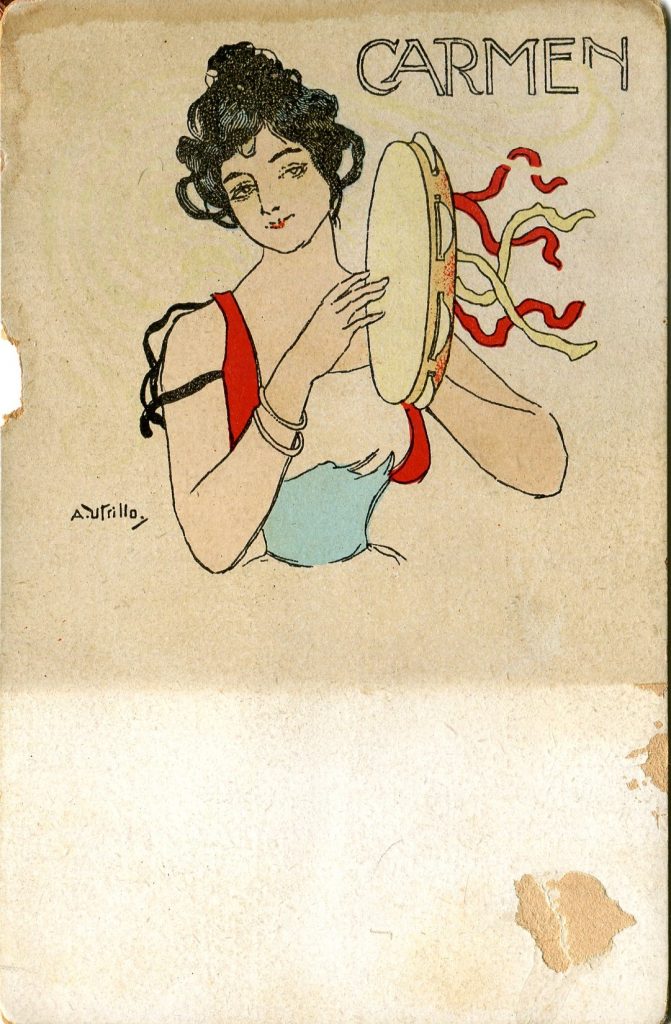 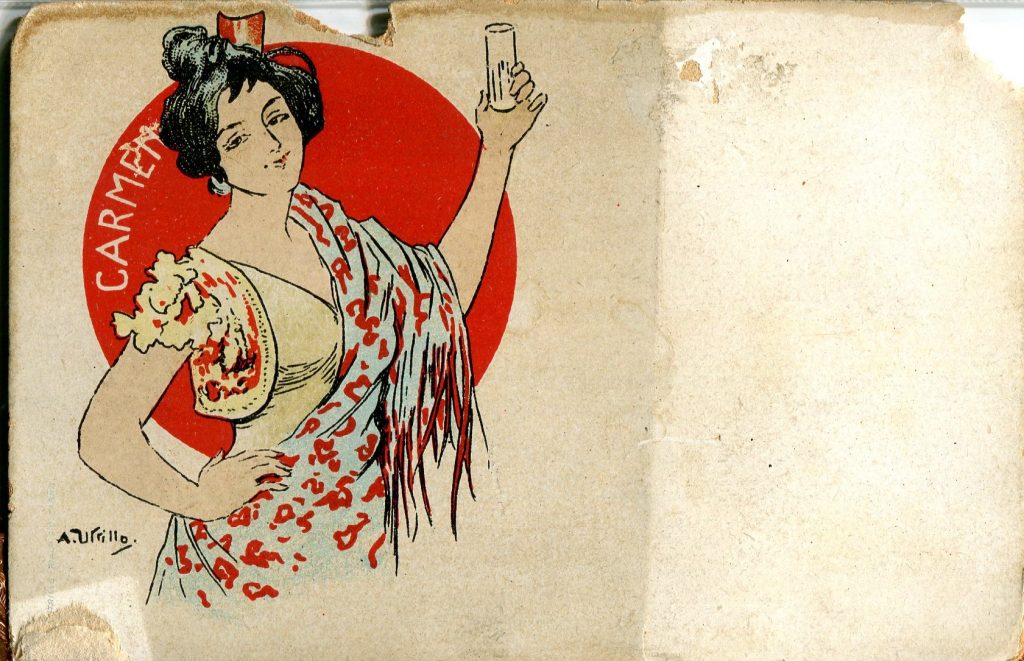 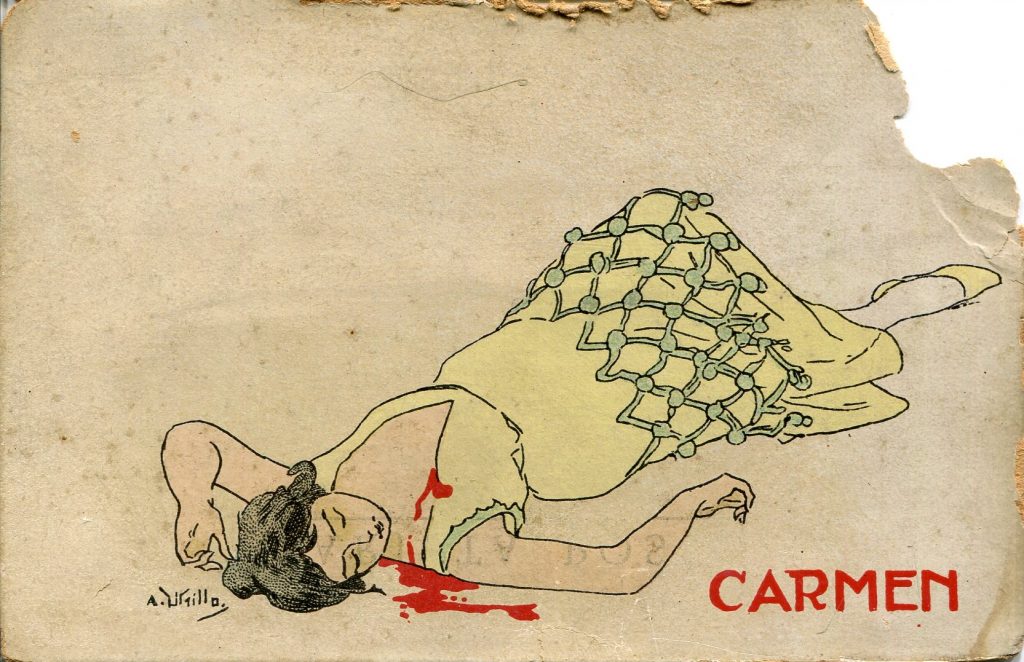 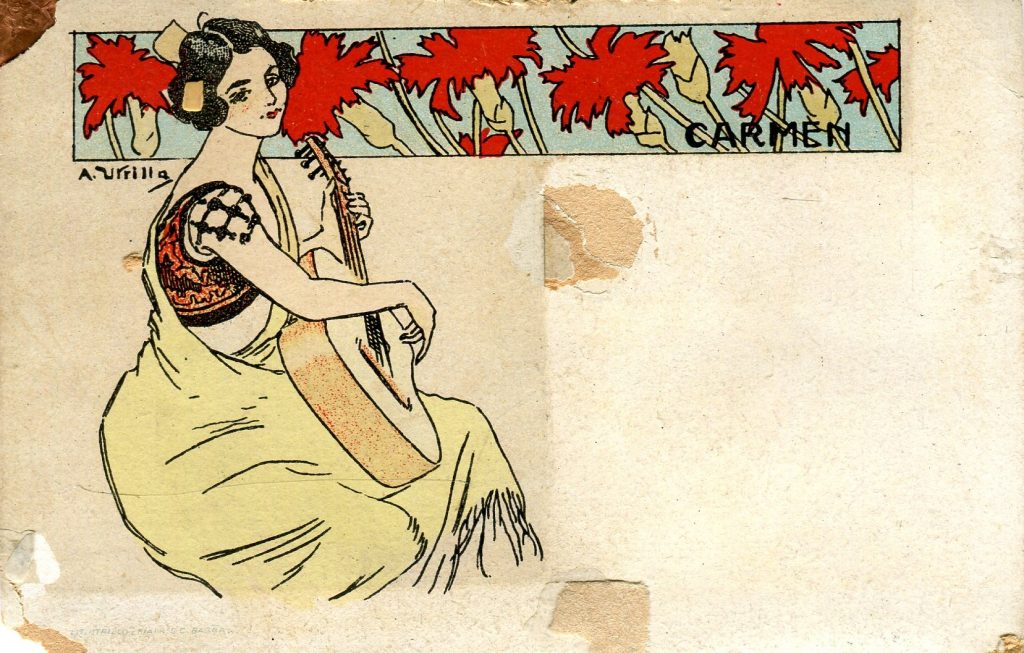 If a sampler had managed to gather perhaps five of these cards, it is totally possible that one or two may be in fine condition and the other three in poor, fair, or good. The five cards would tell about that glorious night in 1907, at the Lisbon opera house, when a 33 year-old Italian diva named “Lina” portrayed “Carmen” as she danced, played her tambourine and sang of her love for José. But what if card #5 were missing?

If the completist found the full set the story is greatly enhanced because it is the “complete” story. If card #5 is there with the others, the tale continues and you learn that José, truly loved Carmen, but in the end as José makes a very passionate appeal for Camen’s love, she disdainfully throws her ring at him and turns to meet Escamillo, her new boyfriend. José’s anger rages and he stabs her to death. Carmen dies as the crowds are cheering Escamillo’s victory in the bullring. José confesses to killing Carmen then kneels and sings “Ah! Carmen! ma Carmen adorée!” And the curtain falls!

The complete story is wonderful, but still not complete. The story of collecting also need to be told. The collecting story is just as charming, for in this case for 113 years these cards have been together and admired by any number of people of all persuasions. Be they male or female, saints or sinners, rich or poor, opera buffs or not, they know the complete story.

Not too long ago, a dealer from whom I purchase many of my Opera postcards, gave me this set of six cards. She considered them in too poor condition to sell. I took them as a gift but felt an enormous twinge of guilt; here is why. I recognized the set and had looked for it for years. I had one piece of the set (#5) which I bought in London around 1995. After researching that card, I knew that these cards were issued in Portugal around 1907 to announce the Lisbon premiere of Bizet’s Carmen. Singing the title role that night was my all-time favorite soprano – Natalina “Lina” Cavalieri.

To me these cards are priceless.

I wish to find these nice cards.