Liz Verner was likely one of the most traveled and best educated artists of her era. As a graduate student she spent time in Philadelphia at the Pennsylvania Academy of Fine Arts. As a post-graduate student, she studied at the Ursuline Academy in Columbia, South Carolina, and the Central School of Fine Arts in London, England. 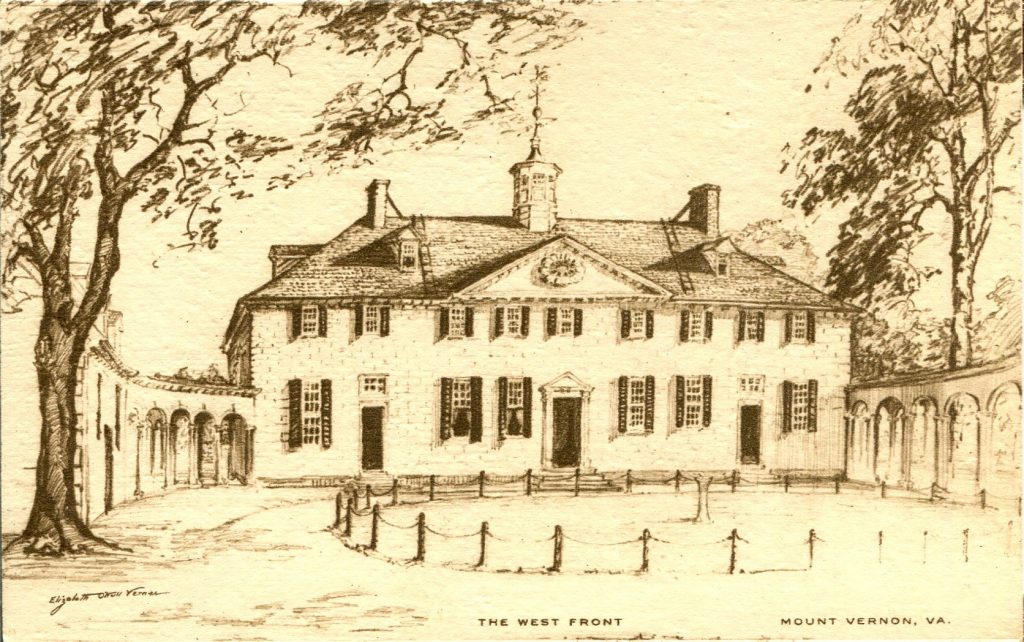 Born on December 21, 1883, her mother often teased that Elizabeth was an early Christmas present. That may have been but being born in that era was a factor in life that made it possible for Elizabeth O’Neill to enjoy great success.

The economic panic of 1873 is nearly forgotten today, but it was a serious time when the currencies in Europe and North America lost nearly half of their values. The panic developed in September 1873 and lasted unabated into 1877. The most distressing part of the panic was the agonizingly slow recovery that took nearly two decades.

As the economy reached a reasonable state at which investitures became reliable, the healthy dollar made it possible for Elizabeth to study in her chosen field. So, by age 22 in 1905 she had passed through more than a dozen European capitals and had worked as a resident in two American cities. In later years she worked is such places as Williamsburg, Virginia, New York, Savannah (GA), Fayetteville (NC), West Point (NY), and Princeton (NJ).

Elizabeth O’Neill married Ebenezer Pettigrew Verner in 1908. They had a daughter and a son. Mr. Verner was an analytical chemist in partnership with Francis L. Parker, Jr. at Parker Laboratory in Charleston. (Have you ever had an ultrasound? Parker Laboratory is the company that makes the gel that eases the discomfort of that procedure.) Verner died in August 1925 at age 43.

Elizabeth Verner lived 54 years beyond her husband. She lived most of those years in Charleston, where she was much involved in projects centered around historical restoration and preservation. She managed to publish at least six books of her drawings and illustration. 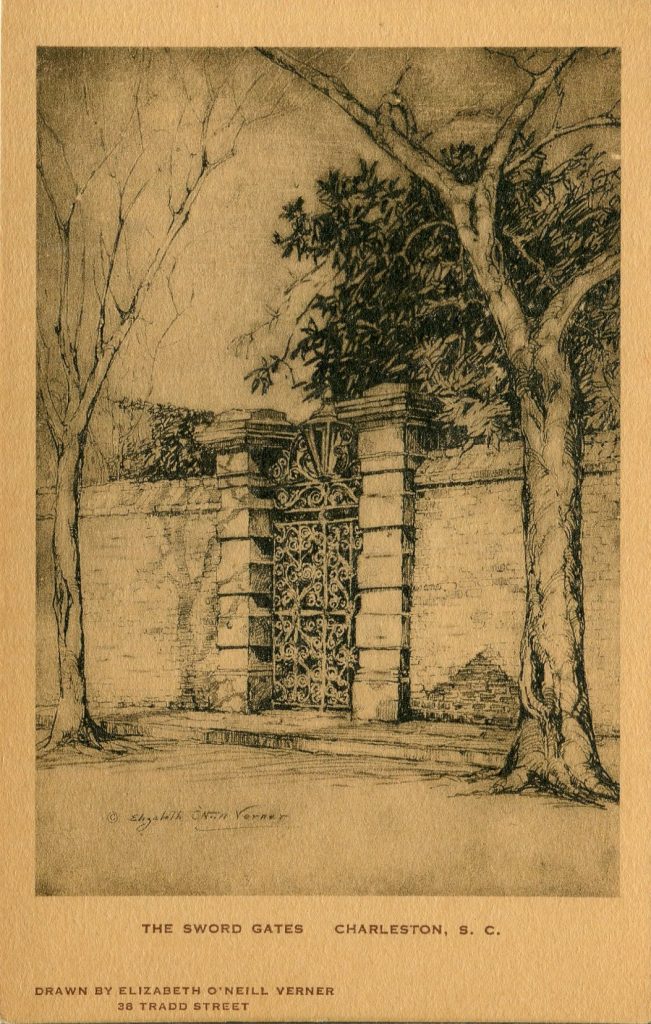 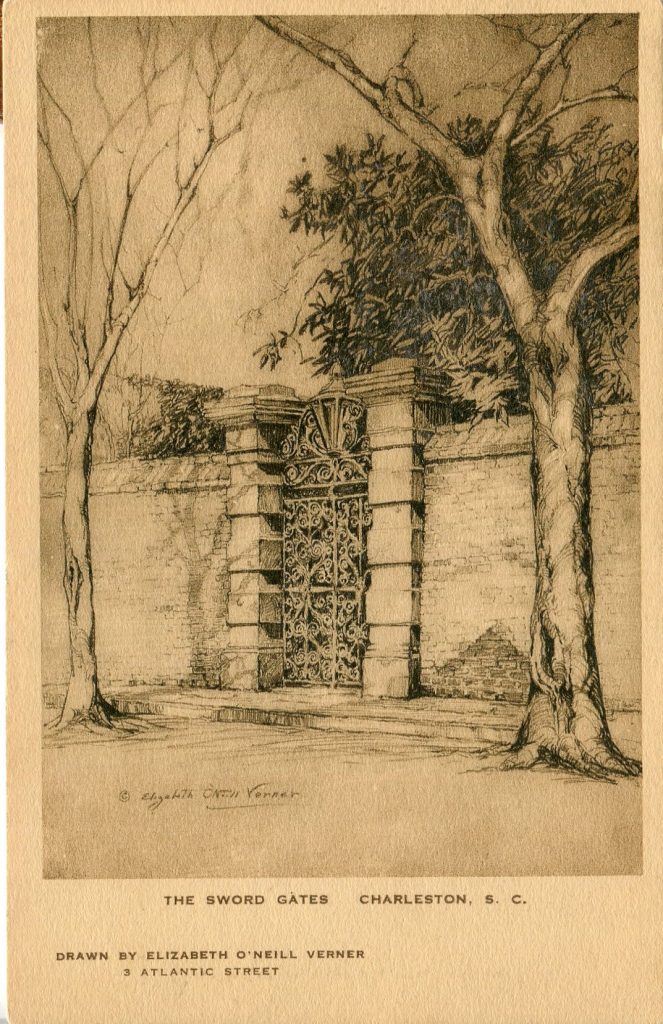 Additional images include four from Fayetteville, North Carolina; one at Arlington, Virginia; and 14 images in New York. 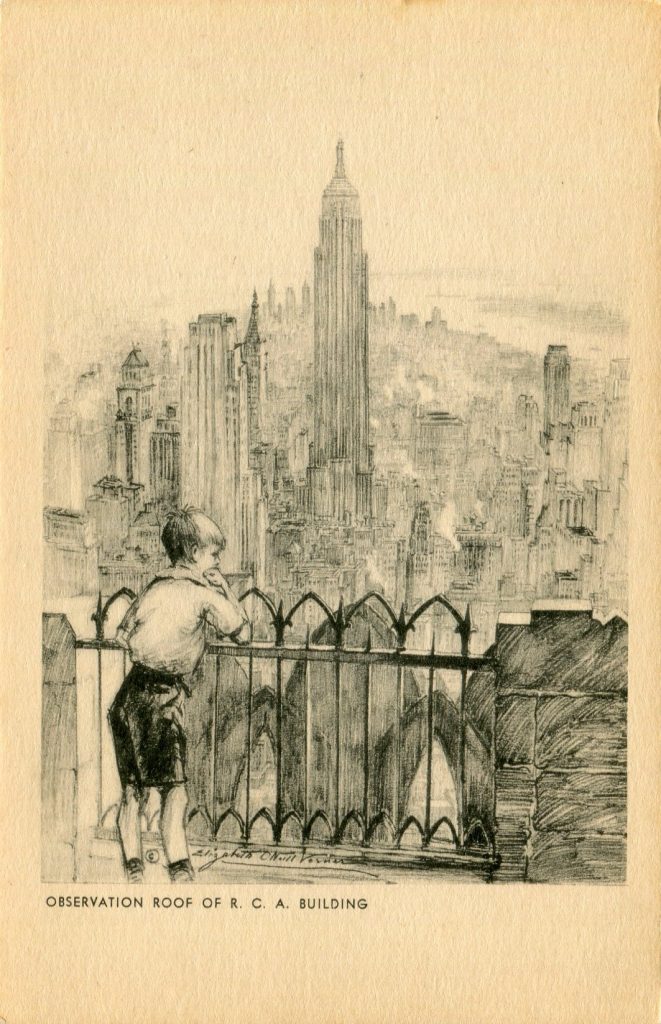 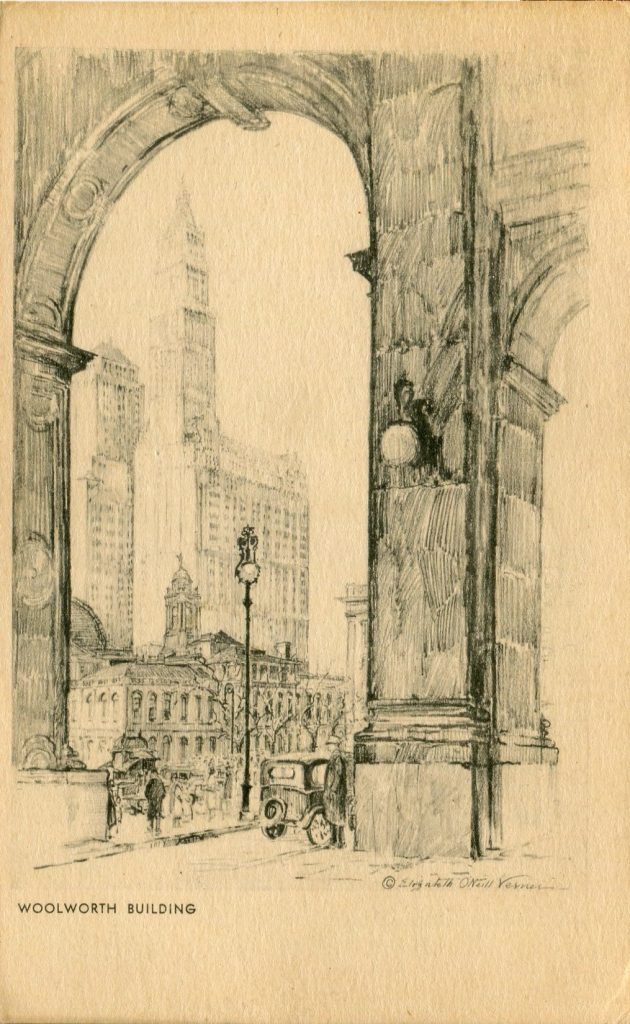 The Verner postcards that show her artwork were published by Albertype Company in Brooklyn, New York. The vast majority are sepia tones on a dark cream paper stock. The artwork was usually done in black or brown inks and infrequently softened by gouache. Each image was copyrighted. 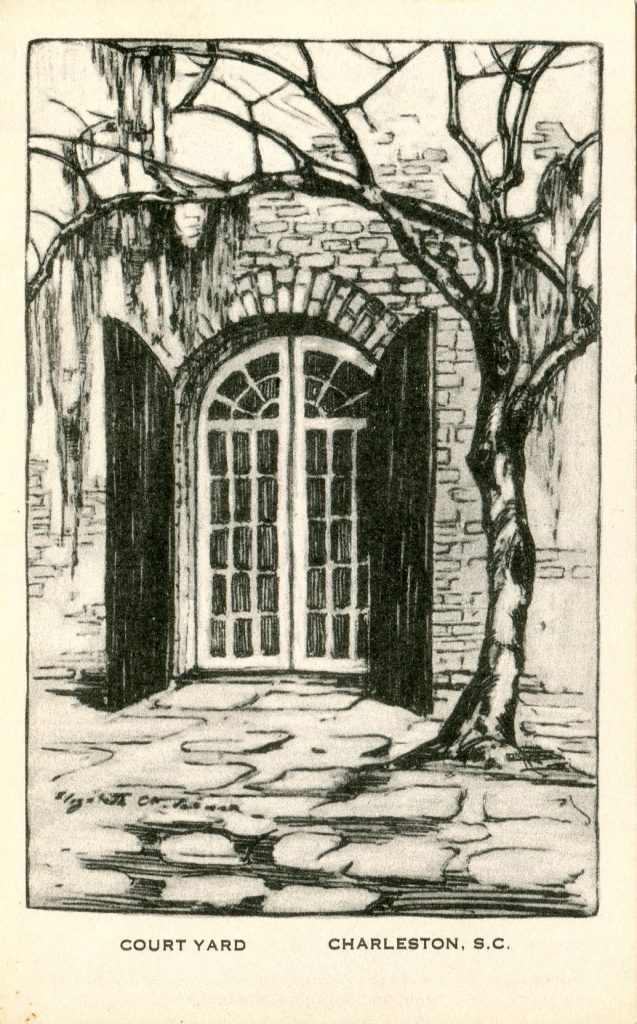 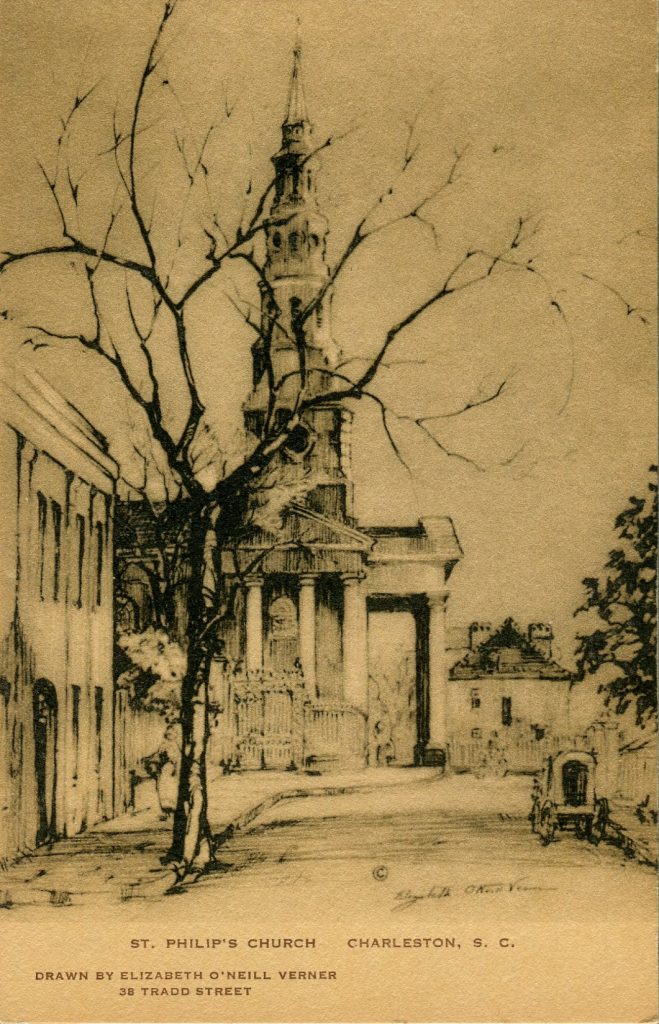 Mrs. Verner’s funeral service was held in this church in April 1979.

Mrs. Verner died in Charleston, South Carolina, at the home of her daughter in April 1979. She was 95 years old.

This concludes Postcard History’s look at sketch artist postcards. If you have enjoyed the series please tell us by making a comment below.

If there is an artist that you know about from owning some of their cards or by reputation, and you would like us to research that person, please contact us.

This was a great series about sketch artisit postcards. Check out the Philadelphia Art Alliance for other artists and postcards to continue the series

An interesting series! I look forward to reading about additional artists.

Glad to know about this artist.

This is a very inspiring series,now I want to start looking for sketch postcards.