Have you ever noticed how easily the letters “w,” “c,” “t,” and “u” just trip off the tongue? They do, and each is as unforgettable as the first four notes of a famous Beethoven symphony. You can say them, and your ear hears them as they spell Victory!

Victory. History. Is the rhyme coincidence? We would need an etymologist to answer, but it has been said many times that the history books are written by the victors. 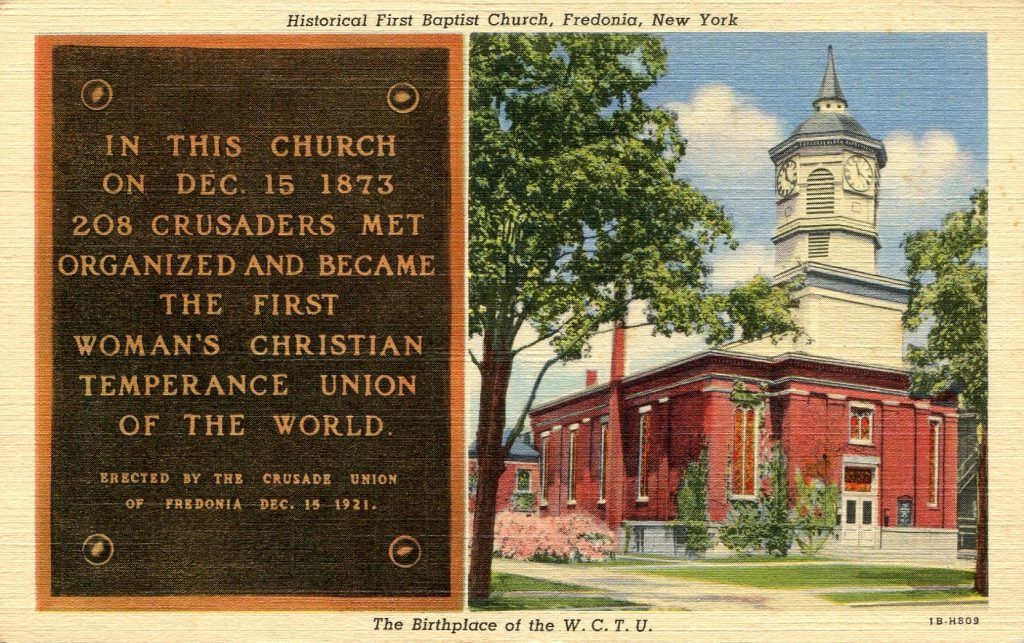 December 15, 1873, was a Monday. The sky was clear, light variable winds blew over New England and New York, then hence westward to the lower lakes region where the temperatures were expected to drop and clouds were expected to form later. This fair weather would prevail.

Two days earlier Dr. Diocletian Lewis (commonly known as Dio Lewis), a Boston physician, gave a lecture in Fredonia, New York. In a forceful performance he talked about topics very dear to his heart:  hygiene, temperance, and physiology. Some years earlier, Lewis perfected his oratory skills by lecturing on health topics in schools, but this was his first public lecture. To his usual repertoire, he added something new – getting Christian Women involved in a campaign against the liquor traffic.

The pastor of the First Baptist Church of Fredonia was present and met with Dr. Lewis after the lecture with an invitation to speak the next day at a special meeting at his church.

Depending on which source you choose to believe, be it online at the W.C.T.U. website, Fourth Estate print accounts in major newspapers from New York to Chicago, or authentic eye-witness accounts of those three days when the first steps were taken toward the most colossal failure in American legislative history, you will never be sure that you have the full story.

In my profession, I teach being brief. The motto of a paragrapher is, “If three words make a point, there is no need for four.” Please read on . . .

WCTU Mission
A well-known internet source suggests that the WCTU is a sorority for social reform with a mission of programs that link the religious and the secular through strategies based on applied Christianity. Further, one of those programs being a temperance movement in the United States and around the world to curb, or in the best-case scenario, eliminate the consumption of alcohol.

The temperance movement had a colossal influence on politics and society that culminated in the unsuccessful prohibition of alcohol through the 18th amendment to our Constitution from 1920 to 1933. 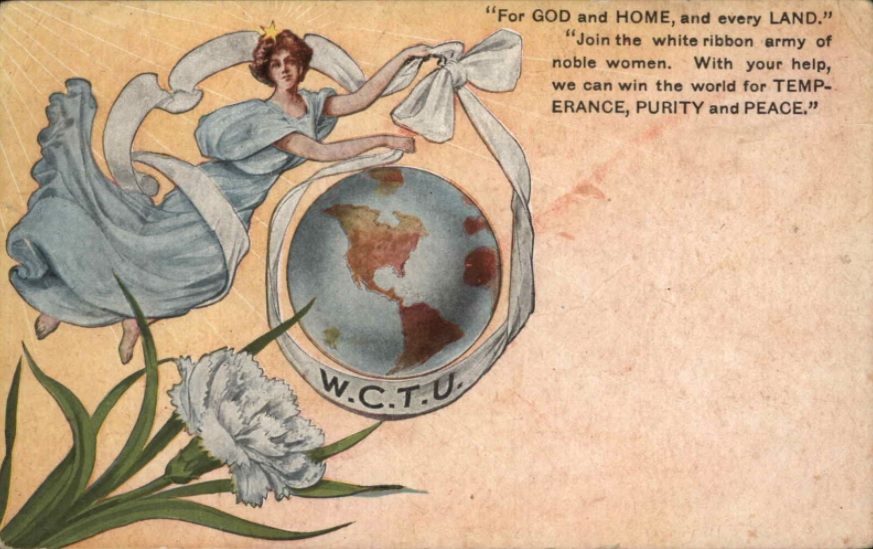 An invitation postcard to a New England WCTU meeting.

Andrew John Volstead
was a Republican member of the United States House of Representatives from 1903–1923. He served as chairman of the judiciary committee from 1919 to 1923. His name is closely associated with the National Prohibition Act of 1919, since it was he who chaired the committee responsible for writing the legislation. Hence, the Volstead Act. The act was the legislation that made prohibition possible. Volstead’s service in congress ended in 1922 when he was defeated in his bid for an eleventh term. 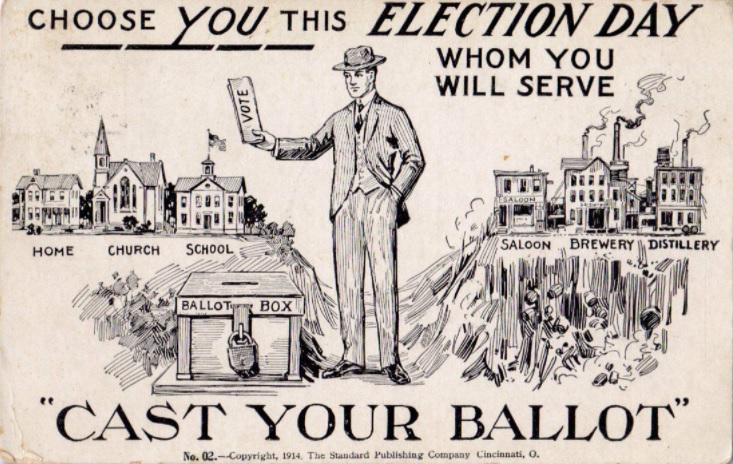 The vote was clear. Volstead lost the election of 1922.

The 21st Amendment
The Eighteenth Amendment was repealed by the Twenty-first Amendment on December 5, 1933. It is the only amendment to be repealed. 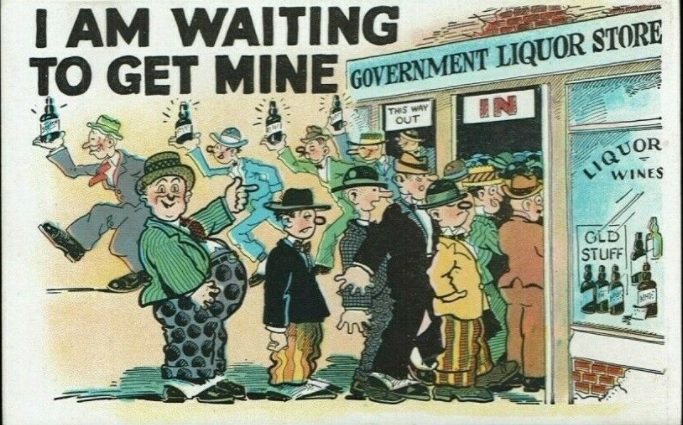 Repeal of Prohibition Announcements
The headline in the Philadelphia Inquirer of December 5, 1933 which spread across the entire front page, read: ROOSEVELT TO PROCLAIM REPEAL TONIGHT – HIGH PRICES FOR LIQUOR EXPECTED 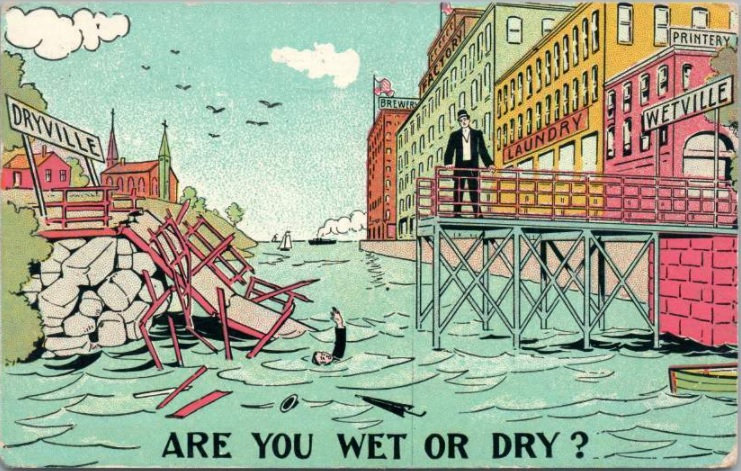 Your life may depend on your answer! 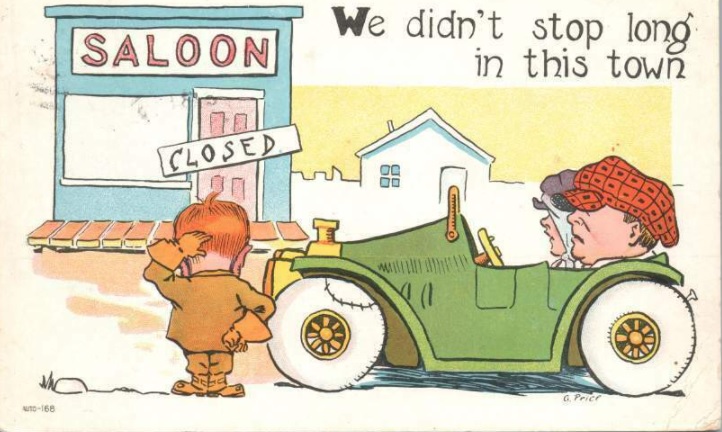 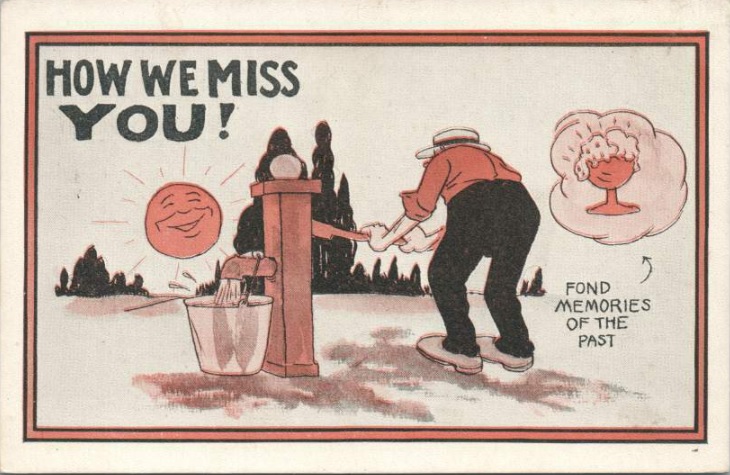 The cards of the era were also argumentative and divisive. 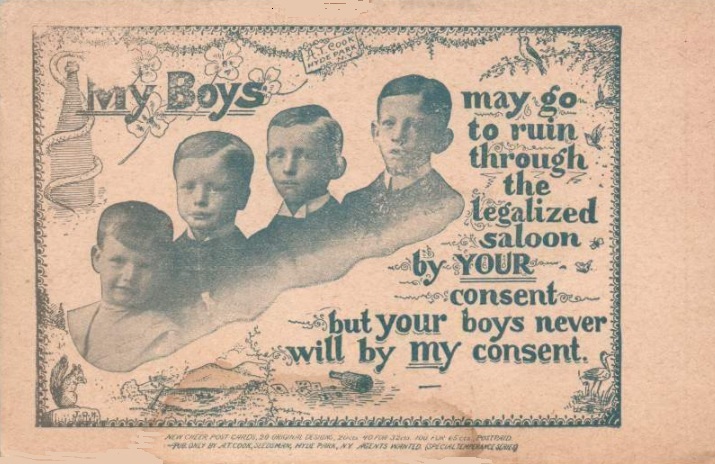 A one time pinch hitter for a friends lawn care service, it was fascinating to observe carved out, open air ‘backyard’ basements. These San Jose properties were built on the fringe of downtown before the depression and by the time the Hungry Thirties appeared, a majority were used to produce wine and spirits. Historians in the 1970s lectured that the police turned a blind eye because they would trade goods and perform services which to obtain these illegal liquids.

My grandfather was a musician, and played in many speakeasies during Prohibition, but as far as I know was never arrested during a raid.