Do They Have a Punch?

After the Revolutionary War and the War of 1812, our British cousins and we Americans have lived within the boundaries of two centuries with much in common. To that end, George Bernard Shaw once mused that we were two countries separated by a common language. A good example of our sameness is that we once fought the afore mentioned wars against each other, but today we consider the United Kingdom our most trusted ally. Listing the many other ways in which we are alike would take several pages. The one notable exception would be humor. To give this article postcard credibility, every postcard collector’s favorite Anglophile, Hal Ottaway, should be consulted. He was asked for his input and Hal has expressed a fair measure of agreement. Plainly stated, but still likely to beget severe disagreement comes this generality: the British have a very subtle sense of humor, whereas we Americans prefer a more “in your face” approach to a good laugh.

In the vernacular, a British belly laugh amounts to a Tah-Ha at the same joke that would knock an American down to the floor in fits of gasping laughter.

Each one of the Tuck’s Good Jokes from PUNCH postcard series had its origin in the PUNCH humor magazine founded by Henry Mayhew and Ebenezer Landells in 1841. Mayhew, an on again-off again playwright worked as co-editor with a gadabout town Londoner named Mark Lemon. Landells fancied himself an artist and illustrator. His skills as a woodcarver gave him the opportunity to have his name on every piece published in Punch. Landells’ woodblocks were legendary. It was Landells who was primarily responsible for the re-defining of the Italian word cartone and the Dutch word karton into a seldom before used in English word, cartoon that took on a new definition as a humorous illustration.

Punch enjoyed an exceptional run of good luck from 1841 to 1992 – somewhat of a publication record – in that within 151 years only two issues (during World War I) were missed. The publication enjoyed a short revival in 1996 that lasted until the final closing in 2002.

It should come as no surprise that these cards were marketed only in Great Britain. Certainly there are good reasons; one of which can be explained in just a few words: these jokes are not funny when read (or heard) out of context.

A perfect example appears in our featured card. It takes little imagination to recognize the absurdity of a woman standing in the rain arguing over the price of a cab ride. The cabman has told her his price is half-a-crown, but she thinks his price should be eighteen pence. The perspective passenger knows this because she looked it up in “Bradshaw’s.”

One characteristic of humor is knowledge! Without understanding the circumstance of a joke why would it be funny? If readers from a different generation knew what “Bradshaw’s” was, this joke may well be fall-down hilarious! Who knows?

There are theories that struggle to define humor and its social function. None of them work! Furthermore, the same theories try to explain what is humorous. Do you remember the M*A*S*H episode when Hawkeye receives a letter from his father that reminds him of the funniest “clean” joke ever told? When Hawkeye tells the joke, no one laughs, but when B. J. repeats the joke, everyone keels over laughing. It goes like this: there is a young boy who taught himself to fly. He runs away from home to join a circus. In an audition before the boss, the boy climbs to the top of the circus tent’s center-pole and while flapping his arms he flies around the tent in loops and dives, then lands at the ringmaster’s feet. He draws himself up tall and asks the ringmaster what he thinks of his act. The ringmaster’s reply is simply, “Is that all you do? Bird imitations?”

For the sake of argument, this joke is funny, but only because B. J. could tell the joke better than Hawkeye.

Someone, other than I, should say there are no bad jokes, just dumb ones or stupid ones. We should all agree.

Here are examples from four of the Tuck’s Good Jokes from PUNCH series. If there is a joke that makes you laugh, tell us why you laughed in the comments section below. 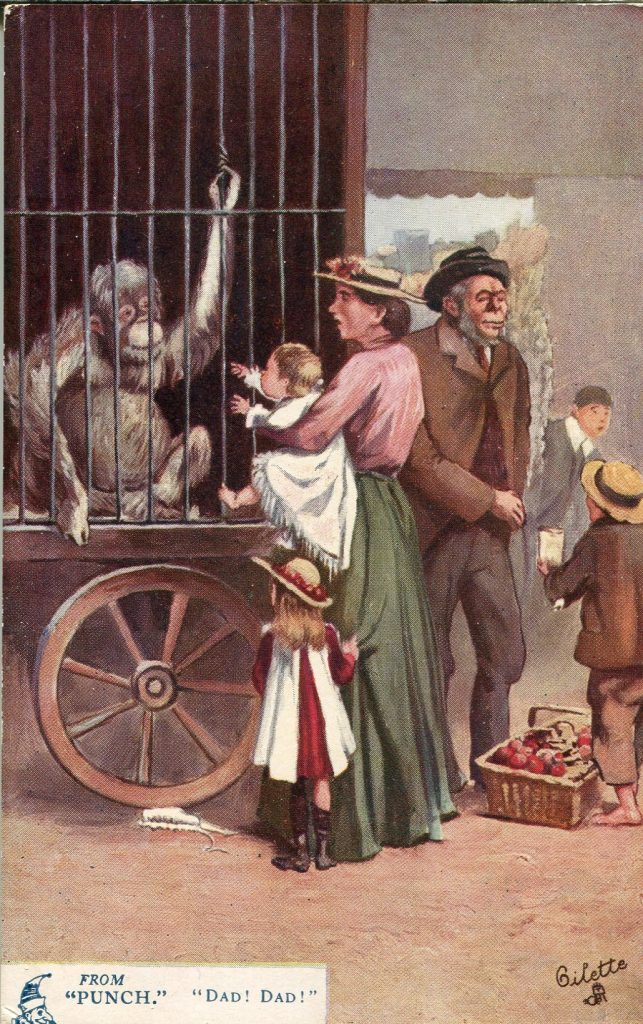 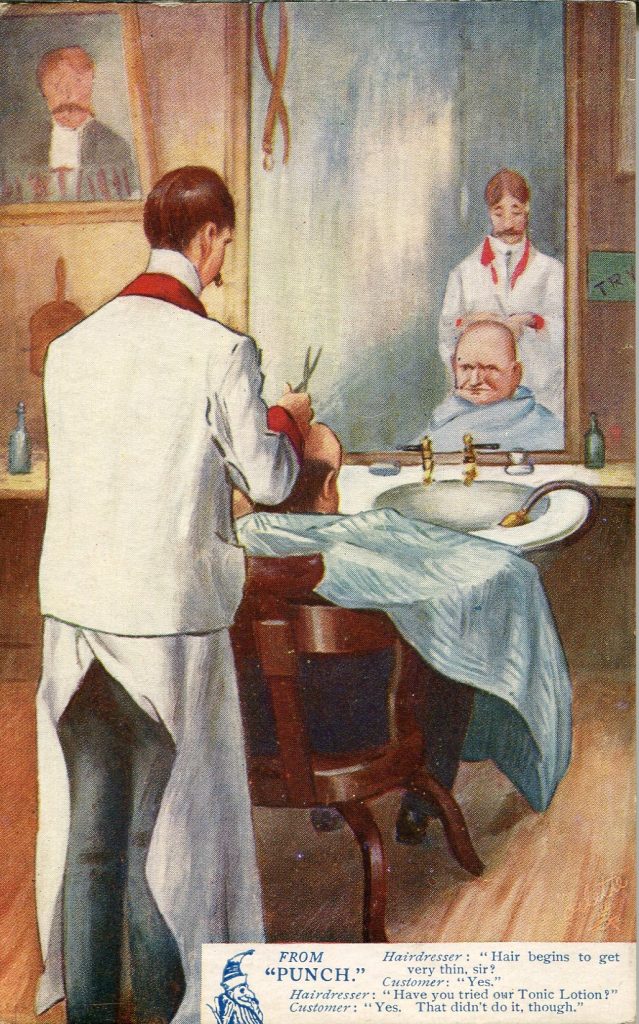 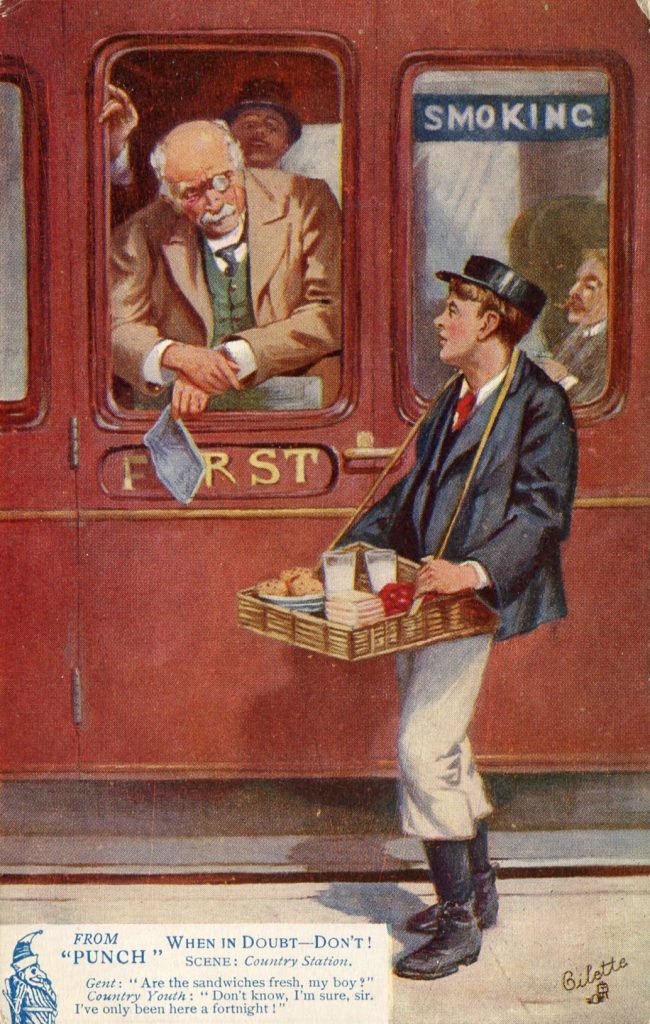 Gent “Are the sandwiches fresh, my boy?”

Youth “Don’t know, I’m sure sir. I’ve only been here a fortnight” 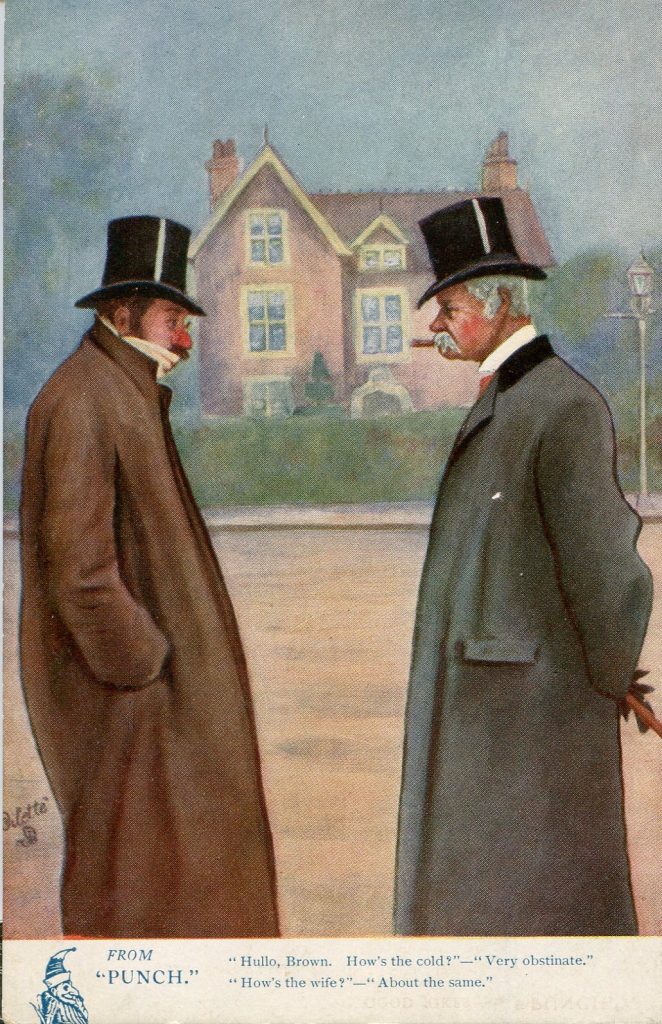 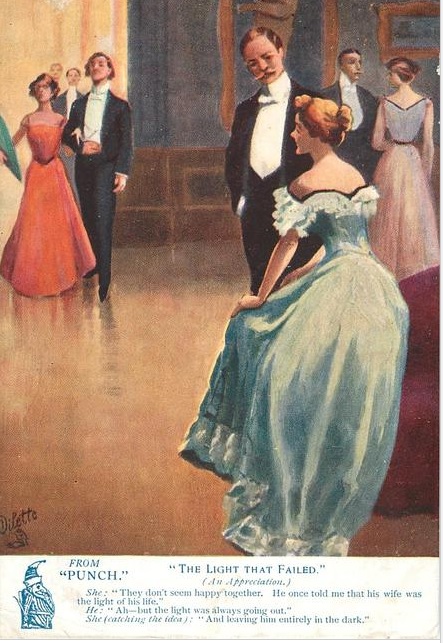 She “They don’t seem happy together. He once told me that his wife was the light of his life.”
He “Ah-but the light was always going out.” She (Catching the idea) “And leaving him entirely in the dark.” 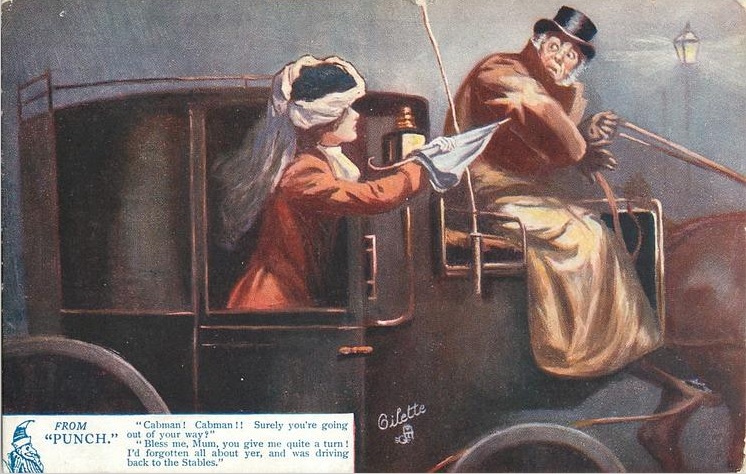 Passenger “Cabman! Cabman!! Surely you’re going out of your way?”
Cabman “Bless me, Mum, you give me quite a turn! I’d forgotten all about you and was driving back to the Stables.” 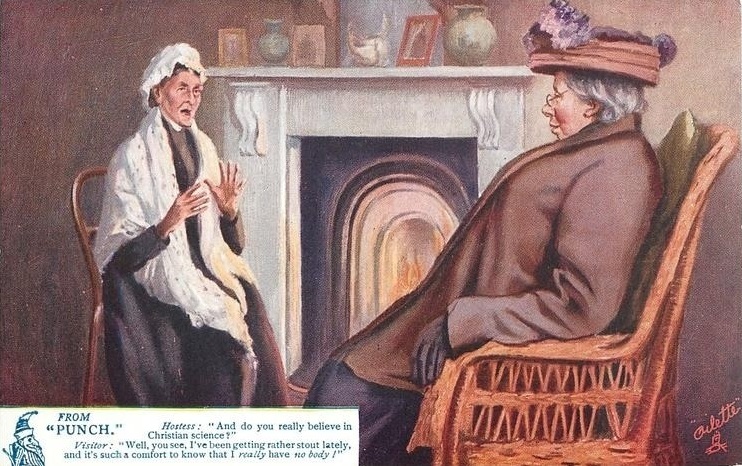 Hostess “And do your really believe in Christian Science?
Visitor “Well, you see, I’ve been getting rather stout lately, and it’s such a comfort to know that I really have no body!”

Ray Hahn is a retired educator, but he has never stopped teaching. His decades of researching, writing and editing a newsletter for the South Jersey Postcard Club has been a world-class education in trivia. In addition to postcard collecting, Ray’s other interests include history, genealogy, and touring the world with his wife Marie. Ray often advises his readers to "Join me as we explore the world one postcard at a time." Ray and Marie live in New Jersey.
PrevPreviousWish You Were Here – Not Really!
NextTin Can Tourists CampsNext
6 Comments
Oldest
Newest Most Voted
Inline Feedbacks
View all comments
Terri

Great article, thanks for researching.

Interesting article – good to know about the long publication history of PUNCH and how clever Tuck & Sons were to capitalize on the popularity. I thought the joke about the light going out was funny.

I thought they each deserved a chuckle, except the next to last. Even with my dad being British, that went over like a lead balloon for me. Sorry, Ray. I did like the article, though.

I “got’ all the jokes, slight though some of them are. I agree with Ashli that the “light going out” gag was the most noteworthy.

Yes, most interesting postcards, Thanks for posting.