The most disappointment in a child’s life is the day he learns that Santa Claus is just a legend.

A second day of disappointment may very well be the day that a “Son (or daughter) of Eire” learns that St. Patrick was not Irish. Maewyn Succat, the young lad who grew up to become St. Patrick was born in England.

Hopefully, this disappointment doesn’t overwhelm you. Here are some interesting Irish facts: 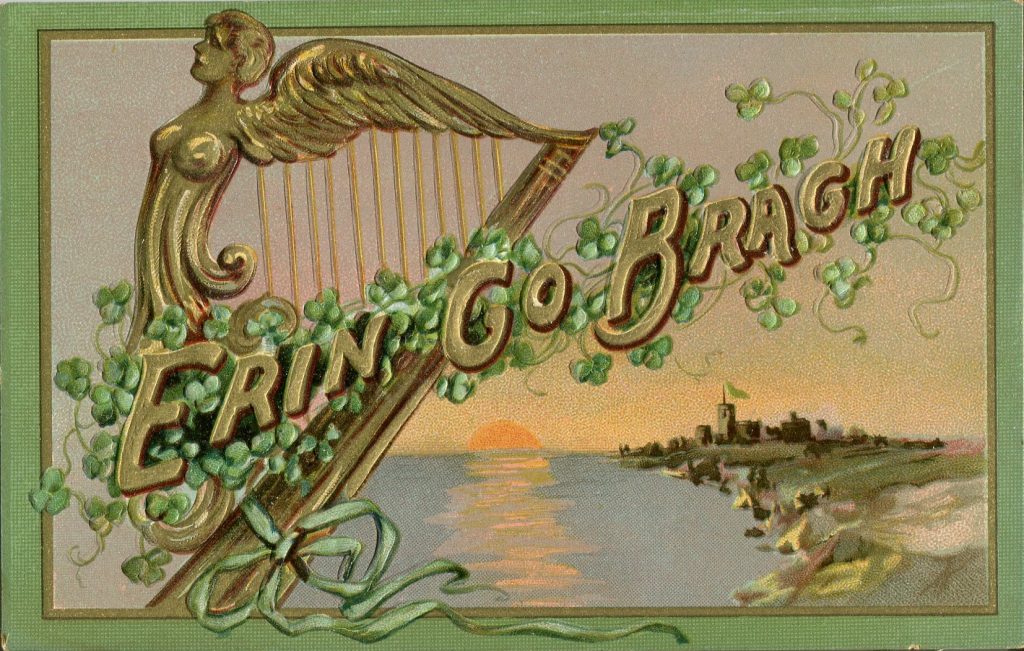 Ireland is about the same size as South Carolina.

The Harp has been a heraldic symbol of Ireland since the 1250s. In Ireland it is known as a cláirseach.

The Shamrock is another symbol of Ireland. It is thought that Saint Patrick used it as a metaphor for the Christian Holy Trinity. The name shamrock in Irish is seamróg.

Finally, the Horseshoe is yet a third symbol of the Irish. Often “lucky” horseshoes inscribed with the traditional Irish greeting “Céad Míle Fáilte” are buried in time-capsules or the cornerstones of new buildings to bring The Luck of the Irish to all whose shadow may fall upon  these floors.

St. Patrick’s Day – March 17 – is the world’s oldest one-day festival based on a legendary religious personality.

Now, can you withstand one more disappointment?

The annual celebration of St. Patrick’s life did not begin in Ireland. It all started around 1601 in St. Augustine, Florida – 420 years ago.

From Internet sources we learn that a history and politics professor at a Florida university has studied old Florida records for decades and was surprised to discover this information on a St. Patrick’s Day celebration written in Spanish.

In March 1601, St. Augustine’s residents met and marched through the city’s streets to honor a saint who assumed a privileged place in the Spanish garrison town. The parade was in celebration of an act by the town folk that had, just weeks before named St. Patrick as the official protector of the city’s corn fields.

A life-long resident of St. Augustine is quoted as saying, “The history of St. Augustine, its diversity, and place in American heritage is often overlooked by people who do not live in northeast Florida.”

He continues, “Yet, it is a city of firsts and oldest in terms of the country’s European ancestry. The discovery of this particular tradition only adds to the city’s mystic and place. The discovery of these documents adds to St. Augustine’s cultural heritage.”

“Today, St. Patrick’s Day is one of St. Augustine’s most popular celebrations, but its early seventeenth-century origins have long been forgotten.” 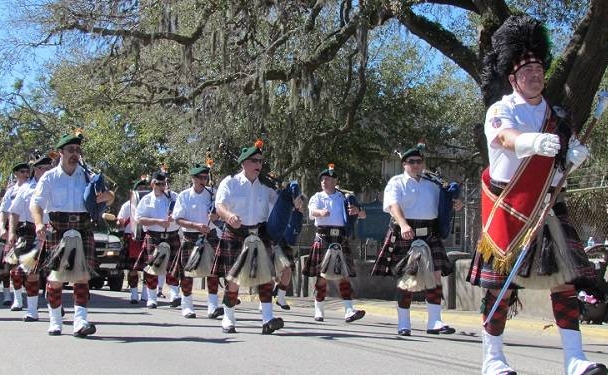 The Irish march by the Spanish moss!

Boston and New York have long claimed to be centers of Irish immigration to America and each city marched in parades long before there was one in Ireland. Boston’s first was in 1737; New York’s first march was in 1762.

The first parade in New York was March 15, 1762, in lower Manhattan around Bowling Green. Before then St. Patrick’s Day was a Catholic feast day when a Irish themed mass was presented and nothing more. At the parade Irish soldiers within the British Army joined the march. It was every New Yorker’s claim that this would spark a celebratory trend worldwide.

Boston, otherwise, can claim the first celebration but not first parade. On March 17, 1737, as a gesture of acceptance aimed at the city’s new Irish immigrants, Boston’s Irish community invited the newcomers to an Irish festival that became a neighborhood tradition.

Something that should not surprise anyone (or at least postcard collectors and readers of Postcard History) is that Raphael Tuck and his sons took advantage of the St. Patrick celebrations to sell postcards.

The most popular of the St. Patrick holiday set is Series #177. It is an early set, but not entirely new. Other older issues with the number “157” was included, bringing the set to market in Ireland, the United Kingdom and the United States as one of the largest Tuck sets ever published – twelve cards!! 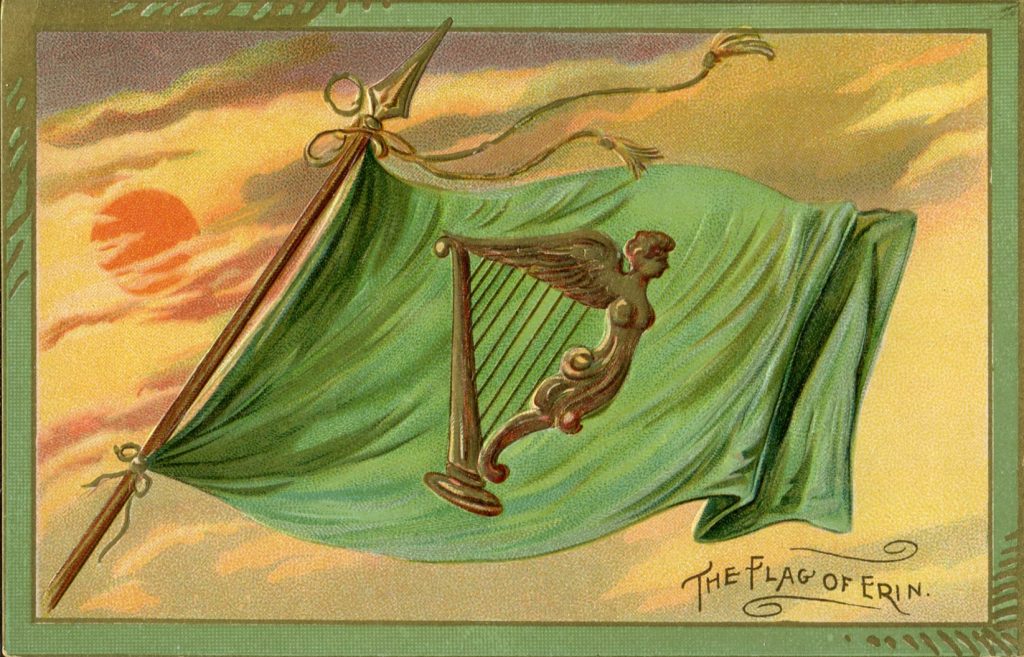 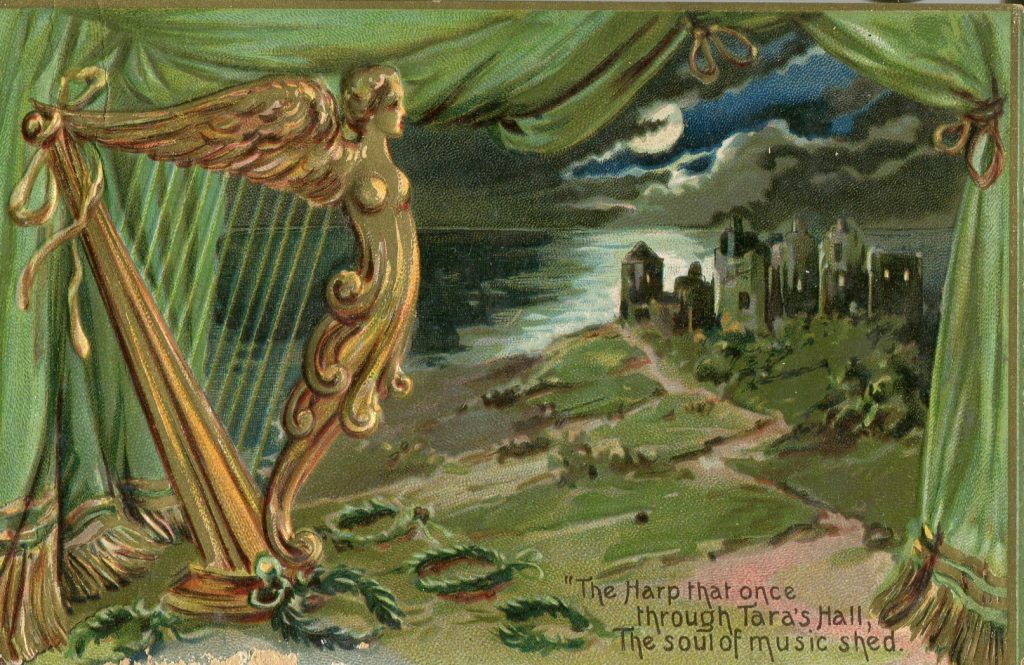 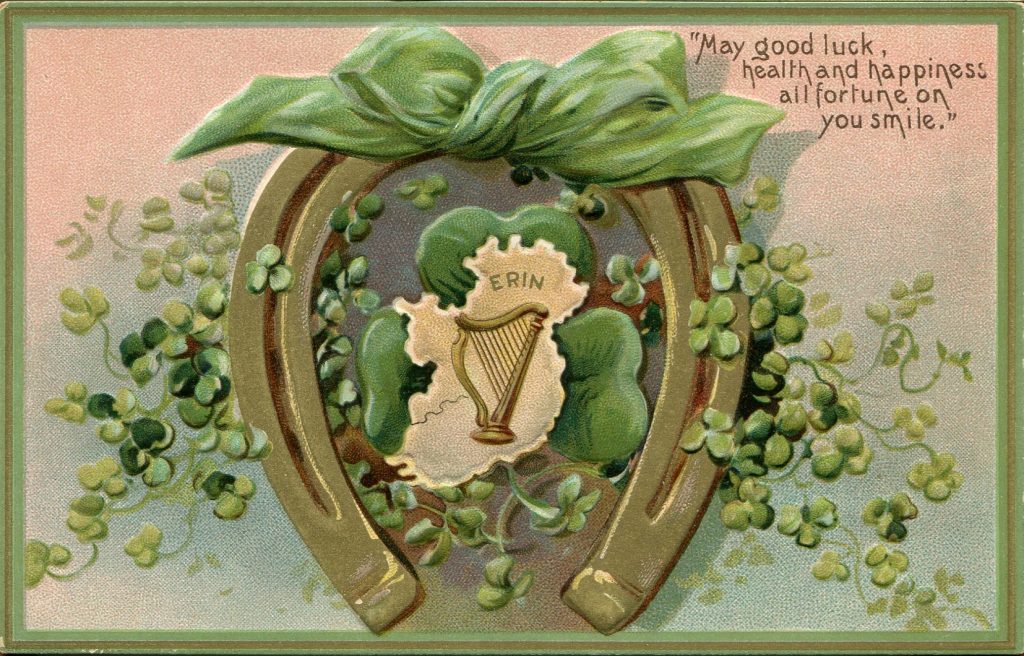 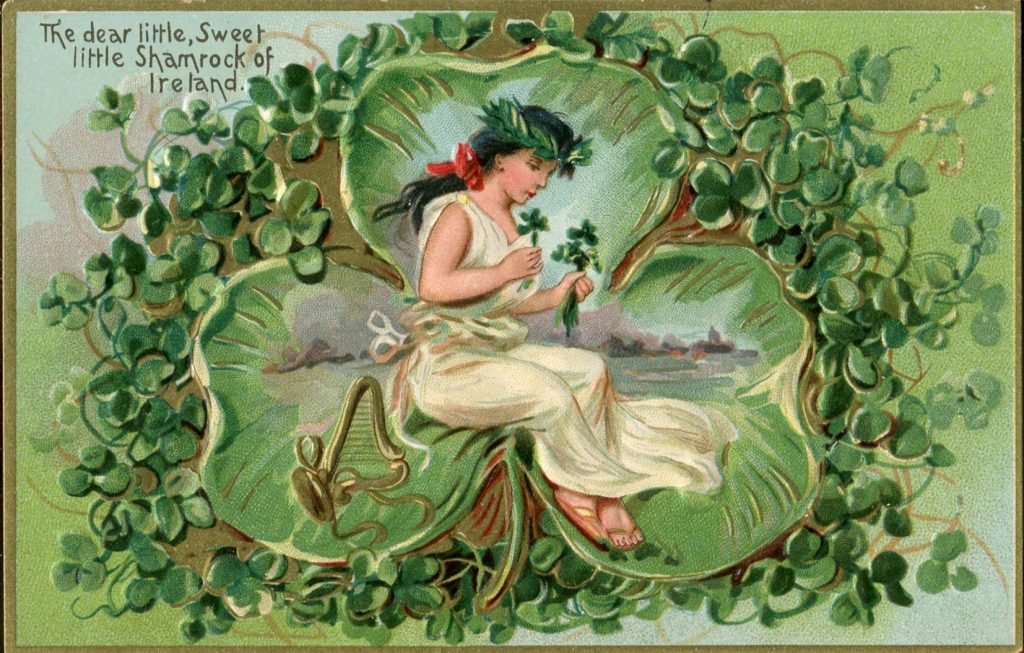 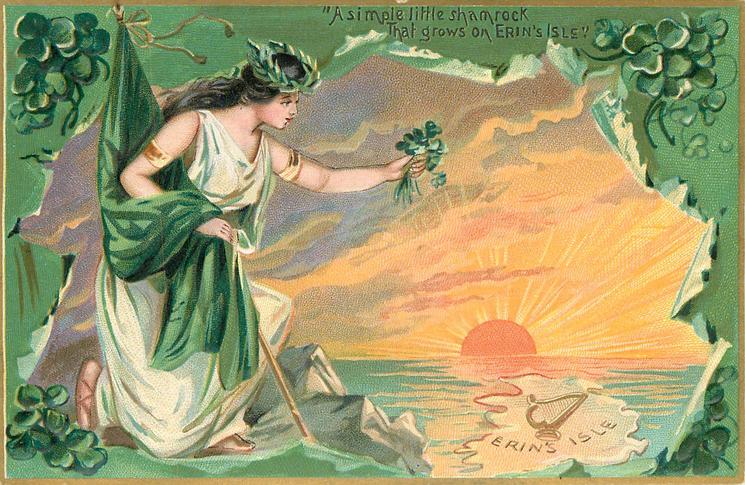 The Staff of Postcard History offers this article for your enjoyment. It is a combined effort of many: our publisher, editor, webmaster and collectors/contributors far and wide. Please use the COMMENTS feature below to let us know how we're doing.
PrevPreviousJamestown’s First Cow
NextIn the Land of the MaplesNext
4 Comments
Oldest
Newest Most Voted
Inline Feedbacks
View all comments
Joe Hohmann

Thank you for this story, I collect pre-1915 holiday postcards, which includes one of my favorites, a St. Patrick’s Day card. 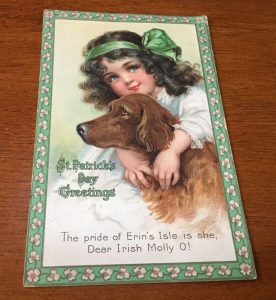 No matter how gray the day may be, when I see the stories from this site in my email the sun shines. Always, and this story is particularly bright for me. Postcards are such a unifying force in human history. I wish all my friends understood.

As I type on this St. Patrick’s Day, I’m wearing a white T-shirt with a logo that’s primarily blue but does feature a bit o’ the green.

I love St Patrick’s Day. And I am always on the lookout for postcards I haven’t seen yet celebrating the day. Thanks for a very interesting article!☘️