Andrew January was a retired doctor I met a few years ago in Mississippi. Andy volunteered at a veterinarian’s clinic; the only things Andy loved more than animals were baseball and postcards.  After a few conversations with Andy, I learned about his postcard collection and that his favorite player was Stan Musial. On the third day of my stay in Mississippi Andy told me this story. 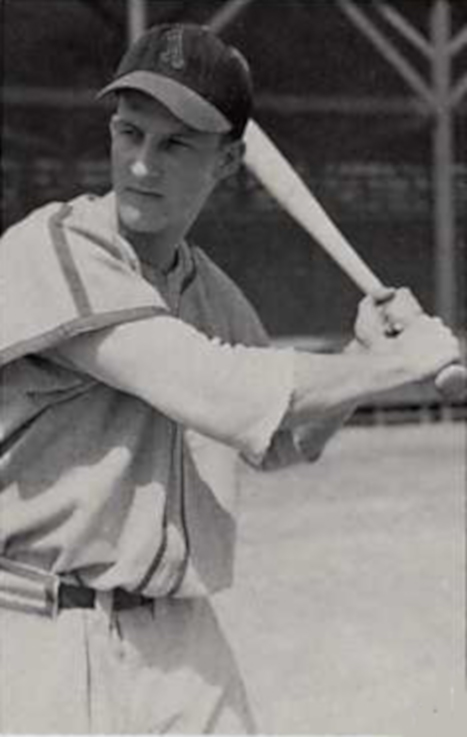 “My postcard collection is mostly baseball,” said Andy, “and this is my favorite.” He was handing me the card you see here. It is a card of Stan Musial when Musial was about 28 years old, and although it looks like a real photo card, it is a printed card from a Chicago firm. I took the card from him and felt a sense of history, as Andy said to me, “It reminds me most of the day I met him.”

The next few minutes proved that most of us old guys have the most fun remembering the past. “I met Musial in 1953, he was 33, I was 13. The only thing he said to me was ‘How’ya doin’ kid.’ He shook my hand and then he was off to talk to all his other fans.”

Andy continued, “You know, I collect any baseball postcard, from stadiums and famous players to sand-lots where kids play on summer afternoons, just for fun. But, more than anything else about baseball, I have always loved Stan Musial like he was my older brother.” Andy then told me this story.

“Stan Musial never got thrown out of a game. Never. Think about that. He played in 3,026 games in his career, or about as many as his contemporaries Joe DiMaggio and Johnny Pesky played combined. He played across many different American eras — he played in the big leagues before the bombs fell on Pearl Harbor and he retired a few weeks before Kennedy was shot. He played when Jimmy Dorsey and Glenn Miller ruled the Top 40 charts, and he played when Elvis was skinny and when Chubby Checker twisted. He played before television and after John Glenn orbited the earth. And he never once got thrown out of a baseball game.

“There was a game in 1952, the year the Today show came to television and the Diary of Anne Frank was published.

“The Cardinals trailed the Brooklyn Dodgers by two runs in the ninth. The bases were loaded. There were two outs. Musial faced pitcher Ben Wade. The two battled briefly and then Musial connected — a long home run to right field. A Grand slam! Everyone in the stadium stood and cheered wildly — what could be bigger, a grand slam in the ninth to beat the hated Dodgers. I don’t know why everyone hated the Dodgers, but that’s what we called them – the hated Dodgers.

“Musial started to run around the bases in his own inimitable way, not too fast, not too slow, all class. It wasn’t until he rounded first and was closing in on second when everyone seemed to notice at once that the third base umpire was holding up his arms. A ball had rolled on the field just before the pitch. The umpire had called timeout.

“Home plate umpire, Tom Gorman, realized he had no choice. He disallowed the home run. The fans were mad. The St. Louis manager, Solomon “Solly” Hemus, raced from the dugout, got into Gorman’s face and called him every name he could think of — finally Gorman had no choice and threw him out of the game.

“Peanuts Lowrey came in like a tag-team wrestler and picked up where Solly left off — Gorman tossed him too. Before it was done, Gorman threw out six Cardinals. He must have looked like the sheriff clearing out the saloon in one of those old Westerns. You know the kind; it’s when cowboys come flying through plate glass windows. 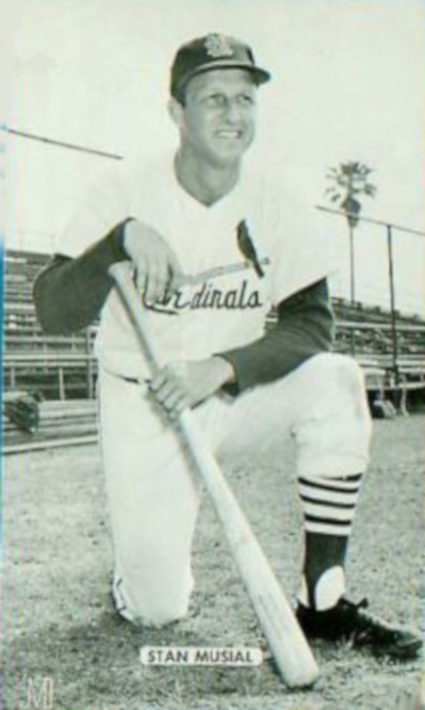 “And then Musial, who in the confusion had not been told anything, walked over to Gorman. He calmly asked, “What happened, Tom? It didn’t count?”

“Gorman nodded sadly and said the third base umpire had called timeout.”

“Well, Tom,” Musial said, “there’s nothing you can do about it.”

“Stan Musial stepped back in the batters-box while fists shook and boos and threats echoed around him. It was one of those real ugly situations when there could have been real trouble, but Musial was always the one guy who could control a crowd just by not losing his temper. Wade threw his next pitch and Musial promptly tripled off the top of the center field wall to score three runs and give the Cardinals the victory anyway.

‘Tom Gorman, usually a man of few words, said after the game ended, ‘Stan Musial is certainly in a class by himself’.”

This article appeared in an earlier form in the South Jersey Postcard Club’s McClintock Letter of November 2008, Page 8.

Dr. Donald T. Matter, Jr., was a retired eye-surgeon from Long Island, NY. After giving up his practice, he moved to Arizona, but continued to collect postcards. He also traveled the globe doing eye-surgery on animals. When Don passed away his collection of more than 30,000 cards was auctioned.
PrevPreviousIt isn’t déjà vu, but I guess it’s close.
NextHave Gun Will TravelNext
3 Comments
Oldest
Newest Most Voted
Inline Feedbacks
View all comments
Peter Senft

First game I ever went to: 1954 or 1955. Giants vs the Cardinal in the old Polo Grounds in NY. Just think… I got to see Musial, Boyer, Schoendienst, Moon… Some of the great characters of baseball… Good ball players… Then on the Giants side: Mays, Thompson, Lockman, Maglie… What a way to grow up… Musial was definitely class…

I grew up in Brooklyn, and we called the Dodgers. “Dem bums” I don’t remember calling them hated, but I guess that’s because we loved them

Musial died in 2013, about five years after this article was written. Although he was still with the Cardinals when I was born, he retired before I became a baseball fan.