It isn’t déjà vu,
but I guess it’s close. 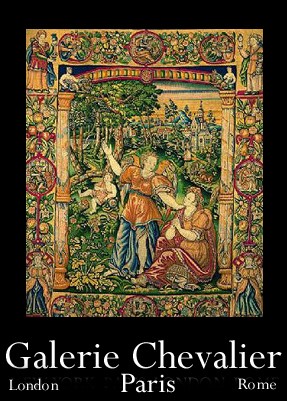 Until I found this postcard, I knew nothing about the Chevalier Gallery in Paris.

Galerie Chevalier is a carpet store. Well maybe a bit more than a carpet store. Chevalier has been in business since the late 1700s. They proudly announce on their website that they sell and service both antique and modern tapestries, they repair and clean both oriental and European rugs and they sell upholstery textiles with ethnic and historical provenances.

Galerie Chevalier claims it sells with utmost discretion to the world’s most famous museums, decorators, designers and collectors.

One absolutely fascinating business practice at Chevalier is that they save the dust that is vacuumed out of old rugs and tapestries. The collections are kept in labeled containers but no one remembers why it is done. Data on the bottle labels include the owner’s name and contact information, as well as a complete description of the item, the date the item was cleaned. Also, repairs, if any, are listed, thread count is confirmed, dyes are identified and the dust is analyzed for particle count and content. 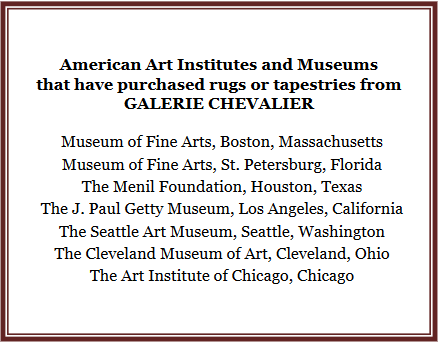 Soon after I found this card, I read a book entitled Wine and War; it is a collection of stories compiled from interviews with the families of France who lived and earned their livelihoods in the wine business during the late 1930s and early 1940s. Don and Petie Kladstrup, the authors, tell how ordinary people had to deal with the mistakes of their politicians and the menace of an invading army.

During the war, the German leader gave his high command generals permission to confiscate French wine cellars and to transport the contents to secret caches across their national border. This prompted the French to use any manner of foolery to prevent the thievery. Some built brick walls in their cellars to hide the old vintages and then purposefully exposed to general view only the least desirable wines.

To make the lesser wines appear to be long-stored treasures, the wine makers would send for dust from Chevalier and then sprinkle it generously over thousands of bottles of new wine. For the most part the trick worked. The French wine makers who were interviewed for the book told of how they fooled the enemy into drinking lots and lots of some of the worst vintage wines in the country.

Less than a week after reading Wine and War, I was listening to National Public Radio’s science correspondent Robert Krulwich. He told the story of how medical researchers are narrowing down the causes of allergies and infectious diseases. He said much of the work being carried on is done in Europe, and since allergies are becoming a world-wide problem of nearly epidemic proportion, there is a team of scientists using particle analyzers at the Louis Pasteur Institute in France.

The researchers are attempting to determine what particulates are in the atmosphere today that were not present before modern contaminates such as hydrocarbons from burning fossil fuels. Those researchers are using dust from Chevalier to make many of their determinations.

And of course, as things always happen in threes . . . 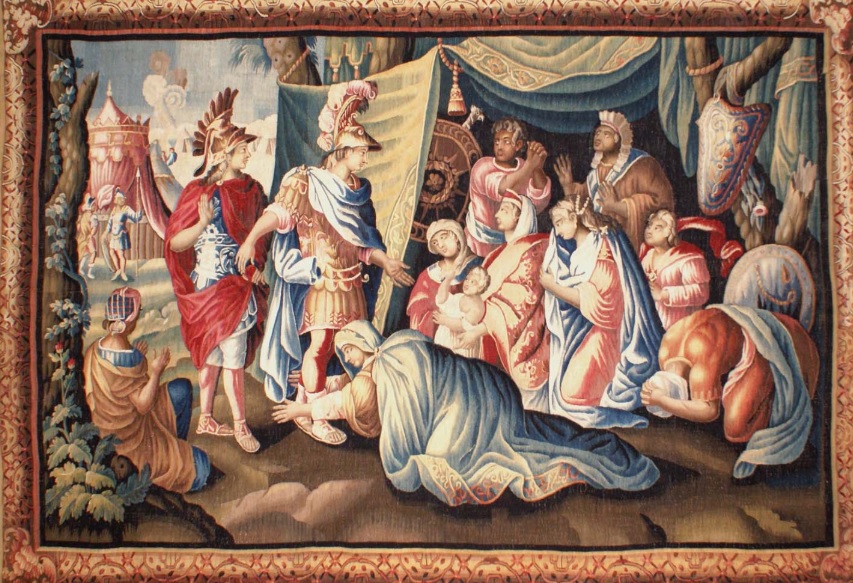 Later that year, at the Garden State Club (New Jersey) show, I happened across this postcard. It is a typical rack-card that advertises antique carpets and tapestries for sale at — you guessed it —Galerie Chevalier. Other postcards featuring Chevalier have been impossible to find, but I do have a few showing rugs and tapestries similar to ones found on Chevalier’s website.

Now I have literally read about, heard about, and seen a Chevalier postcard. Perhaps I should plan a visit. Can anyone think of better reasons for going to Paris? What’s the adage, “ashes to ashes; dust to dust?”

This article appeared in an earlier form in the South Jersey Postcard Club’s McClintock Letter of October 2007, page 6. 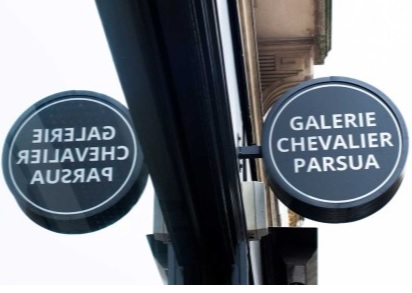 Surprisingly, the Paris Metro, make its riders aware of the station adjoining to the gallery.

Ray Hahn is a retired educator, but he has never stopped teaching. His decades of researching, writing and editing a newsletter for the South Jersey Postcard Club has been a world-class education in trivia. In addition to postcard collecting, Ray’s other interests include history, genealogy, and touring the world with his wife Marie. Ray often advises his readers to "Join me as we explore the world one postcard at a time." Ray and Marie live in New Jersey.
PrevPreviousGive Chrome Postcards Some Respect
NextAndy’s Story of Stan MusialNext
3 Comments
Oldest
Newest Most Voted
Inline Feedbacks
View all comments
Shav La Vigne

Postal History is the best place I have found for articles involving postcards! Every one is interesting and educational. You have a true and continuous fan. Thank you!

I find all trivia to be so interesting! It is what is most frequently left our of the history books, but truly adds a personal bit of humanism to the time.