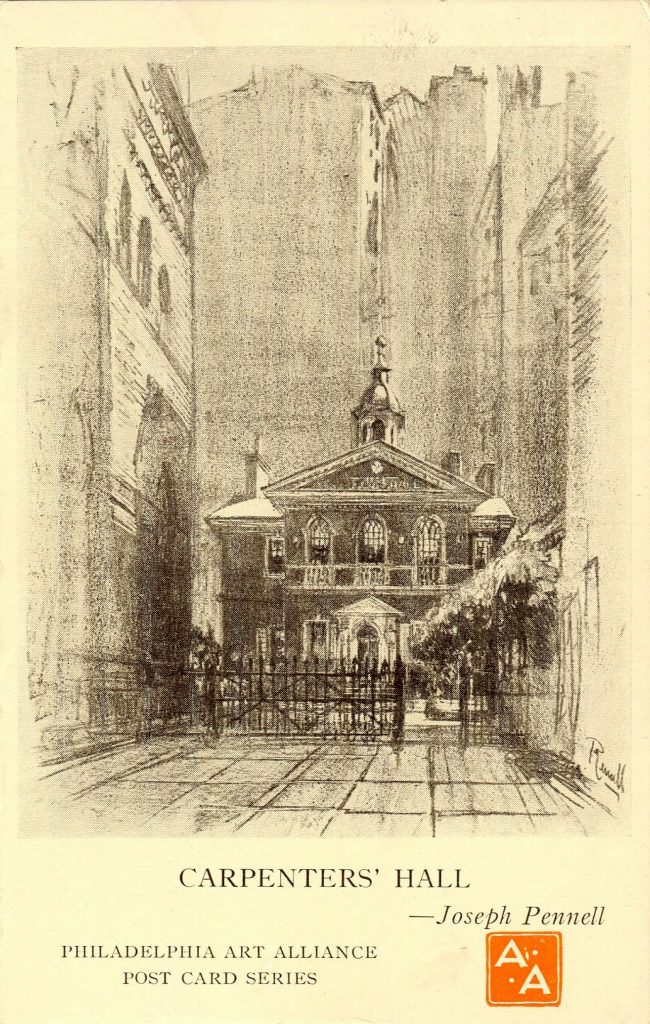 Carpenters’ Hall has so much history associated with it that dozens of books could be filled with its stories.

The oldest trade guild in America, the Carpenters’ Company of Philadelphia, has owned and operated the hall since 1771. The Hall has been home to a host of firsts including the First Continental Congress, Benjamin Franklin’s Library Company, the American Philosophical Society, the First and Second Banks of the United States – just to name a few. It was also the site of the first American bank robbery.

It may seem strange that the largest bank robbery of 18th century America took place inside Carpenters’ Hall; however, the Hall was the temporary home of three banks.

The banks provided rental revenue for the Carpenters’ Company and the building provided a secure site for the bank’s holdings while they put up their own buildings.

This is the story. In late summer 1798, the deadly yellow fever was raging in Philadelphia and about 1,300 Philadelphians would die. During the night of Saturday, August 31 or the morning hours Sunday, the enormous sum of $162,821 was taken from Bank of Pennsylvania vaults inside Carpenters’ Hall.

Patrick Lyon, a well know Philadelphia blacksmith was accused of the crime.

Postcards of Carpenters’ Hall are found at every dealer’s table who sell Philadelphia views. They are plentiful.