Copernicus, Science and the Church

I slept in a London hotel on a Saturday in May 2010. Sunday morning I went downstairs for breakfast a few hours before my flight to Philadelphia and while waiting for a full-English fry-up, I chose a newspaper from the rack by the door and found the following banner headline:

After 467 years, Copernicus gets a hero’s burial
Somewhat belated Vatican U-turn sees
astronomer taken from unmarked grave
to a place of honour. 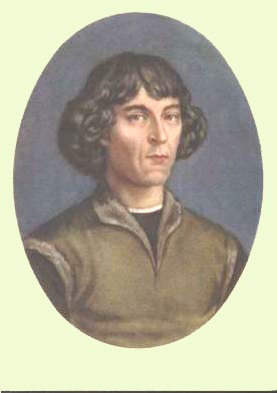 He has been away from his grave for nearly five years.  Why?  Because, in 2004 a local bishop asked the scientific community in and around Frombork, Poland, to find Copernicus.  (The bishop was unwilling to share what his motive was in making the request.)  It took more than a year, but a team of forensic specialists did what they were asked and they weren’t the least bit concerned about an exhumation that would cause international concern.

The search began in the floor of the local cathedral in 2005 using ground penetrating radar. The process took months but the unmarked grave was located and authenticated.  In a subsequent stage of the investigation, a skull and some bones of a 70-year old male – the age Copernicus was when he died were subjugated to comparative analysis using DNA that was successfully extracted from a tooth in the skull. That DNA extraction was further compared to a hair that was found over 100 years ago in a book authenticated as belonging to Copernicus. The entire process has taken nearly five years, but these facts have enabled the scientific community to conclude they have achieved their assigned task.

Let’s pause here to learn what caused a rift between the church and its once devoted canon and doctor, Nicolaus Copernicus.  The answer is one word: science.  Today it is almost too difficult to fathom how a subject that is taught to third graders could cause such a disturbance in church doctrine and divide secular scholars into camps with myopic philosophies.  We now teach our children that the earth revolves around a stationary sun – it is an integral part of all planetary studies, but at one time, that concept was heresy.

Copernicus never experienced the taunt of church inquisitors or the embarrassment of ex-communication, or for that matter any kind of punishment.  When he died he was a virtually unknown astronomer.  His theory, however, that of Heliocentrism put forth in his only book, On the Revolutions of the Heavenly Spheres, sure took a beating when those in the centers of European learning discovered his calculations and observations of the heavens removed Earth from the center of the catholic (lower-case “c”) universe.  Interestingly Copernicus took receipt of a printed copy of his book only on the day before he died in 1543.

If you would like to know more about Copernicus and his theory, there are hundreds of websites where you can learn details.  Simply Google Copernicus and you will find a week’s worth of readings covering topics from his scientific and mathematical theories and his early life to his re-entombment in the same grave he was taken from in 2005.

Please exorcise any thought you may have that I’m bashing the Catholic Church.  I would never do that, but there is an element of amusement in the fact that science – especially the kind we see CSI (crime scene investigation) teams doing on TV three or four nights a week – has reinstated the worthiness of a man’s life work and helped the person himself rejoin the church as a hero of scholarship and a scientific pioneer.

I own only one postcard showing Nicolaus Copernicus.  It is nothing special; it is old, not too clean and the caption on the address side is in a Cyrillic alphabet.  It is almost embarrassing to offer it as my only illustration, but the man in the picture would be totally mortified if he knew all these 476 years after his death that he was even portrayed in such a manner.