[Editor’s Note: This article was written in 2005. Postcard History is please to reprint it to honor a lady of courage and achievement. It is likely that it is no longer totally accurate.] 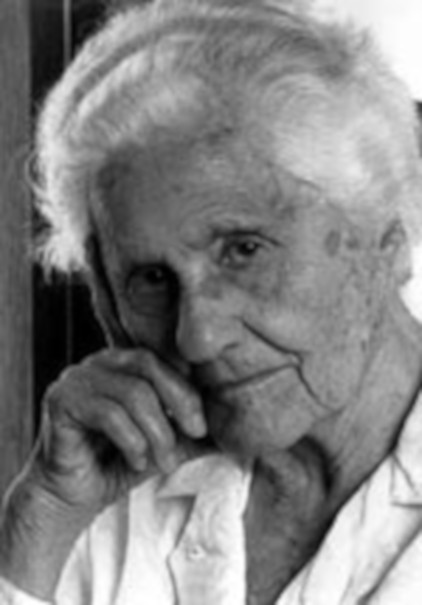 Eva Zeisel is 99 years old. She works every day and without a doubt, even though you may not know her name you know about her life’s work. She has been a ceramics, glass, and pottery designer for more than 80 years. It is almost a certainty that you have eaten many meals from china designed by Mrs. Zeisel. 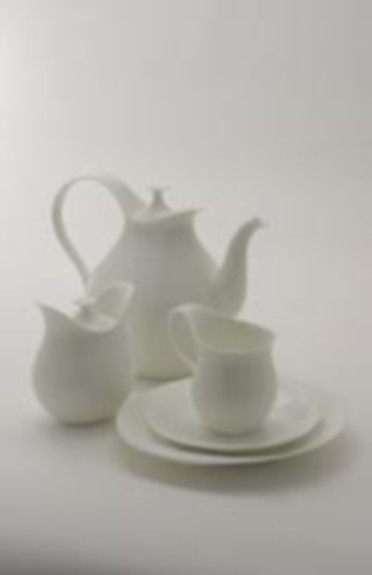 Born in Budapest in 1906, Eva Stricker was admitted to the Royal Academy of Fine Arts at age 17. She wanted to be a painter, but her mother prevailed upon her to learn some trade whereby she could earn a living. Eva apprenticed herself to a traditional potter and began learning her trade. The life of the apprentice in any of the trades was not always easy or pleasant, but Eva persisted and soon graduated to journeyman status. Just a year afterward (1926) her work was displayed at the Philadelphia Sesquicentennial, where she won an honorable mention.

By 1930 she was working as a designer in the Kispester Factory in Budapest. She then advertised in the trade papers that she was a qualified journeyman seeking a position and received several responses. When asked why she chose the particular job she did, she replied, “Because it was the furthest from home.” She wanted to travel and widen her experience of the world and at the same time increase her skills. She moved to Berlin and then onto factories in Hamburg and throughout Europe.

In 1932 she went to Russia and as an experienced industrial designer she was soon offered a position assisting in modernizing the nation’s ceramics industry. Her efforts were soon rewarded, and she was transferred to the Lomonosov Factory in Leningrad – the once Imperial Porcelain Factory. This in turn led to her appointment as Artistic Director for the porcelain and glass industries for the entire country. In 1936, however, she was caught in a Stalinist purge and accused of plotting against Stalin. She was imprisoned for 16 months.

Only days later, Eva left Austria. She traveled to England, where she was re-united with Hans Zeisel, her first love, who had waited seven years for her. They settled in New York in 1938 and became American citizens.

One of her first designs in the US was for Sears, Roebuck, and she has since designed for Hall China, Red Wing China, Castleton China, and for companies in Italy, England, Japan, Germany, China, Ireland, and Hungry.

Her works can be seen in museums in Berlin, London, Paris, Budapest, St. Petersburg, and New York.

According to the Wikipedia article about her, Eva Striker (not Stricker) Zeisel died on December 30, 2011, in New City, New York.