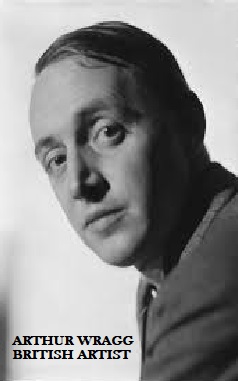 Arthur Wragg died in 1976 at age 73. His life was lived in a totally slapdash fashion. He possessed no organizational skills. He was a troubled youth, having been born in a suburb of Manchester, England on January 3, 1903, then raised in Harrogate with his older sister, Amy. His father was a Lively Polly Soup salesman. His mother, Alice was a telegrapher.

Most of Arthur’s education came from the Sheffield School of Art. When his training was complete he settled in London and freelanced as a commercial artist for most of the next fifty years. His talents were in constant demand. Among the critics, his vivid style was subject to constant debate. Nevertheless, with complete disregard of his detractors, he exerted substantial influence on other popular art forms of the 1940s and 1950s, such as government information posters and advertising. 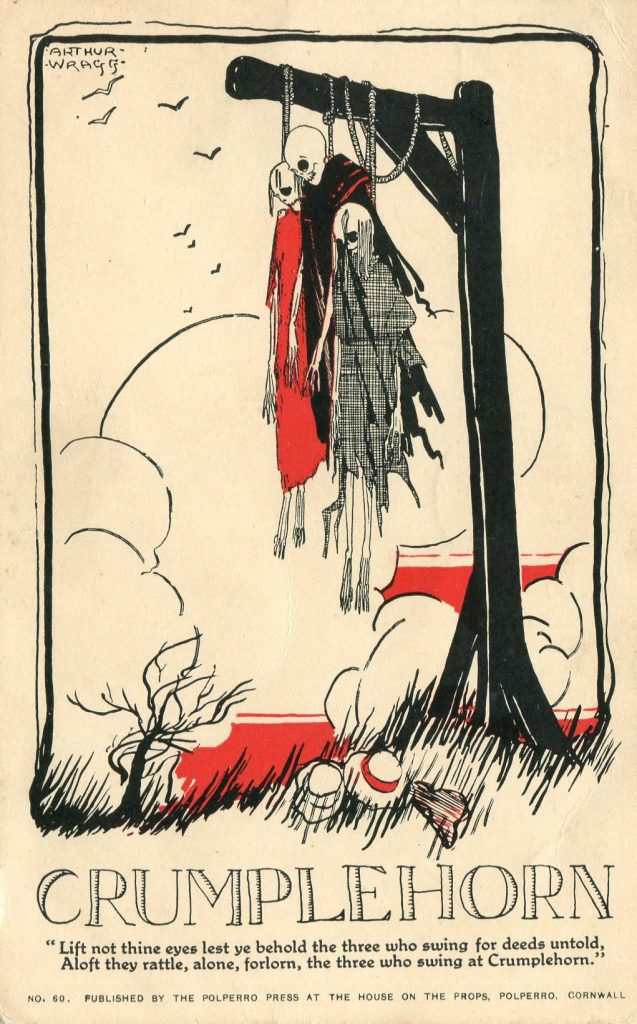 It cannot be confirmed, but has been suggested that around 1935, Wragg was commissioned to do a series of posters to be used in celebration of the 850th anniversary of a tiny village in Cornwall named Crumplehorn. Founded sometime before, but mentioned in 1085 by William the Conqueror in the Domesday Book, Crumplehorn has a storied history. Today it is a much visited fishing village with only two significant sites: The Crumplehorn Inn and the Polperro Heritate Museum of Smuggling and Fishing. 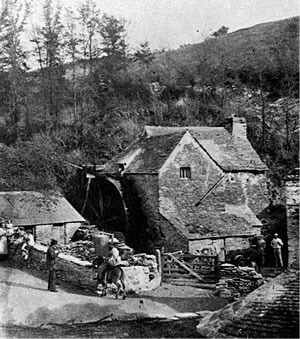 All attempts to learn more about Wragg’s work has failed to glean more about the posters. There is a number (No. 60) notation in the lower left corner, but it seems unlikely that it has any significance. In addition to the image of three naughty souls who did deeds untold, this card carries a stanza of what may be an epic poem detailing events of the past.

Wragg’s art has been recorded in at least one volume entitled, Arthur Wragg: Twentieth-century Prophet and Jester (Sansom 2001). Images from the book, as does the image on this postcard, deal with themes of social alienation and spiritual emptiness. All his work was done for publication, rather than in ‘fine art’ media such as paintings or series of prints. His choice of medium was an ideological one and as a result his art speaks directly to common people rather than to the esthetes.

Wragg continued working after the Great Depression as a book illustrator. His output was an astonishing collection of drawings with political overtones which may have been a result of his change in attitude on social issues and political concerns. By 1940 he became a conscientious objector and was imprisoned during World War II. After the war and his release from jail he became an art teacher in England’s private schools but soon returned to freelance work. His personal style became more airy and more fantastical, and sometimes surreal.

From 1953 until his death he produced illustrations for record covers for the Argo record company.

Hi! I collect Arthur Wragg’s work, and have been interested in his life for many years now. There are one or two minor inaccuracies in this article. Wragg was born in Manchester, and lived for a while in Harrogate, but he considered ‘home’ to be Sheffield, where his father was from and where they spent most of his youth. The Crumplehorn postcard is labelled ‘no. 60’ because it was one of the cards produced by the Polperro Press. Wragg did many of these, though no others were linked to Crumplehorn itself. This image was likely produced sometime around 1924. Where… Read more »

Hi Jon. My Great Grandfather commissioned Arthur Wragg to illustrate a not for sale book Alice Through the Paper Mill to describe the incompetence of the government in managing the distribution of industrial manufacturing during WWII. Happy to provide more information if you’re interested.

Hi Jon, Would like to know a lot more.
David Wragg