Okay, all of you philosophical individuals who collect anthropomorphic postcards; let’s make a list: cats, dogs, rabbits, bears, birds, mice, squirrels, horses, and the list may become infinite. Well, maybe not infinite, but vast. So, what’s Anthropomorphic all about?

Anthropomorphic has two definitions:
#1: as an adjective it describes something as having a human form or human attributes;
#2: it is the act of ascribing human characteristics to nonhuman things. Think about all the hype that the computer-animated road-comedy film, Cars, created in 2006. The Pixar Animated Film Company made cars talk, trucks dance and bulldozers sing.

But wait, what about fruits and vegetables? Certainly! Long before Walt Disney invented Mickey Mouse and Walter Lantz gave a redheaded woodpecker a squeaky voice that only those under six years of age could understand, there was Edith Curtis.

Edith Curtis was born in Gloucestershire, England, in 1881. After a blessed and pleasant childhood with loving parents, Edith was enrolled in a ladies private college and concentrated her studies in preparation for a career in drawing and illustrating. As destiny for some, the muses create situations that make talent more necessary than experience, and so it was when Curtis came upon employment at Raphael Tuck & Sons just before a major expansion of the company in 1904.

Curtis loved the idea of making people smile at her visual creations which often hinted at the absurd and ridiculous. St. Valentine’s Day was her favorite holiday and the Tuck brothers had enough wisdom to give her a free hand. It is unsure, but the postmark dates suggest that the Valentine Garden Patch Series #2 was created for distribution in February 1907. There are twelve cards in the set. All twelve are available with and without a green border, but all (at least those found so far) have divided backs.

Six sample cards are included below. See if you can match the cards to their titles. . .

The twelve titles are: 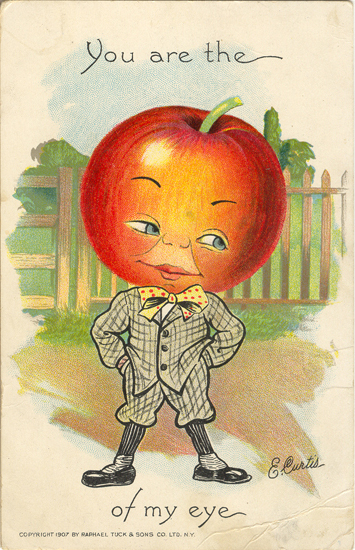 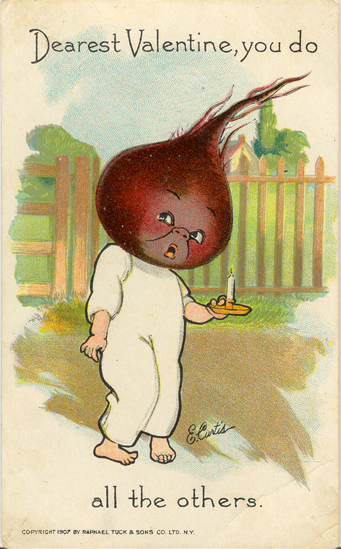 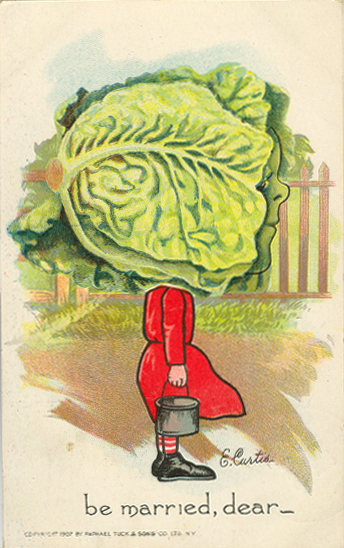 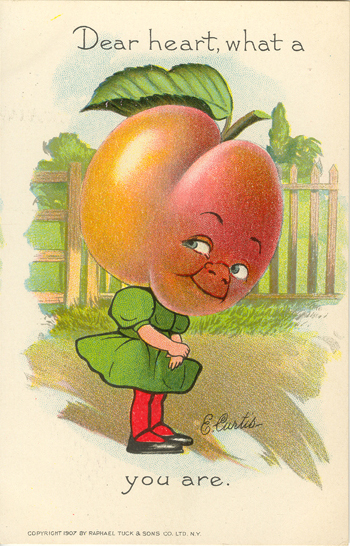 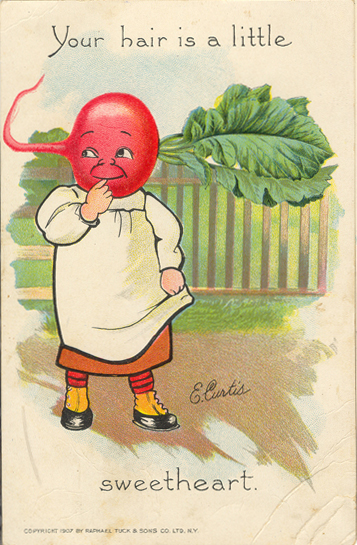 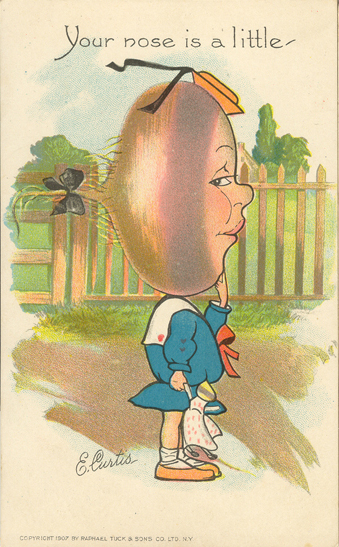 I am collecting this set. Thanks for the important information. I will check now to see how many I have to get to complete my collection.