Back in the dark ages when I created the first of my “travel destinations” bucket lists, one place that was about half-way down the page was Leiden, The Netherlands. I had a classmate, Lotte, in elementary school who had come from Leiden and because I too was an immigrant to America, we became best friends. One of the truly funny things in life are accents. Lotte’s accent wasn’t as prominent as mine, but when we gathered for a pajama party or a class picnic, we all spoke in English, but it sounded much like a United Nations kind of crowd.

Leiden is well-known around the world for several of its exports.  One prominent export is smart people, especially doctors. Some of the most important blood research takes place in Leiden at the Medical Center, where I understand thirteen members of the faculty are Nobel Prize winners.

Leiden also enjoys a fine reputation as an arts center. Rembrandt was born and raised in Leiden and so were Lucas van Leyden, Jan van Goyen and Jan Steen.

When I visited Leiden it was the last week in April. There were tulips every place you looked. It was glorious weather and I almost hated that most of what I wanted to visit was inside. I managed to keep myself busy for more than a week and some of the things I experienced in Leiden were surprises, even to me. One such place was the Textile Research Center of Leiden.

Now I know my next thought about Leiden will surprise some of my readers and you will think, “there she goes again, she’s off-the-rails.” Well maybe but bear with me.

Here it is: There is considerable disagreement among historians as to the origin of lace. Okay, I’ve said it and it’s over. But, for my money – I’d put ten bob – on it being first made in Leiden, The Netherlands. But if it didn’t happen in Leiden, it was in neighboring Bruges where it all began.

Lace is a fascinating topic and when I lived in England my home was decorated with lace in many forms: curtains, doilies, placemats, runners and edging on handkerchiefs, towels, and most of my blouses. It was one of the most difficult decisions of my life when I returned to America to leave behind hundreds of lace treasures.

On my first trip across American I found myself in Collinsville, Illinois on a Saturday in April 2016. As is usually the case, I didn’t know anyone in the hall, but I made friends easily and soon found myself buying cards I will enjoy for years to come. Among my purchases that day was a set of 10 cards devoted to lace. “Dentelle” as the French call it. French lace on French postcards. It’s not the usual mind-picture but it works for me.

I offer you a few samples (my favorites) below, but if there is anyone who collects lace and enjoys it as much as I do, you will want to search for the entire set. 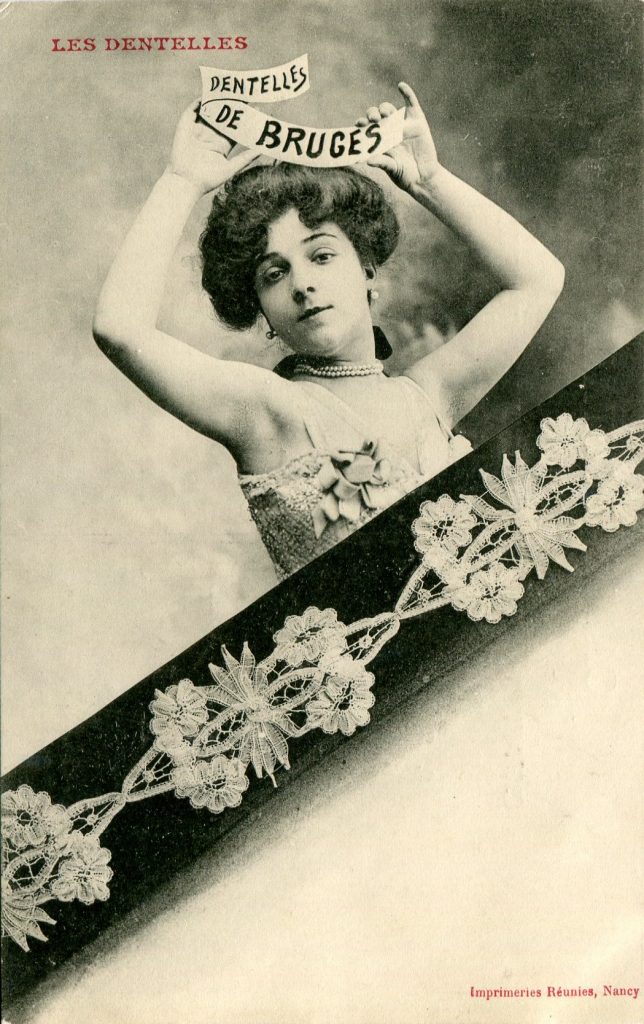 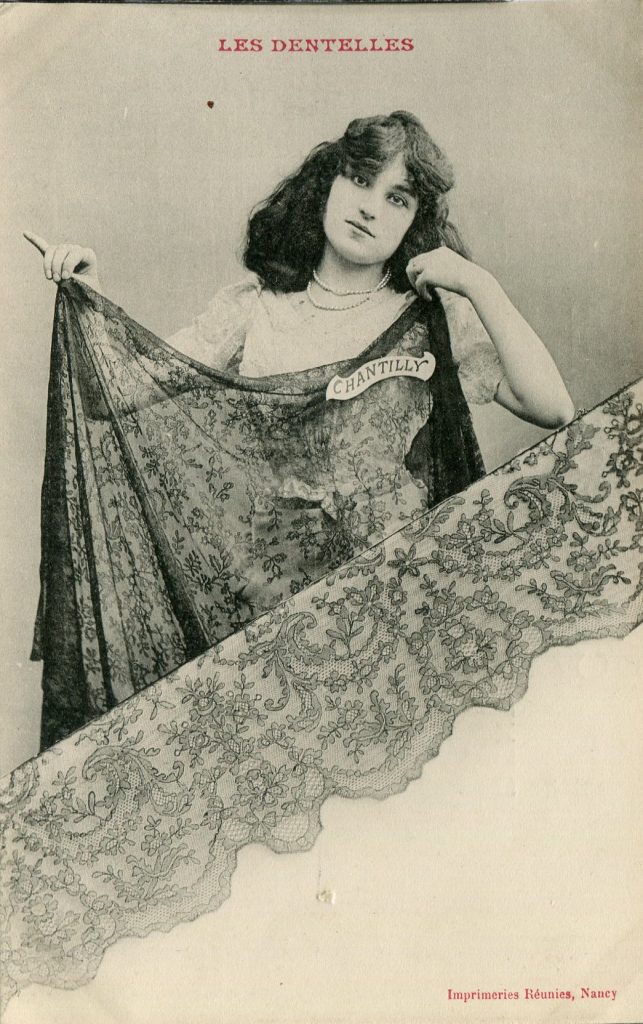 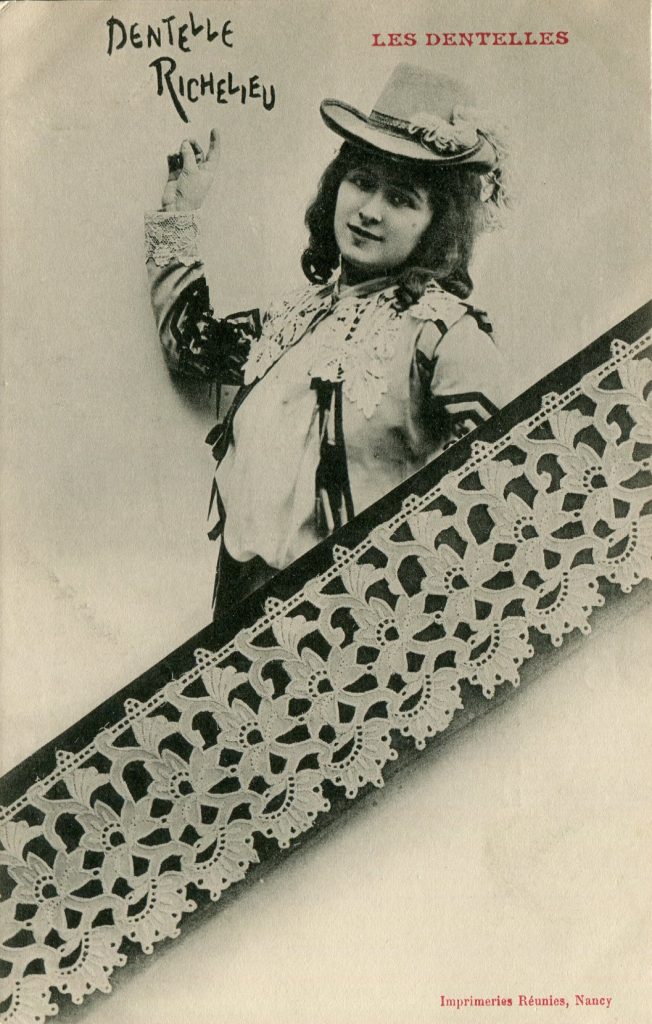 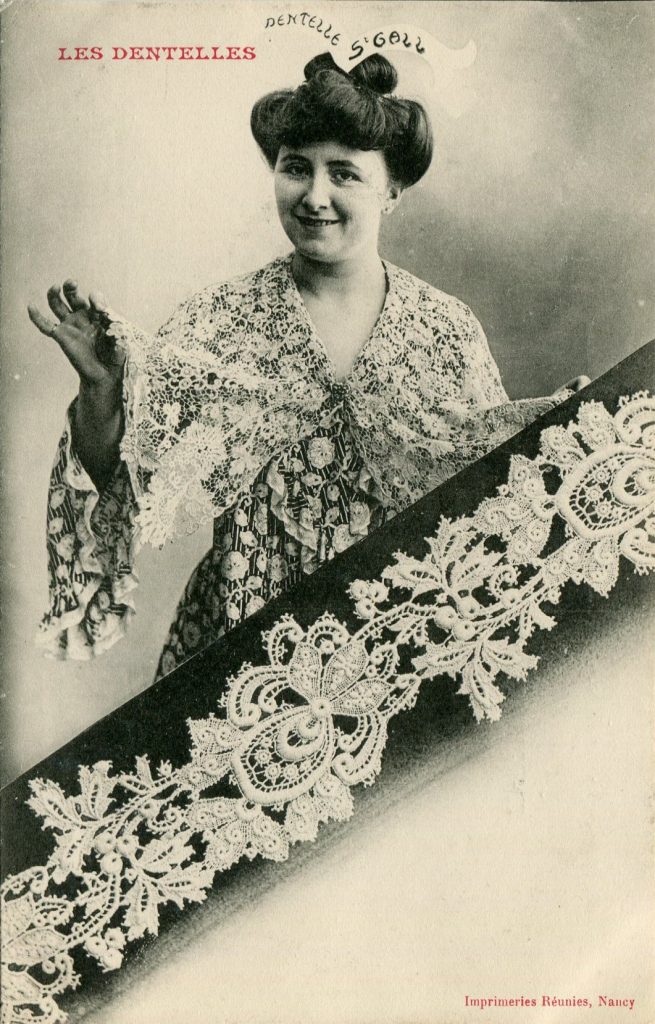 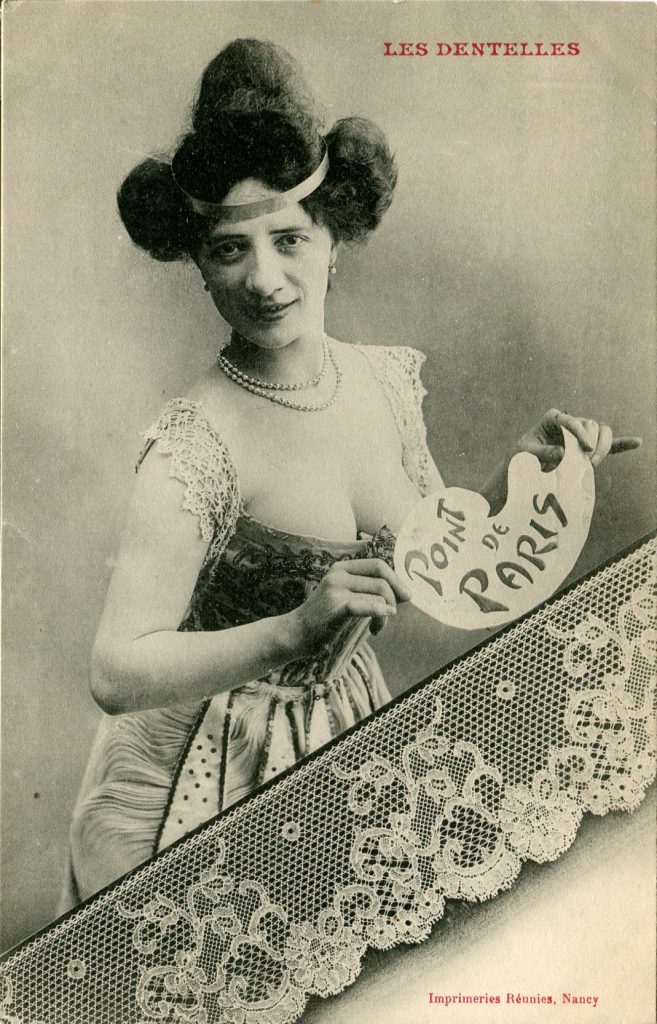 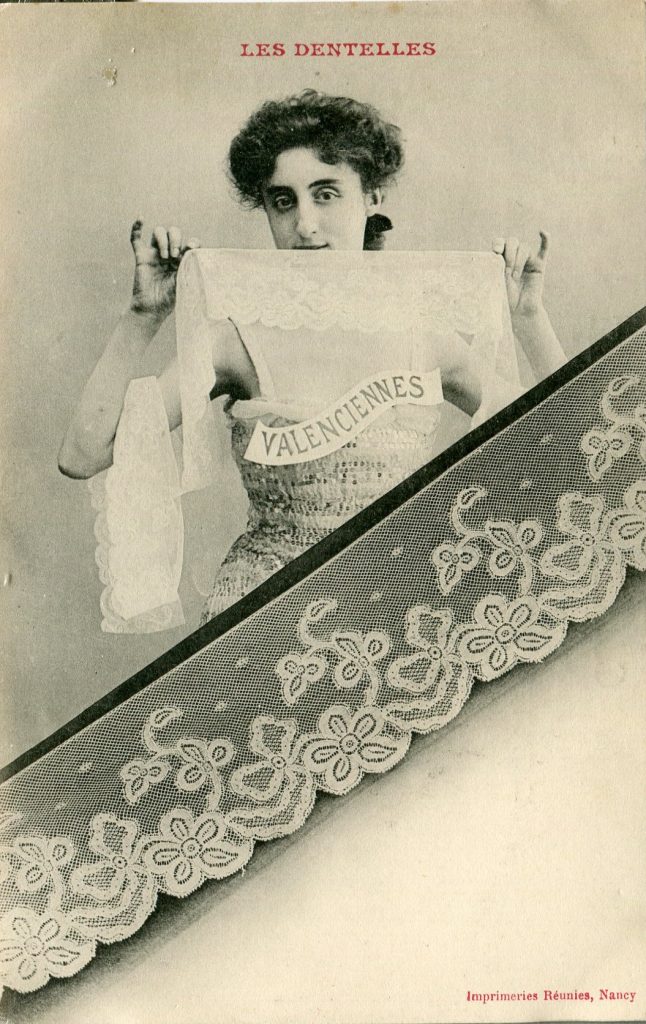 The set title is Les Dentelles.
The individual card titles are:

Kaya Fellcheck is an optometrist by trade and has practiced her profession in England’s Lake District for nearly four decades. Soon to be retired, Kaya intends to come to America to visit the graves of Hollywood movie celebrities whose photos she has collected.
PrevPreviousJoy Is One Postcard Away
NextHamilton KingNext
0 Comments
Inline Feedbacks
View all comments
0 0 votes
Article Rating
Menu