Although many collectors know his work, very few know his name.

Hamilton King would have been successful in any kind of work, but he chose to be an artist. The art world that bookended the last and first decades of the 19th and 20th centuries levied a harsh reality on men like Hamilton King. That world had some strange and often restrictive rules for those who wished to live in it. The divide was great, and the definitions were equally myopic and narrow minded. Who fit where? Those who were artists, such as Whistler, Hassam, Marsh, Cassatt and Twachtman enjoyed international reputations. Illustrators like King on the other hand, found themselves well rewarded for their talents and abilities, but they lived in a world of anonymity.

King was born in Maine in 1871. His father was Canadian; his mother enjoyed her childhood in Downeast, Maine. After college and a fair stretch at the Art Students League of New York City, Ham (only his friends were allowed to call him that, otherwise he was Hamilton) married Dora Berking in 1895. They had two sons, Francis, born in 1897 and Leach in 1898.

Little history on Dora is available, but what can be found suggests that she may have been a very troubled woman. There is a divorce record in the State of New York, however it is undated. In 1915, Dora was listed in the New Jersey State Census as a housekeeper for the Stewart Family of Newark, New Jersey. Also interesting is the fact that she is listed in the Newark, New Jersey, City Directory of 1934 as the widow of Hamilton King. Hamilton did not die until 1952.

King married his second wife, Hildreth Halsey on June 22, 1920. They lived in East Hampton on Long Island, New York for more than thirty years. Shortly after his seventieth birthday, he decided to avoid the severe Long Island winters and purchased a retirement property in C0chice County, Arizona. Hamilton loved the warm weather at his desert residence. It is “a place where my paints dry quickly.”

King died on January 7th at age 80, at his home in New York and is buried in the Cedar Lawn Cemetery in East Hampton. 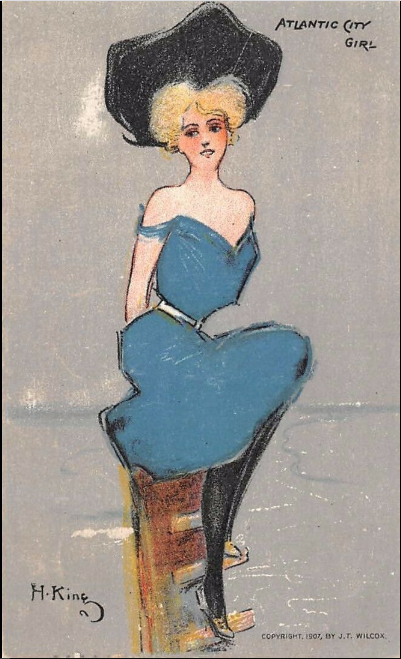 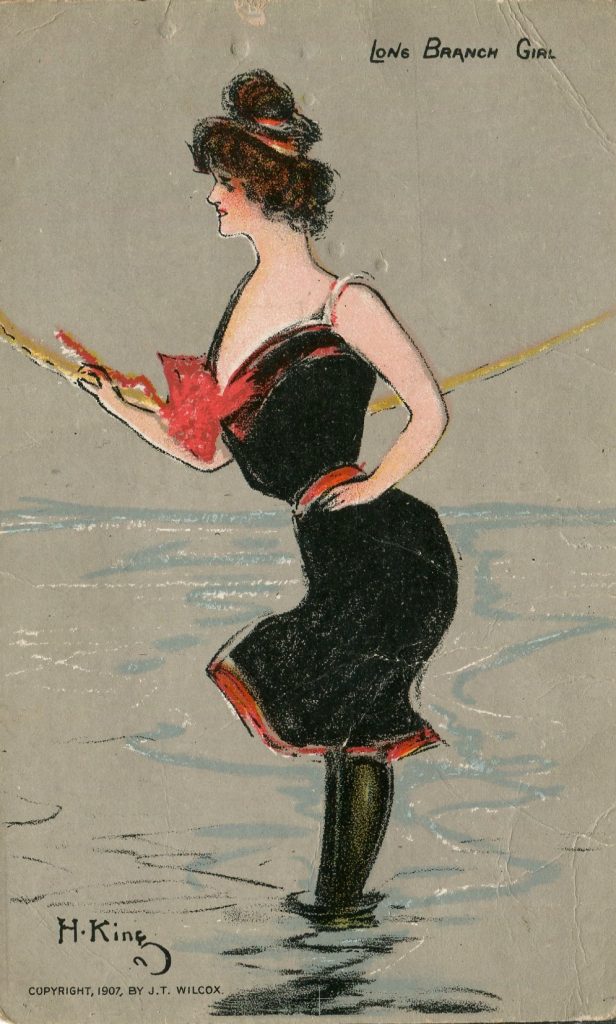 The “Hamilton King Girls” were the rave for nearly twenty years in American advertising. King worked most often in pen and ink or water paints using a technique called “gouache” which produces brilliant, opaque watercolors. The term itself became a genre that was often applied to art done by other artists. The Hamilton King Girl appeared on the covers of magazines like Women’s Home Companion and Theatre, and in advertising (most often for Coca-Cola, Corporation). Free-lance jobs (read, “well paid,” if you wish) came frequently from printers of calendars, greeting cards, and sheet-music. They used King’s work for its eye-catching characteristics. And, so did the printers of cigarette cards and manufacturers of postcards. 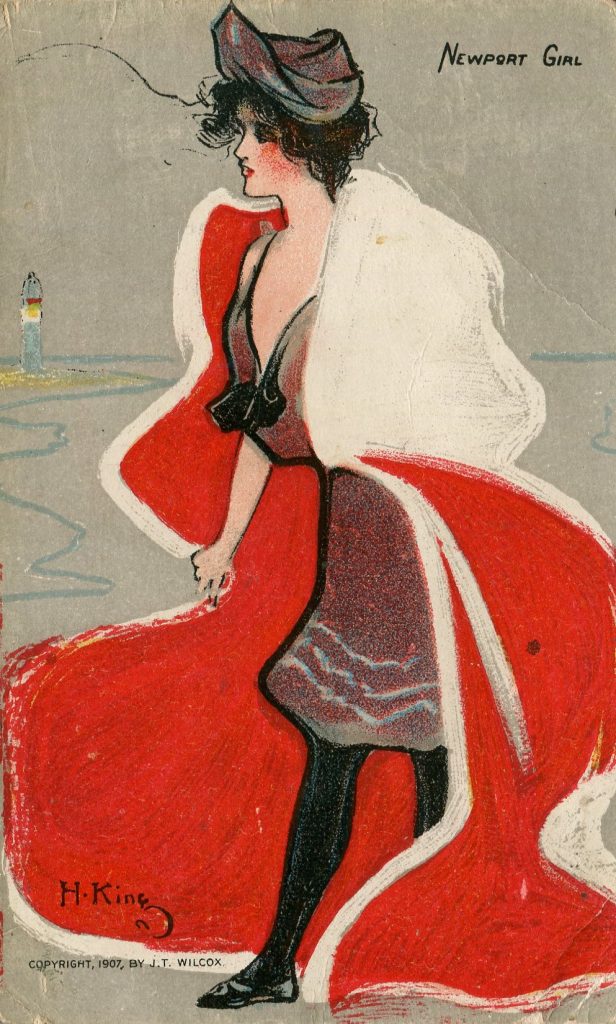 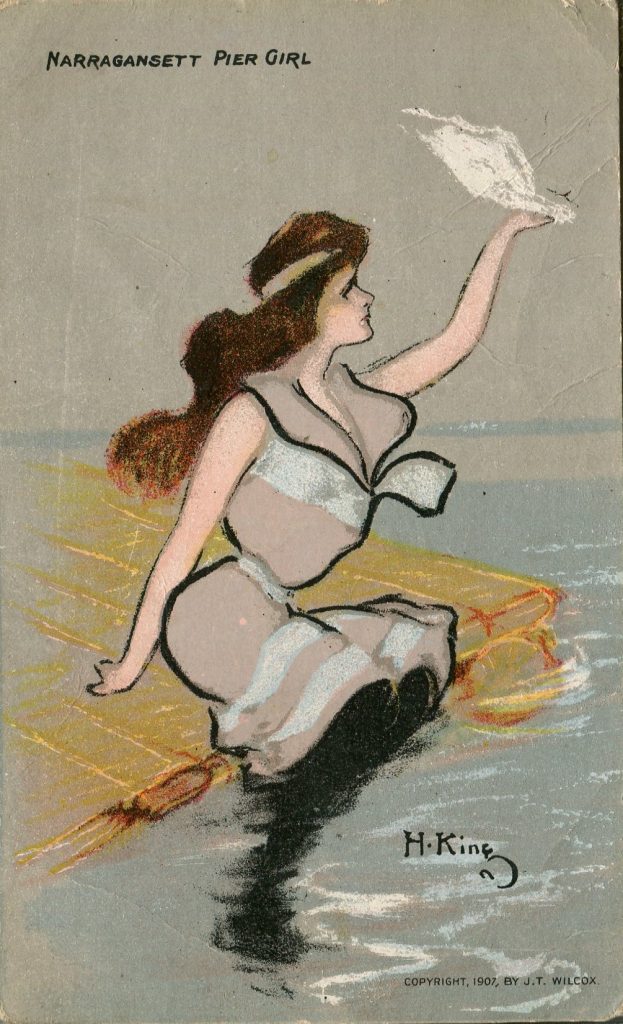 Enjoy your search for the Hamilton King Girls but go with a heavy wallet.

* It is interesting to note that the place names for each of King’s girls figure prominently in King’s personal history; five of the twelve are New Jersey cities, there are three from New York, two from Rhode Island, and one each from Maine and Florida.

Over time other Hamilton King cards can be found but with a bit of searching. The most expensive and coveted cards are the two Coca Cola cards. Beautiful images. I have only one of the two. Always on the hunt …