The World Through the Lens of Lewis W. Hine 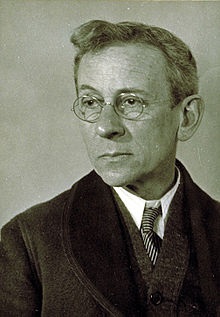 Lewis Wickes Hine was never a household name. He had few acquaintances but millions were familiar with his work. The photographic images he created between 1906 and 1940 have been seen in thousands of American history books. When you examine Hine’s photos, you are awed by the grace of his art and you are dumbstruck by the significance of his images. His work was poignant, emotional, sometimes heartbreaking, and a significant number of his photographs have changed our world.

Hine was born in Wisconsin in the decade following the Civil War. Orphaned early when his father was killed in an accident, Lewis was keen to learn all he could about photography. For hours at a time he would study the photos of Matthew Brady and George Barnard. Even in his twenties, when he read the Photographic Sketch Book of the Civil War by the Scotsman, Alexander Gardner, he recognized the value of photography as a tool for recording historical events.

Hine left Wisconsin to study in Chicago. He earned a degree in sociology and then moved on to Columbia University and New York University where he earned advanced degrees in sociology and education. In the years 1904 through 1909, Hine would spend his free time at Ellis Island where he would photograph the newly arrived immigrants.  In those years, he made over 2,000 photographs that were used to document the early history of the Bureau of Immigration. These photos are still available for historical research at the Brooklyn Museum.

While teaching at the Fieldston School in New York City, Hine was introduced to the director of the new Russell Sage Foundation – an organization with a mission to foster the social and civil rights of women and children. While in the employ of Sage, Hine photographed what would become the most influential sociological study of the era – the Pittsburgh Survey.

In 1908, Lewis moved on to the National Child Labor Committee, where for nearly a decade he documented the horrendous working conditions of children in Pennsylvania, Indiana, Tennessee, North Carolina, Alabama, and Vermont. Much of his work had a profound effect on the Washington politicians, but it took more than twenty years before they enacted any significant legislation.

Hine worked in Europe during and after World War I photographing the relief efforts of the American Red Cross. When he returned to America, he was commissioned to document the construction of the Empire State Building. [Hine would frequently tell stories of eating his lunch in a wicker basket suspended high over New York City’s Fifth Avenue. His photos of the Empire State Building are also available for research at the Library of Congress.]

Later in life, Hine worked as a Works Progress Administration (WPA) photographer and eventually rejoined the faculty at the Fieldston School where he lived as much as the students did by the school’s motto: The heart of our educational program is the study and practice of ethics, which prepares us — and compels us — to take care of our world, ourselves, and each other.”

Lewis Hine died in November 1940 at the hospital in Dobbs Ferry, New York.

This postcard photo (circa 1910) shows boys working ten-hour days at sorting coal into pieces of like size for 5¢ an hour. 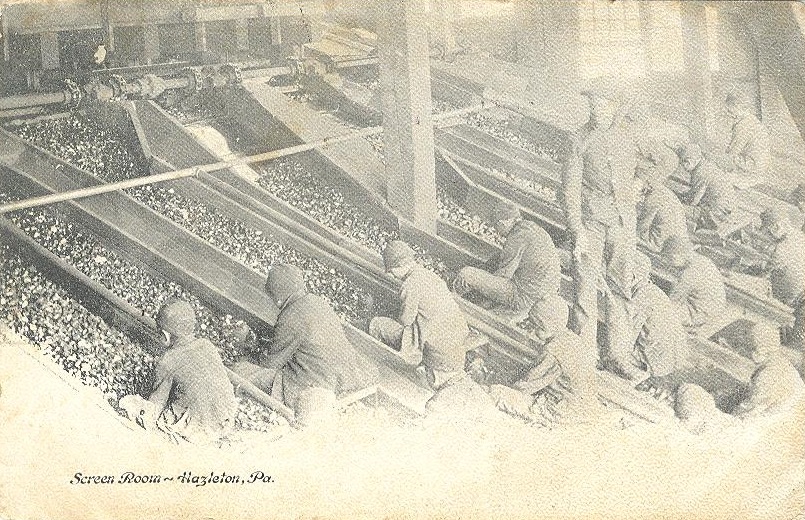 The location suggested by the caption may be in question. Similar cards have been found with different captions.

Great postcards after Lewis Hine’s heartbreaking photographs! I had no clue that they were reproduced in the postcard format.
Have you got more examples of the “Hine’s postcards”? I would love to see the verso of this card! Thank you for this story about postcards and photography history!