In this age of email, internet, and social media complete with such technology as Skype, where people can communicate in real time using video, it’s hard to imagine how our ancestors ever lived without it. Yet, they were living on the edge with delivery of their mail by the rural mail carrier using a horse and sleigh. The photo included with this article is a postcard image taken in Cresbard, South Dakota. Such photos are rare but is typical of what was found throughout the upper midwest parts of the USA. Trips into town to pick up or send mail was rarely done more than once a week (and often monthly) and so to have Rural Free Delivery (RFD) was an advancement that greatly improved the life of those early settlers to the prairies of the Dakotas. 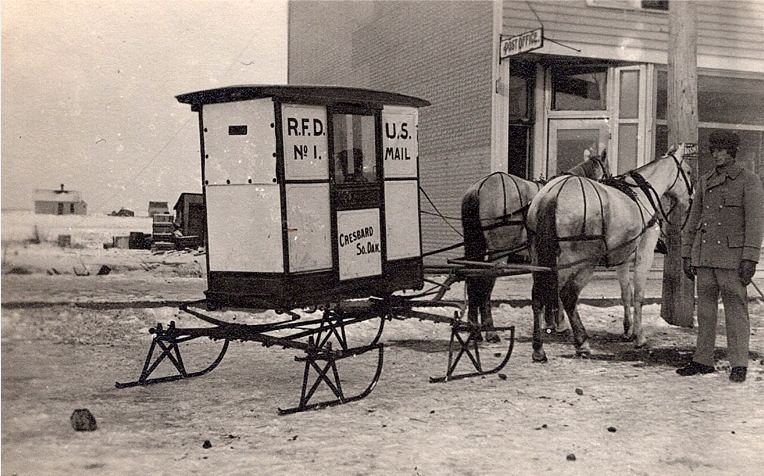 RFD dates back to 1896 and began as an experiment. It is believed that the RFD sled was probably built by local craftsmen in New Hampshire, where it was put into use in 1900, while the service was still in its experimental phase. Early rural letter carriers made their rounds on horseback, in buggies, and during winter months, in sleds. Unlike their city counterparts, rural carriers were, and still are responsible for purchasing their own vehicles. Early carriers, including the owner of this sled were also responsible for supplying, feeding, and stabling their horses.

As farmers across the country learned that all they needed were 100 signatures on a petition requesting the service, petitions began to flood the Post Office Department. In the department’s 1902 annual report, postal officials noted that “the people are demanding the service with impatient earnestness.” That year it became an official service. By the next year, the postal service had approximately 11,650 rural free delivery routes in operation, covering about one-third of the continental United States. The growth of rural service in the first decades of the 20th century was astounding. By 1906, rural carriers covered well over 700,000 miles of rural America. By 1915, the number stood at well over one million miles.

As the use of RFD grew, so did the “good roads” movement at the turn of the 20th century. If roads were poorly maintained, postmasters could refuse the service to any route. This encouraged citizens to build maintain and repair the roads. It’s certain that newspapers such as the Dakota Free Press and other German language newspapers were delivered to my great grandparent’s farm.  These newspapers were their connection to their families who remained in the “old country.”  On a more official level, rural carriers continue to operate traveling post offices out of their vehicles. The operator of this sled would have carried a metal cashbox that held money, stamps, money orders, and postal stationery which patrons along the route could purchase as needed.

Rural Free Delivery brought the world to the American countryside. Wagons and sleds bearing the words “U. S. Mail” on their sides were welcome visitors to lonely rural farms. With this innovative service, farmers could get timely livestock quotations and produce price information, which allowed them to sell their stock and goods at the best time. Weather forecasts were delivered directly to farmers, along with newspapers, magazines and mail-order catalogs from Sears or Montgomery Ward. 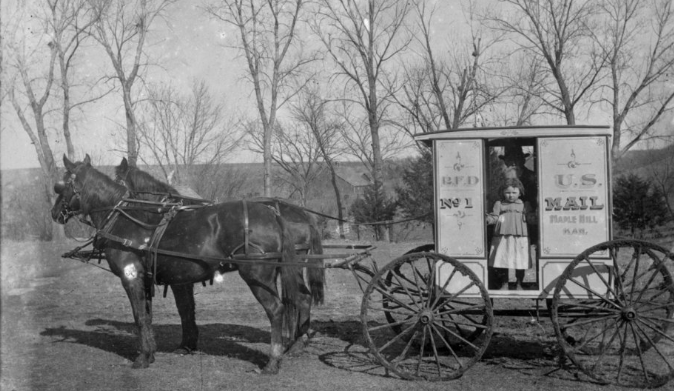 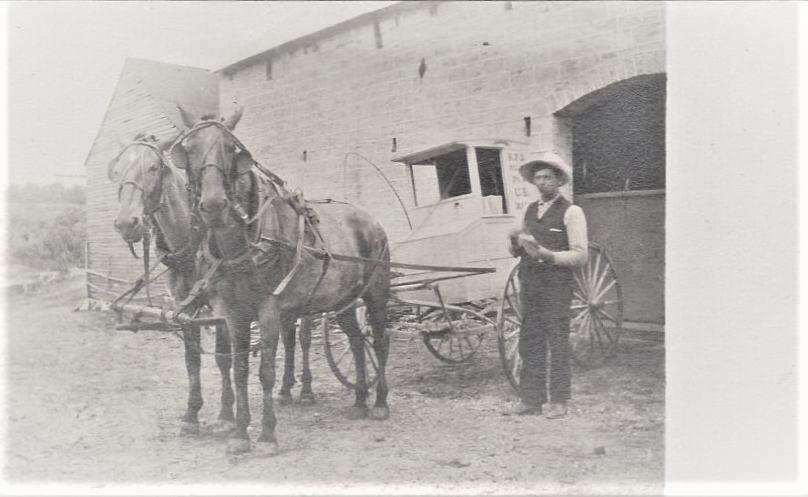 So the next time you complain about that mail carrier’s late delivery or you just hop onto the internet to do that shopping using such services as Amazon, remember that perhaps this new way of getting mail or purchasing merchandise actually had its roots in Rural Free Delivery.

Duane Stabler is retired from a career in engineering. Like many postcard collectors, Duane is also interested in genealogy and has successfully published in that field of endeavor. In addition he edited the Twin City Postcard Club newsletter for eleven years. Duane and his wife live near Dallas, Texas.
PrevPreviousA Smudged Old Postcard and A Great Story with Shav LaVigne
NextThe White Cliffs of Dover / Composed by Walter Kent, 1941 / Lyrics by Nat Burton / First recording by vocalist Vera LynnNext
2 Comments
Oldest
Newest Most Voted
Inline Feedbacks
View all comments
Burgie Dave

Anxious for employment with the postal service a major requirement was somehow overlooked. Took, passed and was called in for an interview. Asked what vehicle I’d be using for the rural carrier position found me in bewilderment territory. To save funds, went without car ownership for a year and a half. Was a 23 year old bicycle commuter, borrowed four wheels to get to the appointment and left with disappointment. This expense was not happening in the near future, so advancement as a student continued. Postcards of carriers in motion have few presentations but my album does have a few.

WOW, such GREAT RFD wagons. A treat to see these and read about them. Thank you Very Much.