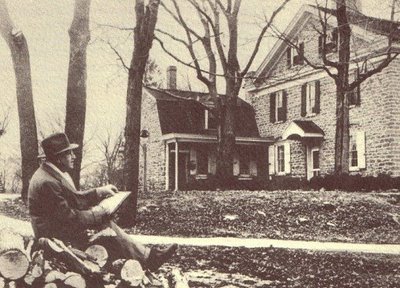 Henry T. MacNeill retired from his career as an architect in 1955.  He and his wife Amiee lived in Whitford, Pennsylvania, and both were active members of the Chester County Historical Society. Henry loved to draw historical buildings; his portfolio contained more than 300 completed illustrations of structures in Delaware, New Jersey and Pennsylvania.

Unintentionally, Henry became a mentor to other artists in Montgomery, Philadelphia, Delaware and Chester counties, some of whom were still active through the 1990s.

In 1960, a Chester County banking concern announced intentions to build a drive-thru bank on the site of a historic property in downtown West Chester. The historical society was furious and decided to launch a campaign to change the minds of the bank’s board of directors.

Brochures, pamphlets and print ads were prepared to make the citizens aware of the bank’s plan and nearly all of the materials were illustrated with art by Mr. MacNeill.  Henry, quite by happenstance found a new career as a historical preservation artist. Homes, inns, and taverns were his favorite subjects, but he drew churches, theaters, and public buildings, too.

Henry was born on July 6, 1890, in Narbarth, Pennsylvania. His parents were divorced shortly after the birth of his brother Thomas in 1892. By 1900, his mother Laura, had taken her sons to live with her widowed mother on Diamond Street in Philadelphia. While still in high school Henry learned that he was a direct descendant of General Stephan Moylan, an aide-de-camp of George Washington.

An interesting fact about Henry MacNeill’s career was his involvement in the preservation of historic buildings; often attributing this interest to his Revolutionary war ancestor. Shortly after he graduated from Drexel Institute of Technology, he was commissioned by the government to make detailed drawings of Independence Hall that would be used for rebuilding if it were destroyed in war or natural disaster.

In 1916, Henry married Aimee M. Junker. They had three sons and a daughter.

MacNeill’s art can be found on many postcards. It is unknown how many cards of his art were made, but we do know the printer was the Stephen Moylan Press of Whitford, a business owned by MacNeill’s son Stephen from sometime in early 1946. Henry died in 1970, two days after celebrating his 80th birthday. He is buried in Saint Agnes Cemetery in West Chester, Pennsylvania.

Below are six postcards showing his work.  The captions provide additional information. 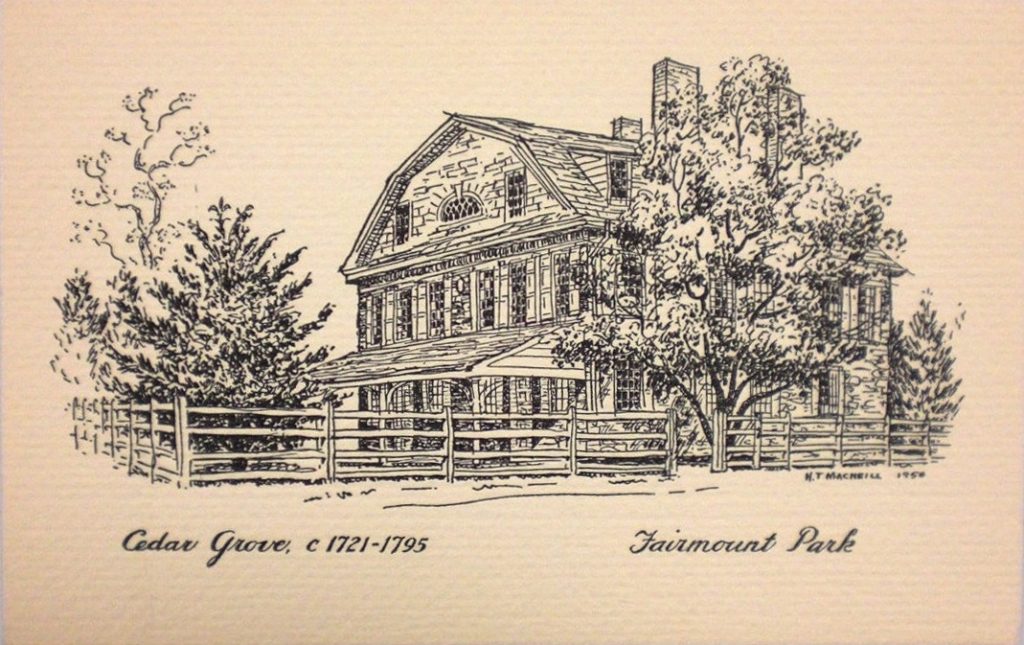 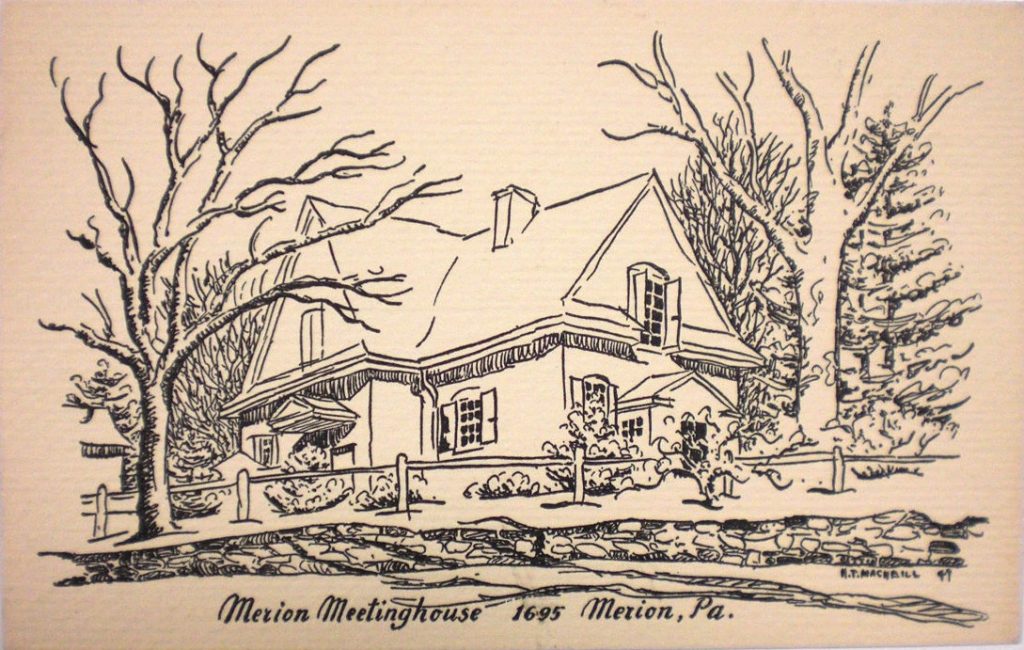 The second oldest Friends meeting house in the US. Signed 1949. 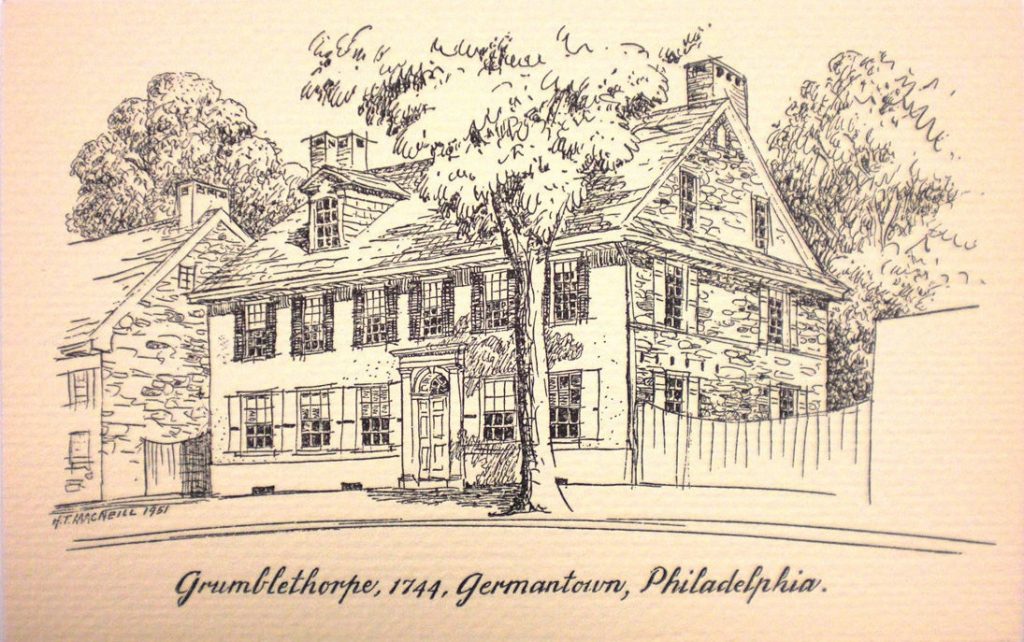 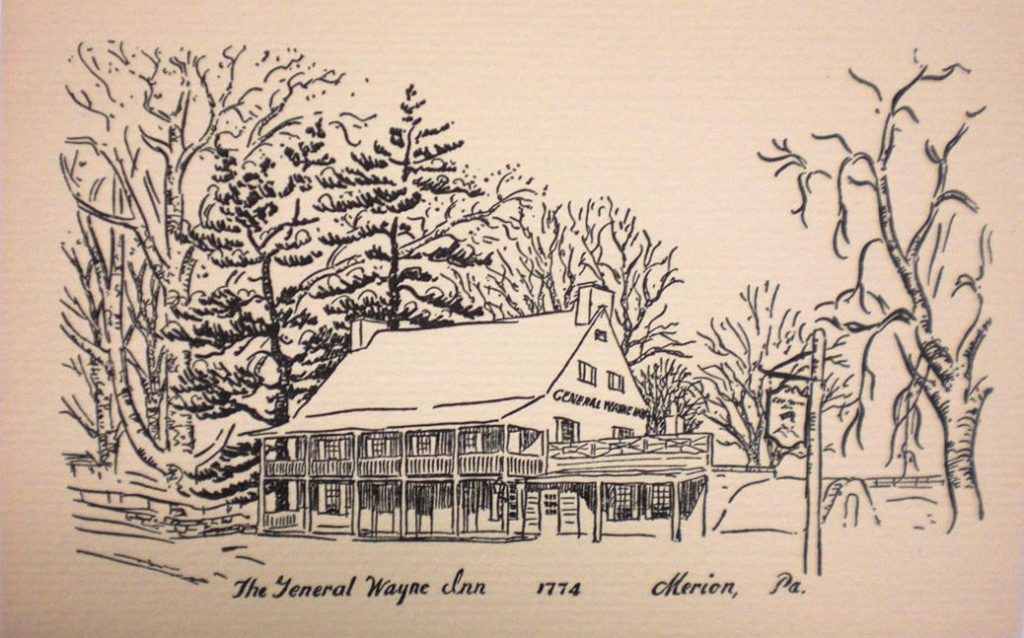 The General Wayne Inn is still in Merion, PA. Unsigned. 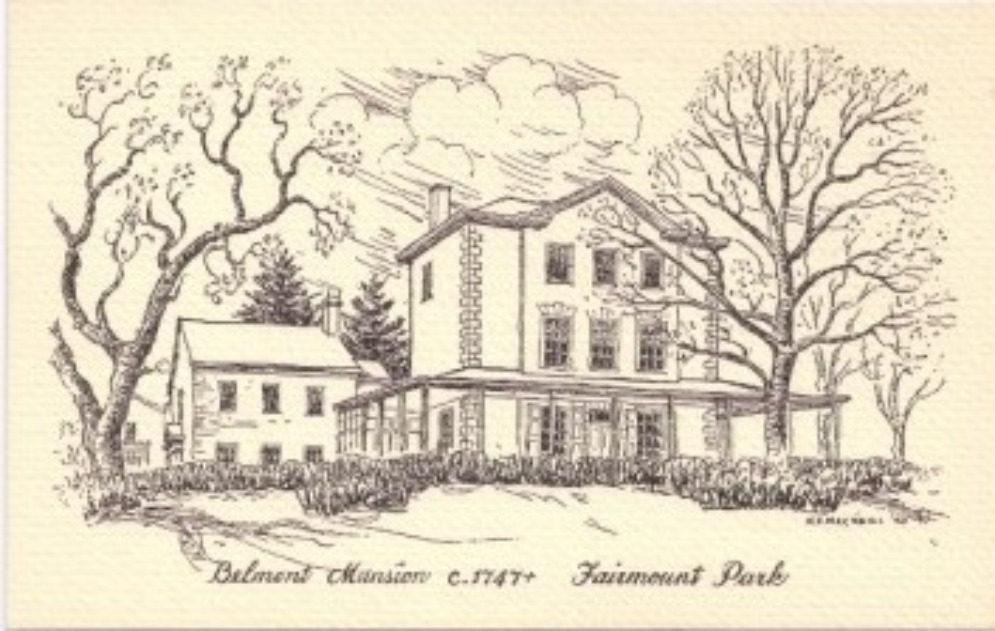 Belmont Mansion is now a museum in Fairmount Park. Signed, no date. 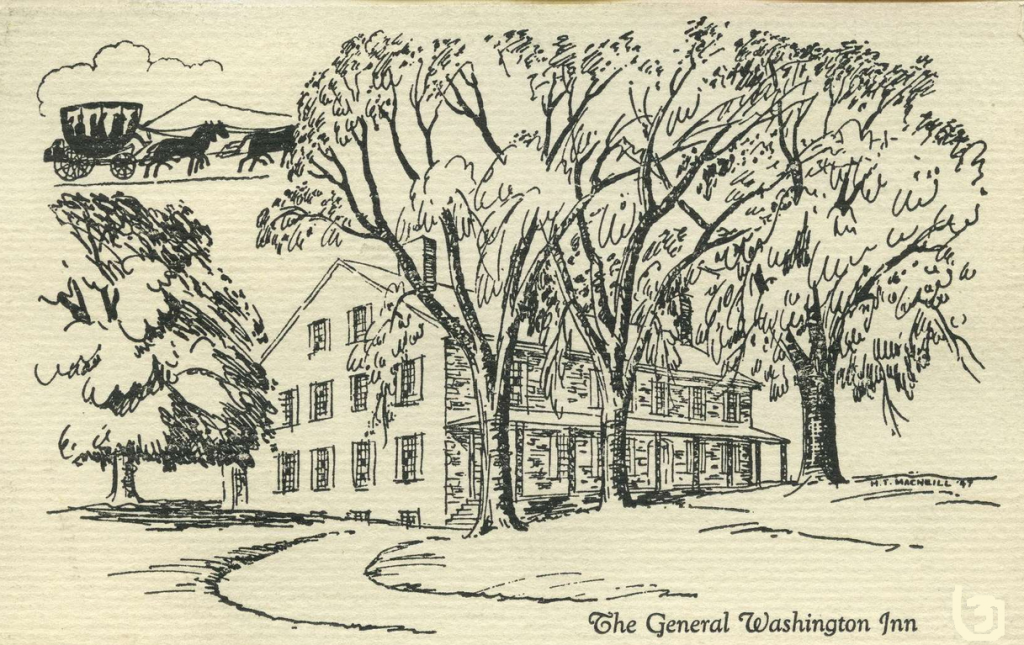 I’m now interested in seeing some of MacNeill’s detailed drawings of Independence Hall.

My wife’s great aunt was Aimee Junker . Her sister was married to Phillip Francis Nowlan , the creator of “ Buck Rogers” . What a clan !

Thanks very much for the MacNeill history. I still remember going on one of Grandfather’s sketching excursions about 1960. It was a historic house in a large field with a pond, but I don’t know where.
Probably Chester county where we lived.

And he could play the piano like a champ too!