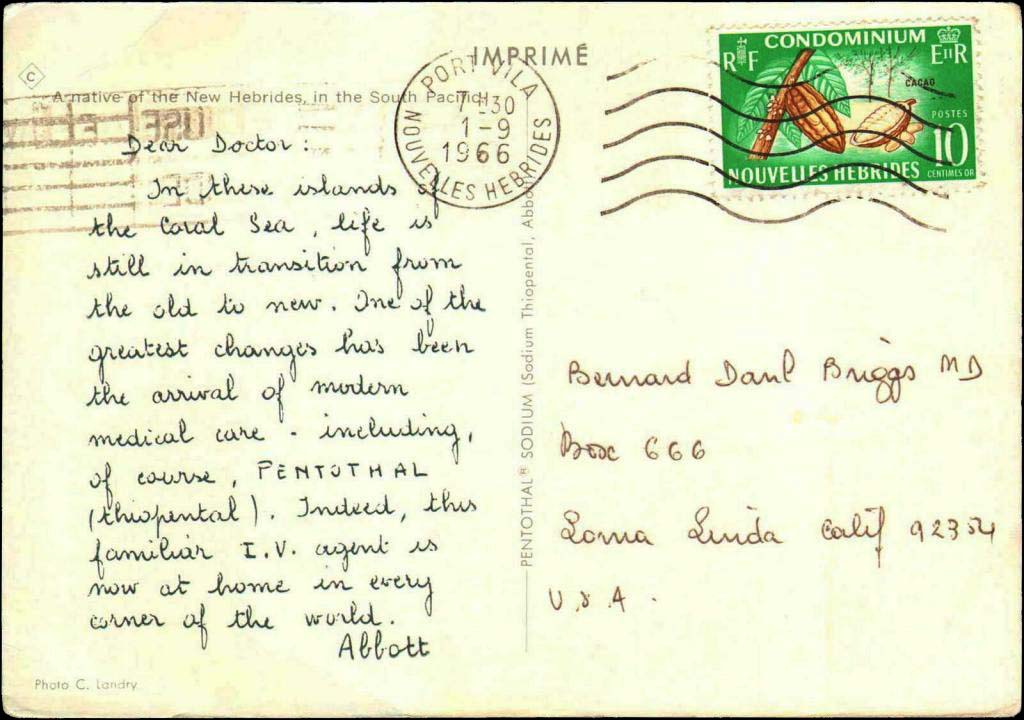 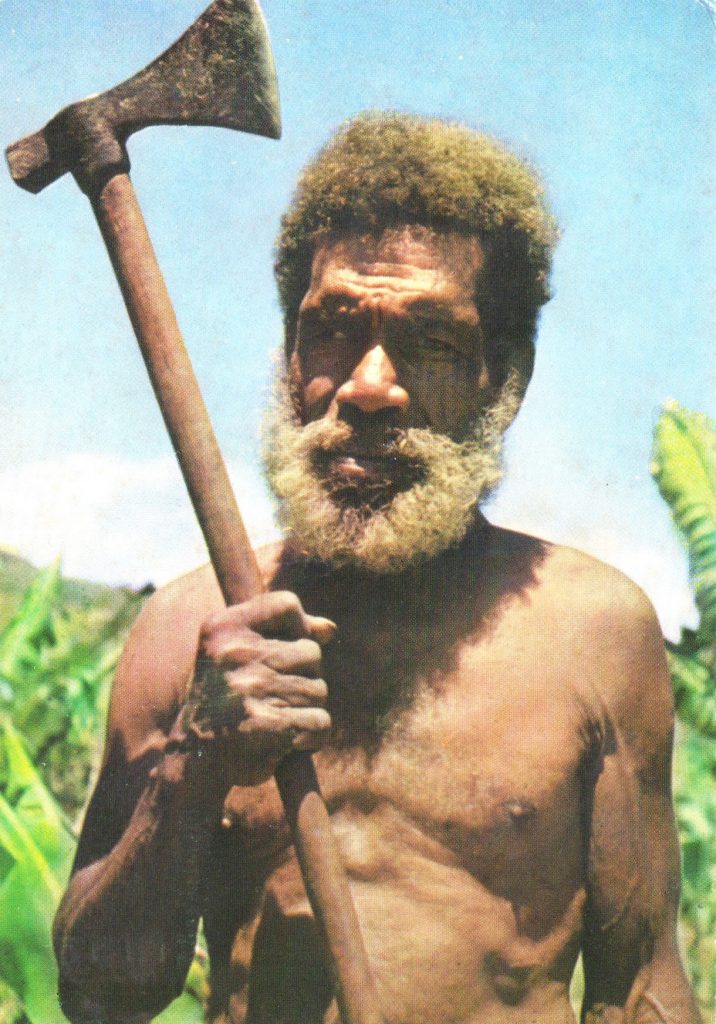 Drug companies have always advertised their products directly to doctors. This principle holds even in the United States (one of two countries in the world that allows public advertising of prescription drugs). After all, doctors have to know all about the “wonder drugs” their patients are requesting. Among the numerous methods drug companies have developed to encourage doctors to elect their drugs – although some have turned out to be unsavory, unethical and even illegal – one particular techniques they employed gave rise to a bouquet of arresting postcards that now serve as an artifact of a bygone era: the “Dear Doctor” postcard.

These postcards were so named because those in English always began with the greeting “Dear Doctor.” They were designed to resemble a cheerful greeting from a neighbor who was on a vacation in a far-away destination. The picture side of the postcard portrayed a local scene, and the message side contained a local stamp and a paragraph usually written in script (to look like handwriting) typically on how useful local doctors found the advertised product to be when they prescribed it to their local population. While many of these postcards were sent to doctors in the United States, so long as the mailing locations were exotic and strange, the targeted doctors could reside in anywhere in the world. French pharmaceutical companies sometimes mailed ads to colonial hospitals in France’s own far-flung colonies, and German companies mailed cards in Spanish to doctors all over Latin America. The result of these advertising campaigns by drug companies is a colorful rainbow of postcards that traveled all around the world bearing unfamiliar stamps and advertising messages in a veritable Babel of languages. 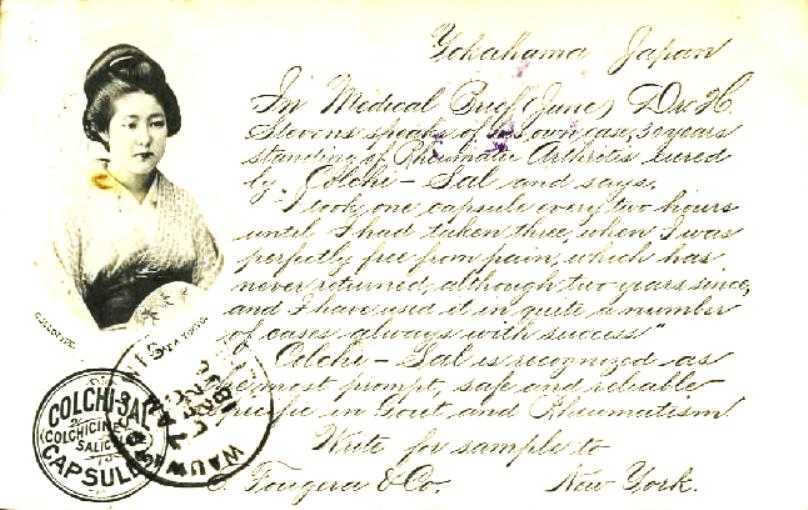 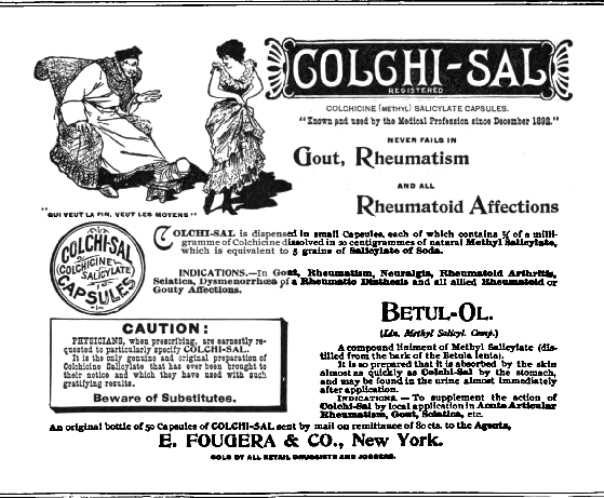 Possibly the earliest known example of a “Dear Doctor” postcard is the one which E. Fougera & Co., a New York City drug importer and wholesaler who acted as American agent for many European medical products, mailed in 1896 from Japan to doctors in America. It touted Colchi-Sal, a remedy for rheumatism and gout. Thereafter, from time to time, other companies both in the United States and Europe did similar kinds of mailing, but the “Dear Doctor” postcards did not really become a phenomenon until the age of swift global travel dawned following World War II. They began to appear in the mail of doctors in the late 1940s, reached full flower in the 1950s with the emergence of color photography and overseas passenger flights, and petered out by the early 1970s, when jet travel, even overseas, lost its glamorous and adventurous tinge as it became the norm even for middle-class families. 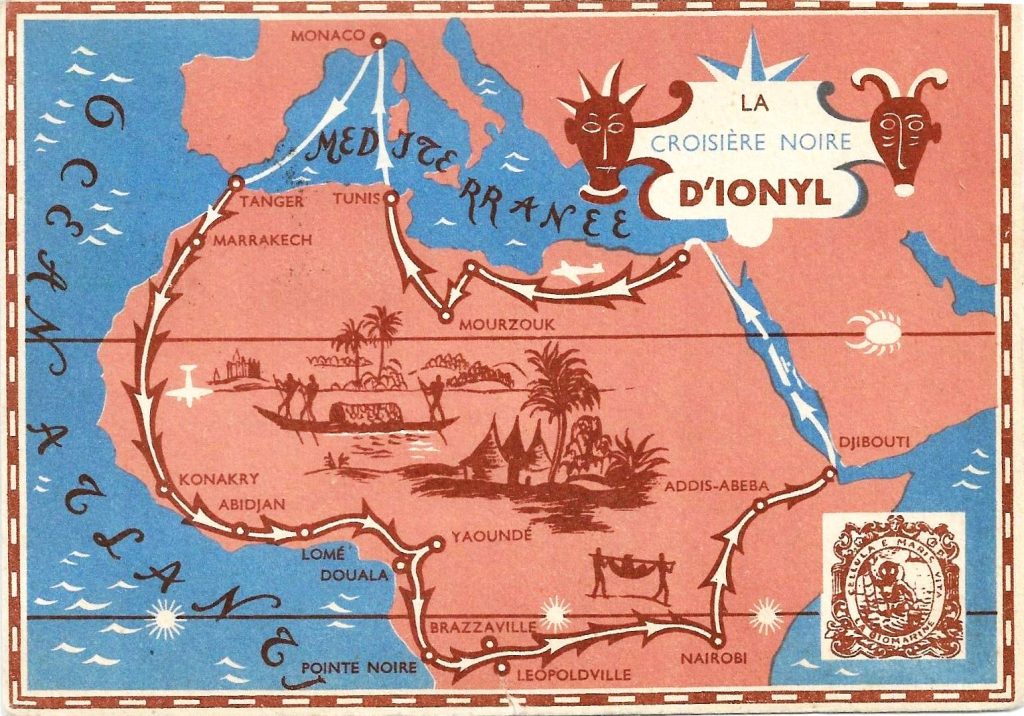 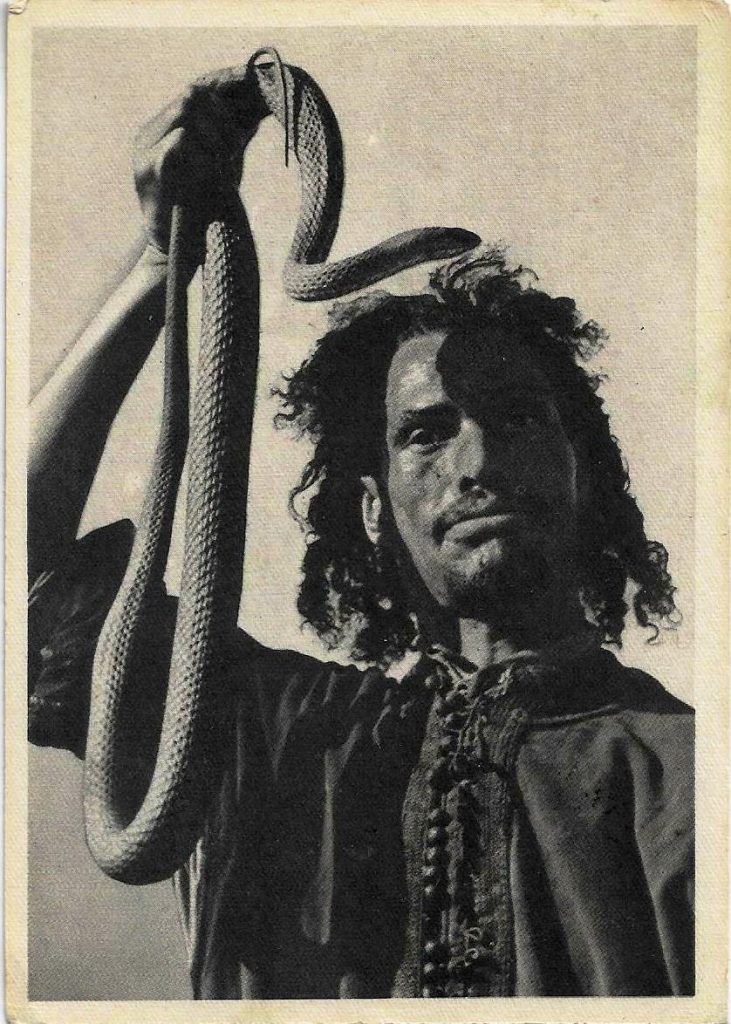 A French pharmaceutical company became the first of the modern advertisers to venture into this field of business solicitation by means of a travel postcard. It began issuing series of cards in the form of a trip itineraries. The first card of the series would bear a map of the locations to be visited, like ports of call on a cruise, or, even more romantically, identifying faraway locales once visited by an early explorer. Then periodically another card would arrive bearing an exotic scene from the next place designated on the map. The series usually ran about eight cards over the course of about a year. At first the pictures were black and white, but the scenes were alien and arresting. 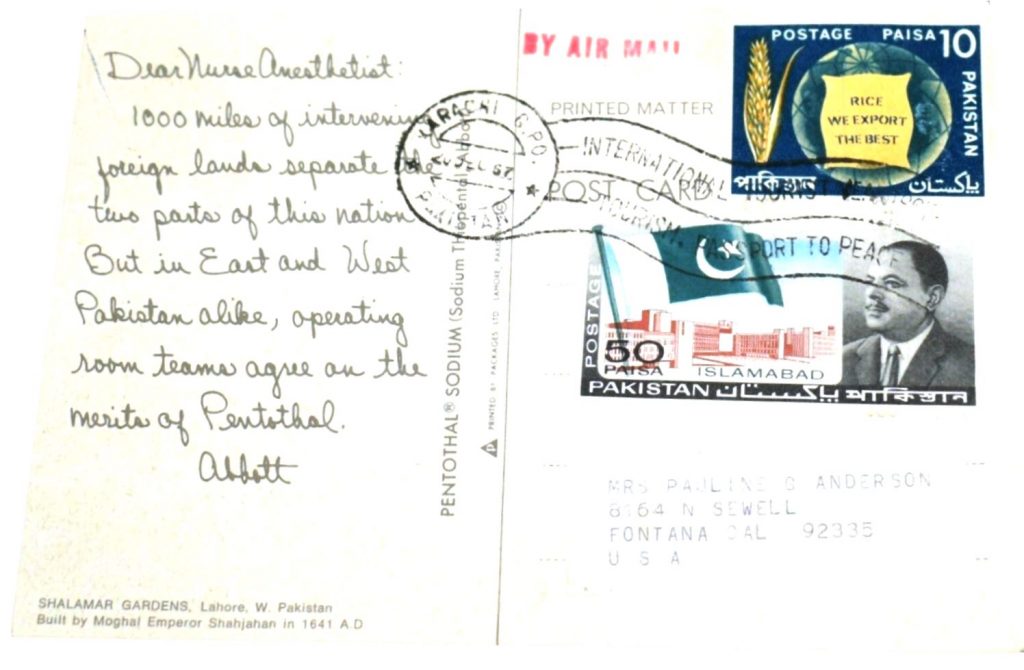 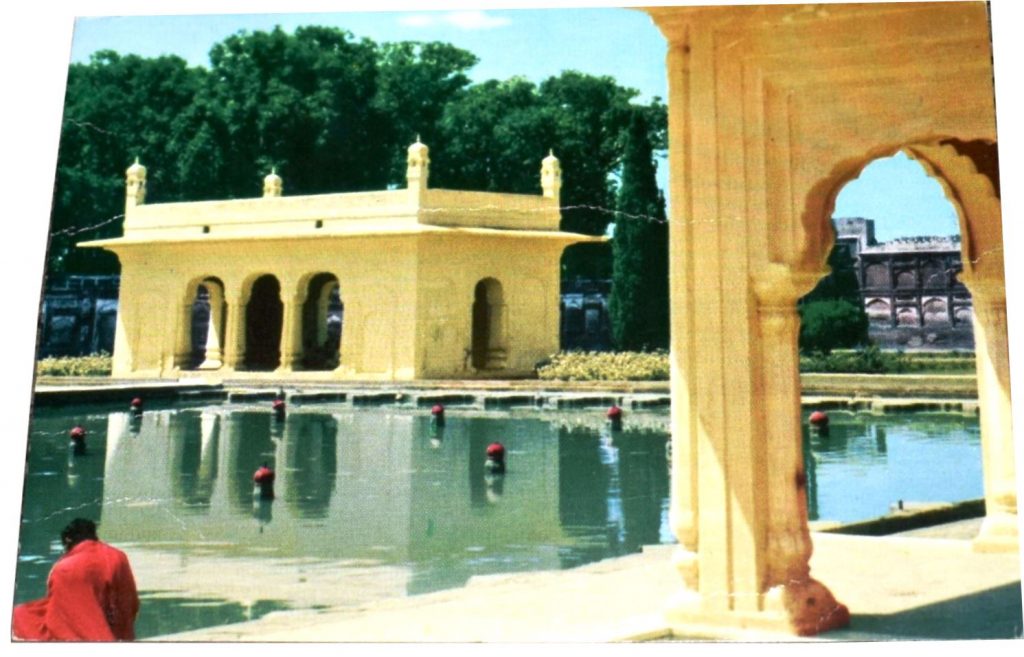 By the mid-1950s, all the pictures were in bright color and the American companies had adopted the idea as well. The most active participant in this explosion of “Dear Doctor” postcards was Abbott Laboratories, Inc. of Chicago, who in the years between 1954 and 1968 used the postcards almost exclusively to advertise a single product – its anesthetic Sodium Pentothal (also known as “truth serum”). They even included nurse anaesthetists in the mailings. Other major drug companies known to have distributed “Dear Doctor” postcards include Burroughs Wellcome Co., Pfizer, Inc., G. D. Searle Co. and E. R. Squibb & Sons (although Pfizer “cheated” a little by using foreign scenes, but American stamps and an American mailing location). What makes these postcards artifacts of their particular era is that over the time they were issued, many of the locales evolved from being European colonies to independent nations. 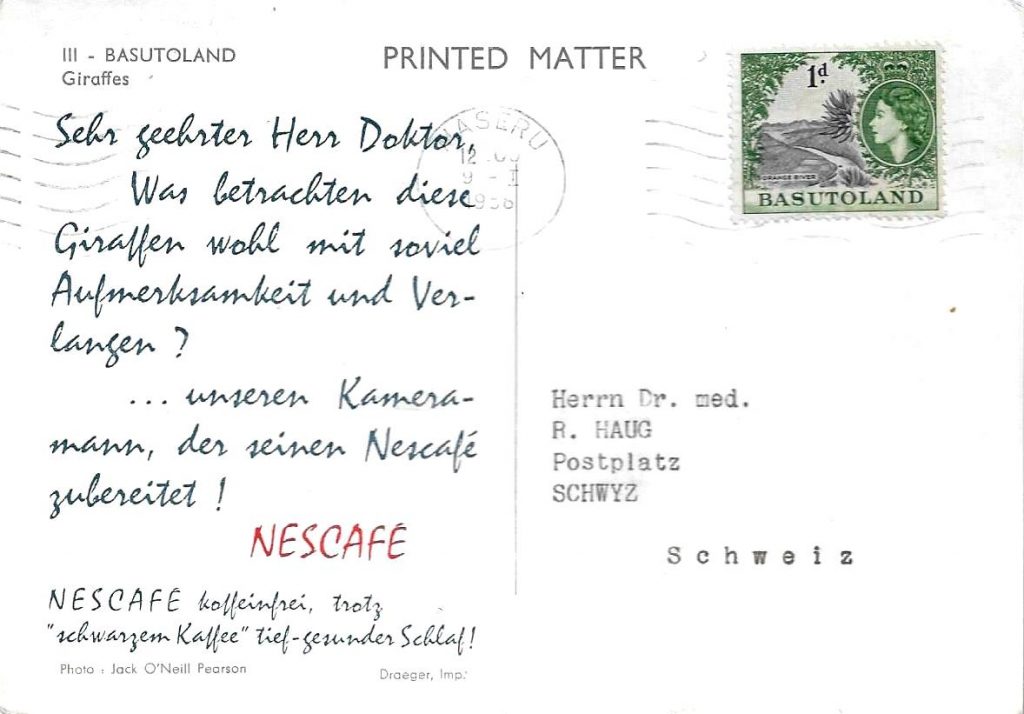 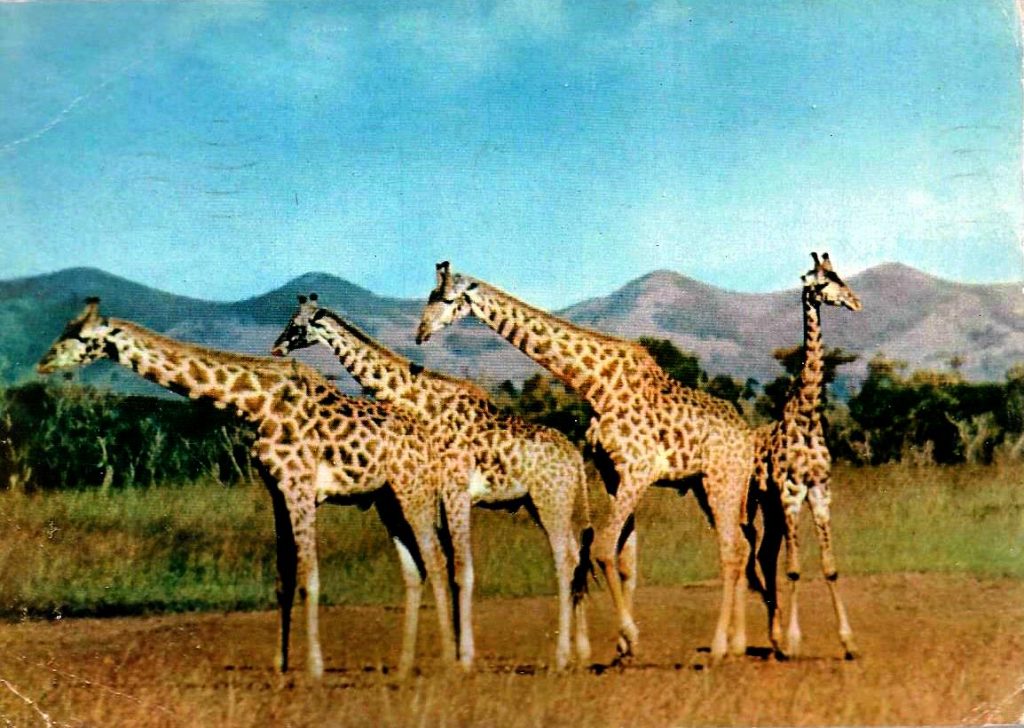 While most of the “Dear Doctor” postcards advertised medicines, the gimmick was too good to remain confined to medicines. The Swiss Nestle company bent the “Dear Doctor” format to advertise its decaffeinated Nescafe coffee to European doctors, and the idea of advertising a product by sending potential customers postcards from exotic locations bled over to certain other European companies selling food products, art paper, engineering services and even gasoline.

It is remains somewhat unclear how the execution of these cards was accomplished, since the records of their creation seem to have been destroyed in the ensuing fifty years. It is known that Abbott did use an outside Chicago marketing firm to plan the locations and mailing dates for the issues made during the first several years of its program and to purchase the appropriate blank picture postcards. It is unclear whether that firm or the drug company itself, utilizing its overseas branch offices, completed the process by obtaining and affixing the stamps, printing the advertising message on the picture postcards, attaching the mailing labels and then shipping the completed cards off to their final distant locations to be canceled at the local post offices for mailing back to the United States. In Europe, the nuts and bolts of the mailings must have been executed by one or more marketing firms rather than the drug companies themselves because, in a given year, several different companies mailed cards from the exact same locales, bearing the same pictures and stamps, albeit written with different advertising messages. They may even have been delivered to the local post offices in the same bags because they were canceled at the same location and at the same time, although mailed in accordance with each individual company’s mailing tags.

Since the turn of the Twenty-First Century, a sub-specialty of identifying and classifying “Dear Doctor” postcards has arisen as step-child of deltiology and philately. A comprehensive Abbott “Dear Doctor” website exists on the Internet. It claims that Abbott alone issued over 180 different postcards in ten languages and addressed to doctors in 34 different countries. Taken together with large volumes of postcards generated by the variety of small European pharmaceutical companies and others that utilized the same format, there are enough different “Dear Doctor” postcards for some to find a niche in several lifetimes worth of collections on a miscellany of different topics from maps, to native cultures, wild animals and scenic views.

Malcolm A. Goldstein is a mostly retired attorney and philatelist who writes a blog about patent medicines called onbeyondholcombe@wordpress.com. His father was an old time General Practitioner who, when called about a sick patient, grabbed his medical bag and left his family in the middle of dinner. Malcolm’s interest in matters medical and quasi-medical grew from wondering about the diathermy machine in his father’s office.
PrevPreviousElectricity Makes Women Free
NextCarroll’s Clayville Stagecoach StopNext
2 Comments
Oldest
Newest Most Voted
Inline Feedbacks
View all comments
Bob Kozak

I first saw the word “condominium” as a reference to the joint British/French administration of the New Hebrides, and remember when the British colony of Basutoland became the nation of Lesotho. Very interesting article!