The Fischer Quintuplets were born in Aberdeen, South Dakota, on September 14, 1963. They were the first quintuplets to survived after the birth in 1934 of the Dionne quintuplets of Ontario, Canada. At the time of their birth, the statistical odds of giving birth to quints was estimated to be one in 54 million. There was no history of multiple births in either side of the Fischer family, not even twins! 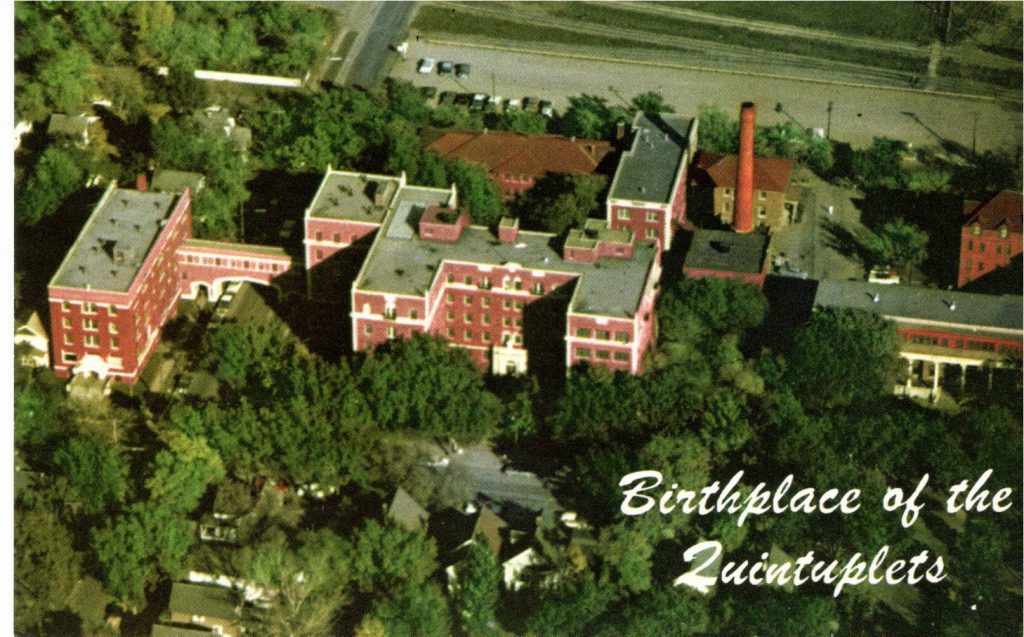 The Fischer Quints were born to Andrew and Mary Ann Fischer who already had five children at the time. Andrew was 38 and Mary Ann was 30. They learned they were having five babies just three days before the births. The quints were born two months prematurely and were delivered naturally. The four girls weighed about two-and-a-half to three pounds each and the single boy weighed about four pounds. The attending physician, Dr. James Berbos, estimated their weights because the babies were not weighed immediately after birth. They were placed in isolettes at the hospital which were very primitive by today’s standard but state-of-the-art at the time. The isolette did not provide any electronic monitoring of vital signs. Fortunately, the babies were relatively healthy.  However, they were baptized at the hospital as a precaution.

The Fischers had a large extended family in the area and had a lot of help from them in caring for the babies. Mary Ann’s mother spent the week in Aberdeen helping with the children, then went home to Hecla, South Dakota, (a 50-mile trip) on the weekends to help with the farm chores there.

The family eventually moved to an 800-acre farm about three miles outside of Aberdeen where the family raised cattle. The house was built to be practical for a large family and had a large yard where the children could play. Farm chores for all the kids was a routine part of life. Andrew and Mary Ann Fischer made a determined effort to raise their eleven children (yes, there was one more child born after the quints) very much out of the public spotlight. A newspaper article said they did not want to raise the quints as five special children.

There were requests to take the children to Disneyland or head the Thanksgiving Day parade in Chicago, but all such offers were rejected. The parents felt that these offers were not in their best interests. 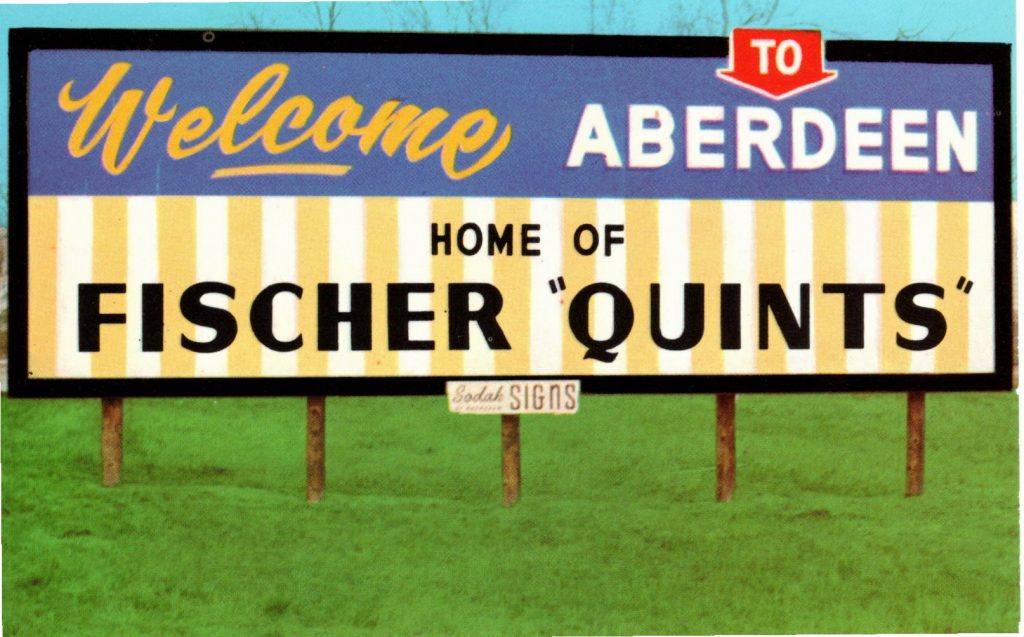 The children were big news in Aberdeen and across the nation. They received telegrams from President and Mrs. Kennedy, from both South Dakota senators, and from the governor. The mail was so heavy with congratulations from all over the world that it was delivered to a local bank. The family eventually signed a contract with Curtis Publishing Company who published magazines including the Saturday Evening Post and the Ladies Home Journal.  The Quints were featured on the cover of the Post several times as they grew. Thus, Curtis Publishing had reserved all the rights to photo images, and to the best of my knowledge, there are no photo postcards of the children. Nevertheless, Aberdeen did try to capitalize on the fame and several postcards were published featuring the city as “Quint City” or “Home of the Quints.” 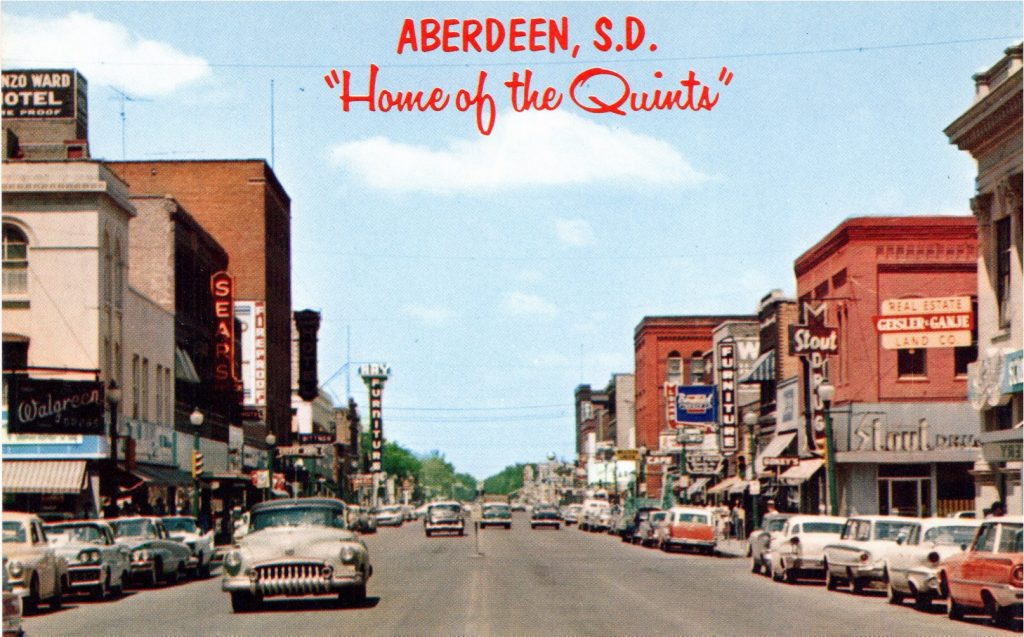 “Home of the Quints”

According to an article in the Aberdeen American News published at the time of their 50th birthdays in 2013, two of the quintuplets live in Aberdeen, one lives in Redfield, South Dakota, one lives in Fargo, North Dakota, and one lives in Arizona. It also said that all eleven siblings remain close.

Don’t recall hearing about the Fischers before today. That last card is a great street scene even without the bonus mention of the “quints”!

I remember them — I went looking for this article. There was an article in the Saturday evening post — at that age (8) I was reading a lot of magazine articles 🙂

I was ten years old in 1963, it was definitely big news back then!