The House of David 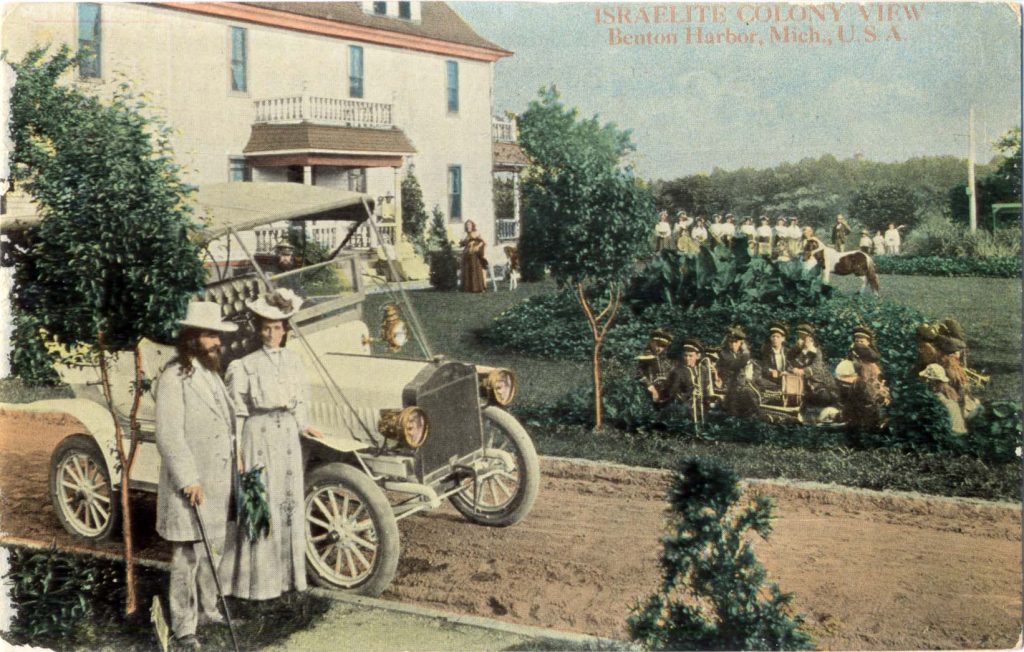 House of David founders Benjamin and Mary Purnell pose near their motorcar in front of the Israelite Colony. The Children’s Band sits to the right, with the Ladies Band behind them.

In 1895, Benjamin Purnell had a vision that he was the “seventh angel” described in the Book of Revelation 10-7: “When the seventh angel begins to sound, the mystery shall be finished as he hath declared to his servants the prophets.” The function of this angel was to gather together the tribes of Israel prior to the second coming of Christ.

The Israelite House of David was founded in 1902 by Benjamin, a roving American preacher, and his wife Mary. Benjamin published The Star of Bethlehem in 1902, a book describing his theology. That led to the founding of the Israelite House of David in Fostoria, Ohio. After an inspiration by Mary, the colony moved to Benton Harbor, Michigan in 1903, attracting worldwide members from the former 5th and 6th Israelite churches in America, England and Australia. Most of the early members came from Indiana and Ohio, but membership increased dramatically after Purnell visited Australia in 1904-05. During its heyday in the 1920s and 1930s, the community numbered more than 1,000 members.

The House of David was not a closed community, it needed to interact with its neighbors to become economically self-sufficient. Purnell chose to attract good will and income with such things as sports events, musical events, an amusement park, and a miniature steam train. Pamphlets about the faith were also available.

The community printed its own postcards, sometimes real photo cards, of almost all of their activities, as these and other advertising were likely to attract not only local folks but tourists via steamboat from across Lake Michigan like Chicago and Milwaukee.

It was baseball that drew wanted attention. Around 1913 there were weekend intramural games, with men’s, women’s, and boy’s teams. By 1915 they were playing other local teams and by 1920 there were three “Long Haired and Beareded Boys” teams barnstorming the country. All told, the House of David barnstormed from 1930 to 1940, then again from 1946 to 1955. They were not above bringing in outside players like Satchel Paige and Grover Cleveland Alexander, who donned fake beards. These were teams of white men who traveled across America playing against Negro League teams, breaking the color barrier wherever they stopped. 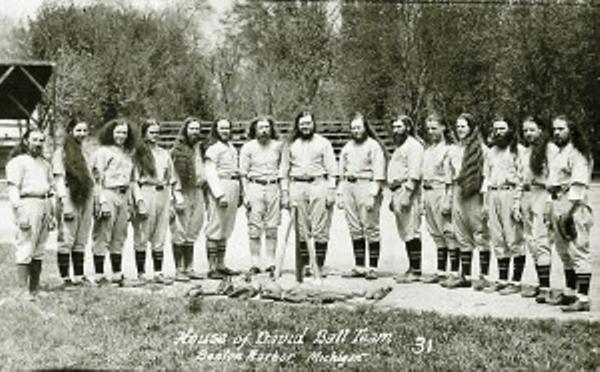 The long-haired players on the House of David baseball teams attracted lots of attention. Players included men and women—the women are the ones without the beards. Real photo postcard, EKC stamp box circa mid-1940s.

The community also fielded nationally known musical bands between 1906 and 1927. These bands toured the country almost non-stop, primarily on the three top vaudeville circuits: the Pantages, the Keith and the Orpheum.

Music was important in the everyday life of House of David Israelites. It was part of their personal lives and integral to their worship. It was used for social functions and commercial enterprises. Their music reflected their heritage and expressed their religious values. It enabled personal growth and the achievement of communal goals. 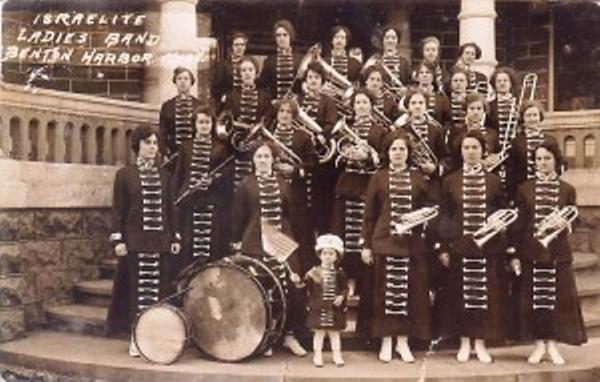 Men, women, and children participated in bands and musical groups that traveled the vaudeville circuit.

The music industry was a major component of the community’s economic success, which in turn had a significant impact on the development of southwestern Michigan. During the first half on the 20th century the fame of the House of David was based as much on its musical talents as on any other facet of its organization. House of David hand-crafted musical instruments were for sale as well as for their own use, and taught generations of non-members how to play. For more than a half century the music of the House of David provided entertainment to the public and made the community famous in the process. 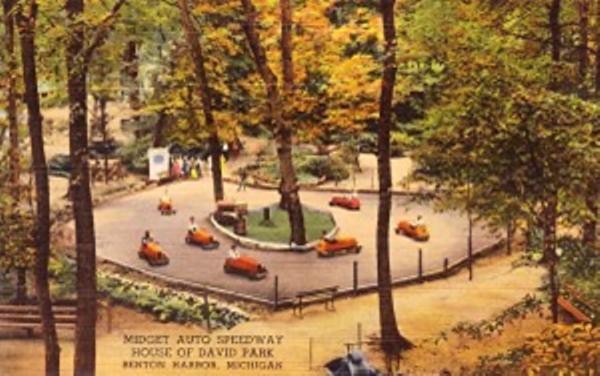 This great linen view of the Midget Auto Speedway at House of David Park shows
adults driving the cars in autumn — though children often tried their hands in these self-powered vehicles.

The Eden Springs Park and Zoo, one of America’s earliest amusement parks, opened in 1908. It grew into a very popular Michigan vacation spot by the 1930s. The park was the home of the Israelite-built largest miniature railroad in the world, consisting of more than a mile of track and eleven miniature steam engine trains built by community craftsmen. Exotic peacocks walked around the park’s aviary and visitors experienced the thrill of driving miniature cars and rollercoaster excitement crossing over the 40-foot train trestles. The bands drew visitors on weekends, so a bandstand and a large birdhouse was to entertain their “Gentile visitors.”

House of David activities included a farm, schools, an open-air tabernacle, a vegetarian restaurant, a hotel, clothing and crafts for sale in their own gift shop, an entire building devoted to ice cream, and a printing press. It owned and operated its own cruise ships, trolley cars, bus lines and jam and jelly factory. 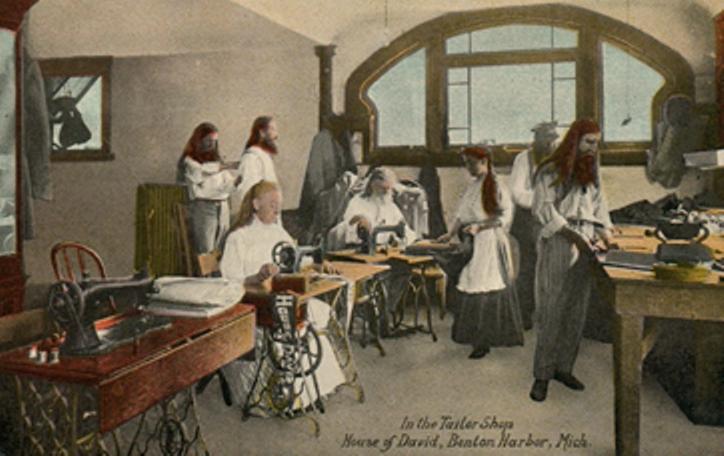 A Pre-1915 interior view of the Tailor Shop, showing men and women working.
The woman at the front sewing machine is producing House of David banners;
the colonist behind her is measuring a man for clothing.

Difficulties began in the 1920s, when the Detroit Free Press and other newspapers began running articles accusing Benjamin Purnell of violating the commune’s oath of celibacy. Purnell was tried in Berrien County for public immorality, and 13 young women, under oath, confessed to having had sex with the patriarch. The trial led to Benjamin being expelled from the community in 1927.

In the aftermath of Purnell’s expulsion, several families who had been expelled for “uncontrollable behavior” brought suits against the community and its leaders. While the suits were resolved in favor of the House of David in June 1929, affirming the right to religious freedom and expression, it was clear that they were about control of a very lucrative company. In the midst of this legal struggle, Benjamin Purnell died on December 16, 1927. He is buried in a mausoleum on the grounds of the colony.

Following Purnell’s death, the colony divided into two factions. One was the Israelite House of David (known as “The House of David”), whose members believed that Benjamin was the one and only leader. This group was led by colony pillar Judge H. T. Dewhirst. The second faction, whose members believed that Benjamin’s wife Mary shared the leadership with him, was led by Mary Purnell herself. This colony located across the street from the original development and took the name “The Israelite House of David, as Re-Organized by Mary Purnell” (known as “The City of David”). 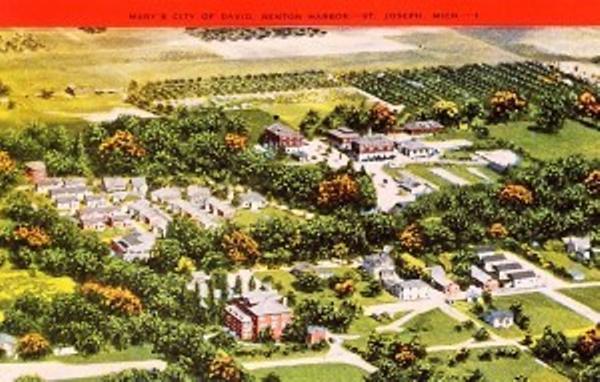 This “sleeper” could be found in a dealer’s dollar box, since the fact that it’s a House of David card might be easily overlooked. This aerial view of Mary’s City of David in St. Joseph dates from the early 1930s and nicely shows the entire complex.

Mary Purnell preached her Sunday sermons from a new auditorium, built in 1932. She bought farms, strengthened the House of David baseball team, established a thriving Jewish resort inside the City of David colony, and contributed greatly to the livelihood of Benton Harbor and St. Joseph. The City of David remained very successful until Mary’s death in 1953, at the age of 91.

By 1966, membership in the House of David had dwindled to less than 100, It has rebounded, however, and today is a closed community of believers and remains among America’s oldest practicing Christian communities, working to restore many of its buildings. 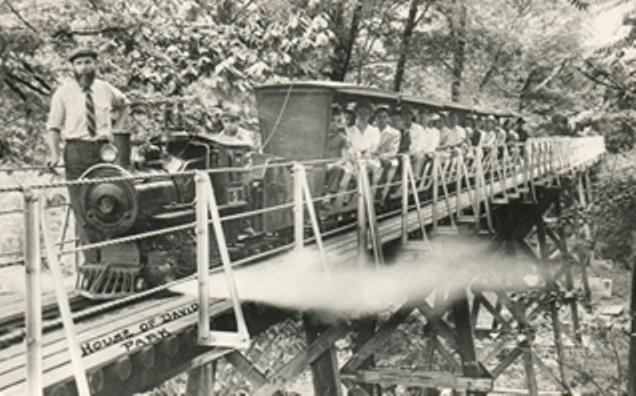 The miniature steam railroad still operates in Eden Springs Park. It was purchased by a group of train enthusiasts who have lovingly restored the beautiful gardens and ground, as well as some of the original trains. Their weekend train rides have become a popular attraction for visitors of all ages. This card is postmarked 1948.

Bonnie Wilpon is the author of Postcard History of Sarasota and Bradenton, Florida and Postcard History of Hollywood, Florida (published by Arcadia Books) and is a postcard dealer and collector in Tampa, Florida. She is Membership Chair of the Sunshine Post Card Club and a Contributing Editor for Postcard History. Bonnie can be contacted at: bonnpon@att.net.
PrevPreviousCheck This Out
NextRoger Tory Peterson and a few of his postcardsNext
2 Comments
Oldest
Newest Most Voted
Inline Feedbacks
View all comments
Gary Allum 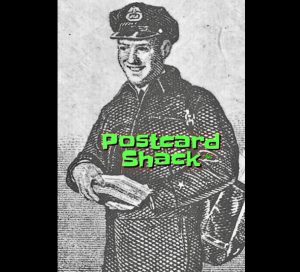 As a baseball fan, I was aware of the House of David team, but I didn’t realize how significant the religious group was to the economy of southwest Michigan.