Forerunner of the Interstates 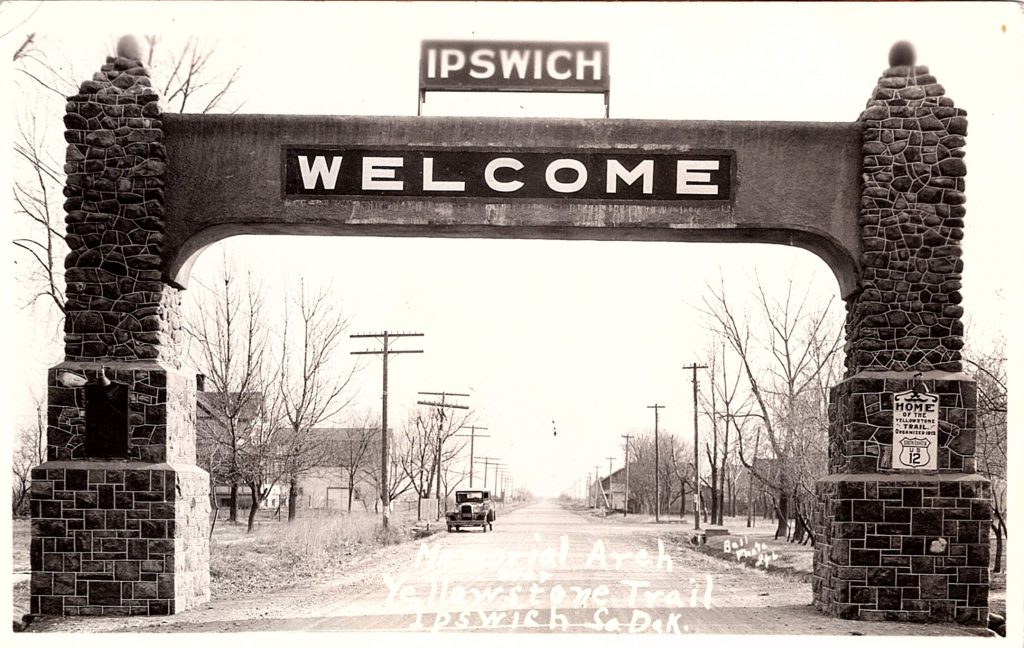 We know or have heard about a well-traveled road called Route 66. It was established in 1926 and ran from Chicago, Illinois, to Santa Monica, California. It was popular in many ways including a television show of the same name. Few people know the history behind it and other well-known byways, including the topic we approach here – The Yellowstone Trail.

One might wonder what brought about the nation’s interest in a road system. It can be summarized in one word: automobile.

The auto was an idea whose time had come and was not to be denied. But the automobile brought with it many problems. The country didn’t have roads that could be used easily. Furthermore, many of the roads in existence were dirt roads that had been used by wagons pulled by horses. 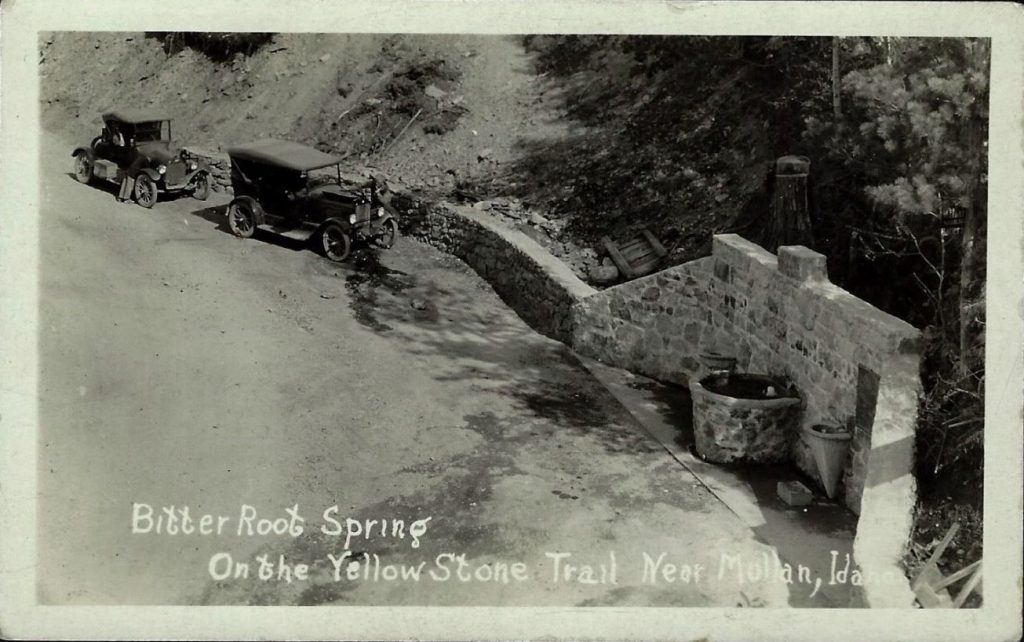 Developing drivable roads was necessary to fully utilize an automobile. It was looked upon as a freedom from railroads and even the horse and buggy. In the first decade of the twentieth century there were no federal or state funds to build roads unless they were Rural Free Delivery post roads or military wagon roads. Road development was needed but not centrally funded.

The solution, albeit a difficult one, was first attempted by private “trail” groups to get local governments to build roads. There were many such groups, but few were concerned with transcontinental auto trails. The Yellowstone Trail, established in 1912, was among the first and the YT’s advocate group called themselves by the same name.

The project was conceived by J. W. Parmley, a Wisconsin native. His vision was a road that would go from coast to coast and would become well-traveled across the entire 3,719 miles. 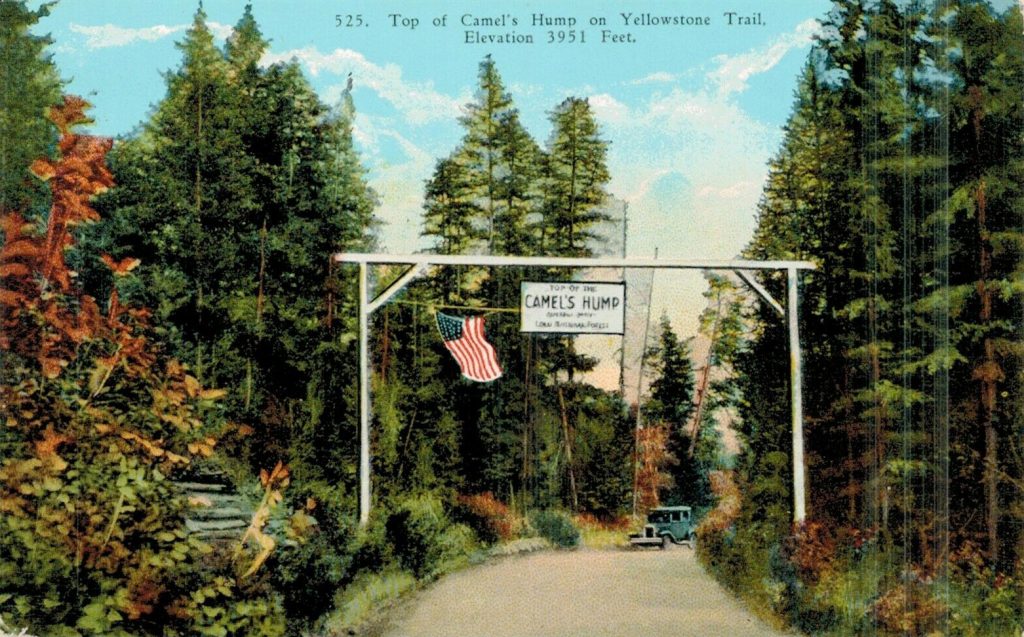 Because this was an extensive undertaking, the Yellowstone Trail was planned in segments stated as:
In 1912, from Ipswich, South Dakota to Aberdeen, South Dakota; then
in 1913, west to Yellowstone National Park and east to Minneapolis/St. Paul, Minnesota.
In 1914, going west to Montana’s western border; then
in 1915, east to Chicago, Illinois and west to Seattle, Washington.
In 1916, the first route to Plymouth Rock;
and by 1919, the final route to Plymouth Rock through Boston.

To succeed, the association realized that funds were needed. They solicited small fees from member towns, businesses and organizations. There would be print literature to lure travelers and that literature would include advertising aimed at the tourists.

The Yellowstone Trail Association didn’t actually build the roads, but they petitioned for “good roads” at every level of government. They provided instructions for construction and maintenance of roads, promoted route suggestions and provided signs to mark the path of the trail. 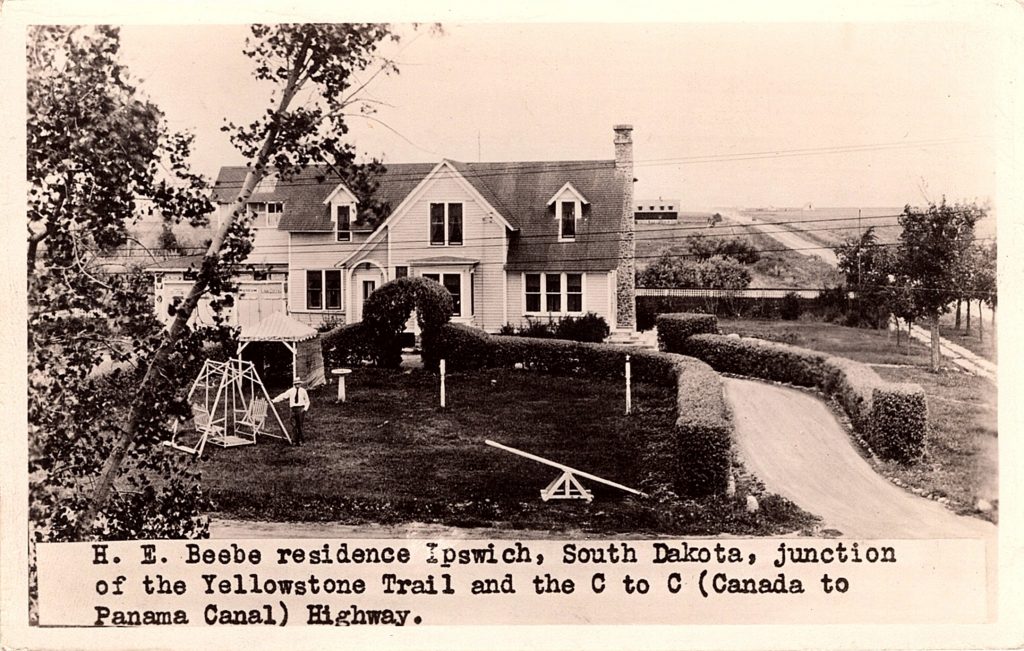 The Yellowstone Trail soon got the nation’s attention. This trail provided a route from coast to coast, thousands of miles, along which the traveler made the decision where and when to stop. The Yellowstone Trail was a new freedom that few had enjoyed. It opened an opportunity to see the country. 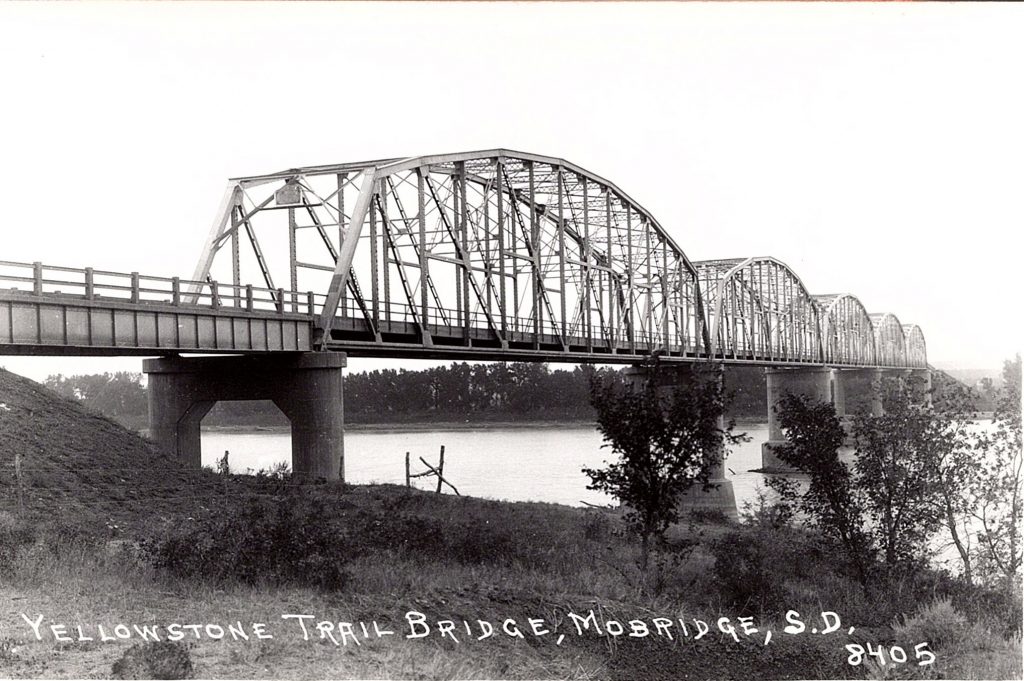 Of course, there were challenges. Roads needed improvement. Many were dirt paths that became muddy and impassable with heavy rain. Automobiles often broke down and parts were often unavailable. Such things as flat tires were always “do it yourself” projects alongside a highway. Gasoline required for the automobile needed to be available for refueling and places to stay overnight or even places to eat needed to be established. Some small towns didn’t have those accommodations. Simply stated, the infrastructure was not fully formed.

With time states began to change. Wisconsin was the first state to adopt a number system (1918) for highways. In 1926 the American Association of State Highway Officials (AASHO) was established and they numbered most US routes. They selected the best roads in an effort to connect and create a national network.

When the stock market crashed in 1929 and during the Depression, funds dried up as merchants could no longer pay the dues needed to keep the association viable. The “grass roots” groups were replaced by government officials. They made the decisions and the era of trail systems came to an end. 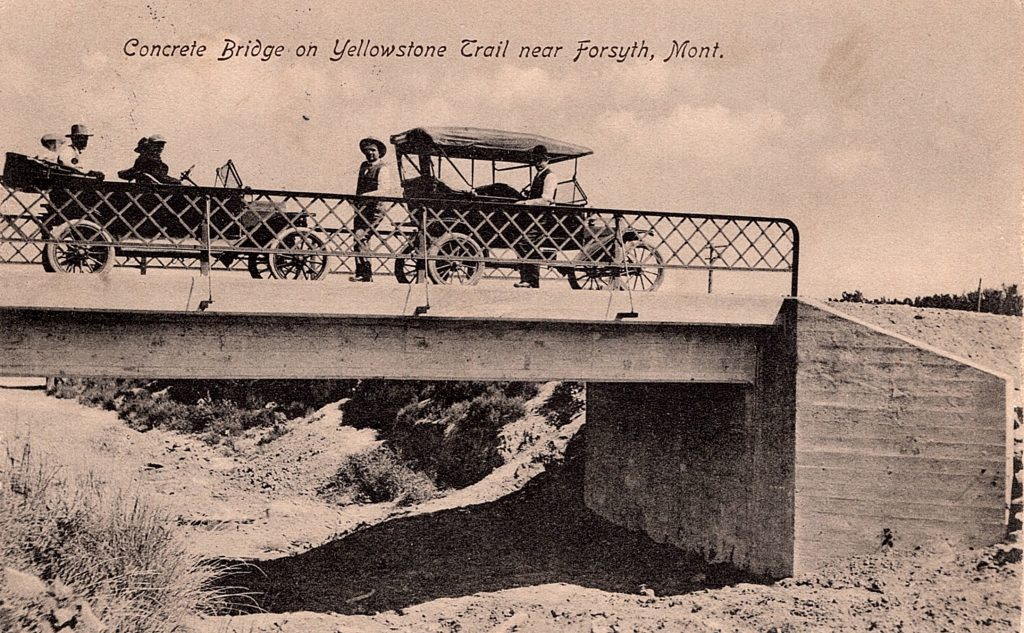 Today we think nothing of driving hundreds of miles and we seldom marvel at the sights along the way. We also no longer are concerned about lodging, gasoline or perhaps a muddy road that might leave us stranded. When we reflect on this era of travel, we learn about and should thank visionaries like J. W. Parmley who saw what was needed for the future and took the first steps to make it happen.

Yellowstone Trail postcards can be found although many postdate the time the trail opened. The ones included here will give you an idea of what is available.

Duane Stabler is retired from a career in engineering. Like many postcard collectors, Duane is also interested in genealogy and has successfully published in that field of endeavor. In addition he edited the Twin City Postcard Club newsletter for eleven years. Duane and his wife live near Dallas, Texas.
PrevPreviousCenturies of Navigation on 300 Postcards
NextI Never Met a Man I Didn’t LikeNext
5 Comments
Oldest
Newest Most Voted
Inline Feedbacks
View all comments
Shav La Vigne

Great article, Duane! I had no idea of the history nor the name of this road. Thank you for the lesson and the wonderful postcards.

Thanks Shav, I think many such private roadways were started and probably would have been very successful had it not been for the depression. Route 66 became more famous and probably is the best known such route. Postcards have a way of awaking our curiosity about many things and if we take the time to do some research we can learn a lot.

Some great cards among the illustrations in this article! I live in Indiana, but south of where the Yellowstone Trail cut through the state.

Hi Bob and thank you for your comment. I know the trail was defined from coast to coast but finding postcards from some areas is definitely harder but collecting postcards and collecting is often the thrill of the hunt and that’s what makes postcard shows fun.

Fantastic article. Thank you for sharing! My family lives on a historic property consisting of 4 buildings on The Yellowstone Trail in Nenno, WI dating between 1840 and 1868. We have turned it into a wedding venue called The Gardens Wedding Center. All proceeds made from the venue go into our preservation efforts. If ever traveling the trail through Wisconsin, feel free to pull in our lot and see some of the history that is still standing proud to this day. We do a fun and free open to the public event on Tuesdays during the Summer with live music,… Read more » 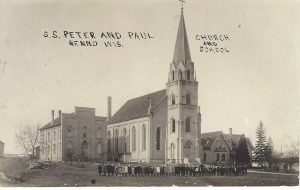