Tragedy Befalls the Innocent
in Ohio

In the opinion of this writer, Cleveland, Ohio, is among the most beautiful cities of the world. Settled along the southern shore of Lake Erie, it is historic, yet modern; artistic, without being stuffy, and progressive while still enlightened and tolerant. Cleveland has a world-class symphony orchestra, museums devoted to science, fine-arts (not to mention the home of the Rock & Roll Hall of Fame) and industry. Two of America’s finest hotels are in Cleveland. The restaurants are great. Theater is active. And, most importantly it is a city where the citizens take their responsibilities of citizenship seriously. 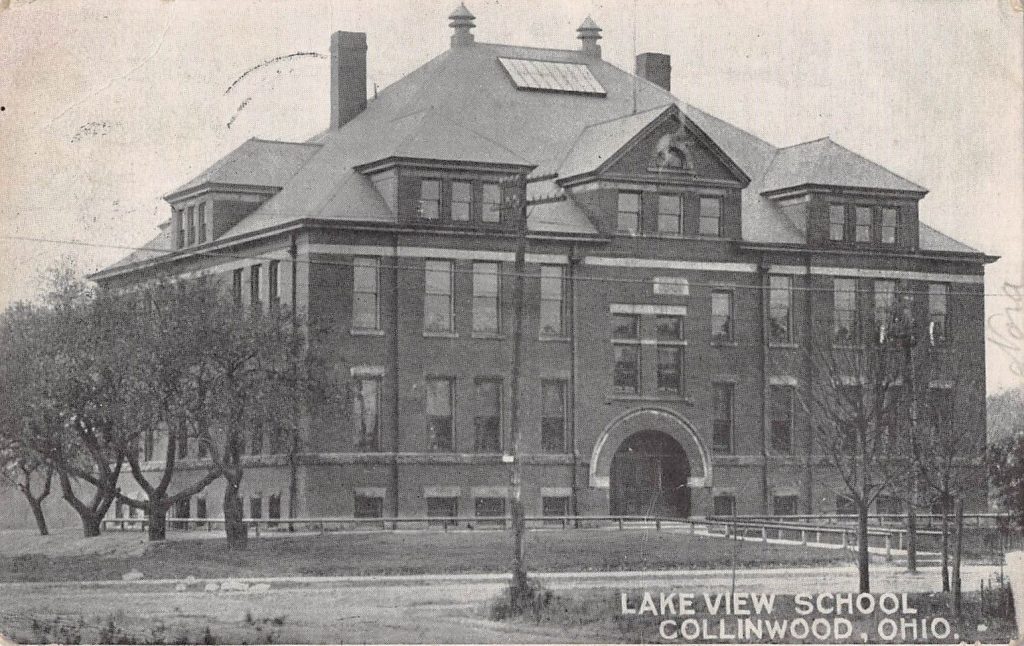 It is never easy to tell a story like this but come back with me to the village of Collinwood, Ohio, a northeastern suburb of Cleveland on Ash Wednesday, March 4, 1908.

It is a calamity of the highest order when a child’s life is lost. It is even more hideous when a clarion call or any strongly expressed demand for change falls on the deaf ears of politicians, the clergy, or society in general. 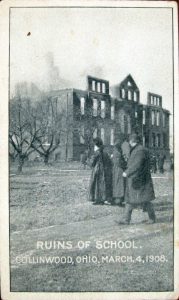 Today, far too often the news brings us reports concerning the death of a child. These horrors fill the screen of our television and the pages of our newspaper. But in the years before radios, telephones, and televisions it was often the postcard that brought us news of tragic events. This is one such event.

It was morning. After the call to class, the standard procedure was to lock all doors. The classrooms filled and suddenly 172 students, two teachers and a rescue worker were killed by the smoke and flames of a fire that could have been prevented. The cause of the problem that morning was a wooden joist under the first floor caught fire when it was overheated by a steam pipe. The entire interior of the school was wood, and a preservation method used by the maintenance staff was to oil the floors – a near perfect preservative but a very volatile and fast burning combination.

The loss of life in this fire was the greatest disaster of its kind up to that date. It is little consolation, but it was after this day that obligatory standards for fire safety were enacted; including one that required the installation of a new style door latch called a “panic-bar.”* 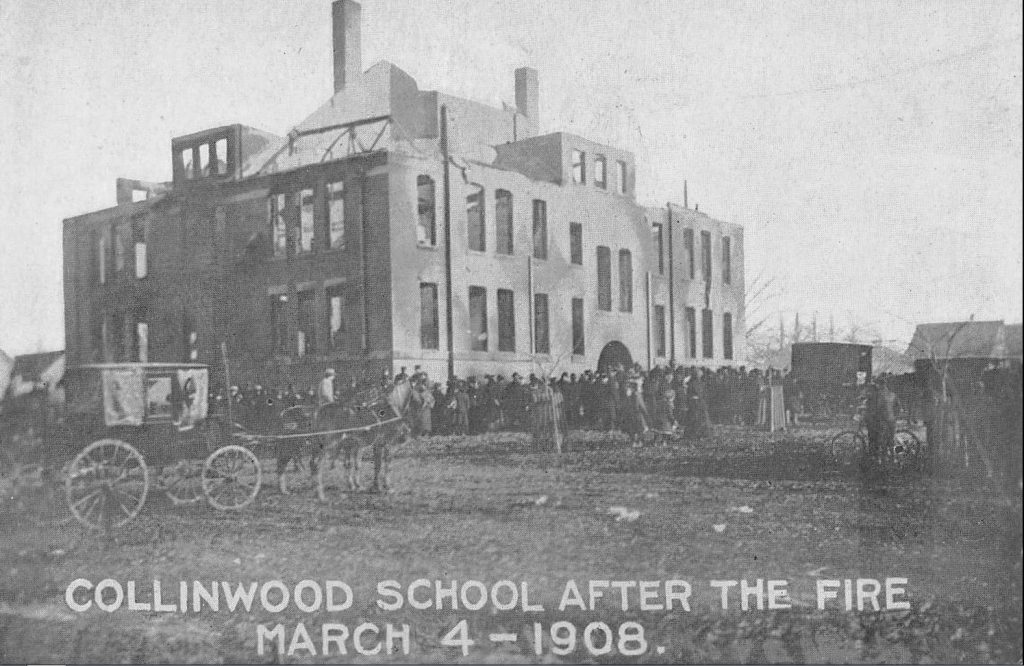 On the Monday following, at Lake View Cemetery, less than five miles from the school, a mass grave was opened to accommodate the victims, included were at least nineteen corpses that remained unidentified. 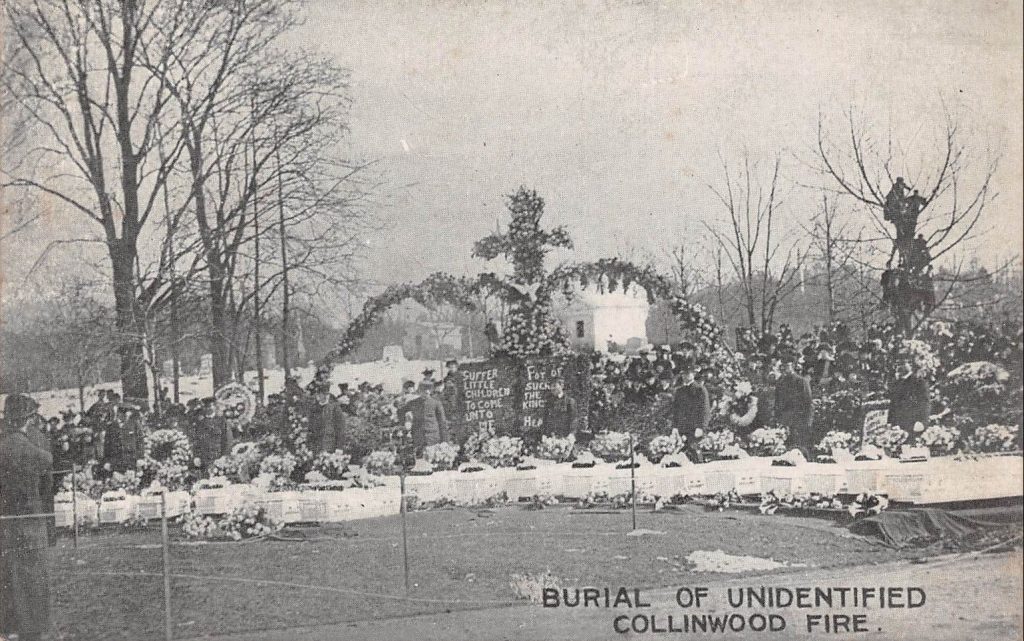 The final casualty of the fire was the independence of the Collinwood community itself. Unable to sufficiently guarantee fire safety resources for its residents, voters approved the annexation of Collinwood by Cleveland just two years after the fire.

It would be very agreeable if this could close with a whole list of improvements, but it would not be true. The research could continue for a long time, but one salient fact smacks the researcher right in the face. To wit: a Wisconsin newspaper dated August 29, 1978, reported on the board of education meeting held the previous Thursday night, it quoted the board spokesman as saying, “… when the children of our city return to school for the fall term, special classes will be held to instruct the students on the use of the recently installed panic-bar doors.”

Since i grew up in suburban Cleveland, I was familiar with this story, and appreciate the fact it is still being told over a century after the disaster.