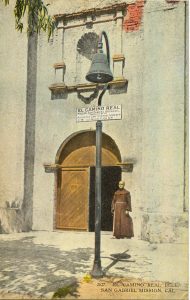 intention of getting involved in a project winds up being the driving force. Such is the case with Theo Sohmer.

Theo returned to his native California at the end of the Great War and decided he would press on with his career as a newspaper photographer – a job he wanted to do since his father taught him to use the family’s first camera.

Sohmer was 23 years old in 1920 and he had already traveled half-way around the world to fight a war in Europe, so when his editor asked him to travel the entire length of the El Camino Real – some 700 miles – it seemed like easy work.

Sohmer’s assignment was to photograph all the Spanish missions, from San Diego de Alcalá in the south to San Francisco de Solano, just north of the Golden Gate in Sonoma County.

Like many projects, the first days on the job were fun but tedious. Theo arrived at the missions mostly unannounced, so he spent untold hours explaining his task and soliciting permission from the priests to take pictures.

The trip took nearly two months. He took over five thousand photographs and managed to endear himself to Bishop John Joseph Cantwell of Los Angeles, which turned out to be both a good thing and a bad thing.

A good thing because the bishop encouraged Theo to forge ahead using his pictures to create a photographic history of the missions that was later adopted by church authorities and made him a rich man.  And a bad thing because Bishop Cantwell persuaded Theo Sohmer into being the Official Church Photographer for the Los Angeles Diocese.  An un-paid job he held until his retirement at age 70 in 1966.

Theo Sohmer’s work on postcards is legendary. His logo (his name inscribed on an artist’s palette) appears on thousands of cards published by the Western Publishing & Novelty Company of Los Angeles. The cards cover several western states and parts of Mexico and Canada.

The San Gabriel Mission on the card above was founded in 1771 and is 56 miles north of its more famous neighbor, San Juan Capistrano in Orange County.  The Archangel Gabriel, one of the three archangels mentioned in the Bible, is the mission’s guardian angel and the village’s namesake.

Today the mission functions as a modern Catholic Church with both an elementary and high school. It is located on South Mission Drive in the town of San Gabriel – less than five miles from Theo Sohmer’s boyhood home.

Other missions included in Theo Sohmer’s Photographic History are the 21 missions that currently comprise California’s Historic Mission Trail. Each is located on or near Highway 101, which roughly traces El Camino Real (The Royal Road) named in honor of the Spanish monarchy which financed the expeditions into California in the quest for empire.

Traveling from south to north from San Diego
to Sonoma the missions are as follows: 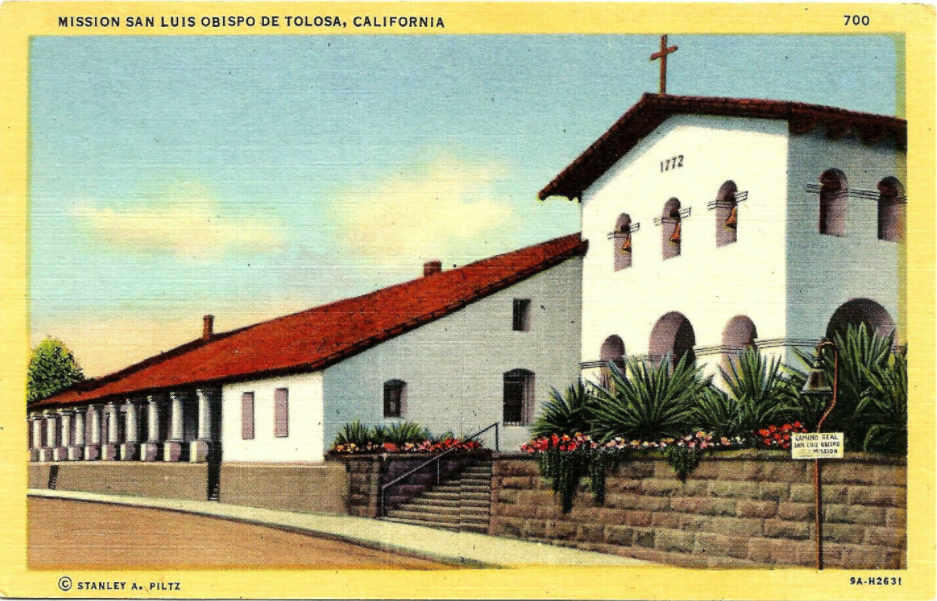 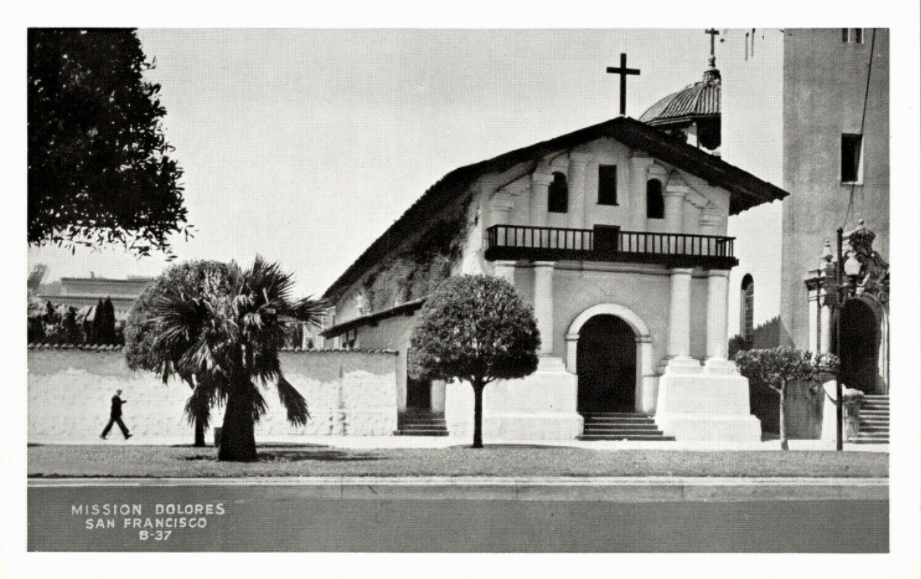 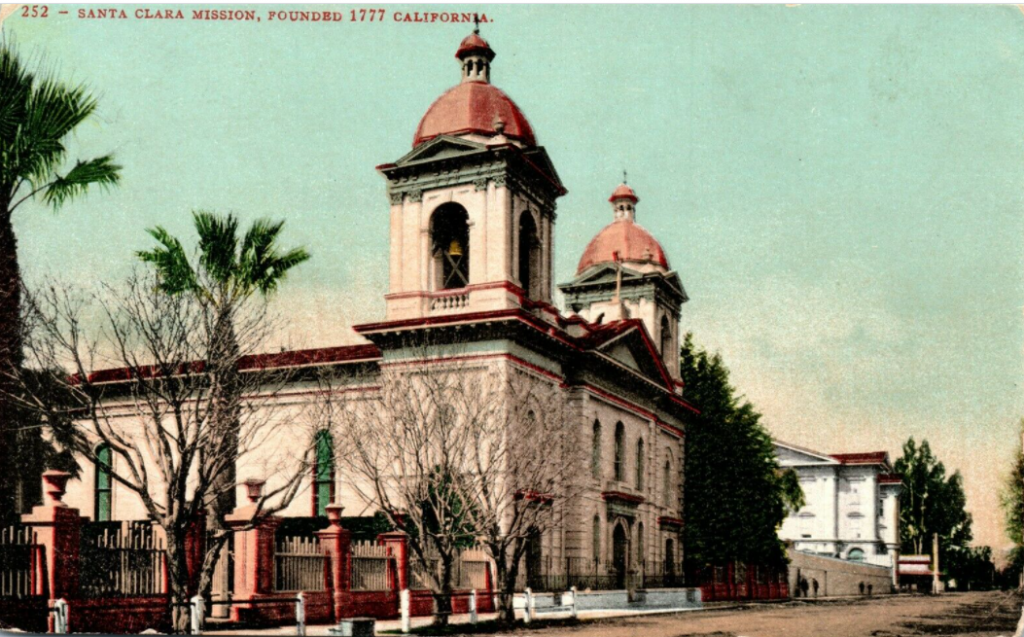 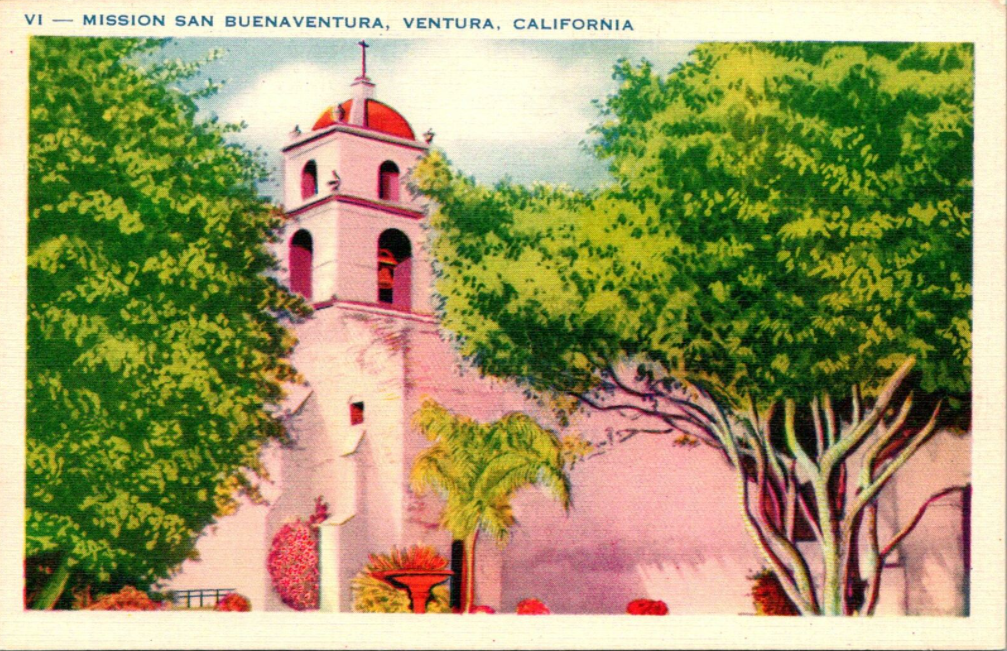 For detailed information and history on all the above, Google “California Mission Trail.”

Dr. Donald T. Matter, Jr., was a retired eye-surgeon from Long Island, NY. After giving up his practice, he moved to Arizona, but continued to collect postcards. He also traveled the globe doing eye-surgery on animals. When Don passed away his collection of more than 30,000 cards was auctioned.
PrevPreviousThe Art of Peter Helck
NextThe Girl and the MoonNext
6 Comments
Oldest
Newest Most Voted
Inline Feedbacks
View all comments
Jim Sens

I loved this story about Theo Sohmer’s journey in photographing all 21 of the Spanish Missions in California. I traveled much the same path as did Mr. Sohmer’s – only my journey took me about 30 years to complete. I was based in Cleveland, Ohio and worked for Kaiser Permanente from 1978 to 2004 – when I retired. While working for Kaiser Permanente I made numerous trips to both Northern and Southern California and while there visited, sketched and did watercolor paintings of the Spanish Missions in both Northern & Southern Cal. In 2011 my wife and I made our… Read more »

Mr. Sens,
I was a personal friend of Don Matter, the author of this piece. Sadly he is no longer alive, but it is for sure that he would like you to share your version (drawing or painting) of any mission with our readers. I promise it will be featured in a future issue.

I’d be pleased to share some of my Spanish Mission paintings w/you and you readers. I guess I would need to know how to do this. Can I just email some of them to you ? If so, what would your email address be.
Thank you, jim sens
PS – please call me jim

Mission San Jose is located in a neighboring county, not to be confused the nations10th largest city.

Although I don’t recall seeing Sohmer’s name before reading this article, I suspect I have a few cards which feature his photos.

Thanks for your fine article about Theo Sohmer and his Mission postcards. My husband and I both have seen many of the 21 and Missions are one of my favorite topics to collect. Now I will need to go to that box and see whether I have any of his but not tonight. I enjoy reading and learning about what you present so well.