The Art of Peter Helck 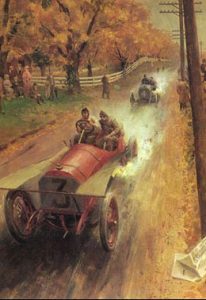 t three decades of the 20th century, it is unlikely that you know the name Peter Helck.

It was only in his professional career as an artist that Clarence Helck used his middle name Peter.

Clarence Peter Helck was born in Manhattan in June 1893. His parents, Henry and Clara were both born in Germany and married only two years before they immigrated to the United States. They settled into an apartment on West 96th Street in the Upper West Side of New York City. Henry was a watchmaker and jeweler and easily found substantial work along Jeweler’s Row. Clarence had one brother, Henry, who was five years older.

Clarence reported to Pelham Bay Naval Training center in July 1918 while still a bachelor. He achieved the rank of Seaman 2nd Class, and just after leaving the military, in September 1922, he married his wife, the former Priscilla Smith. The Helck’s had two children, a son, who as an adult lived in New Jersey and later a daughter who was named after her mother, Priscilla.

Peter set his goal to be a professional artist at age 13. Family legend has it that in 1906 he attended the Vanderbilt Cup car race on Long Island. He was a natural-born artist and he knew from that day at the race that he wanted to draw pictures of cars. Or trucks, or almost any machine that moved.

Peter drew inspiration from the legendary French artist Edouard Montaut whose exaggeration of speed gave his work a sense of super realism. While an art student in New York, Peter would spend many of his lunch hours gazing at the wonderful showroom displays along that city’s automobile row. His first published work was for the Brighton Beach Motordrome. Commissions for the Sheepshead Bay Speedway soon followed.

In time Helck’s artwork found its way into most of the major publications of his era including The Autocar, an English publication that assured him some well-deserved commissions in England, Ireland, and on the continent.

Naturally, while in Europe, his ever curious nature drove him to attend all the major races in France and Italy. In the 1930s he won commissions by the Sinclair Oil Company, which resulted in a portfolio of lush service station scenes which Sinclair used to promote the idea of driving for pleasure.

Helck himself once estimated that he had created more than 600 racing sketches, drawings, and paintings. His art is now owned by both private individuals and museums.

Throughout most of his life Helck maintained a gallery at 10 E. 53rd Street in New York City, and when Helck died in 1988 at the age of 95, it seemed to his followers that he personally closed a window to the past, when men drove huge monstrous machines at tremendous speeds over rock strewn roads and were romanticized for doing it.

Beyond his paintings Helck authored many articles and two books: The Checkered Flag and Great Auto Races. The first, The Checkered Flag was published in 1961; it is a collection of musings over a bygone era of both on- and off-road racing. The pen and ink illustrations greatly enhance the text.

Helck’s art on postcards is rare. I have seen his cards in the collections of two friends and one was gracious enough to allow me to scan the three cards with this article. An opportunity to buy postcards of his art has never presented itself. 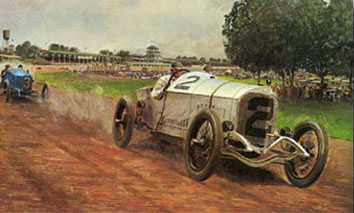 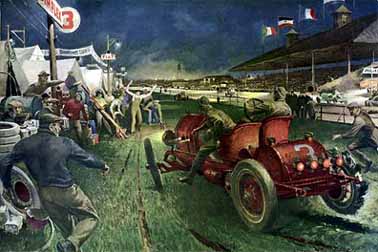 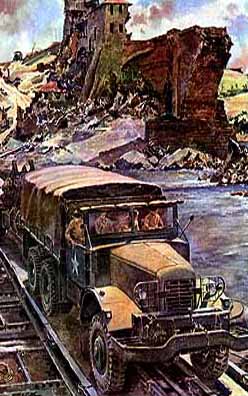 Seldom does Helck’s art come to the auction block in today’s market, but one example of his value as an American artist is seen in a report of a recent sale of the piece (right) entitled Gate Crossing, 1938.  Hammer price: $1900.

The illustration seen left is from a Mack Truck advertisement in a 1943 Life Magazine. 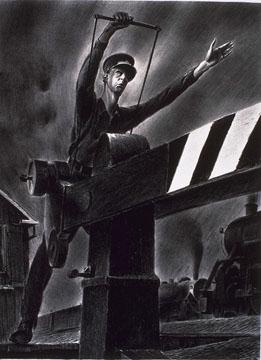 I had never heard of Helck, but he was clearly a talented artist, and I’ll be on the lookout for his work.

I took this photo at the Roebling Museum during an auto show. I thought the Helck illustrations looked like Mercer Raceabouts. 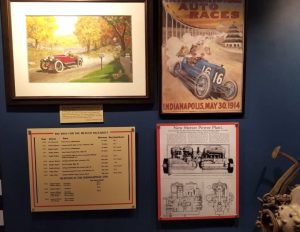