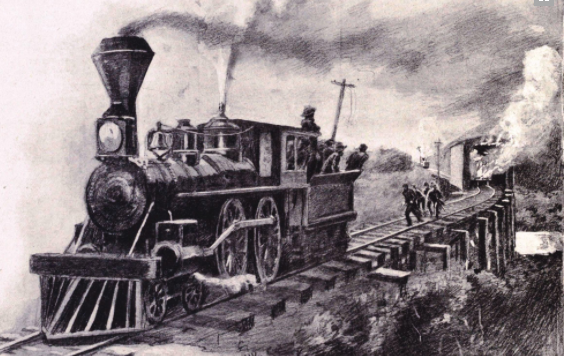 The American Civil War is without doubt the most studied, talked about, disputed, scrutinized, and unforgettable event since the gavel dropped at the Continental Congress when our forefathers told King George III that it was all over between us Americans and his British monarchy.

Contrary to the revisionist historians, the American Civil War was not about slavery alone. The war was about money and it was fought by those who had some, the North, and those who had a lot less, the South. Our civil war affected the entire world, so with such an inventory of stories, it is not difficult to find Civil War tales that can sustain a retelling. Here is one of the best.

Since there are no soldier memoirs written on postcards, this piece of history didn’t make its way to the history books on cards – “it came by train.” There are cards of memorials and cards made for anniversary occasions. One such is the modern card above, found at the Atlanta Cyclorama where the famous depiction of the 1864 Battle of Atlanta is kept. The Cyclorama is also the home of Engine 49 – The Texas. It is one of the locomotives used by the Confederates who chased the Union soldiers that seized a locomotive named The General in Kennesaw, Georgia. 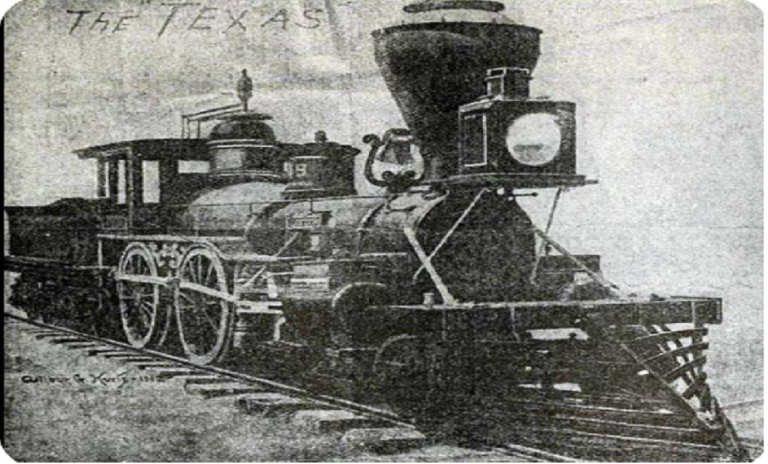 Also known as Andrews’s Raid, the story goes like this: at dawn on April 12, 1862, the first Union soldiers arrived in north Georgia. Their presence soon led to an exciting locomotive chase – the only one of the Civil War. The adventure lasted just seven hours, involved about two dozen men, and as a military operation, ended in failure.

Just days earlier Northern forces advancing on Huntsville, Alabama, failed to secure the rail station at Chattanooga, Tennessee. A remedy was for Union General Ormsby Mitchel to accept an offer from James J. Andrews, a civilian spy, contraband merchant, and trader between the lines, to lead a raiding party behind Rebel lines to Atlanta. His plan was to steal a locomotive and race northward, and in their wake, they planned to destroy track, telegraphy lines, and maybe some bridges near Chattanooga. The raid was aimed to knock out the Western and Atlantic Railroad, which supplied Confederate forces at Chattanooga.

On April 7th, Andrews with twenty-two volunteers from three Ohio infantry regiments, and one civilian, all in plain clothes, slipped through the lines to Chattanooga and entrained to Marietta, Georgia. 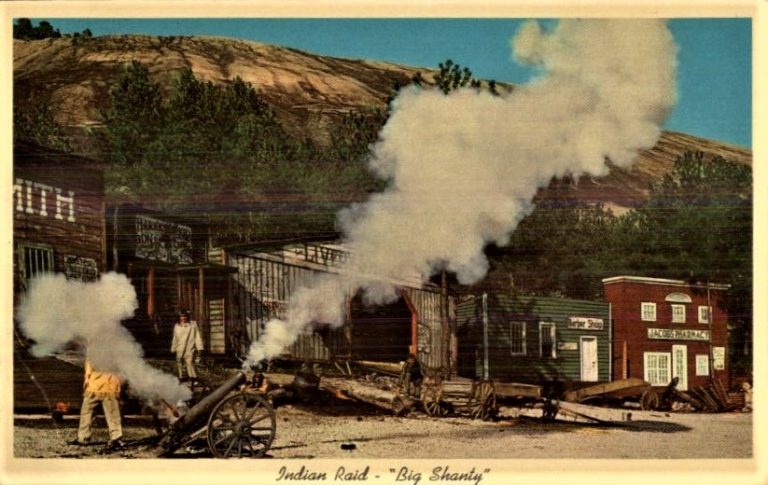 The Big Shanty Festival, held annually at the Southern Museum of
Civil War and Locomotive History,
at Kennesaw, Georgia

On the morning of April 12, when Andrews’s party boarded the northbound train, they traveled eight miles to Big Shanty (near present-day Kennesaw). The site was chosen for the train jacking because it had no telegraph. While crew and passengers ate breakfast, the raiders uncoupled most of the cars, and by 6 AM they steamed out of Big Shanty with the locomotive named The General, a tender, and three empty boxcars.

Pursuit began immediately when three railroad men ran after the locomotive. Two of the three, Anthony Murphy and William Fuller, persisted in their chase for the next seven hours and over eighty-seven miles. First suspecting the train thieves to be Confederate deserters, the pursuers acquired a locomotive at Etowah Station.

Aware they were being chased, Andrews’s men cut the telegraphy wires and pried up rails, but the chase continued. The thieves tried to burn the bridge at the Oostanaula River, but the pursuers were so close that at Tilton, Georgia, The General could take on only a little water and wood. At about 1 PM it ran out of steam two miles north of Ringgold, with the Southerners, aboard the Texas, fast upon them. The Confederates rounded up the raiders, Andrews among them, and days later, all were tried as spies and executed in Atlanta.

Though it created a sensation at the time, the Andrews raid had no military effect. The train thieves were hailed in the North as heroes. The soldier-raiders received the Medal of Honor.

In the postwar years the raiders were remembered in thrilling recollections by several witnesses and the escapade made its way onto film three times: first in a silent film starring Buster Keaton, then The General (1927), and Walt Disney’s The Great Locomotive Chase (1956).

The Disney movie was one of the first Hollywood efforts to be filmed in Cinema Scope. Fess Parker starred in the film as James J. Andrews, the leader of the Union soldiers. The action-packed script won the attention of its audience, it didn’t matter that a few details were fudged.

The postcard below came out of a centennial event in 1962 in Big Shanty, Georgia 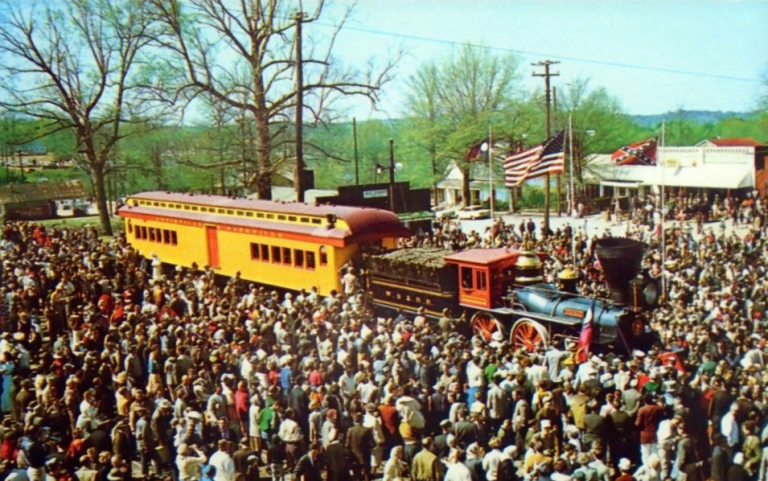 The Staff of Postcard History offers this article for your enjoyment. It is a combined effort of many: our publisher, editor, webmaster and collectors/contributors far and wide. Please use the COMMENTS feature below to let us know how we're doing.
PrevPreviousThe Jungfrau
NextThe Art of Peter HelckNext
7 Comments
Oldest
Newest Most Voted
Inline Feedbacks
View all comments
John

The Texas and Cyclorama are at the Atlanta History Center. The General is at the Southern Museum of Civil War and Locomotive History is a museum in Kennesaw, Georgia. It is a shame they are not together.

The city of Atlanta was originally known as Terminus since it was one end of a Western and Atlantic Railroad line. The word “Atlantic” was the basis of the community’s current name. 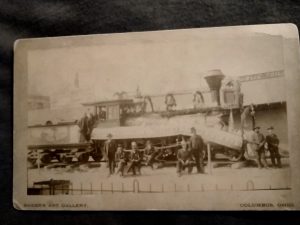