This is a strange language we speak. English is often considered the most difficult to learn and the primary reason is word-wealth. This is a touchy topic among linguists, for opinions vary greatly and different opinions affect the number of words considered to be part of a language.

English is not the most word-wealthy in the world; Korean has over one million words, Japanese has almost a half-million and Italian has a few more that a quarter-million. English has over 171 thousand words, followed by Russian with 150 thousand. Other common languages – those used by more than 250 million speakers – Spanish, German, French, Portuguese and several Chinese dialects have less than 100 thousand words.

The theory of word-wealth is simple. “Word-wealth” has a direct correlation to “Word Count.” For example: in French, if you say to someone, J’ai l’intention de prendre le chemin de fer pour Paris la semaine prochaine. That is 15 words, remember contractions count as two words. Conversely if an English speaker said, “I plan to take the railroad to Paris next week,” he would need only ten words to communicate the identical thought.

All this brings us to a point where the truncation of language is often accomplished in other ways. Body language is one; a nod, a wink, a hand gesture, or shrug of a shoulder could communicate a thought or desire. To a lesser degree, our clothes communicate, and our accessories transmit sentiment, feelings, and questions. When body language and clothing combine to deliver messages – even by Come On postcards sent across oceans – it is likely that mixed messages could result. Unclear communications may cloud the skies over a battle of the sexes.

Let’s examine a set of postcards that communicate well and asks the same question in many non-verbal ways. In a recent conversation – in English, but in a non-English speaking country – those present decided to categorize these cards as “Come-On” cards. Most popular in an era from 1914 to 1920, most sets of Come On cards were designed for women to send to men – especially men in the military who had been sent to stations beyond the borders of their home.

It was generally agreed in the afore mentioned conversation that the message being sent from the “girls” at home to the “boys” far away was one of loneliness, desire, and love. There were two underlying requirements that would guarantee success; it was generally agreed that the cards should be mailed one-at-a-time and in the correct order. One descriptive expression that garnered lots of attention was “From hint to hallelujah.”

The Come On postcards I show here are a fair example of the genre. The manufacturer is identified by its logo – a capital letter “S” superimposed atop a “B” inside a circle – the Samson Brothers from New York. The company was short lived, in business only from 1909 to 1919. The blue-monochromes have an elemental Moorish border that features blocks, spots, and diamonds in boxes and rhombi.

The eight images are posed photographs of the same woman standing, seated, and reclined. She is scantily dressed in what may be laces, silks, and fur – probably a faux polar bear-skin rug. The captions are suggestive but not lurid.

If the “girl” sent them to her “beau” in the order seen below, would you agree with the arrangement? 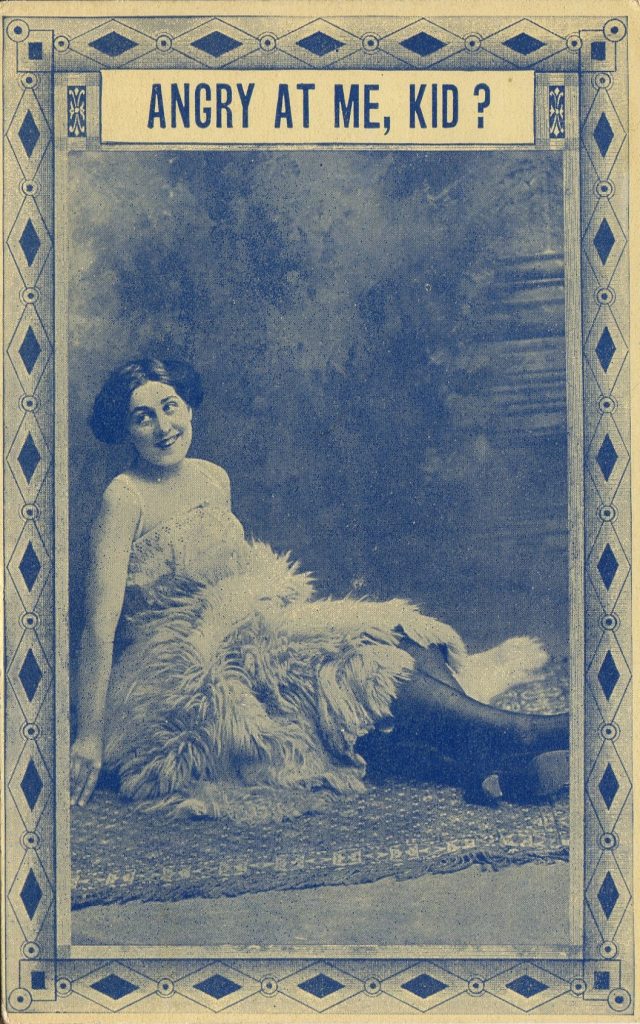 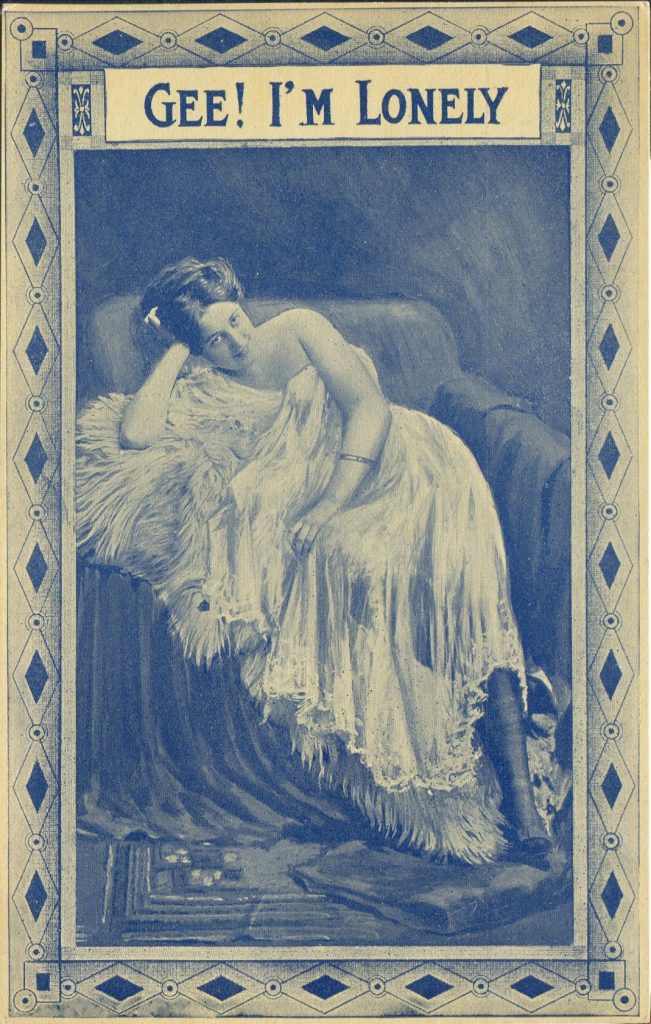 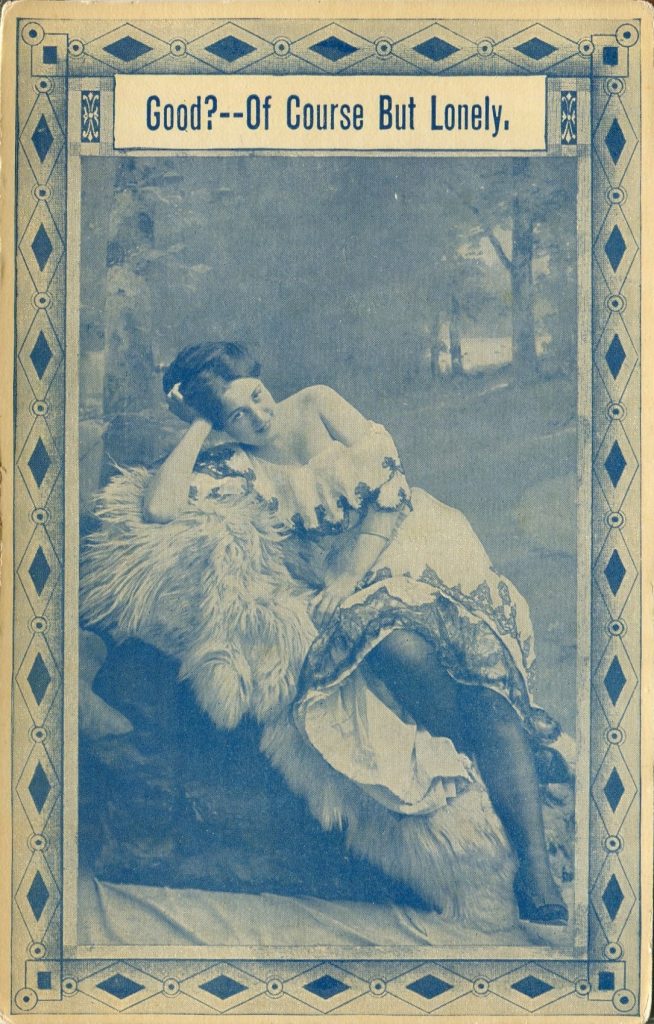 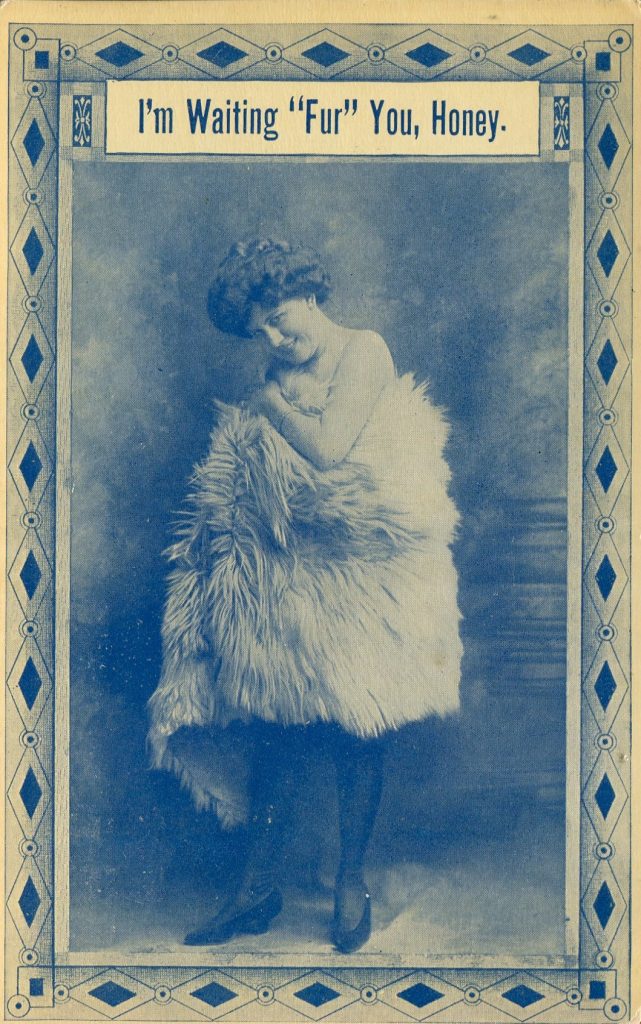 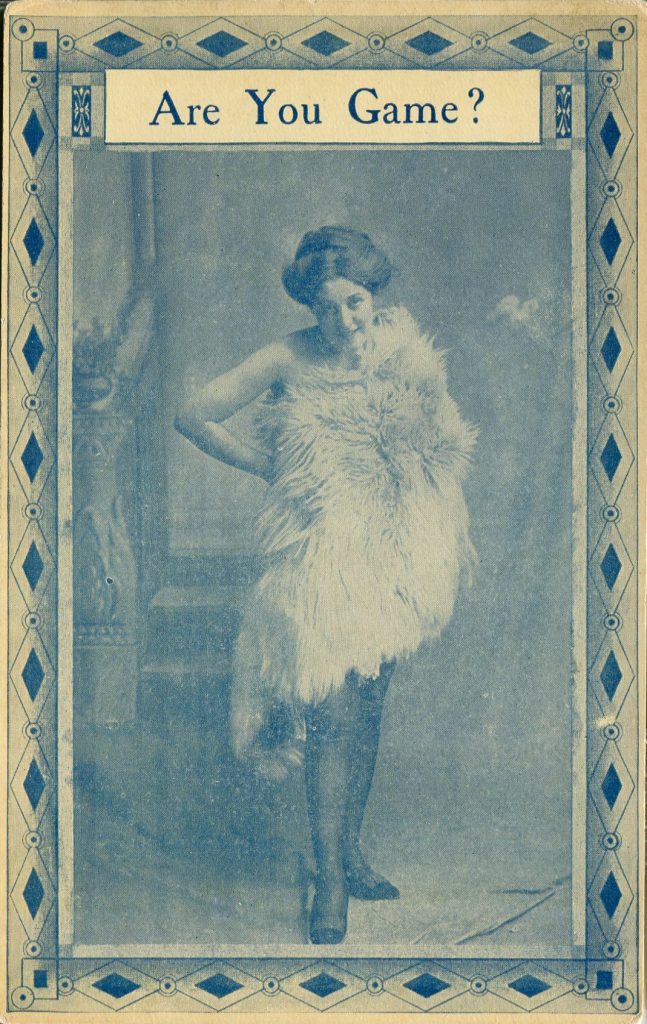 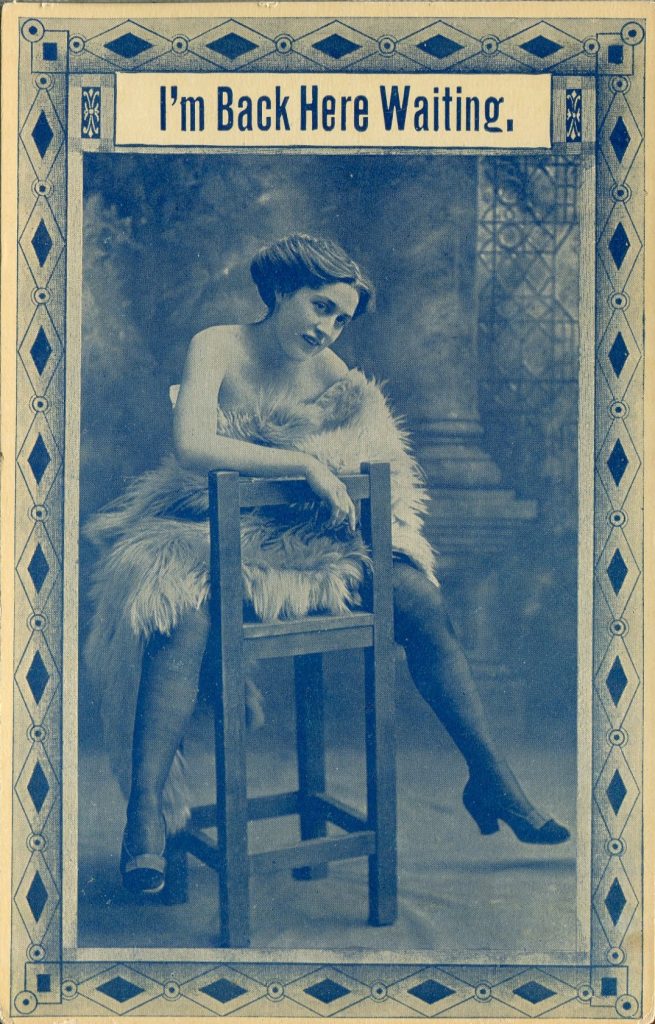 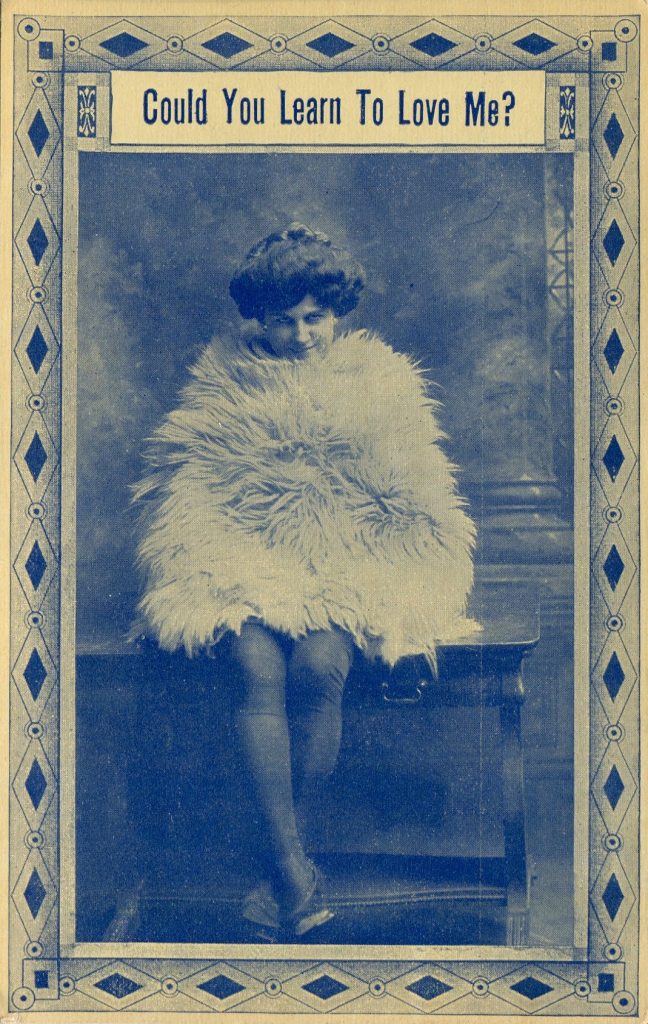 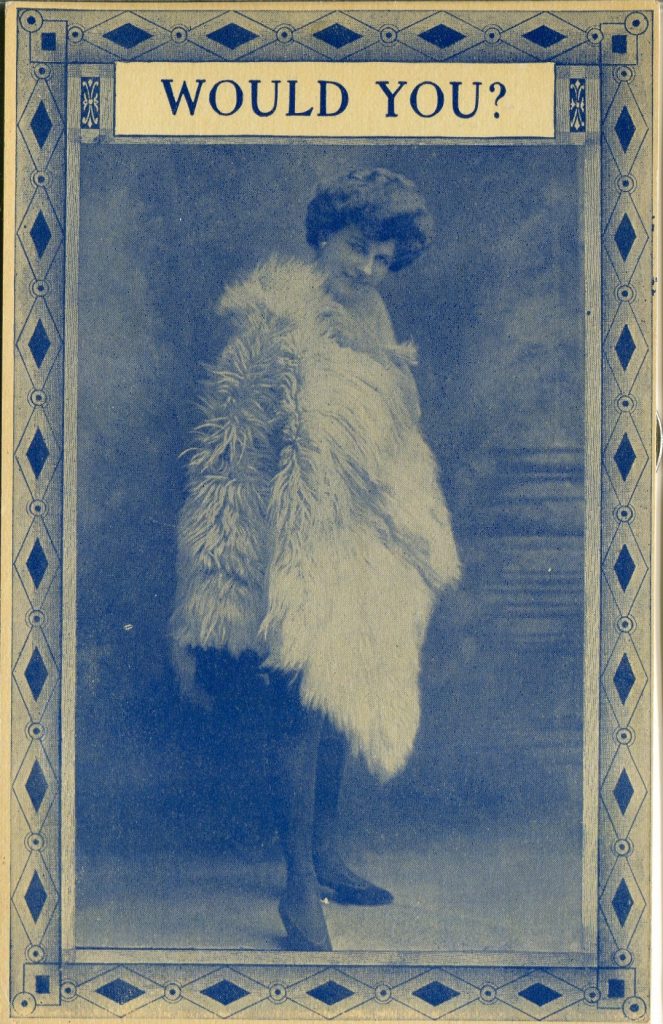 What a great idea!

It would be interesting to know how many of the women who sent these cards ending up winning the hearts of the recipients.

I love the “Good but lonely” one. It’s sad to think of these people separated from their loves in that horrific war.