The "Ides" of March

There are historians, philosophers, social behaviorists, and dozens of others who have long speculated on the topic of which person, ever, has been most influential on history. Lists have been made that include names such as: Jesus of Nazareth, Confucius, Mohammad, Buddha, Julius Caesar, Charlemagne, Alexander the Great, Christopher Columbus, Gutenberg, George Washington, Abraham Lincoln, Hitler, Franklin Roosevelt, Einstein, and others.

There are two names that have been on, and off the list, in its numerous iterations, throughout the years (the last serious one being compiled in 1992). They are Cai Lun and William Shakespeare. 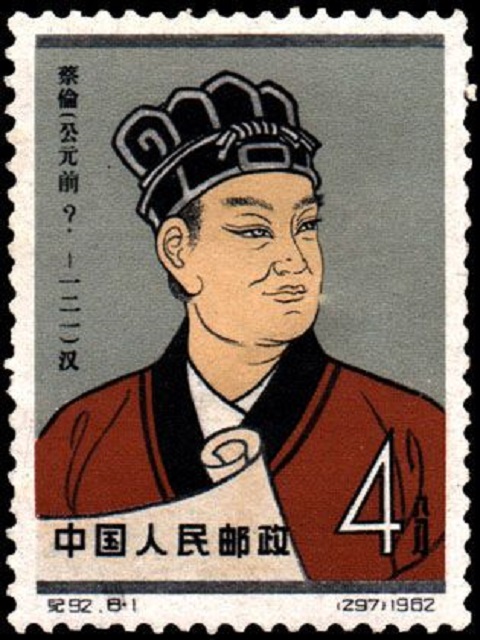 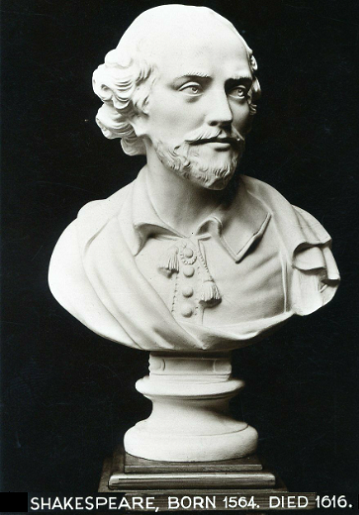 The phrase “The Ides of March” would never have become part of the English idiom without Shakespeare.

In Shakespeare’s 1599 tragedy, Julius Caesar, the soothsayer Spurinna, in Act One, Scene II warns Caesar to “beware the ides of March.” Enough! Most members of western civilization have been high school sophomores where we studied the play and we know the consequences of the warning and since there is nothing else to be done, we don’t care. Period.

But, the postcard you see here once appeared in a “quarter-box” on what may have been the Ides of March. Coincidence dictates the purchase of such a treasure. 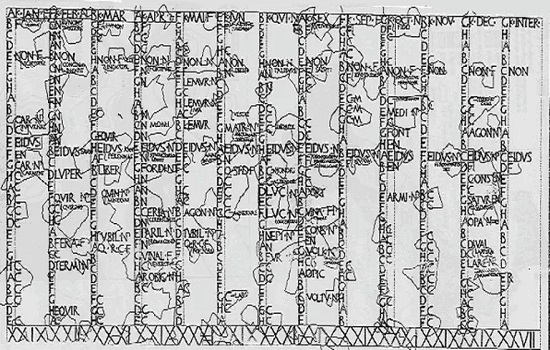 If there was one degree of courage in my ancient body, I would attempt to explain the image, but a sense of utter cowardice floods my soul when it comes to incorrect information, hence I rely on alternative sources.

The “Ides” of a month, March and May, then July and October, is the fifteenth day of the month. In all other months the ides of the month is the thirteenth day. These four months are all recognized as 31-day months. (Certainly, so are three others, January, August, and December; may it be assumed that these three unmentioned months also have Ides? Does anyone know a Roman?)

The accounting of time by the Romans was much different than now. The Romans never used “weeks of seven days.” They used Kalends, Ides, Nones and Before the Kalends of the following month. Obviously, when these groupings did not fit the usual 31-day pattern the number of days were adjusted.

The official explanation of “Ides” follows: in a 31-day month such as March, the Kalends was day 1, with days 2–6 being counted as simply “before the Nones.” The Nones fell on day 7, with days 8–14 “before the Ides” and the 15th as the Ides.

Through the centuries the major events on the Ides of March were: in 1939 the German’s invaded Czechoslovakia, in 1941 a deadly blizzard (more than 150 died) occurred in the American upper mid-west, in 1986 a hotel in Singapore collapsed and killed 33 people and in 2003 the World Health Organization declared the deadly SARS virus a worldwide health threat.

On other Ides of March: 1493 Columbus returned to Spain; in 1820 Maine became the 23rd state; in 1869 the Cincinnati Red Stockings became the first American baseball team; in 1906 Charles Rolls and Henry Royce founded their car manufacturing business; in 1965 the first T.G.I. Friday restaurant opened; in 1972 the movie Godfather premiered; and in 1985 the first Internet domain name (symbolics.com) was registered to Symbolics, Incorporated, a computer business from Cambridge, Massachusetts.

There is simply no reason to fear any day on the calendar. Some people dislike Fridays that fall on the 13th of a month. Others suggest that any day with a “8” is lucky. Any day with a “4” is unlucky. There are those who think it is unlucky to hang a calendar before the year begins. One of my favorites is when George Washington was President, he would meet with representatives of Native American tribes on the first day of each month; he served a fruit punch with a pinch of salt – such a beverage was served to ensure that the first of every month would be a day of joy.

Oh, I almost forgot, Cai Lun needs to be on the “influential” list because he invented paper. Just think how unlucky we would be if Cai Lun invented something else.

Postcards are printed on paper! Yeah, I know, I didn’t need to remind you of that.

Ray Hahn is a retired educator, but he has never stopped teaching. His decades of researching, writing and editing a newsletter for the South Jersey Postcard Club has been a world-class education in trivia. In addition to postcard collecting, Ray’s other interests include history, genealogy, and touring the world with his wife Marie. Ray often advises his readers to "Join me as we explore the world one postcard at a time." Ray and Marie live in New Jersey.
PrevPreviousJames Buchanan at Home in Pennsylvania and the rankings of presidents of the United States
NextEarning Your Living in the British EmpireNext
3 Comments
Oldest
Newest Most Voted
Inline Feedbacks
View all comments
Bob Kozak

Whenever I hear the phrase “Ides of March”, I’m reminded of when I played Cassius in a school production of Julius Caesar.

Maybe we would have more leather, copper, wooden, etc. postcards if Cai Lun had “invented something else.” Thanks

This business of one day being lucky and another day isn’t….I am not so sure about that stuff. We are mighty lucky to have such a great hobby and now this place where we can read four new articles every week. Every day seem to be lucky ones for most of us. Get your vaccines, both of them, and
return to looking at your postcards again!!