at Home in Pennsylvania

and the rankings of presidents of the United States

In colleges, universities, political think-tanks, and social research institutes across America and around the world, the American presidency is a topic of constant study by historians, political scientists and fact and data analysts. It is truly a rare occasion when any of the above mentioned – either as individuals or representatives of their organization – agree. Nevertheless, there is one circumstance on which they come very close to universal consensus. Read on.

James Buchanan became the 15th President of the United States in 1857. Before his appearance in national politics, Buchanan served as a private in the military, was a lawyer in Pennsylvania, and as such enjoyed a successful career in defense of both criminal and civil clients. He won his first election to the U. S. House of Representatives in 1820. He was elected to six terms and while in office aligned himself with Andrew Jackson’s Democratic Party.

Buchanan served in the House for eleven years, but when Jackson was re-elected in 1832, Buchanan was offered the position of Ambassador to Russia. He left the country in 1833 and remained there for the next 18 months. Soon after his return to Pennsylvania he was elected to the Senate and later served in the cabinet of President Polk as Secretary of State.

After the 1848 election of President Zachary Taylor, Buchanan returned to Pennsylvania and purchased Wheatland, a modest estate near Lancaster City. The estate remained his official residence for the rest of his life. 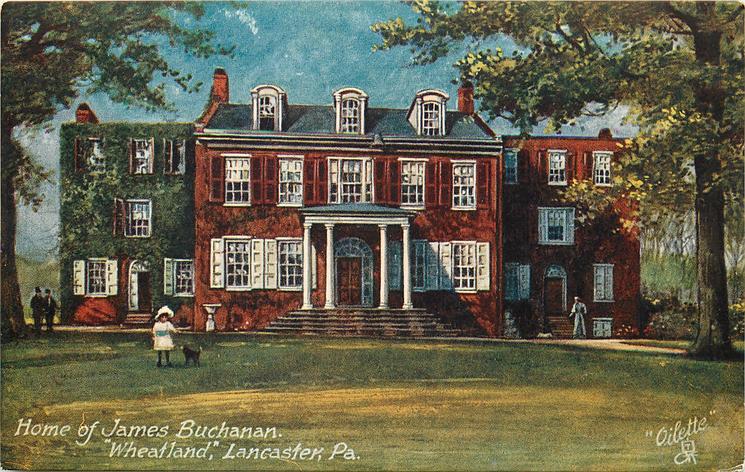 Buchanan spent his next years in relative quiet. He entertained political friends and local dignitaries and eventually secured the presidency of the Franklin and Marshall College Board of Trustees. He never relinquished that title; he served the college until 1866. 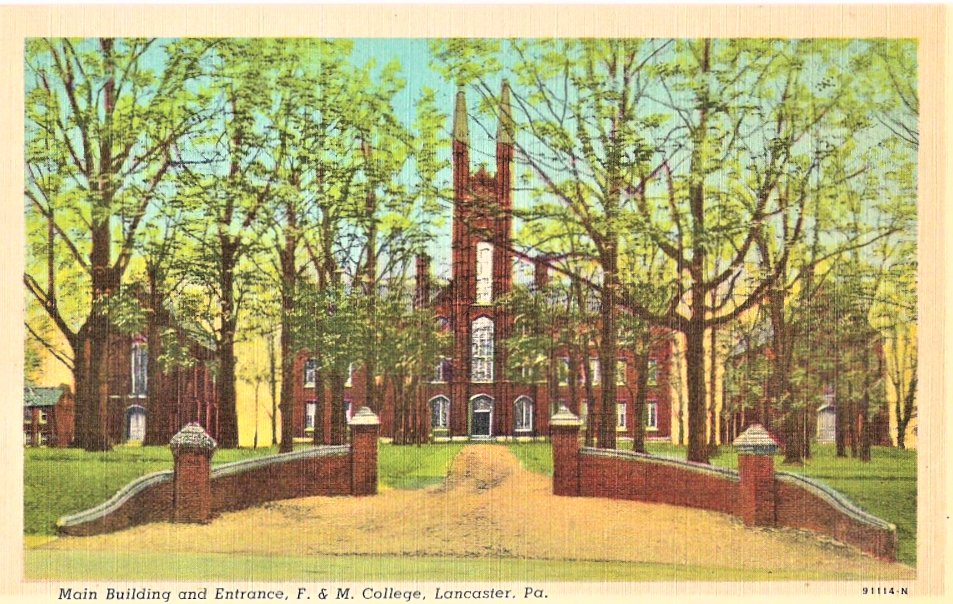 Buchanan campaigned for the 1852 presidential nomination from Wheatland, by writing public letters that announced his disapproval of the Wilmont Proviso, which was designed to ban slavery in any new states or territories. He was branded a “doughface,” someone from the north who has southern tendencies.

Again in 1856, Buchanan repeated his campaigned for the nomination. At the convention in Cincinnati, Ohio, it took seventeen ballots, but he won. On November 4, 1856, he faced two candidates: Millard Filmore as the American Party (the Know-Nothings) nominee and John C. Fremont, the Republican nominee. Buchanan won 19 states, 18 of which were southern-tier states and California. Buchanan never left home.

Buchanan’s presidency was one colossal disaster after another. The best history, President James Buchanan: A Biography, of the Buchanan years is by Philip Klein, the executive editor of the Washington Examiner. It is professionally researched, accurate and scholarly.

It is sad that James Buchanan is best-known as the only unmarried president. For some historians that is enough. He was a states’ rights supporter, he minimized the federal government in the slavery crisis, his only supreme court nomination (Nathan Clifford) was vigorously contested because Clifford was also a “doughface” on the wrong side of history, and his support of no-bid government contracts marked his administration as the most corrupt ever.

Many of these circumstances could be forgiven at the time, but not all in concert.

At the beginning I stated that there is one thing many historians agree on, that thing is – they consistently rank James Buchanan as the country’s worst president.

On the day (May 31, 1868) before his death at age 77, while gravely ill and on his deathbed, Buchanan foresaw that “history will vindicate my memory.”

That may never happen, history is a cruel teacher.

Wheatland on the other hand has come to be a treasure, owned and operated by the Lancaster History organization. The estate has become the centerpiece of educational programs that include living history events, a presidential lecture series, an annual Yuletide program, and historical tours for students and tourists. For many reasons, Wheatland connects its modern guests to the presidency, the Civil War, and the ever fascinating American political process. It is also a registered National Historic Place. 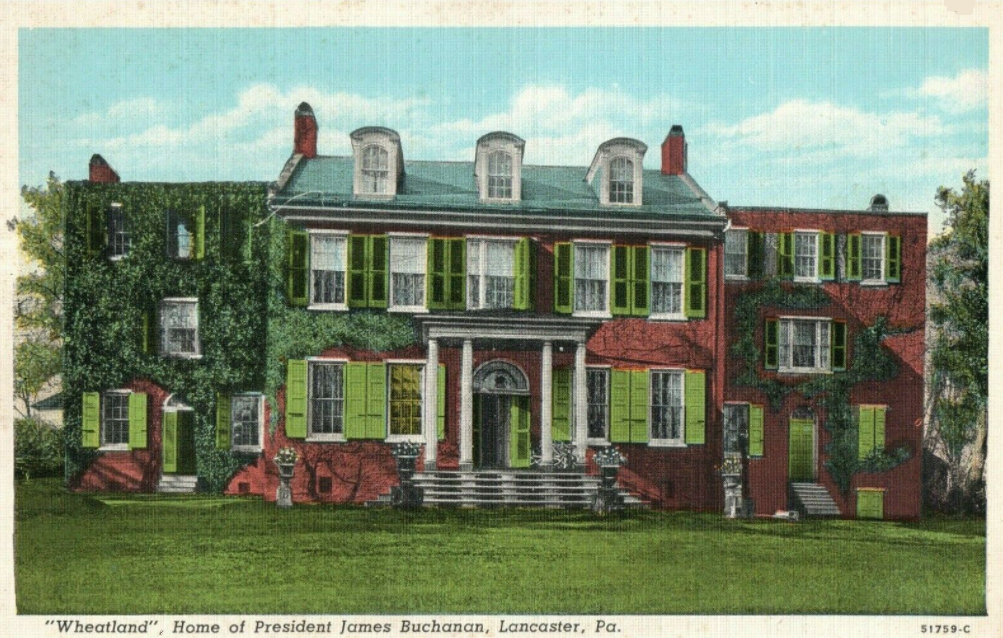 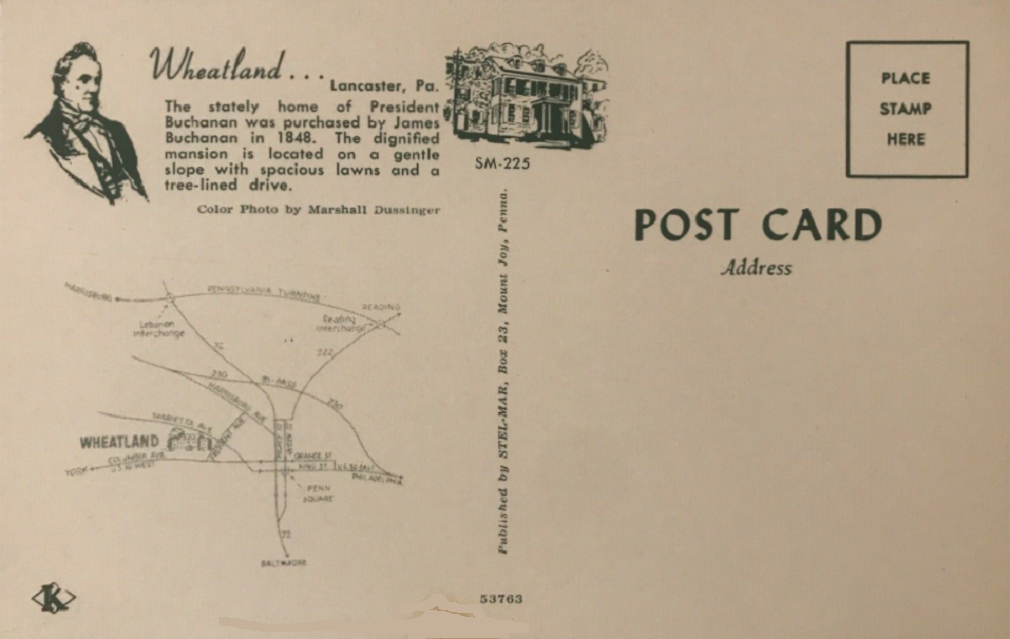 WHEATLAND Address side with map CIRCA 1952 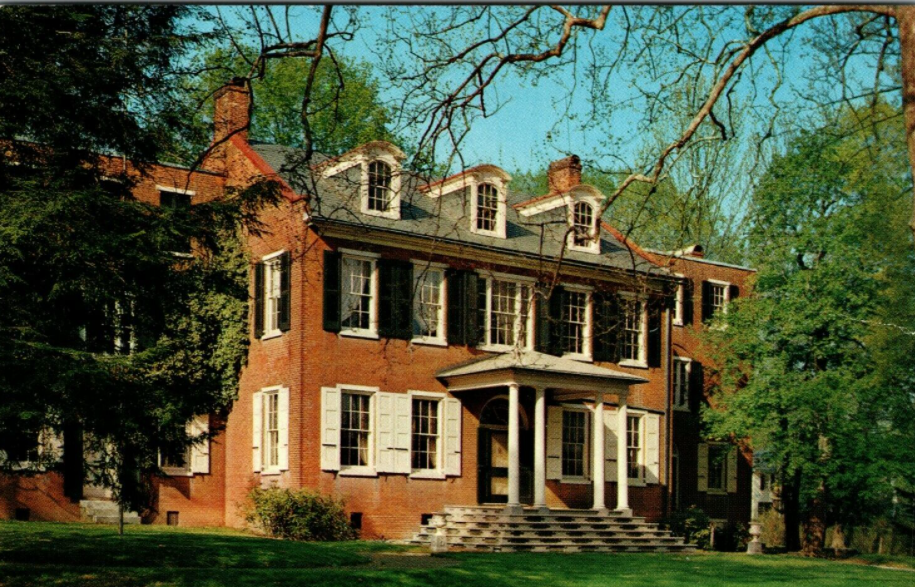 In his day, James Buchanan came to be known as “Old Buck.” It was a nickname he never favored, but his Republican opponent used it as a term of disgust, ridicule, and derision in the election of 1856. Fremont also stayed home in New York during the campaign – it was a common thing in mid-19th century politics.

History begs the question, who would be the worst if there was a President Fremont?

The Staff of Postcard History offers this article for your enjoyment. It is a combined effort of many: our publisher, editor, webmaster and collectors/contributors far and wide. Please use the COMMENTS feature below to let us know how we're doing.
PrevPreviousYou are What You Eat: A Look at Mid-Century Restaurant and Food Advertising Postcards
NextThe “Ides” of MarchNext
4 Comments
Oldest
Newest Most Voted
Inline Feedbacks
View all comments
Bob Kozak

When I was younger, I consistently saw Warren G. Harding mentioned as the worst U.S. president, but as corrupt as he was, Harding did speak out against lynching and other expressions of racist hatred.

Thanks for the story of President Buchanan and his home. Postcard of places associated with past presidents are abundant, even for the less popular presidents. We see cards for birthplaces, boyhood homes, adult residences and museums. We see “George Washington Slept Here” cards. For modern presidents we find post cards of their Presidential Libraries. The category with the fewest postcards is presidential burial sites. I guess, for many less popular presidents, when they left office fewer people were excited enough to remember these men and visit these sites.

The home itself is nice and in a pleasant setting. The place is as it was at the time of Buchanan’s death.

I enjoyed this article on James Buchanan. Believe that I was on a bus tour to Wheatland when I was in Harrisburg for one of our APIC (American Political Items Collectors) National meetings in 2016. It was a fine tour and beautiful two story home with period furniture and books in his library too, as I remember. Read here where he is the one President from Pennsylvania. As an autograph collector, let me tell you that you can read his handwriting and read his signature. I rather like that.