The Here & There of Cricket

Here, in America for longer than anyone reading this can remember, cricket has been (and still is) an insect. Crickets are related to grasshoppers and the entomologists (those whose scientific research is centered on insects) have found more than nine-hundred varieties.  Crickets inhabit the entire globe, except for the polar regions.

In what may be considered a rather hearty collection of postcards, the only cricket I could find was Jiminy Cricket. 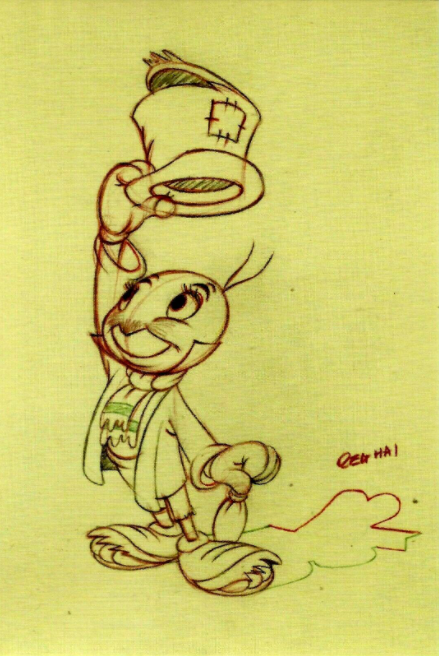 Around the world the noise a cricket makes is considered a charming summer night-sound. There are many reasons why crickets “sing,” and if you ponder a cricket’s song you soon realize it all boils down to love.

Naturally the weather has much to do with the volume of the sounds. Warm temperatures encourage faster rubbing of the wings which means louder chirps. So, it is true that crickets are louder on warm summer nights.

Cricket noise is nice when they are outside but keep them out of your home. Most crickets will head toward shelter when temperatures drop. A cricket noise isn’t so nice when they manage to get inside and keep you awake at night. Even worse, crickets can spread illness to humans through a bite, physical contact, or even with their droppings. However you do so, get rid of indoor crickets before they go dormant in the fall. If you think they will go away on their own, you’re wrong.

Also here, is Cricket the wireless cellphone service-provider. Cricket Wireless was founded in 1999, but since 2014 has been owned and operated by AT & T.

Sorry, I have no postcards showing cellphones.

There, in other English-speaking countries of the world, cricket is a sport. Cricket is to England, Ireland, Australia, India, and dozens of other countries around the world what baseball is to America.

Cricket is played between two teams of eleven members each. Bats and a ball (there are two kinds of cricketballs – white and red) are used to attack a wicket.

Endless lore about wickets exists. Certainly you know the expression, “That’s a sticky wicket.” It refers to an outside force affecting an already difficult circumstance.

Writing about a sport that I have never witnessed puts me at a great disadvantage, it is quite a “sticky wicket” for me to do so, but I do know about postcards.

Two of the most adorable sets of cards with cricket themes come from Tuck in their 1903 and 1908 catalogs, respectively. The first, Series #955, drawn by Lance Thackeray features a rather rotund gentleman cricketeer. The six-card set, sold only in Great Britain, is entitled, At the Wicket; three from the set are entitled: 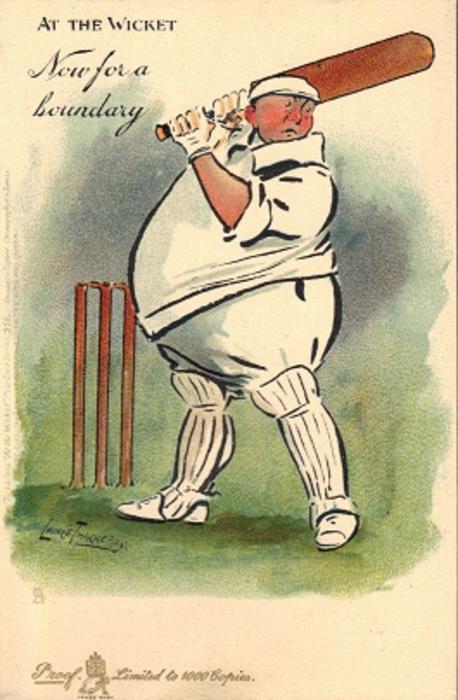 Now for a Boundary 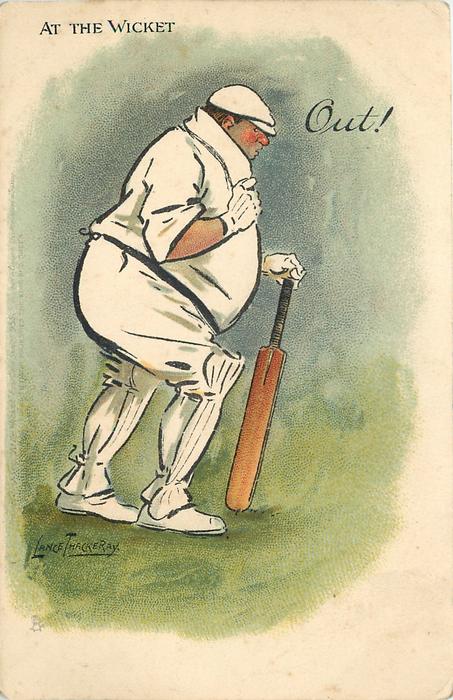 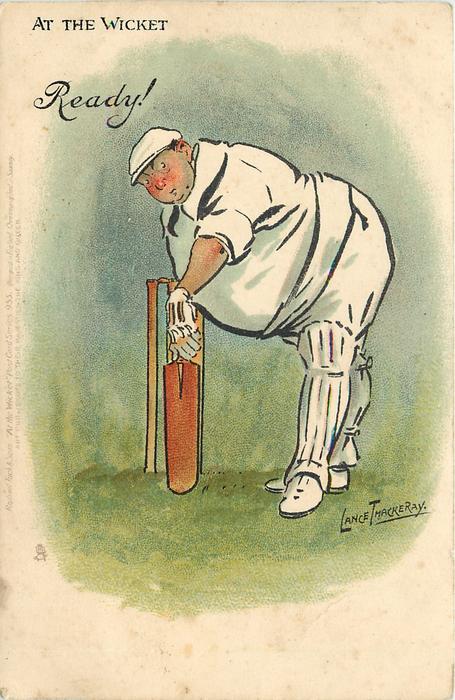 Cricket is filled with colorful language and obscure terminology. In addition to “sticky wicket” many of the terms from cricket made their way into English and are still in common usage.

The second of the Tuck sets is Series No. 9373 by artist G. E. Shepheard. G. E. Shepheard should not be confused with George “Sidney” Shepherd (1784–1862). Shepheard did more than a dozen sets of cards for Tuck; sports was a favorite theme.

This series was introduced in the 1908 catalog. The artist portrays a red-haired, young lad who may be well on his way to becoming the next national hero, but he hasn’t yet developed the skills he needs. 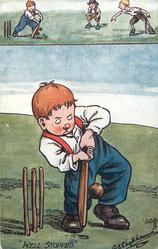 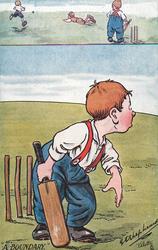 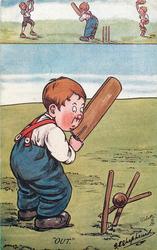 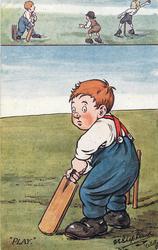 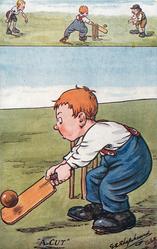 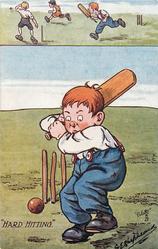 One last stop, There or Here!

A cricket walks into a sports goods store in Jolly Ole England. He wants to buy a baseball bat.

He looks around to find a clerk. When he sees a man who looks like a good sport, he walks up and asks, “Where are your baseball bats?”

The clerk was surprised to see a talking cricket, but still wanted to play it cool. He points to the baseball bats and answers with, “Over there!”

As the cricket turns to walk away, the clerk calls after him, “Hey, do you know we have a sport named after you?”

The cricket is shocked, “What, are you kidding me? You have a sport named Tyrone?”

The Staff of Postcard History offers this article for your enjoyment. It is a combined effort of many: our publisher, editor, webmaster and collectors/contributors far and wide. Please use the COMMENTS feature below to let us know how we're doing.
PrevPreviousThe Lilac Domino
NextLearn Today, Earn Tomorrow! – Advertising Postcards from American Business CollegesNext
1 Comment
Oldest
Newest Most Voted
Inline Feedbacks
View all comments
Bob Kozak

I’ve heard a similar joke which involves a bartender telling a grasshopper: “We have a drink named after you”, to which the insect replies: “You’ve got a drink called Bob?”