From London to Laramie or from Athens to Atlantic City, if you lived and liked theater in the second decade of the 20th century you knew about and saw the operetta The Lilac Domino.

This three-act operetta by Charles Cuvillier premiered in Leipzig (Germany) in 1912 and was destined to become an international mega-success after its first performance in spite of its complete and utter failure with its German audiences.

Charles Cuvillier is forgotten today, but as a French composer and playwright his work enjoyed revivals in most decades of the 20th century. He was born in Paris in 1877 and educated at the Paris Conservatory. Two of his teachers, Gabriel Fauré and Jules Massenet, both considered Cuvillier a superlative student based on his ability to compose incidental music appropriate to libretti in French, German, and English. He enjoyed success on Parisian musical stages by age 28, and by 1918, he was recognized worldwide.

The Lilac Domino used its original German libretto when first performed in February 1912. It was about a gambling count who falls in love at a masquerade ball with a noblewoman wearing a lilac domino mask. It was conjectured that the basic theme of a philandering member of royalty was a motif without humor.

Just before the first world war while still in Germany he found himself in the untenable position of having to close his production in Munich of Flora Bella because of the declaration of war. Cuvillier returned to France, fought in the trenches against the Germans, and decided thereafter to make his career in France, the U.K., and America.

After its failure on the continent, Cuvillier did a simultaneous re-write of the libretto for an English audience by changing the setting from Nice to Palm Beach, Florida. The [revised] Lilac Domino opened on Broadway at the 44th Street Theatre in October 1914 produced by Andreas Dippel, a German impresario who specialized in translated works. It later opened in London to rave reviews which left the audience clamoring for tickets.

The Lilac Domino was not seen in France until 1947, but notable revivals elsewhere included a 1944 production in London and a 1953 revision in which the American elements were removed, thus restoring the setting to France.

Cuvillier composed nineteen songs for the original production, one of which became a pop-chart favorite, No Fools Like Old Fools sung by Peggy Lee, Billy Joe Shaver, Buck Owens, among others.

A wide variety of postcards celebrate the singers, actors, and story of The Lilac Domino. Those seen with this article are from the 1919 production at the Apollo Theatre in Atlantic City, New Jersey on September 23, 24, and 25. 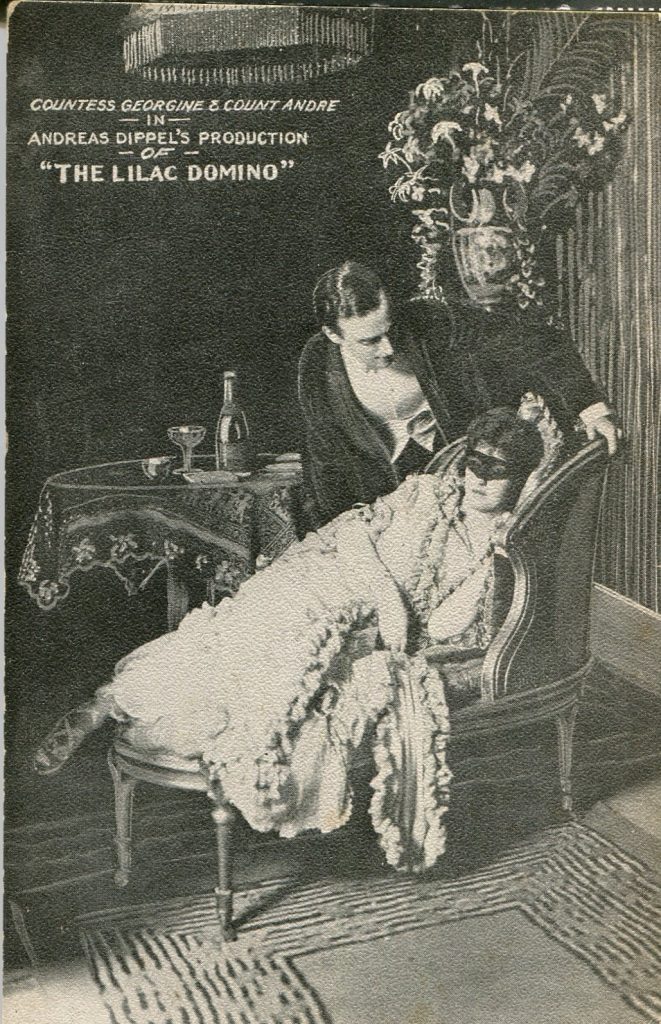 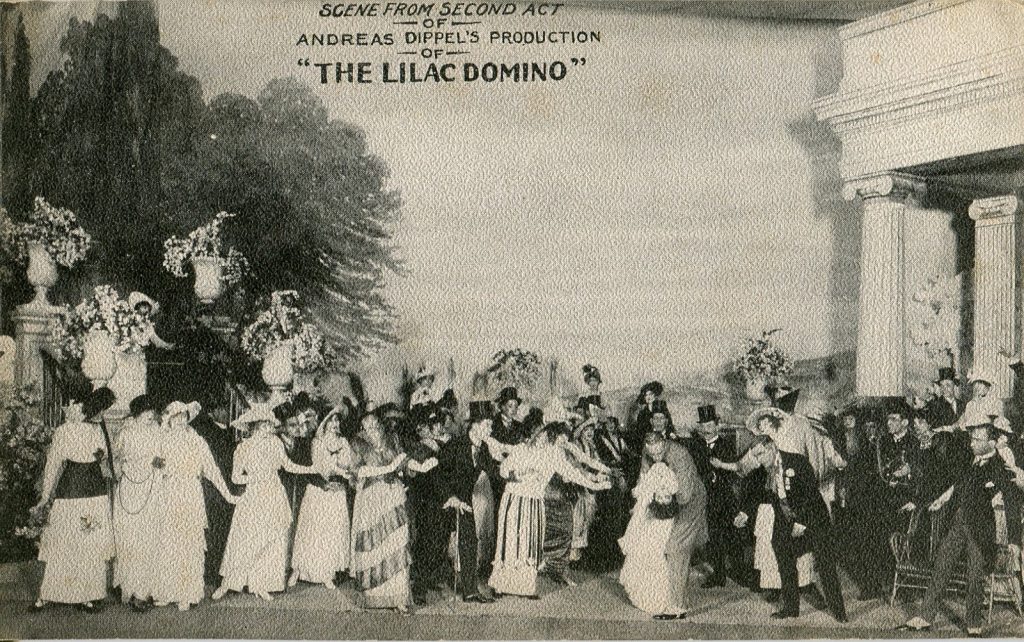 The Staff of Postcard History offers this article for your enjoyment. It is a combined effort of many: our publisher, editor, webmaster and collectors/contributors far and wide. Please use the COMMENTS feature below to let us know how we're doing.
PrevPreviousNights in Harlem
NextThe Here & There of CricketNext
2 Comments
Oldest
Newest Most Voted
Inline Feedbacks
View all comments
Margo Murphy

Great Story! The pictures are wonderful. I loved reading about this as it was previously unknown to me. Thanks for your stories.

Wonder whether the names Stephen Sondheim and Andrew Lloyd Webber will one day be as forgotten as much as Charles Cuvillier is today.