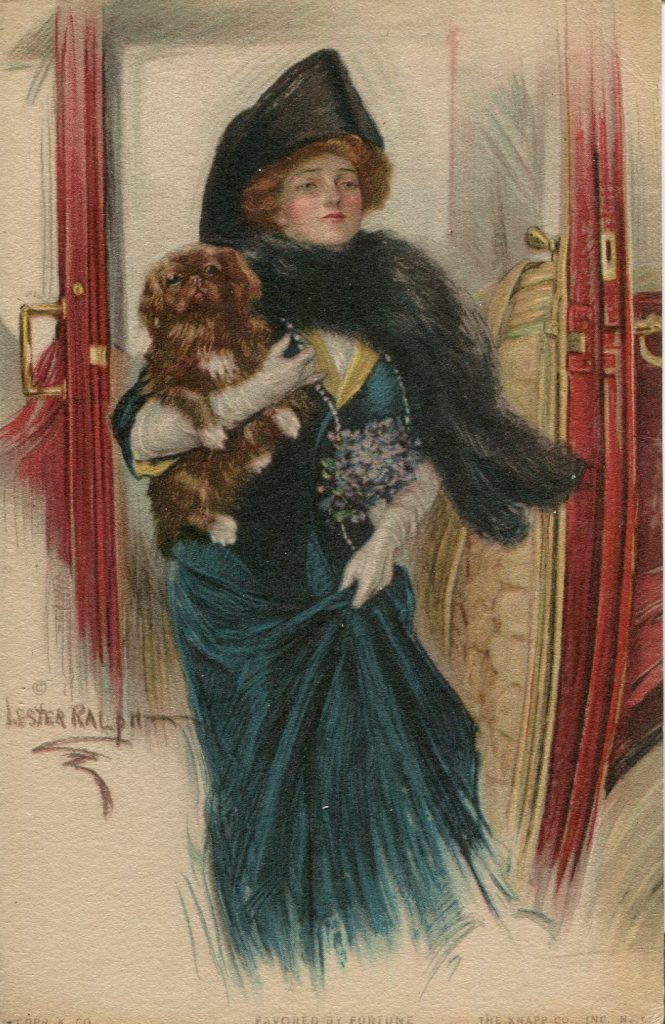 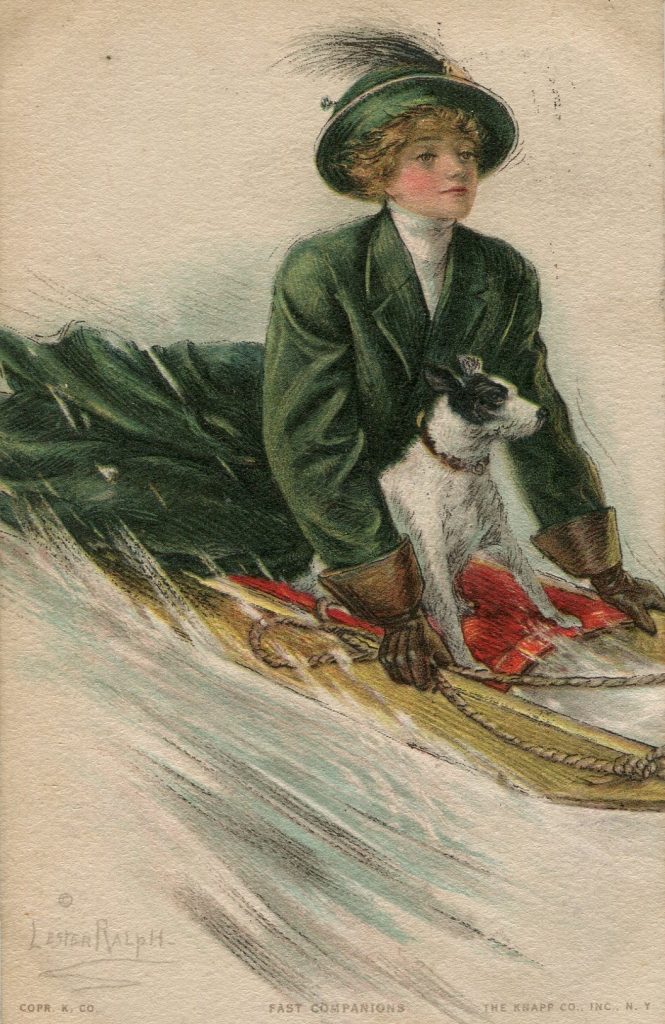 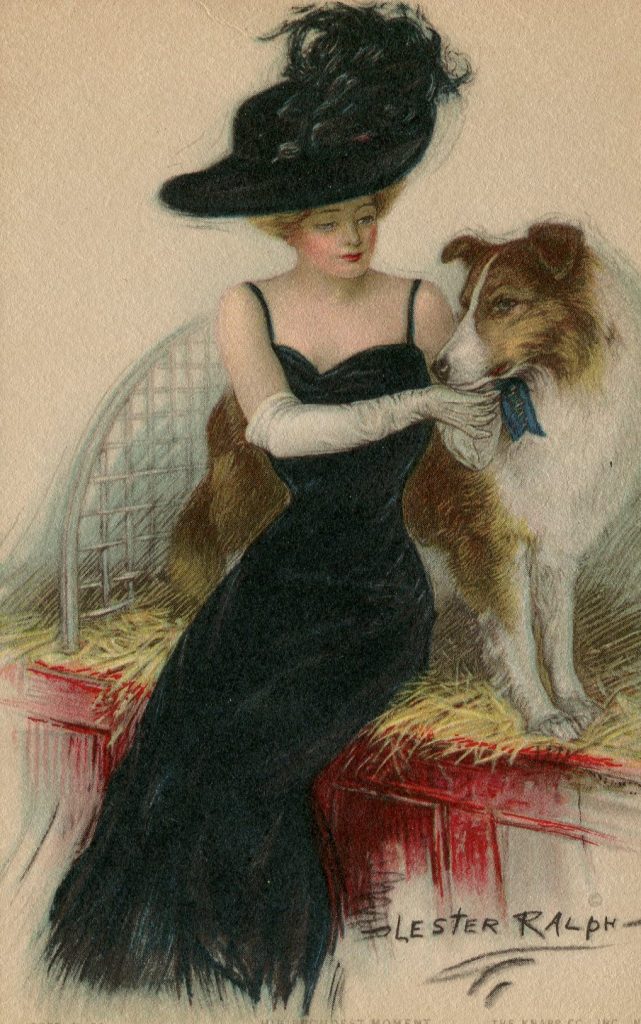 Imagine, your father is Julian Ralph, a European correspondent for several American newspapers, and your mother is Isabelle Mount, a daughter of a prominent Red Bank, New Jersey family that came to fame as the largest Ford Motor Company authorized sales agency in New Jersey, might you enjoy a few of life’s privileges?

Then, too, imagine reading your father’s personal correspondence from Cuba. He was there to witness and report on the events of the Spanish-American war. While at work in Cuba, Julian met and worked with the one-and-only Elsie Reasoner and often mentions her in his letters.

Julian Ralph earned his reputation as a correspondent attached to the London Daily Mail since 1889. He and his son Lester covered two highly volatile wars, one being the Turko-Greek War of 1897, and later while embedded with the British Army during the Boer War is South Africa in 1900.

As the new century began Lester went home to New York and Julian headed for St. Louis. In a time (1903) when reporters competed for correspondence positions, Julian had won a place as the eastern representative at the news desk of the Louisiana Purchase Centennial Exposition in Saint Louis.

When Julian returned from Cuba he arranged a meeting between his son Lester and Miss Reasoner. Elsie was born in April 1878 in Osborn, Kansas. By the standards of the day, Elsie was not only the smartest girl in her class at Leavenworth High School, but an extremely attractive woman. After school she turned immediately to newspaper work and won notice as a reporter in Holland at the coronation of Queen Wilhelmina in September 1898.

With a dozen journalism awards for her work in Europe, Elsie headed for Cuba, under a cover of being a Red Cross nurse. Her work there earned additional praise and she was dubbed the first female war correspondent in U. S. history. Cuba is where Elsie Reasoner met Julian Ralph, whose son she would marry in New York on May 15, 1904.

Julian died in 1903, age 49, before he could see his son marry his journalistic protégée.

Lester was born July 29, 1876, in New York. His education was earned in New York grammar schools and at Brooklyn High School. Later studies came at the Adelphi Academy, Brooklyn, the Art Students’ League, New York, and at art institutions in London, Paris and Rome.

Tragedy often follows some people. The Ralphs may have been such a couple. It seems as if every time their names appeared in a newspaper it was a report of some tragic event. One example is a fire that forced them from their New York City apartment during Christmas week in 1907. Lester and Elsie narrowly escaped death by walking along a narrow ledge in the rear of the building’s fourth floor. Had they not attempted such a precarious escape, rescue would have been impossible.

Lester and Elsie moved to London in 1911. She turned to sculpting and became a celebrated art critic. He worked his usual routine.

It was no secret – Elsie loved dogs! When they were married in 1904 one of their wedding gifts that earned newspaper coverage was an English bullterrier that was a scarred veteran of the then popular dog-fighting pits of London. Elsie named the terrier “Beauty” and proudly announced that their marriage rescued the dog from the evils of gambling.

It was during this time when many of his illustrations were completed and published by C. W. Faulkner & Company. Most of Ralph’s cards were manufactured for the European market, but many were also sold in North America in collaboration with the Knapp Company of New York. The cards here are part of a series created circa 1912; there is high speculation that Elsie was his model. Each card features a different breed of dog.

Tragedy returned in April 1913 when Elsie died at age 35 while visiting her sister in Florida.

Lester died in April 1927 at age 48 from complications after an operation for appendicitis.

Lester Ralph’s art can be found on more than 65 cards, some in titled series including Dancing (a six card set) and Love and Marriage (a six card set with captions in both German and English). Other series are numbered, as with the card with this article – #302 (ten card set featuring stylish dressed ladies with dogs), #307 (six card set), #308 (nine card set, some with weather themes), #335 (six card set) and two sets of calendar cards with advertising.

Ray Hahn is a retired educator, but he has never stopped teaching. His decades of researching, writing and editing a newsletter for the South Jersey Postcard Club has been a world-class education in trivia. In addition to postcard collecting, Ray’s other interests include history, genealogy, and touring the world with his wife Marie. Ray often advises his readers to "Join me as we explore the world one postcard at a time." Ray and Marie live in New Jersey.
PrevPreviousHerschel Logan and the Brookville Hotel: the Rest of the Story
NextThere are no official A & P postcards!Next
6 Comments
Oldest
Newest Most Voted
Inline Feedbacks
View all comments
Hal Ottaway

Great article. I love reading about artists and learning how they were influenced by travel and folks they met along the way. Thank you so much.

I had never heard of Julian, Lester, or Elsie, so thank you for introducing me to them.

Thanks for letting me know about Lester Ralph.
I’m a collector of artist signed cards and now I have a new artist to watch for.

A new story for me also. Jill in Adelaide

Lovely and inspiring story. Love the art work. Thank you for sharing it with us.

Enjoyed reading this article very much! Sorry I was a bit late in doing so. The cards are just beautiful!