In the August 2, 2021 issue of Postcard History, I discussed the Goldsmith official Columbian Expo postcards. Now this subsequent article will discuss an example of one of the unofficial sets of cards issued for the 1893 World’s Fair held in Chicago which celebrated the 400th anniversary of Columbus discovering America.

Without a doubt, this was one of the most spectacular fairs ever. It was estimated that a visitor would need three weeks to visit everything in the fair. A tour of the manufacturers’ building would take at least a half-day. This building was the largest building in the world under one roof with a ground area of 31 acres. One of the greatest attractions was the newly invented Ferris wheel.

George Washington Ferris invented the Ferris wheel ride. When fully assembled it stood 264 feet high and when it opened in June 1893 it was the tallest attraction at the fair. In the four months of operation, 1,453,611 tickets were sold for 50¢ per ride. The passenger carriages were slightly modified trolley cars.

Attending the Columbian Expo was a sensual experience. Visitors were amazed with the scene – the white buildings and statuary, shimmering lagoons, and man-made lakes. The buildings were meant to be temporary. Each one was framed with wood and plastered, then the façades were painted bright white. Ergo the White City.

The postcards were the perfect cheap souvenir. On September 15, 1892, Charles W. Girsh and Charles F. Roehslev, of Brooklyn, New York were issued a patent for their design of a fair card. On November 1, 1892, they were issued a second patent for a second fair card. These were the first cards issued for the fair.

The Girsch-Roehsler Company decided to print their cards on the back of a 1891 one-cent Grant card issued by the post office. These were the same cards used by Goldsmith; however, Girsch-Roehsler chose not to coat the cards with a white ink, thus leaving the black and white image dull and lifeless.  This was the primary reason they were not given the contract for the fair.

Even without the contract, the company decided to issue the cards. They contracted with Joseph Koehler, a stationer in New York City to market the cards, thus the cards came to be known as the Koehler cards.

The earliest recorded use of the Koehler cards was in New York City on March 15, 1893.  Cards mailed from Chicago are scarce. The earliest was April 3, 1893.

The set of twelve was printed using lithography stones and each card had an image of one of the buildings at the fair.  The card titles are listed below:

Little is known about the artist J. Van Vleuten whose name or initials appear on eight of the twelve cards. It is unknown if he did not design the other four cards or if he chose not to sign them.

The cards were available for purchase individually or in a set of twelve. A green and black wrapper was made to sell the sets. There are two varieties of the wrapper: one with a twenty-five cent price printed on it and one without a price. These wrappers are seldom found today. 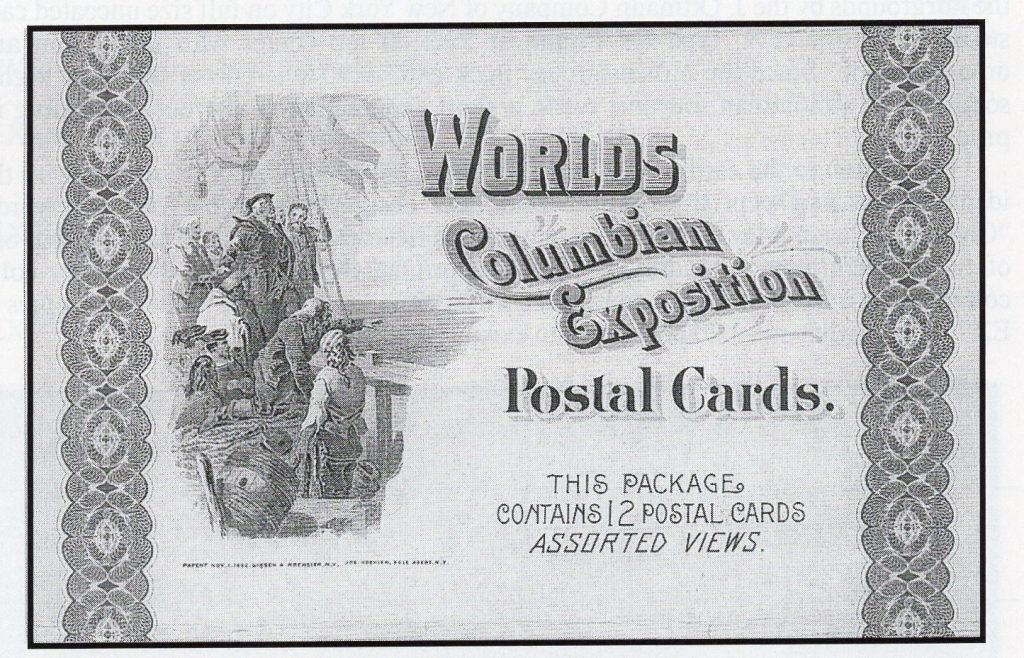 Also unknown is how many Koehler cards were printed. It has been estimated based on the number that survived that no more than 20,000 were printed. Clearly, they are rare, compared to the Goldsmith Official Cards.

Below you may examine five of the twelve cards. Each card is of equal design, the set element being the left-edge composition: the Expo title, the portrait of Christopher Columbus and (supposedly) the Santa Maria – the flagship of the expedition. 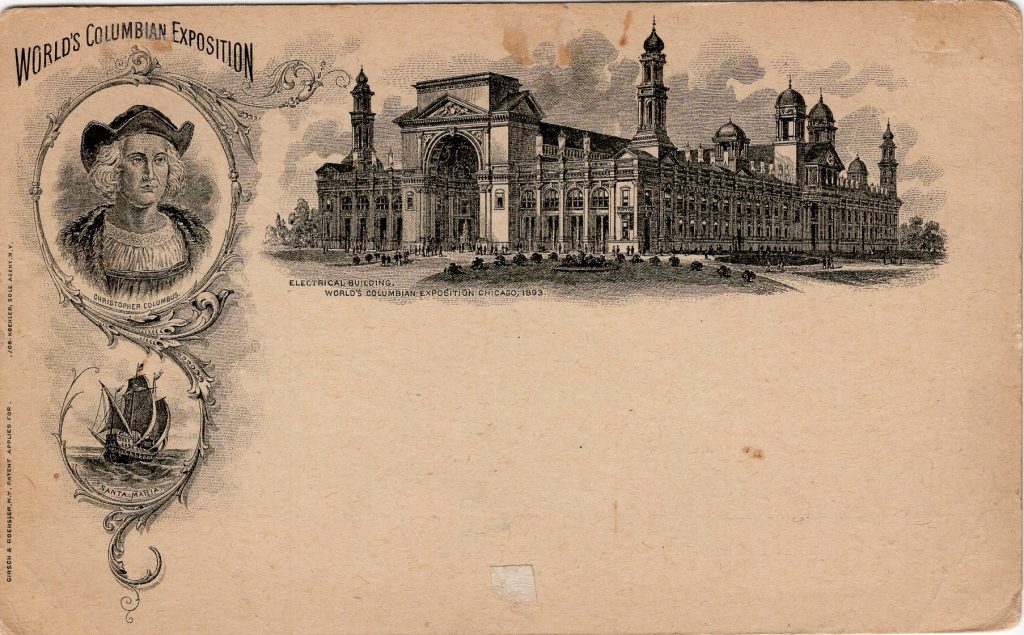 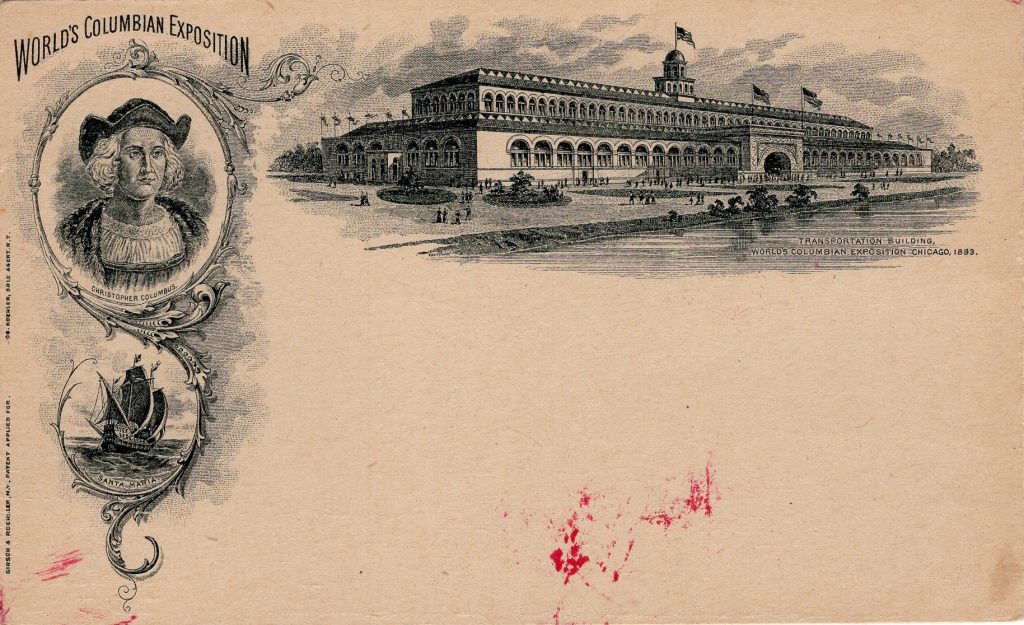 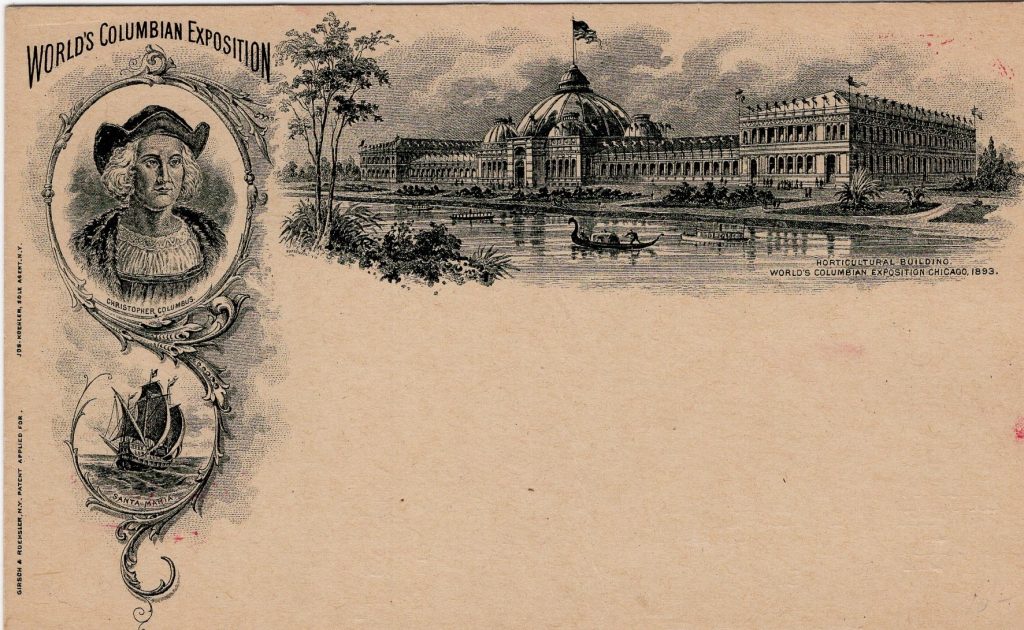 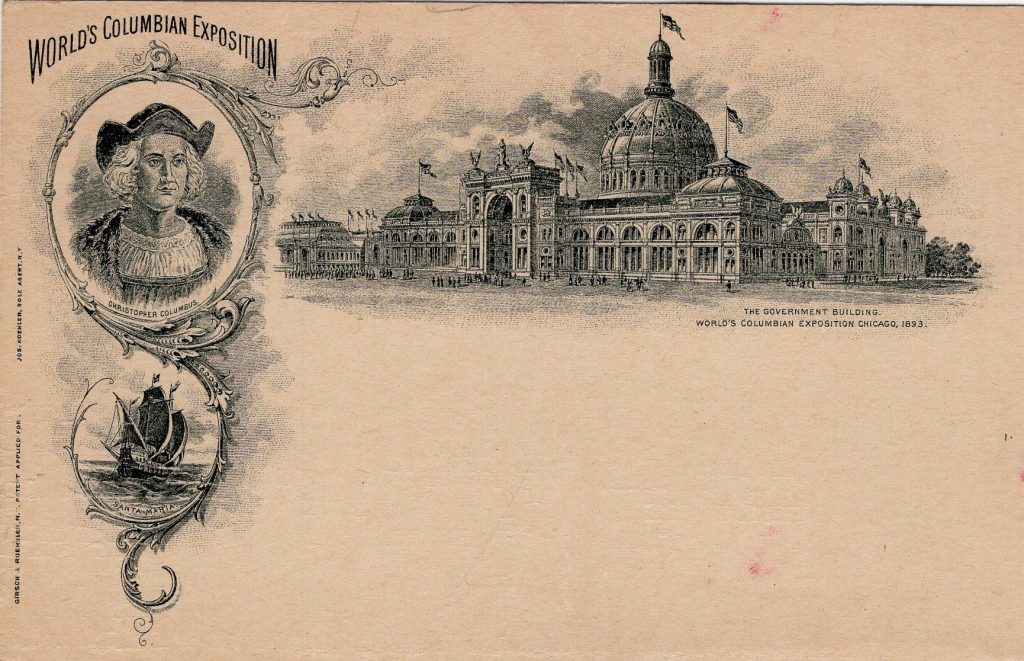 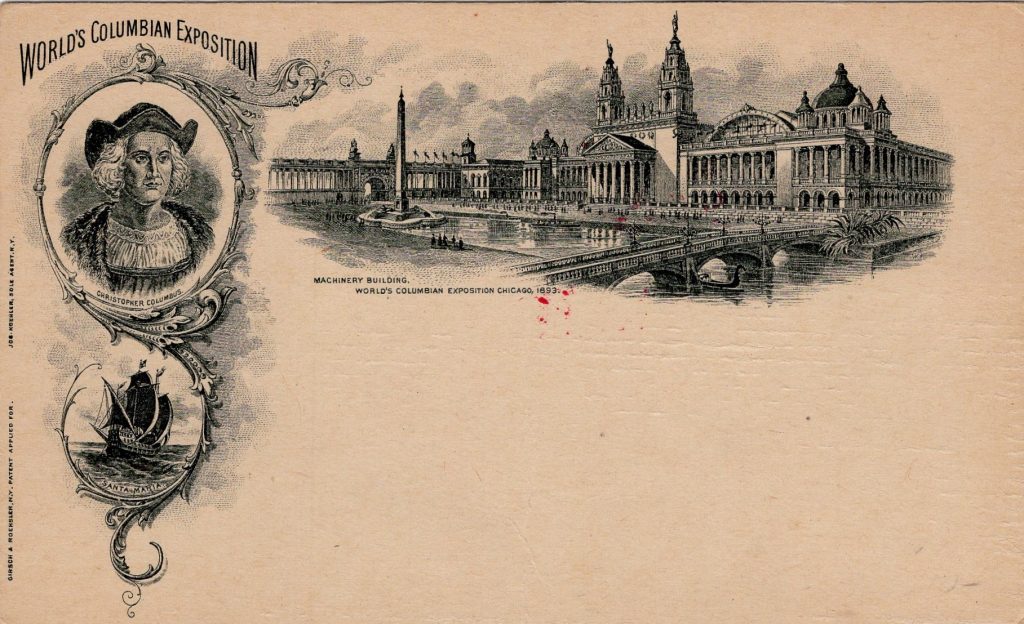 Tony Crumbley has been a collector of stamps and postal history since childhood. He has authored numerous articles over his career as a philatelist. He is the current Co-Editor of the North Carolina Postal History Journal, a job he has had for over 25 years. He is a General in the Civil War Philatelic Society where he served as president. He lives with his wife, Renea, in Charlotte, North Carolina, and is the retired Vice President of Research for the Charlotte Chamber of Commerce.
PrevPreviousThe Amsterdam City Orphanage
NextOdds and Ends, Part 1 – Two Odds and One EndNext
2 Comments
Oldest
Newest Most Voted
Inline Feedbacks
View all comments
Bob Kozak

This set isn’t as nice as the Goldsmith cards, but is still of great historical and deltiological interest.

very informative and very interesting. many thanks for preparing and sharing. any idea of values?