I have always liked the paintings by the Dutch artist Johannes Vermeer (1632-1675).  His paintings focus on reality. There is nothing out of the ordinary in the way he portrays his subjects. He painted objects, people and scenery in an enigmatic way that allows the viewers to contemplate a meaning. His work also lacks a narrative; he concentrates on giving people a chance to focus on the moment yet letting a story develop gradually in the viewer’s mind.

This same kind of realism in art can be found in a series of remarkable colorized postcards from 1904 of the Burgerweeshuis (City Orphanage) in Amsterdam, Holland.

Founded in 1578, then between 1580 and 1960, the orphanage was home to thousands of children, many of whom lost their parents to the plague. An education was provided for the orphan boys in city schools, also for the girls from the orphanage with an emphasis on domestic skills.

The orphanage building is now the Amsterdam Museum. Visitors can learn of the orphans and other eras in Amsterdam’s history.

The five postcards that follow show an exterior and four interior pictures of the orphanage. 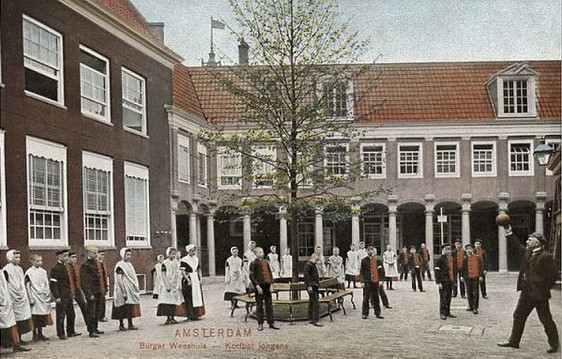 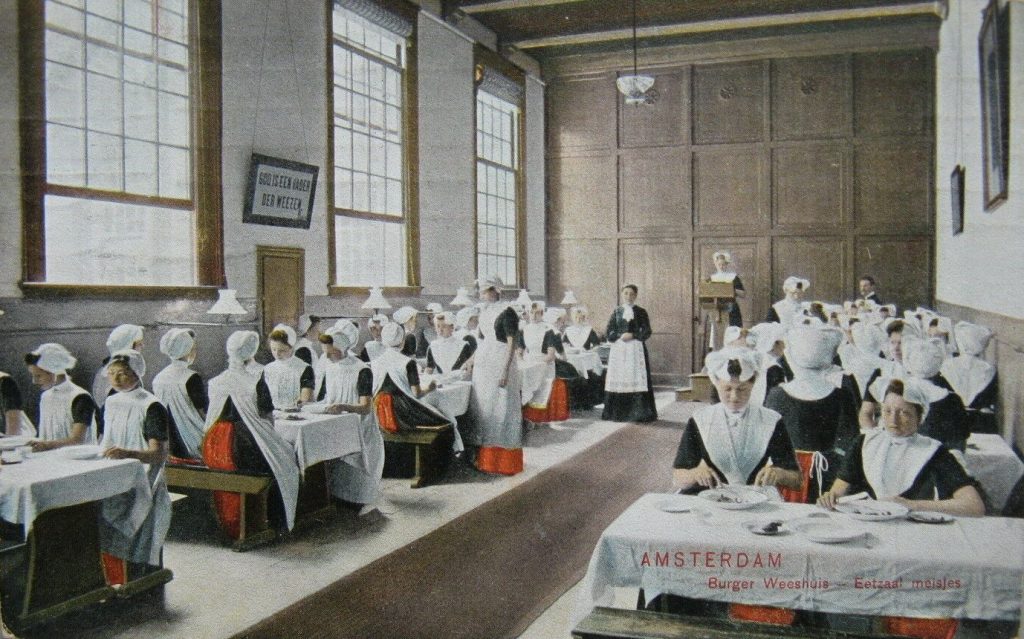 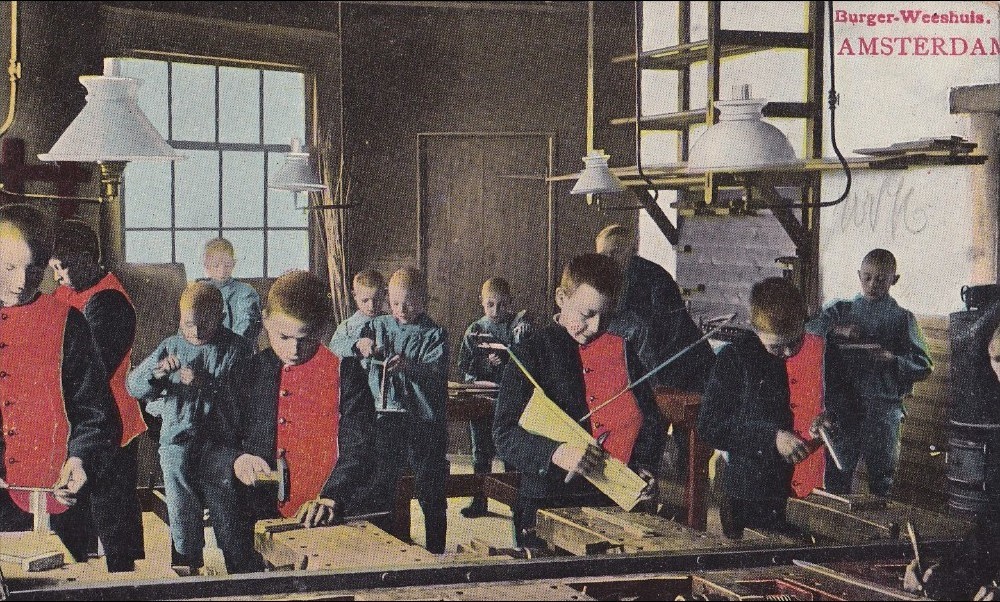 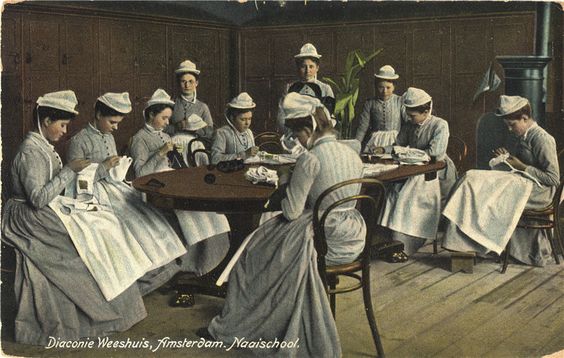 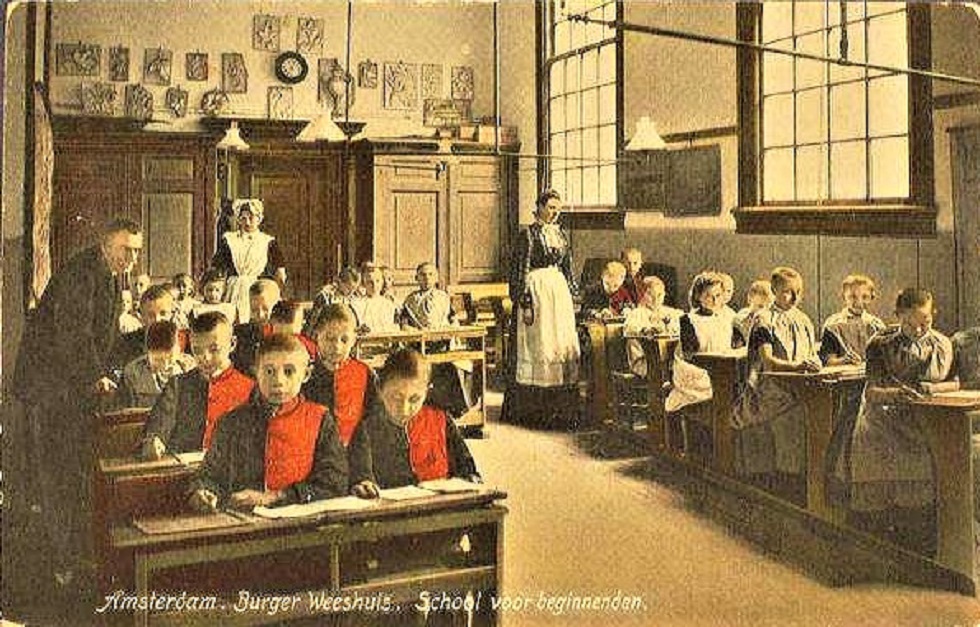 A Class of Younger Students

These postcards invite many questions. Were the students well-treated at the orphanage? Did they learn valuable skills there? What happened to the children who misbehaved? Did children die of ill-health while there?

These postcards provide no answers to such questions, but they do give the viewer an up-close look into the past. A more detailed history of this orphanage and more of the postcards from this remarkable series can be found on the website http://www.childrenshomes.org.uk/.

Kyle Jolliffe lives in Toronto, Ontario. For more than twenty years he has been an avid collector of New York City postcards from the pioneer era to the 1970s. He has given presentations to Southern Ontario postcard clubs on the stories they tell of this great metropolis and the other stories they lead to.
PrevPreviousClub 82: What a Drag
NextThe Unofficial Koehler Columbian Expo Postal CardsNext
3 Comments
Oldest
Newest Most Voted
Inline Feedbacks
View all comments
Hal Ottaway

Really an interesting collection of postcards, Kyle. This brings me back to memories of seeing a broadside about the Foundling Museum in London, actually it was posted in the Russell Square tube station. I have always loved museums, and did not know the word foundling, but I searched it out easily and spent several hours there and LOVED IT A story similar to what you are speaking of here in Amsterdam. I have since then told several friends and urged them to stop by and learn about it. I imagine it has been closed during covid lockdowns, but some of… Read more »

I wonder if any of the boys ever wished they were learning sewing, or if any girl thought how unfair it was that she couldn’t study woodworking.

Great story and postcards, Kyle. Several years ago I heard a lecture given by a son of a WWI orphan who was literally shipped off on his own to Sunnyvale CA from Chicago IL. He was adopted by a family here and ended up doing quite well after a really rough beginning. So many good people out there.