Children of the North

In May 1979, a Canadian newspaper reporter reminisced about a story she had read and the art that went with it. Her remarks were part of a weekly column in an arts and leisure section. She was impressed with the story by Leanne Jones and the high calibre of Audrey Young Oppel’s art [and] it’s incredible detail. The reporter congratulated the author and the artist on their talents and their ability to draw upon native Indian folklore to illustrate and teach children the values of sharing.

Audrey Young was still a teenager and in 12th grade at Courtenay Secondary School when she sold her first piece of art. Courtenay is a small city on Vancouver Island, British Columbia,

Reliable accounts are few, but one mentioned that Oppel’s first art was done in the 1960s on stretch burlap. She was always interested in serious art training, but it simply never happened. She is self-taught.

Her favorite subjects were always the native children who lived in the Courtenay area. Her special talents included capturing the children’s expressive faces and their moods, feelings, and emotions.

Audrey’s early work was first exhibited in a local gallery in Courtenay. The newspaper reported that a visiting art salesman saw a window display and asked the shop owner to arrange a meeting with the artist. In the following years Audrey’s portraits of children were sold throughout Canada. One very successful outlet was at Alex Wilson Publications where her art was used in a popular line of stationery. Wilson later produced prints, Christmas cards, and postcards. The postcards are lithographs published under the name Prismaflex Color, in Dryden, Ontario. Five examples follow: 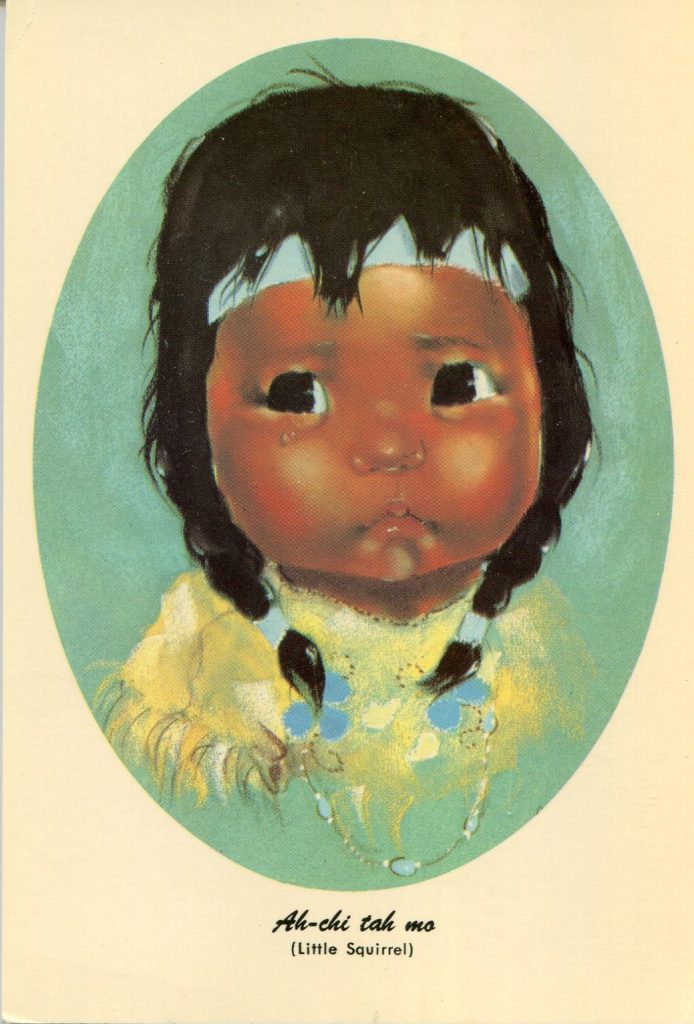 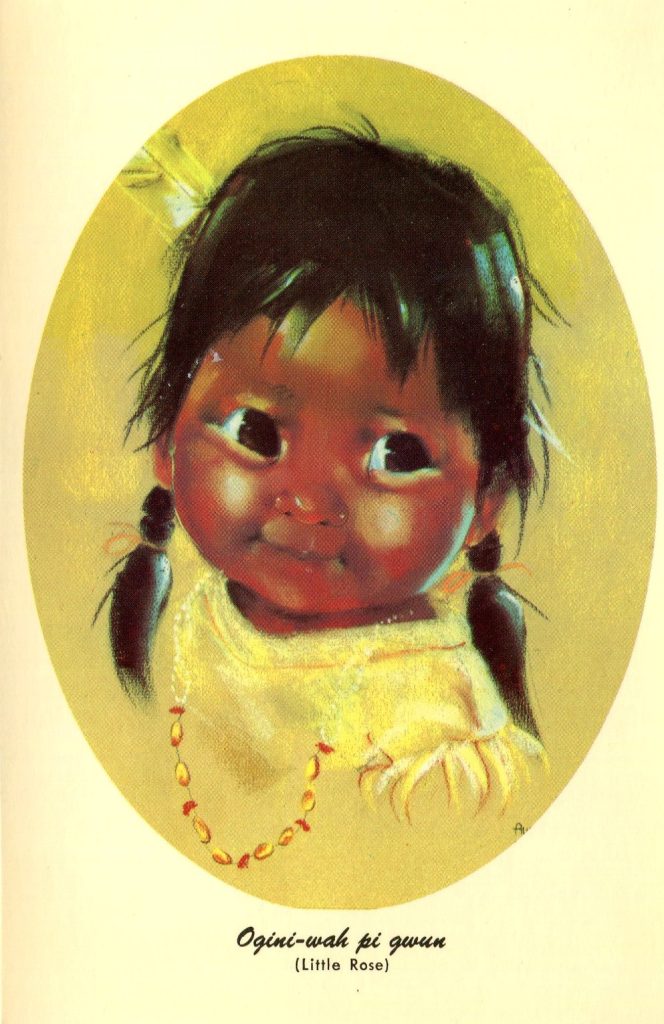 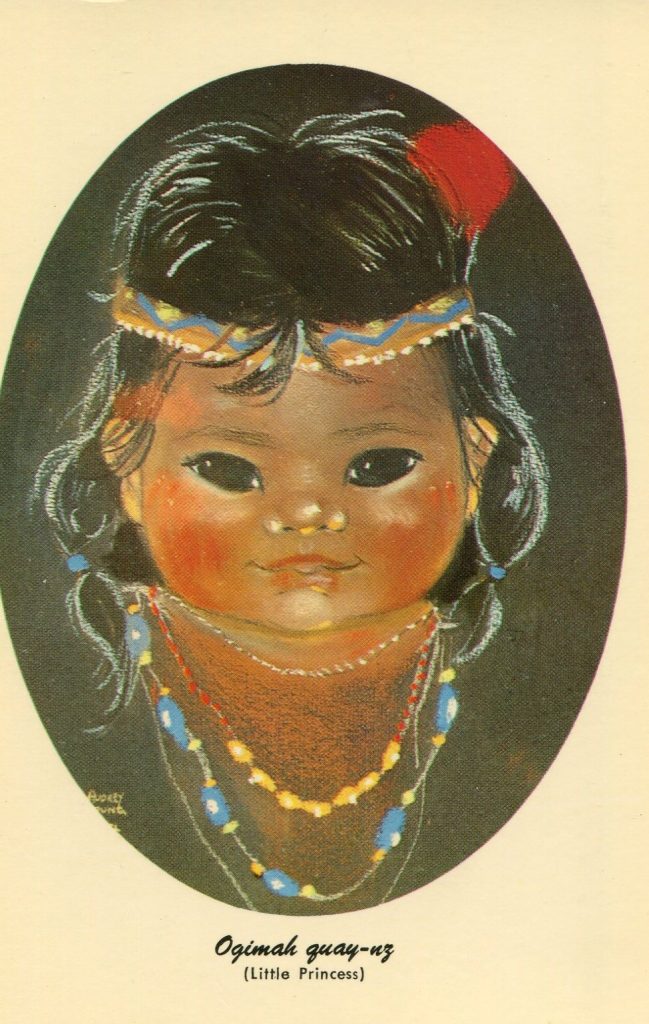 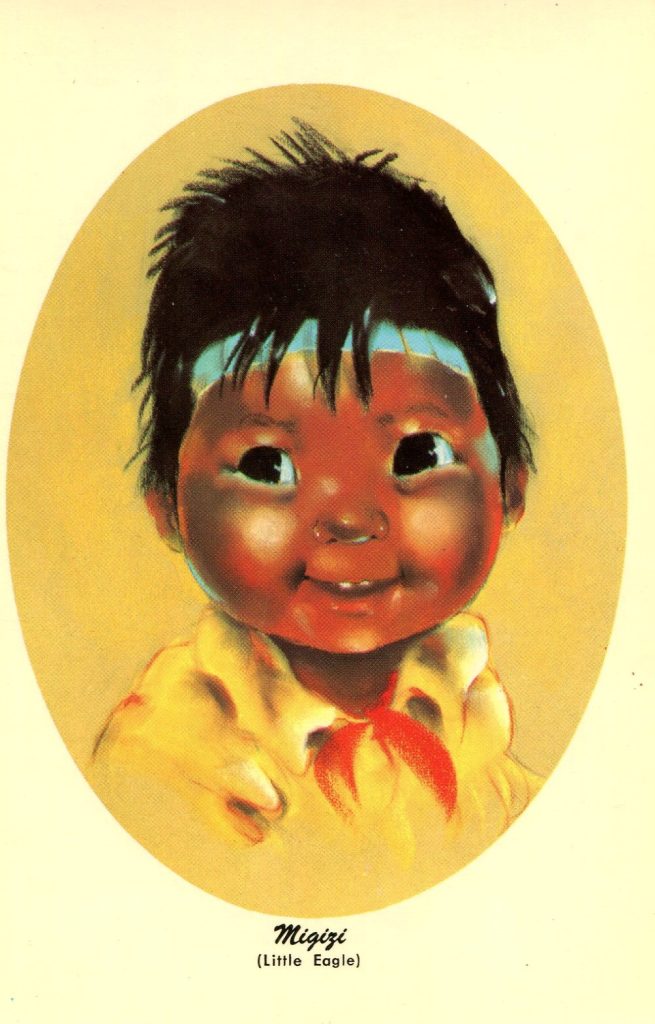 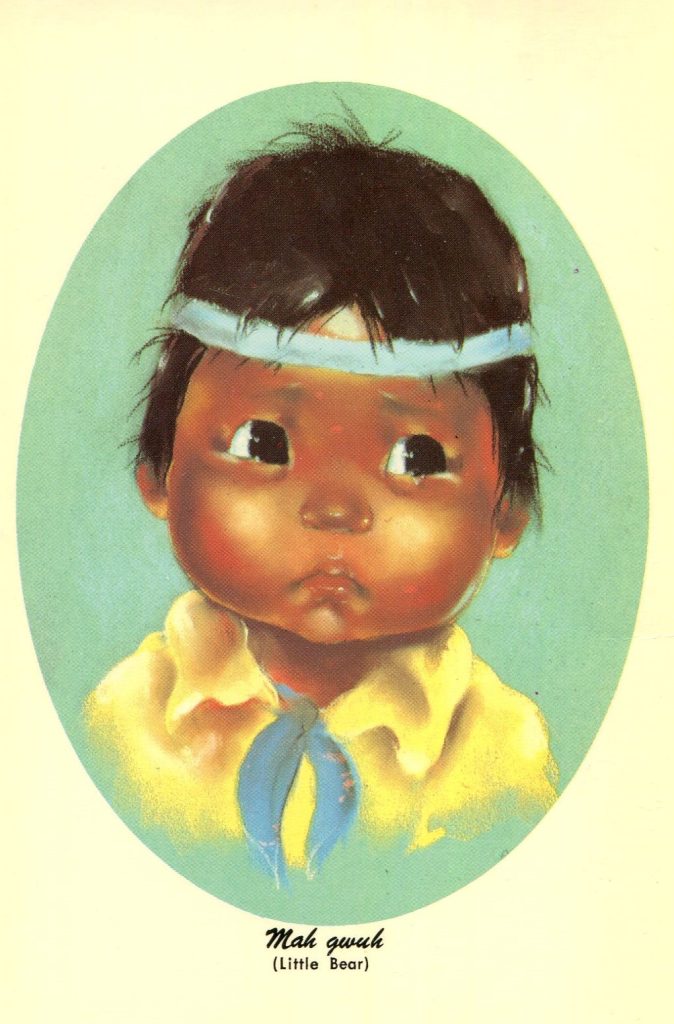 When Audrey married Fred Oppel he was a salesman in Courtenay. They moved to Port Alberni, British Columbia (on the west side of Vancouver Island) as a convenience to Fred’s career, but even there, Audrey continued to work as an artist. The couple have two children, one of whom, Kenneth, has become quite a Canadian celebrity as a book critic, playwright, children’s book author, and novelist.

Although it is suggested that her children once took most of her time (1970s), she continues to paint. She has expanded her work to include oils, which by all accounts have become very popular.

The reporter concluded with … by developing a unique style … she has been able to express in her paintings the feelings of joy, fear, sadness, and warmth of the youngsters. The smiles, tears, and shy glances of her imaginary friends make her portrait characters as real as the artist herself.

Postscript: Quite long-ago I claimed to never collect postcards of children. I knew then that they were popular and I know now they are still popular. I do however collect postcards in sets and those that are pieces of a set. These cards are from a set entitled Children of the North. I bought them from a dime-box of unsorted cards and at the time I wondered why they hadn’t been more highly valued. I’ll leave that judgement to the reader.

Mary Hampton is a well-travelled, retired history teacher. She collects postcards of national landmarks in countries she has visited. She is still counting – her last stop (#53) was in Chile in April 2019.
PrevPreviousA Tour of English Castles
NextCoral-Lee – The First Lady of Postcard PublishingNext
1 Comment
Oldest
Newest Most Voted
Inline Feedbacks
View all comments
Hal Ottaway

Very nice. Reminds me of Native American children’s faces I have seen in Santa Fe, NM at print shops and galleries.