In an age when bicycles were a primary and necessary mode of transportation, it soon became every rider’s wish to equip his or her bicycle with newfangled accessories.  Most fashionable were baskets to carry ones most needed belongings and head-lamps to light the pathway while riding in the dark. Then, believe it or not, much the same as heaters and radios for automobiles in the 1940s and 1950s were installed as aftermarket accessories, at the out-set of the bicycle craze, brakes were an added accessory.

On April 9, 1907, Harry P. Townsend registered a patient on behalf of the Corbin Screw Company of New Britain, Connecticut, for the manufacture of a bicycle braking system.  Townsend called it a coaster-brake.

As with many products of the era the new brake was advertised in magazines and on postcards.  The ten-card set you see here is not only very effective advertising, each card is also a whimsical and fun way to learn the history of some famous “bicycle” rides.

The address side of each card calls your attention to the product and while an artistic border nicely frames the card it also provides an appropriate division of message and address. 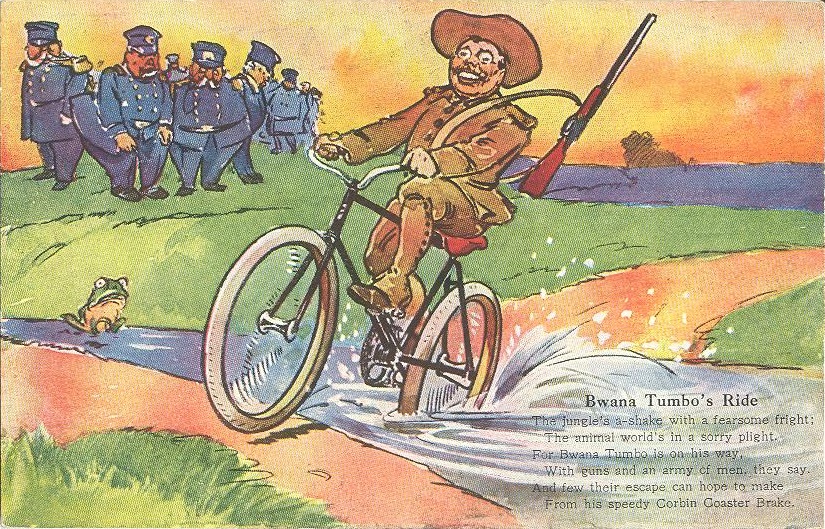 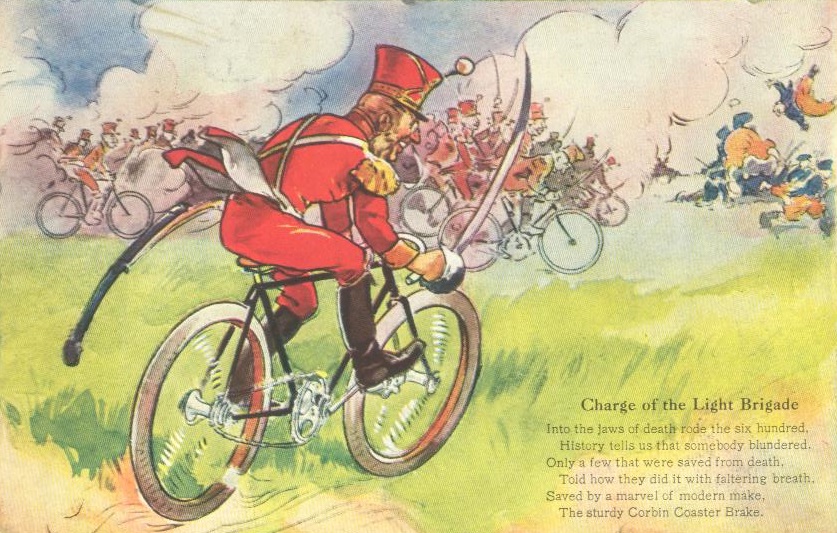 The Charge of the Light Brigade on October 25, 1854 in the Battle of Balaclava during the Crimean War. 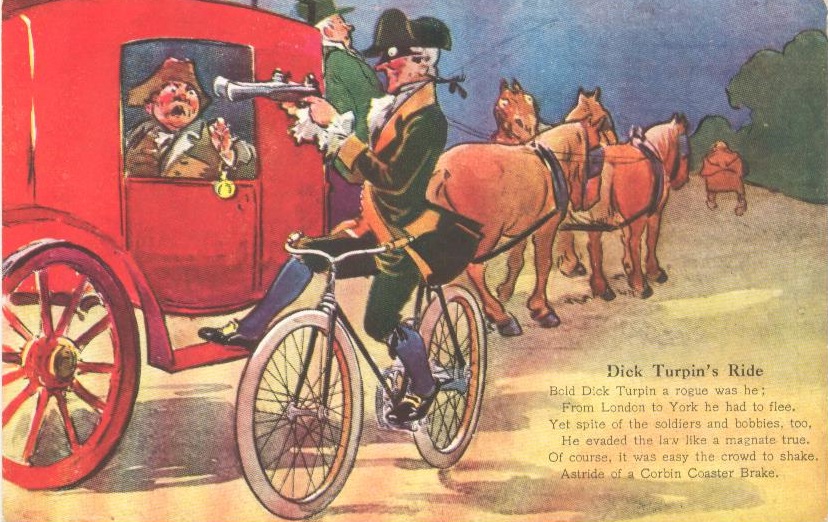 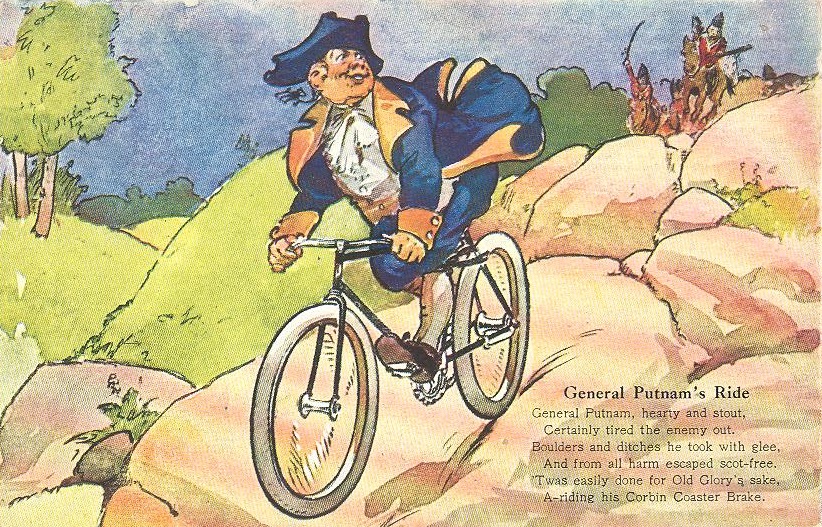 Dick Turpin’s Ride. Richard Turpin was an English highwayman whose exploits were romanticized following his execution on April 7, 1739, for being a horse thief.

General Putnam’s Ride. Israel Putnam was an American army general popularly known as “Old Put.”  He fought with distinction at the Battle of Bunker Hill (1775) during the American Revolutionary War. 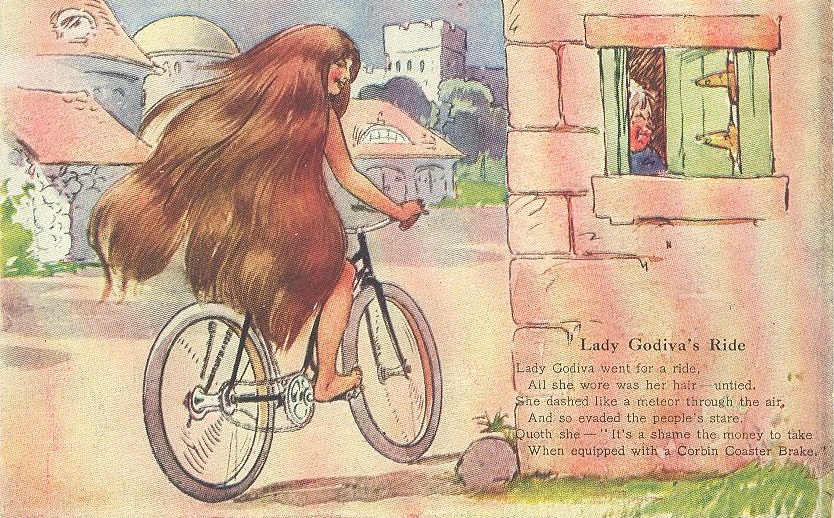 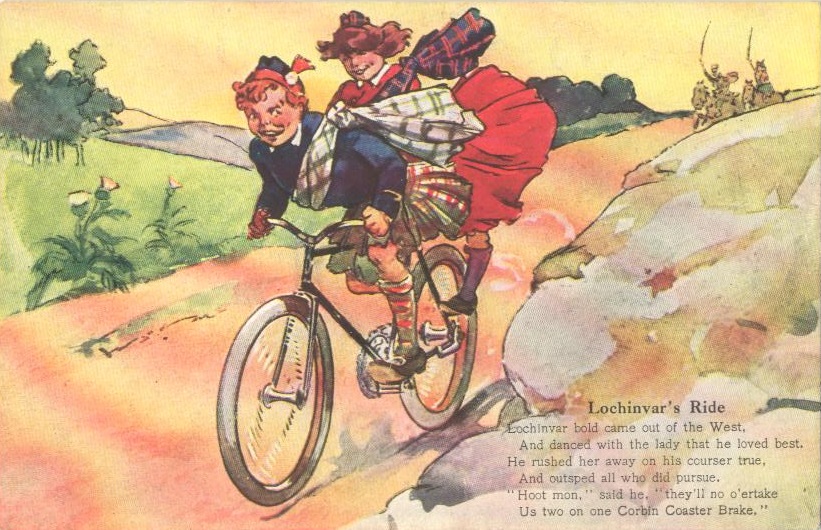 Lady Godiva’s Ride was the ultimate taxation protest.  She was an 11th century Anglo-Saxon noblewoman who, according to legend, rode naked through the streets of Coventry in order to gain a reduction of the oppressive taxes imposed by her husband on his tenants.

Lochinvar’s Ride is the ultimate case of bride-napping.  Lochinvar was a brave Scottish knight who arrives unannounced at the bridal feast of Ellen, his beloved, who is about to be married to a laggard and otherwise dastardly gentleman.  Lochinvar claims one dance with the bride and dances her out the door, swoops her up onto his horse, and they ride off together into the unknown.  Lochinvar is a narrative poem with eight six-line stanzas by Sir Walter Scott. 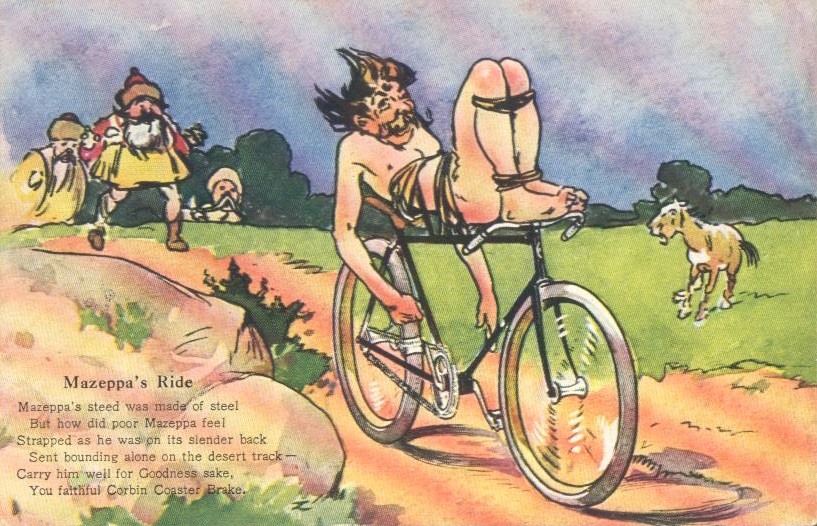 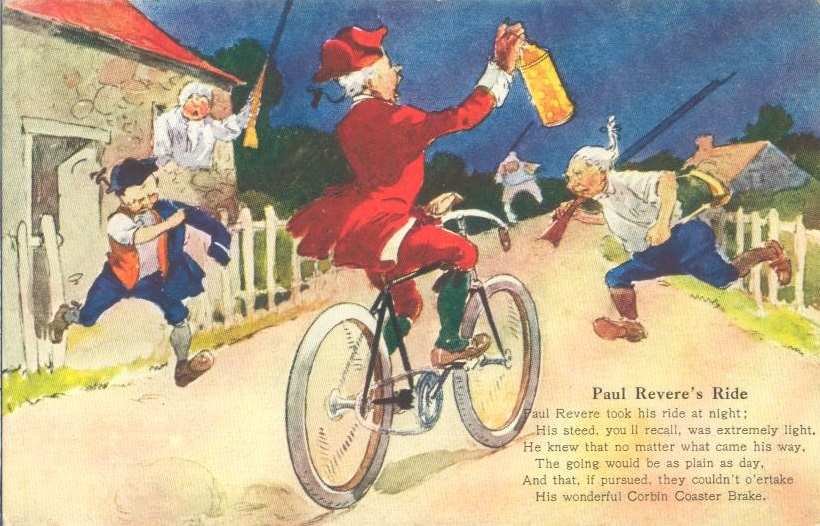 Mazeppa’s Ride was the ultimate punishment for inappropriate overtures to a royal lady.  The Count learned of his wife’s dalliances and punished her lover by tying him naked to a horse that was set free to run through the roads of the Ukraine. The source is a poem written by the poet Lord Byron.

Paul Revere’s Ride is a story of a nighttime frolic of a Boston silversmith. 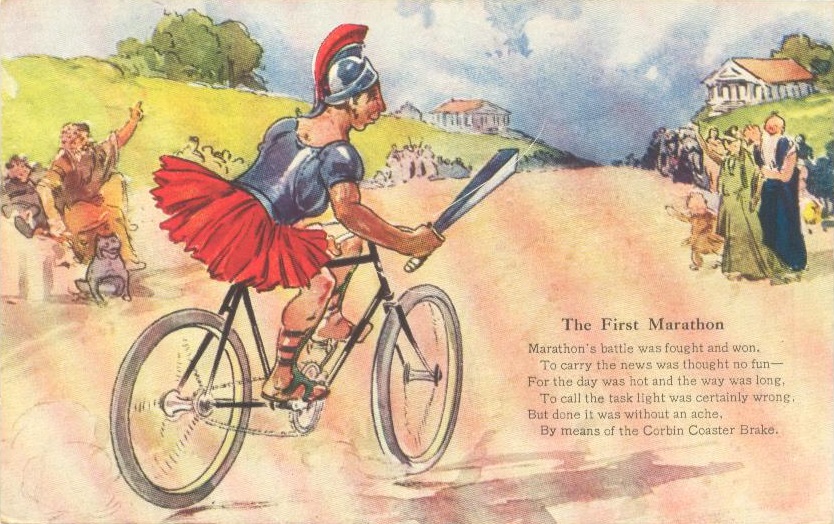 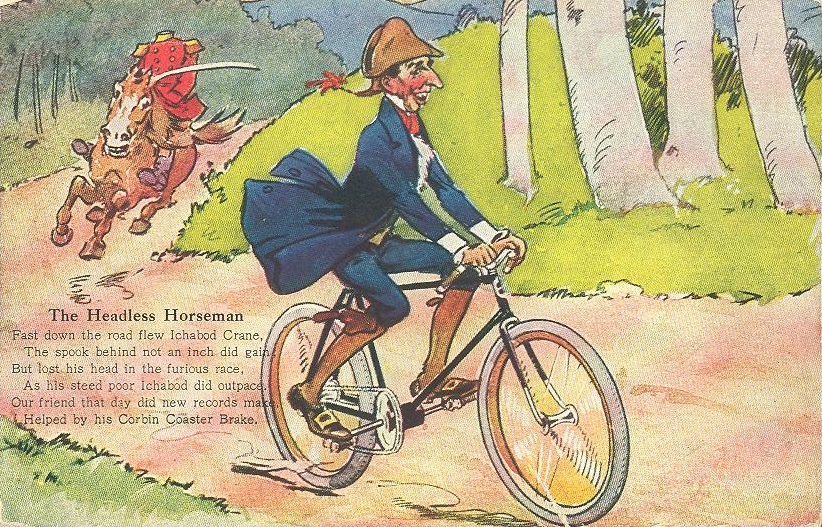 The First Marathon. When in 490 BC, according to legend, the Greeks defeated the Persians, the warrior Phidippides was dispatched to inform Athens of the victory, he made the run in three hours but died after delivering his message. His effort is often commemorated by a 26½ mile footrace.

The Headless Horseman, an allegorical representation of death that chases Ichabod Crane in Washington Irving’s The Legend of Sleepy Hollow.

The Staff of Postcard History offers this article for your enjoyment. It is a combined effort of many: our publisher, editor, webmaster and collectors/contributors far and wide. Please use the COMMENTS feature below to let us know how we're doing.
PrevPreviousWelcome to the Old Dominion
NextWealthy’s Critters on Tuck PostcardsNext
4 Comments
Oldest
Newest Most Voted
Inline Feedbacks
View all comments
Betsy Wadington

Such an interesting article. Love the graphics on the back of the postcard.

What fun ! Now I will have to see whether I have anything in the way of rides. I know there are some horseback riders, and several in sailboats or on trains, but probably none on bicycles.

Never heard of Mazeppa before reading this article, and recognized the name Lochinvar, but not the details of his story.