If you collect Thanksgiving postcards, it is possible that you recognize the artist, R. J. Wealthy. The signature usually appears in pale gray at the bottom right corner of the illustration. Throughout a career that spanned nearly fifty years, Wealthy likely drew, sketched, or painted more turkeys than anyone in history. 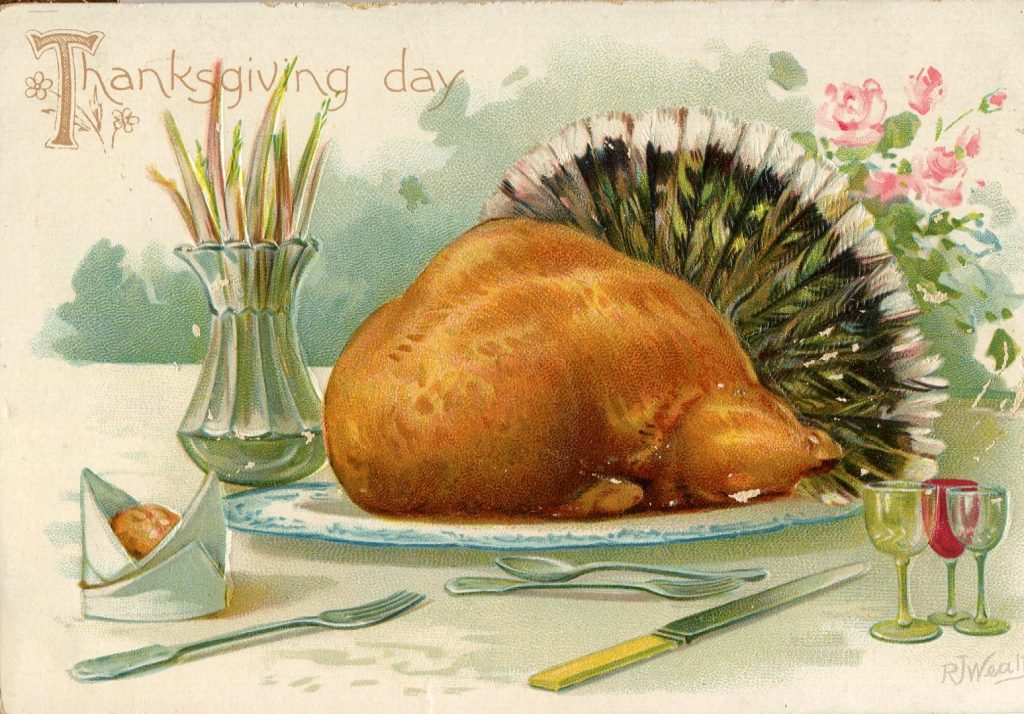 Remember, Thanksgiving is traditionally an American holiday. In the era of the first American Thanksgiving, people in the United Kingdom had nothing to celebrate. They had not left their home for an unknown place and they had not recently completed an ocean voyage. However, a fall feast or harvest style meal is traditional among many churches and at some schools. Usually such events are held in October or November and the fare is mostly staples such as potatoes, cranberry, cornbread, and pumpkin are featured. There are some butchers (in the large cities) that will prepare a roasted turkey with trimmings, but pork or lamb are the most commonly served meats. In many cases, the occasional gatherings in foreign places that are dubbed Thanksgiving are carried on by Americans living abroad.

R. J. Wealthy’s art is, generally speaking, precise. His use of color is accurate and his sense of proportion is true. Since he worked for Tuck on a regular basis, we know from a cursory search that nine six-card sets, his postcard art is on sale at several Internet sites.

In addition to the Christmas and Thanksgiving greetings, other favored topics are his birds, fish, and butterfly series. The wildlife cards are mostly published in Tuck’s “Aquarette” series.

The following is an illustrated* checklist that will be advantageous if you anticipate collecting these in the future.

British Birds and their eggs 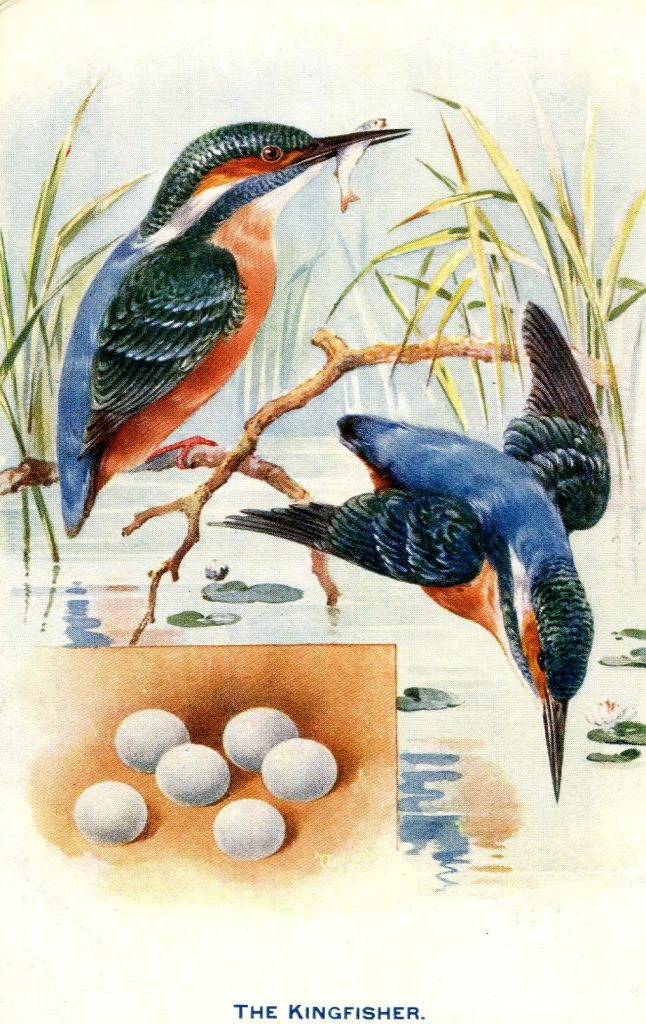 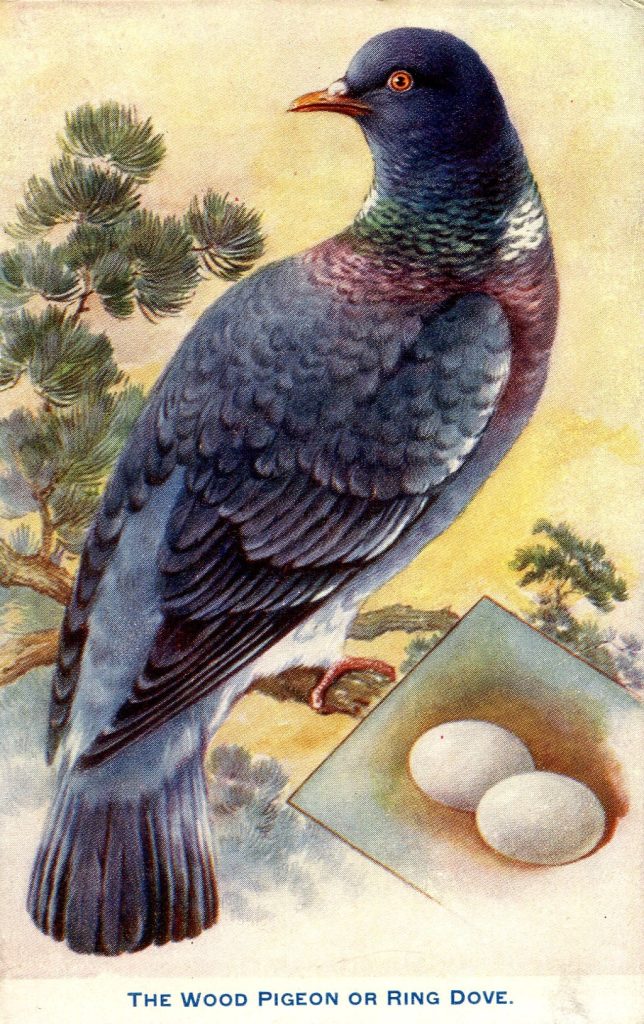 British Birds and their eggs 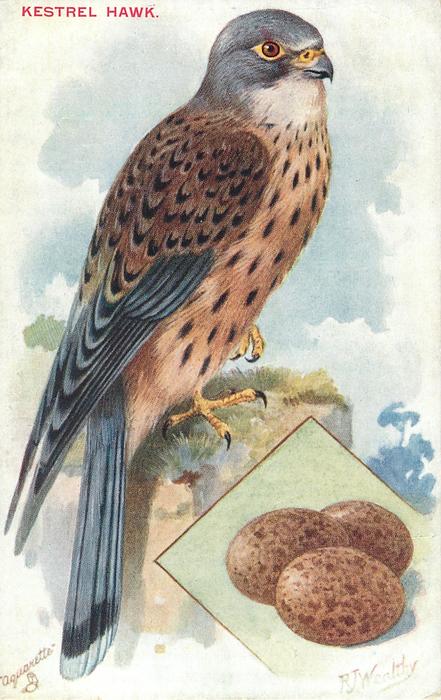 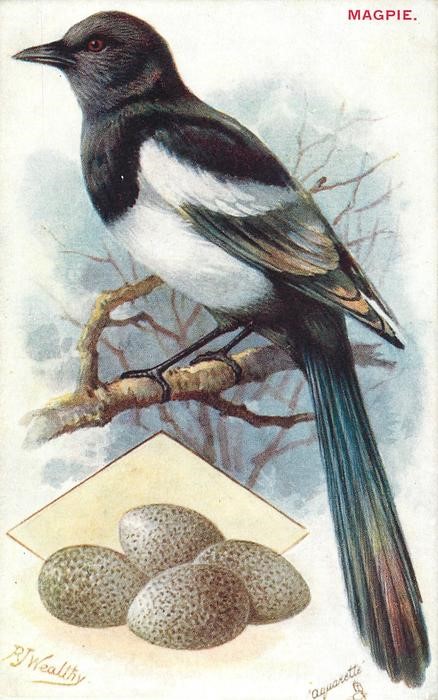 British Birds and their eggs III 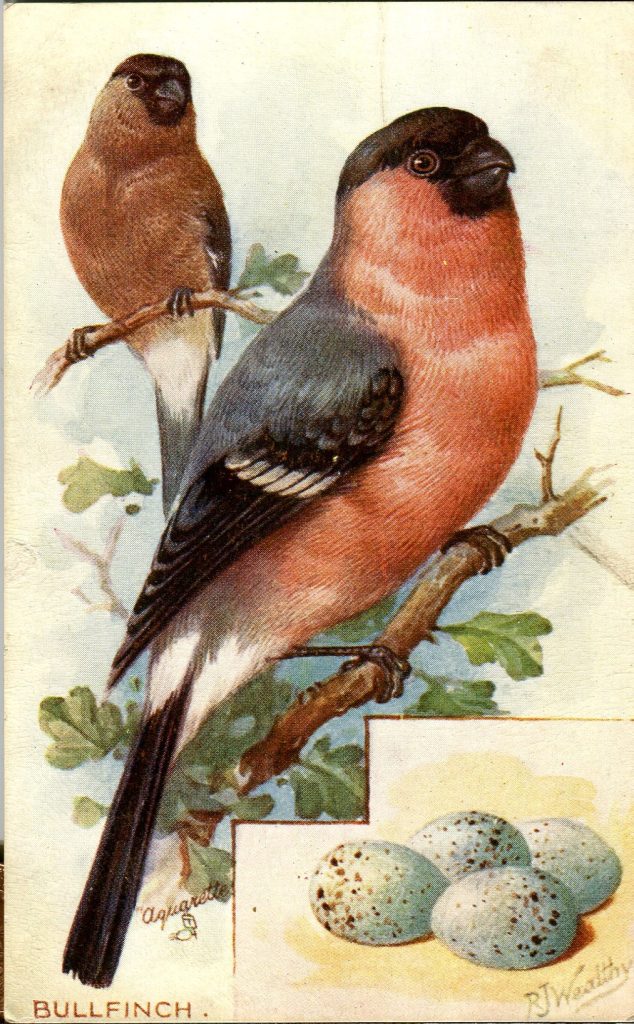 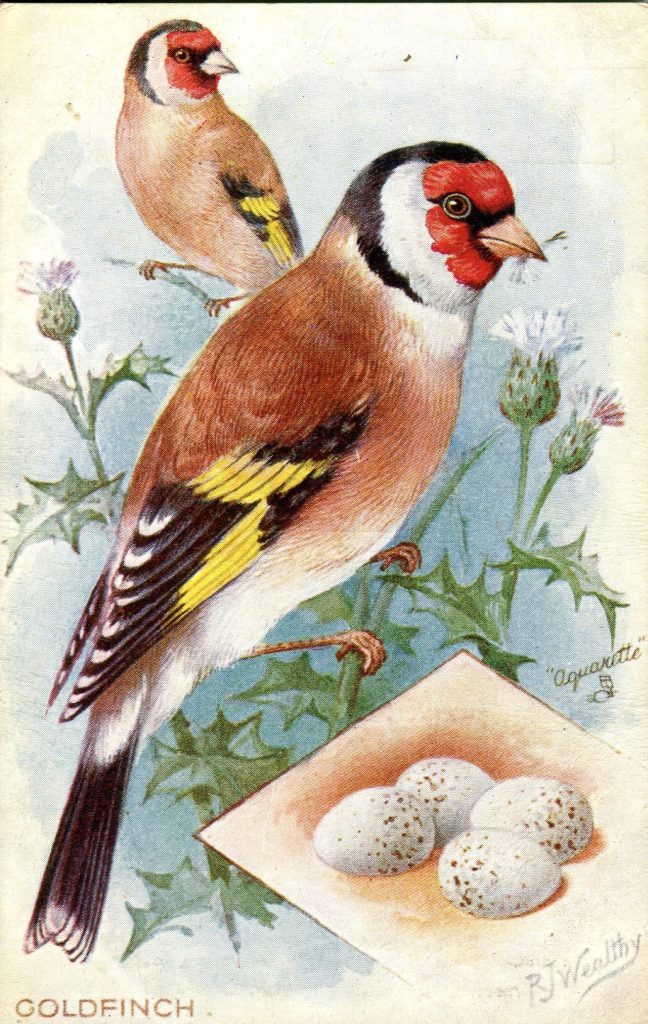 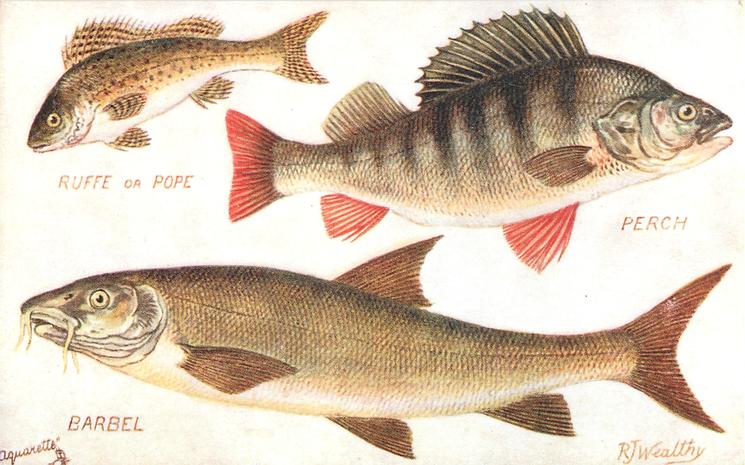 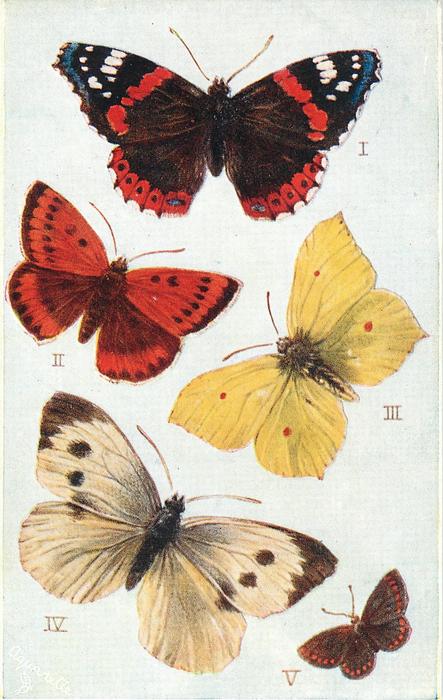 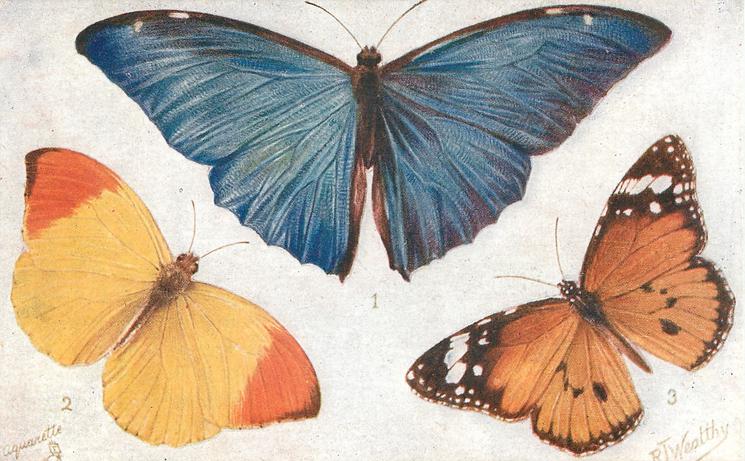 Tuck Set #3390 is a thirty-card set that repeats the art of Wealthy and adds additional images by N. Braby and Alice L. West. Each image on every card has die-cut wings. Once the wings “break-away” where cut, they may be folded toward the front of the card and the image becomes three-dimensional.

Collecting these can be a challenge, but well worth the effort.

The Staff of Postcard History offers this article for your enjoyment. It is a combined effort of many: our publisher, editor, webmaster and collectors/contributors far and wide. Please use the COMMENTS feature below to let us know how we're doing.
PrevPreviousCreative Advertising Postcards – For Bicycle Brakes
NextThe Pickwick NiteCoachNext
2 Comments
Oldest
Newest Most Voted
Inline Feedbacks
View all comments
Bob Kozak

I think the best of the cards depicted which shows the kingfisher demonstrating how it got its name.