The First in a Series

It is a certainty that there is no paragraph, sentence, phrase or word that hasn’t been used to write about lighthouses. To find a person who doesn’t like lighthouses would be a challenging task. The idea of lighthouses and how they are used is as old as time. One of the seven wonders of our ancient world was the lighthouse at Alexandria, Egypt.

Researchers who are lighthouse enthusiasts have learned (and there is no reason to dispute their findings) that there are or have been nearly 22,000 lighthouses around the world. The largest is in Saudi Arabia. The shortest, at approximately nine feet tall, is on Kilbre Island, near Merseyside, England. Seven hundred are or were located in North America, one of which is under the George Washington Bridge where the bridge spans the Hudson River connecting New Jersey to the northwest corner of Manhattan Island, New York City. If you wish, a tour could be in your future. The Little Red Lighthouse is open to the public and you may climb the steps (all 48 of them) to the top – it is a staggering forty feet tall.

Lighthouse tours are very popular. Depending on your degree of lighthouse interest you may even want to join a guided (motorcoach) tour. There are travel agents who specialize in lighthouse adventures.

However, if you prefer arm-chair travel, we at Postcard History are pleased to present the following, selected list of lighthouses on the east coast of North America. We hope you don’t mind looking at “old” pictures.

The stops on this arm-chair tour are 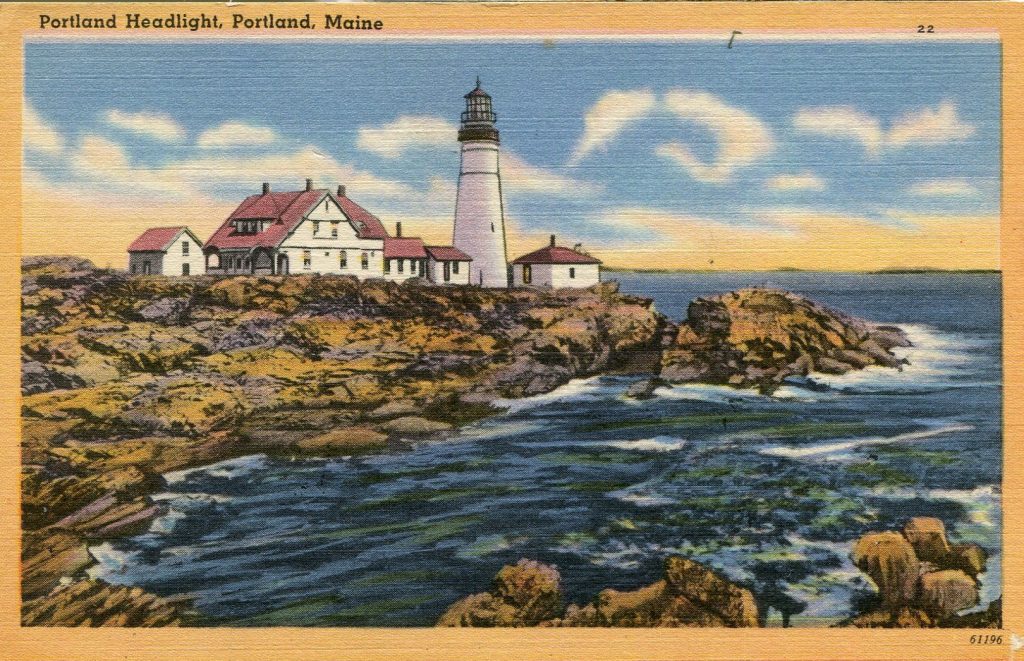 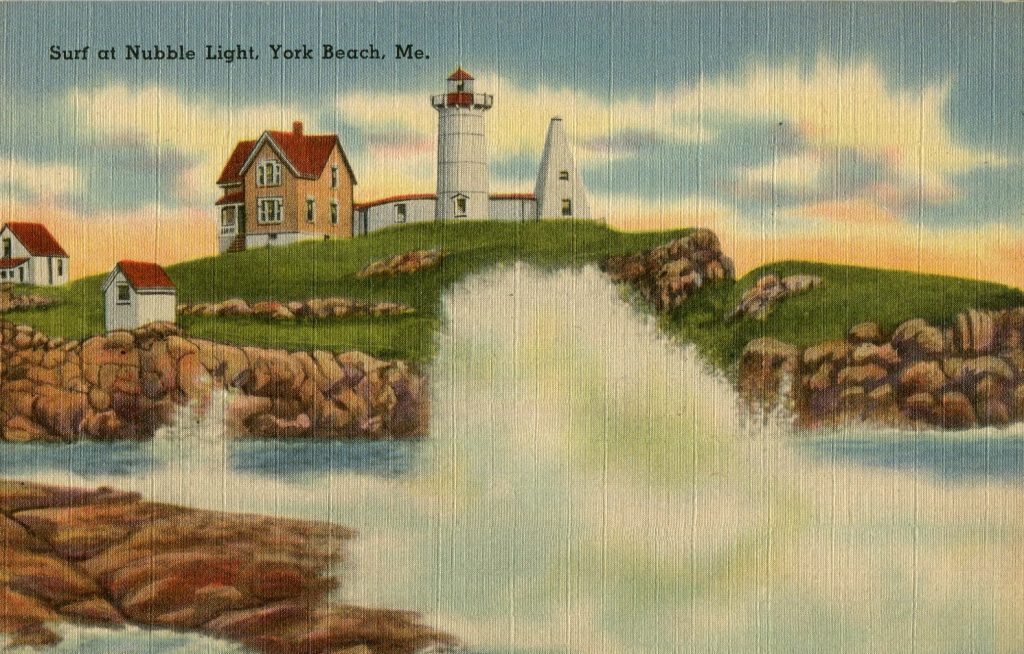 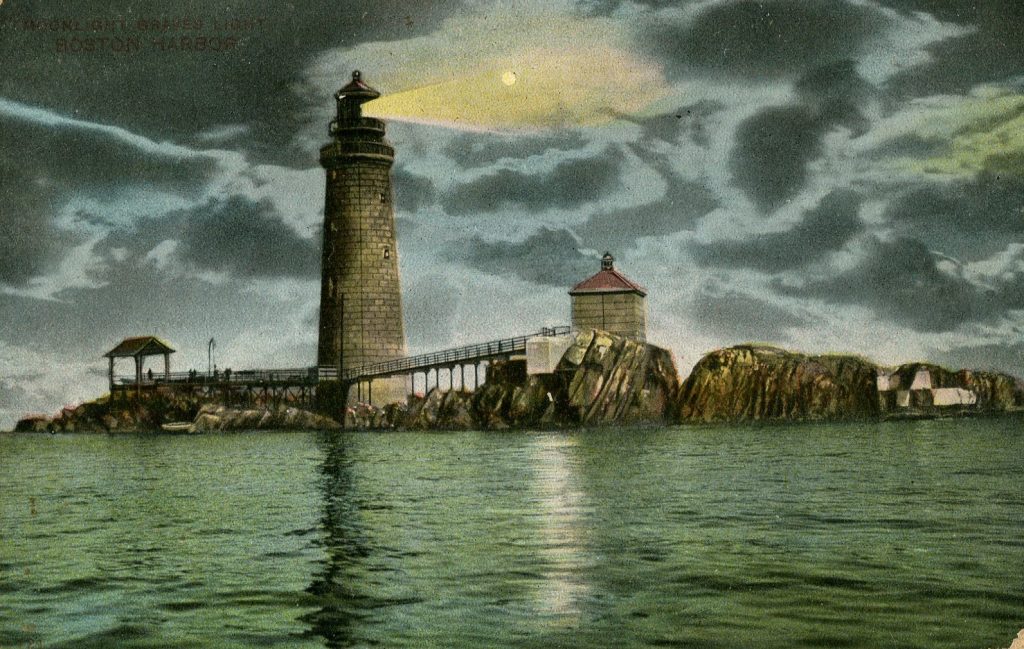 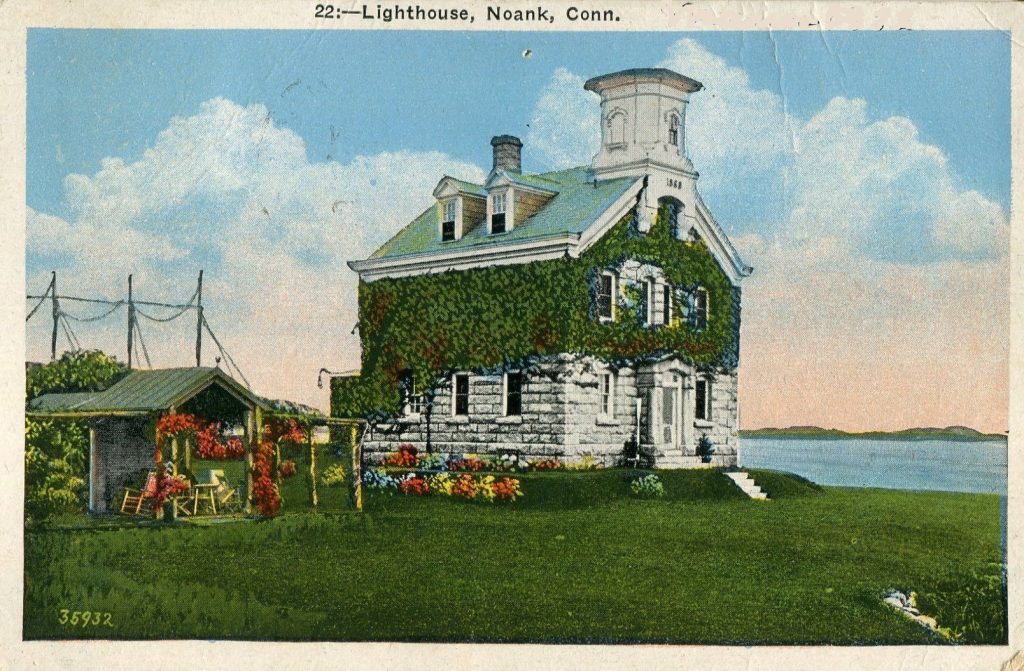 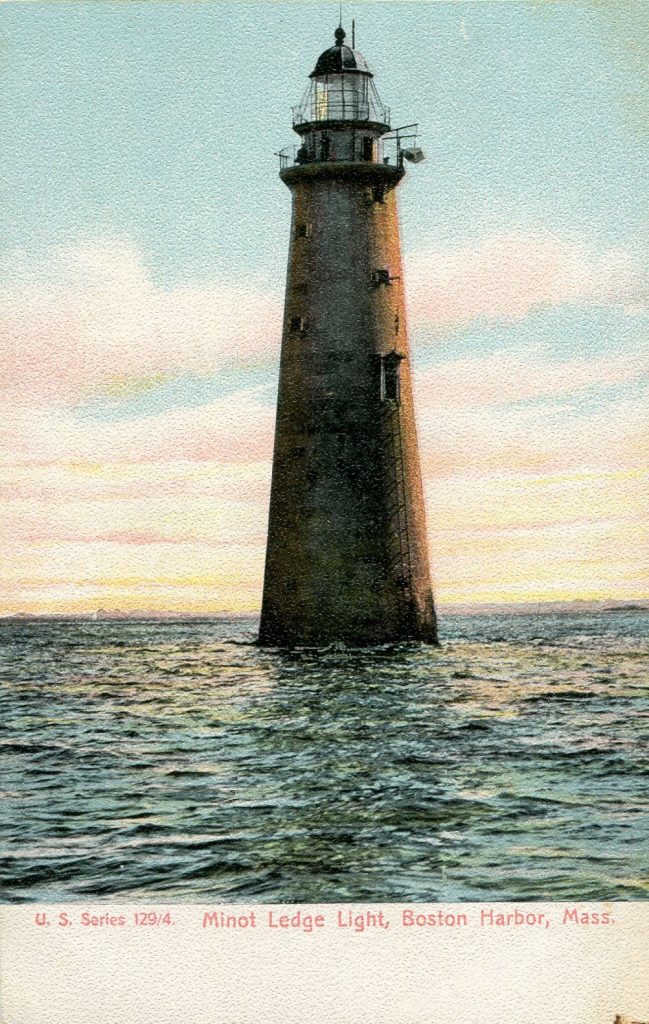 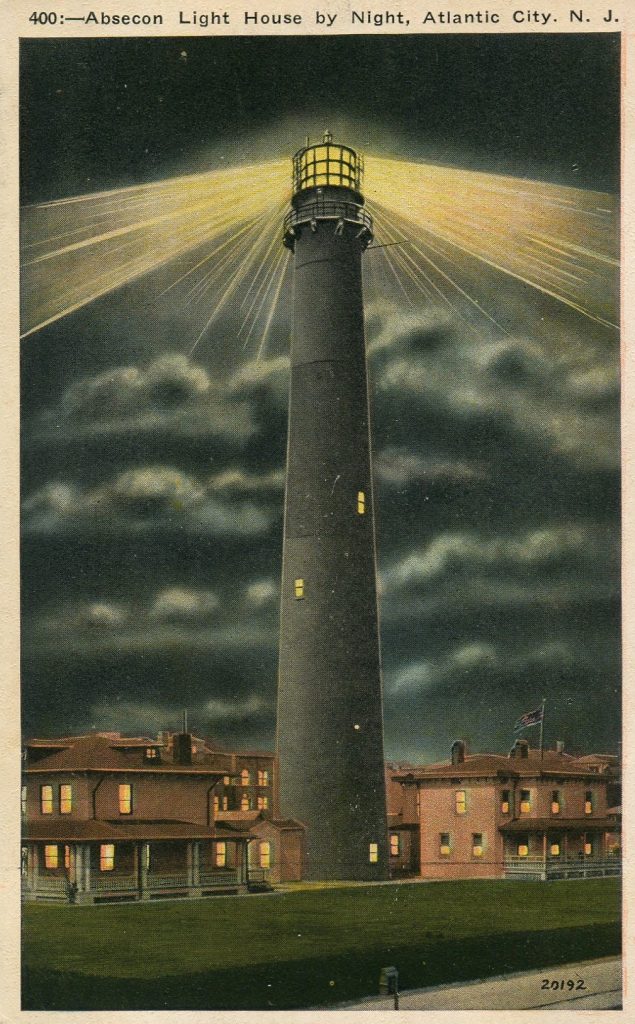 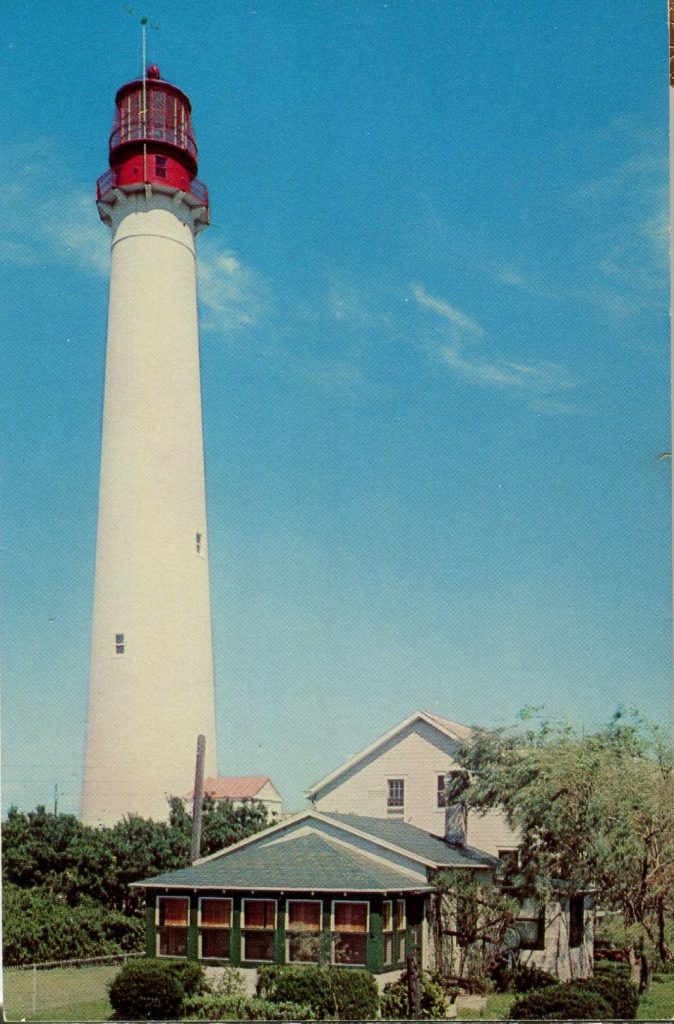 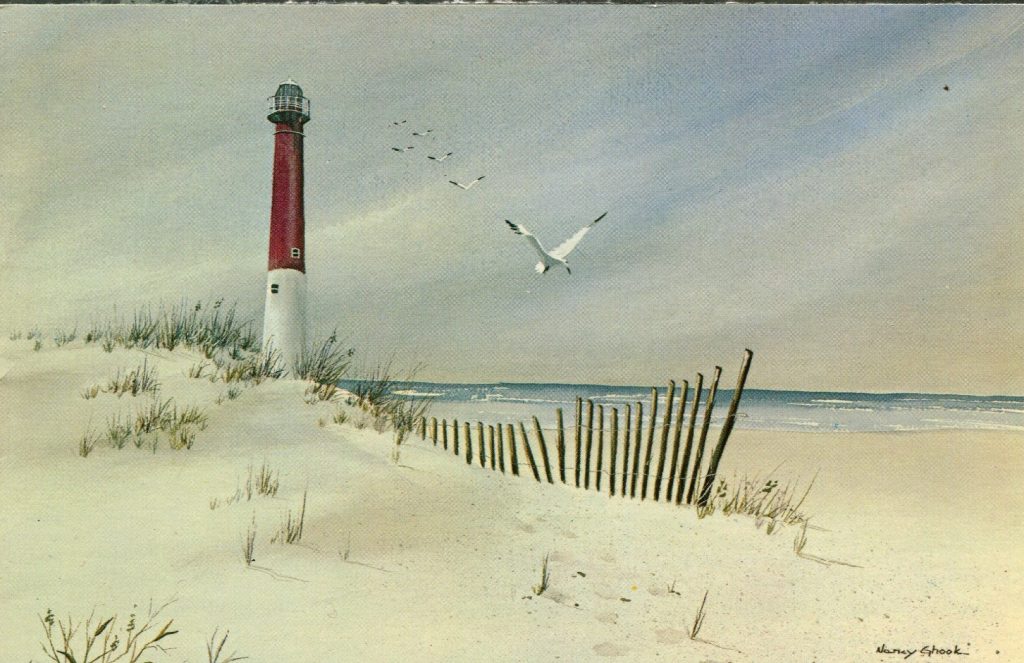 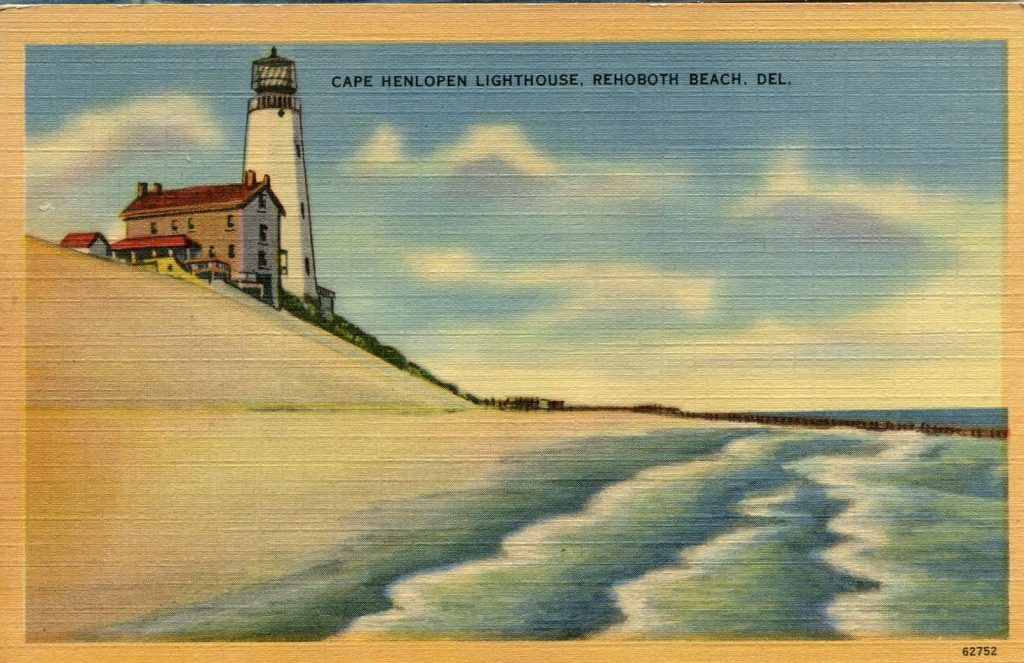 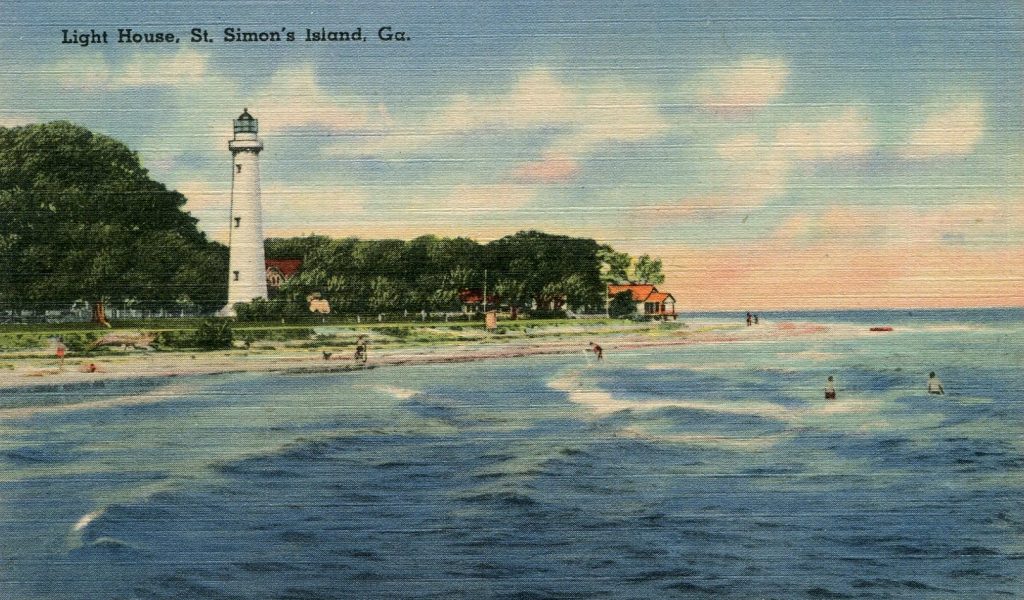 This tour ends in south Georgia where Saint Simon’s Island lighthouse guides ships into Saint Simon’s Sound to the port of Brunswick, Georgia.

In Part Two and beyond, we will visit lighthouses in: Florida, Along the Gulf Coast, the Mississippi River Delta, the Great Lakes, Southern California, the Greater Northwest, Alaska, and Puget Sound.

No reservations necessary, but please, continue reading Postcard History Online Magazine to join the tours. We look forward to your visit.

The Staff of Postcard History offers this article for your enjoyment. It is a combined effort of many: our publisher, editor, webmaster and collectors/contributors far and wide. Please use the COMMENTS feature below to let us know how we're doing.
PrevPreviousSandpaper Soap
NextA Chautauqua Symphony ConcertNext
8 Comments
Oldest
Newest Most Voted
Inline Feedbacks
View all comments
carl flaum

I collect Postcards of US Lighthouses, and so far I have Postcards for 412. I have a “want list” I am especially looking for one of Tucker’s Island, NJ which fell into the sea back in 1927. Also need one for the original Minot’s Ledge, lost to the sea in 1851.
I have a “want list” for anyone willing to help. carlflaum@yahoo.com

I remember owning a copy of “The Little Red Lighthouse and the Great Gray Bridge” as a child.

A well written article,looking forwarfd for next article.i collect postcards on lighthouse. any member wishes to receive a postcard on Indian Lighthouse may conntact me at
khurram.kumar@gmail.com

Love lighthouses, so glad to see this series, can’t wait for the Great Lakes.

What a wonderful article about my favorite thing…. Lighthouses. Thank You for writing this series! We try to get the word out about lighthouses because these beacons of light (and hope) will one day be forgotten. There are several on the endangered list and something needs to be done to preserve them, before they’re gone! I collect lighthouse postcards also, from the U.S. and all over the world. In my collection, I now have between 5,000 and 6,000 lighthouse postcards. Some are of the same lighthouses but all are different views, by different photographers, etc. I have pulled out any… Read more »

Sandy, I would be interested in acquiring Post Cards of the following NJ Lighthouses = Finns Point, Fort Mifflin, Great Beds, Ludlum. I am new to this hobby, and would enjoy speaking with you. Please eMail me at carlflaum@yahoo.com !

Hi, I can see 2 Lilian postcards here. I still have to look for mine, which is kept in a safe place but can not find it at this moment. I have quite a few, I hope I will one day post for you to see.

These lighthouse cards are so wow! ❤️