the genesis of many strange and unusual tales 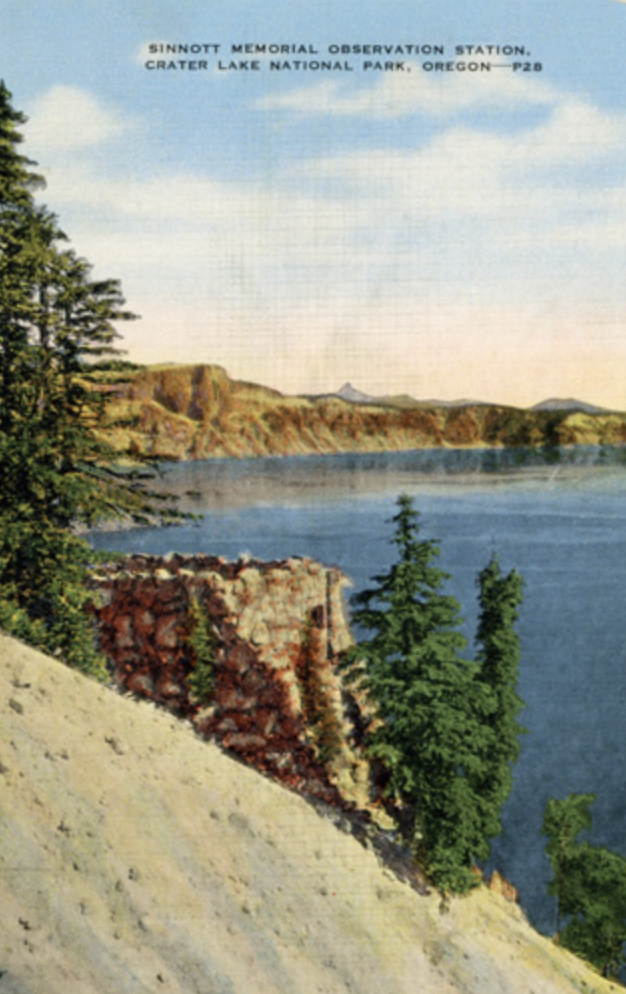 Crater Lake is a beautiful spot in southern Oregon. The lake conjures many strange tales. Let me tell you a few.

America’s deepest lake formed six- to eight-thousand years ago when Mount Mazama, a then active volcano imploded. Through the millennia the depression left after the eruption filled with rainwater and melted snow, resulting in a lake that is more than two-thousand feet deep and sits at an altitude of 8,000 feet. Strangely, there is no outlet for the water in the lake, which is the first of countless odd things about Crater Lake.

There are two islands, Phantom Ship Island and Wizard Island. [At left, below, a phantom ship and its reflection sails into the sunset; and on Wizard  Island smoke is often observed but never a fire.] 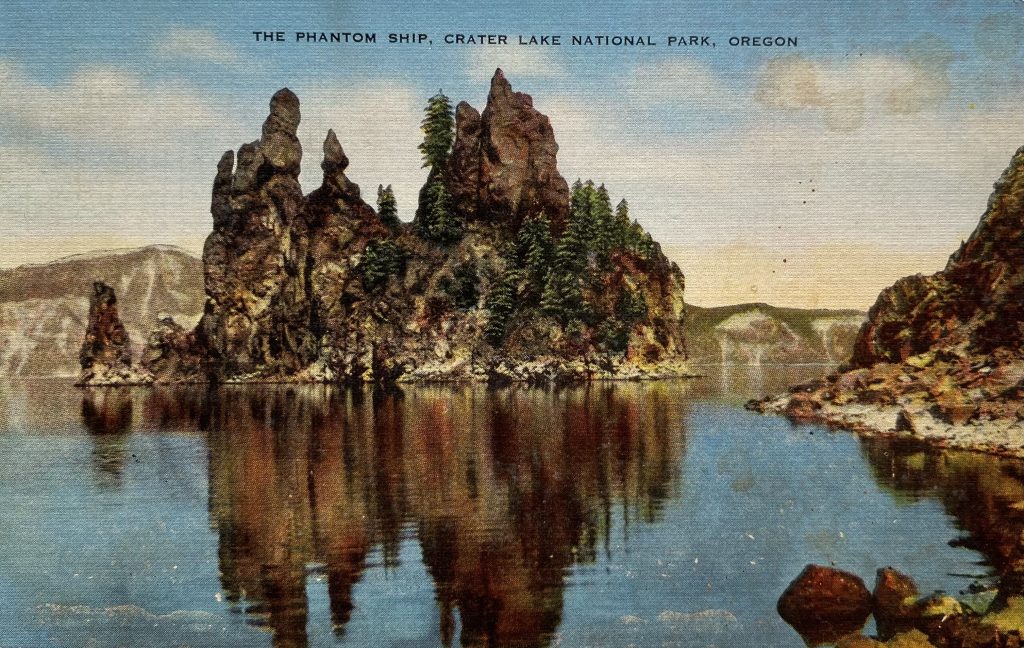 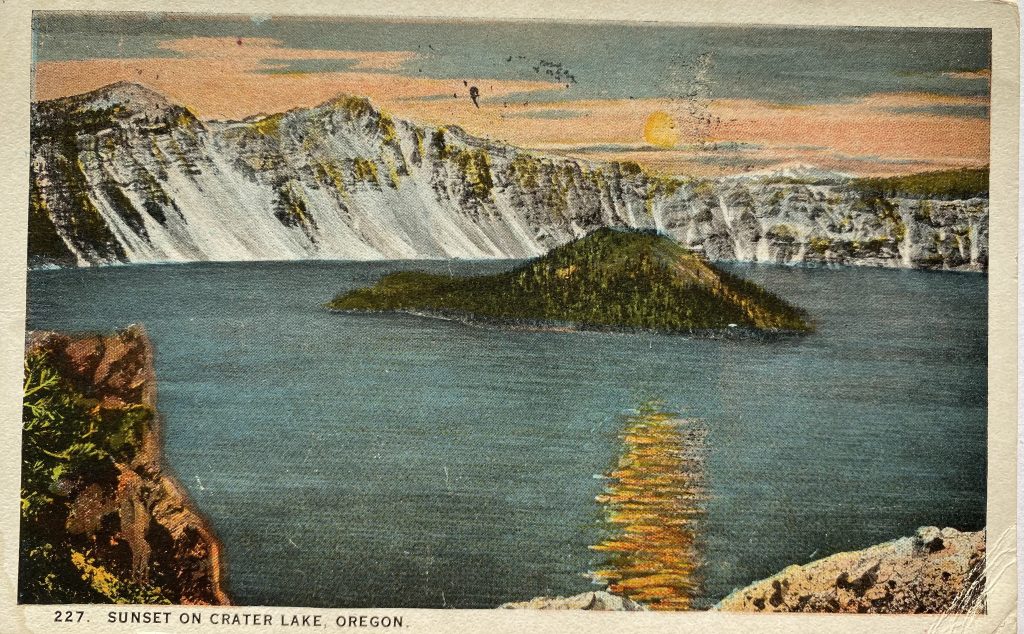 Oddities such as mysterious disappearances, deaths, and other strange happenings complete the litany.

Three indigenous tribes of the area believe that Crater Lake is a spot to avoid for there are powerful and dangerous beings who inhabit the lake. Crater Lake is seen as a portal between the “below world” and our physical plane. Legends include people who may have stared into the lake’s waters for too long and were hypnotized and lured to their deaths.

Reports of unexplained deaths and disappearances have come from around Crater Lake since the 1850s when three men went off on horseback to find a missing miner. The miner found a secret gold mine. One of the men found the missing man and was leading the others to him when his horse slipped. Man and horse fell off a cliff to their deaths. The missing miner and his gold were never found.

The beauty of the lake made it popular with photographers, hikers, and miners. In 1975, a photographer on a winter expedition vanished and was declared missing. A year later, when only a toe and a shin bone remained as identification, the man who found the bones declared, “… it was if the rest of his body had melted away.”

Other strange disappearances are not limited to the lake and the grounds around the crater; they have been reported in the air above it, too!

In 1944, two Grumman Torpedo planes were flying over Crater Lake. One of the pilots craned his neck to see the other plane, but it had vanished in a cloudless sky. Later, determinations concluded that the plane crashed into the lake. The cause remains unknown.

Airplanes are not the only things seen flying over the ancient lake. UFOs have been sighted flying above Crater Lake and in and out of its waters.

Frightening beings are also said to inhabit Crater Lake and the surrounding forest. Strange smoke coming from Wizard Island at night is believed by the indigenous peoples to be the spirits of the island.

Sasquatch and Bigfoot have also made appearances at Crater Lake. It’s been reported that one of them throws pinecones at humans if annoyed by their presence.

If you choose to visit Crater Lake, never go unaccompanied. Remember, respect for the lake, the native peoples, and the surrounding area is due. If you forget, you too may vanish!

Anne Ross enjoys researching and writing about the postcards she collects because it enables her to finally make use of the things she learned in art history class! She collects Raphael Tuck and Kohn Brothers postcards from the UK and Austria. Anne lives in California.
PrevPreviousCome and Join Us
NextReg ManningNext
3 Comments
Oldest
Newest Most Voted
Inline Feedbacks
View all comments
Bob Kozak

I never realized there were so many legends about Crater Lake.

Have been to Crater Lake but was not aware of all of the things that you pointed out! Thank you. Sending a copy of this to our friends in Portland and have a Crater Lake card I would love to share with you if you would like a scan. Please write!

My husband and I have been there and it was very interesting to know more about it.Now if I can find the box of Oregon cards ,…I need help to get the collection sorted out ! We live in San Diego.