For years I have found North Carolina cards produced by Bayard Wootten. A recent discovery taught me that she was an early North Carolina photographer and postcard producer.

Born in Newbern, North Carolina in 1875, Bayard’s mother had artistic talents and her father was a professional photographer. Bayard’s father had little influence on his daughter since he died when she was five years old. She attended Woman’s School in Greensboro in the 1890s and upon graduation became a teacher at a school for the deaf in Arkansas. After two years she moved to a similar position in Georgia. Bayard married in 1897 and had two sons. When her marriage failed in 1901, she returned to her mother’s home.

In 1904, she began to focus on her camera and her photographic work. Her first studio was a small frame building beside the family home in New Bern.  [In her New Bern studio, she developed and printed the first aerial photograph taken by a woman.] Throughout her career, she would have several studios in several cities including New York.

In 1906, the National Guard opened a training camp in Morehead City, not far from New Bern. Bayard packed up her camera and began taking photos of the soldiers. The commander, General Laurence W. Young, branded Wootten as a “camp follower” and prohibited any pictures of the offices. She is quoted as saying, “… he provided me with a horrible dressing down.”

Eventually Bayard prevailed and during her first summer in Morehead City, she sold 2,300 real photo postcards of the soldiers. A soldier could buy six cards of a single pose for fifty cents. [It may be that even in those days, fifty cents for six cards was a good price.] Other single cards of group activities, parades, or rifle practice were a nickel each.

General Young decided that photographs of his soldiers were good for their morale and promoted interest in the National Guard.  Bayard said that he spent the rest of the next fifteen years trying to make amends.

With such a large volume, Wootten asked permission to build a small photo hut at the camp. General Young agreed and made Bayard a member of the National Guard with the title “Chief of Publicity.”

In a recently published (2021) history of Camp Glenn, many of Bayard’s photographs appear, one of which shows her with her own half-brother at the camp. It may be a safe assumption that most of the book’s illustrations were once postcards.

In 1928, Bayard moved to Chapel Hill, North Carolina and obtained significant recognition there. By the 1930s, she had settled into the niche of commercial photographer. She excelled in landscapes and portraits.

Bayard made some of her most popular photographs in the mountains of western North Carolina and the low country of South Carolina. She also worked in Alabama and Tennessee. Bayard’s experience with African Americans was both lengthy and frequent.

North Carolina had a black population of 25% and her hometown was 50%. In 1907, she marketed a series of postcards featuring African Americans.  She would title these cards with names like “Two Sunny Smiles” or “Old Black Joe.” 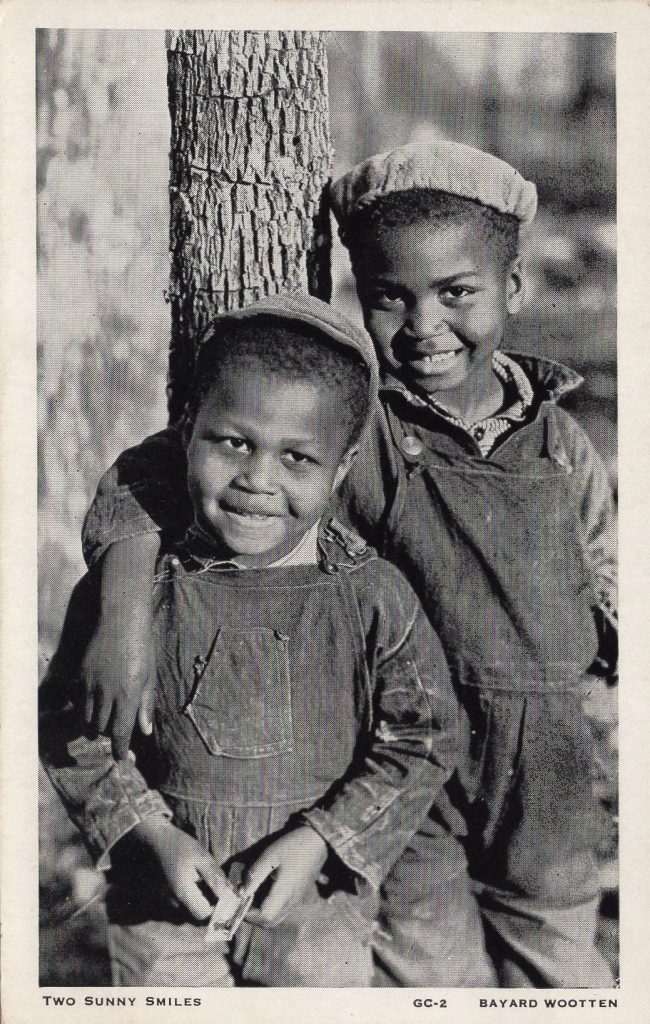 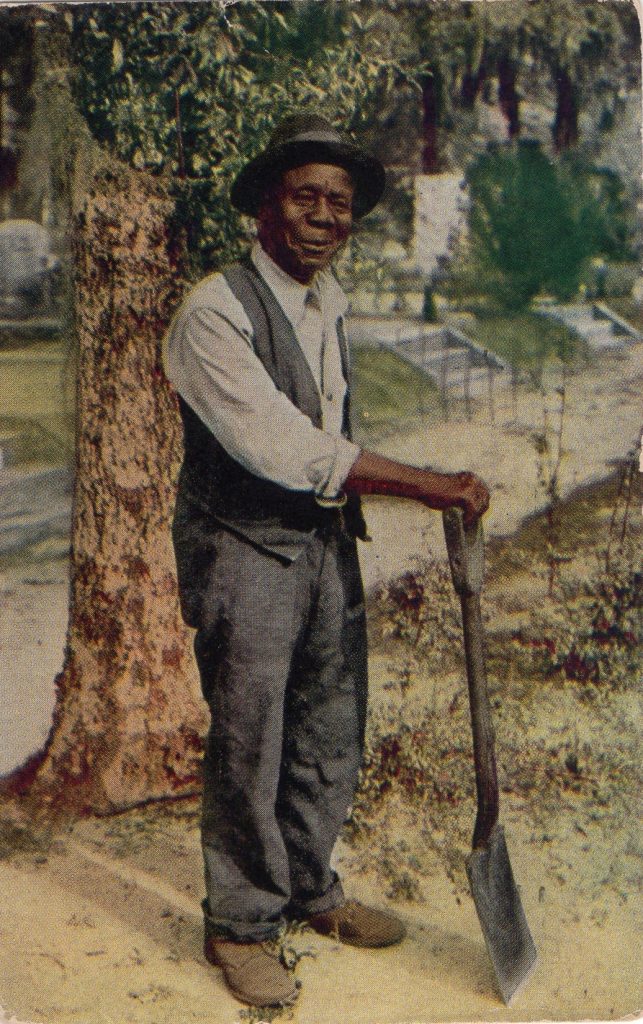 Her intent was to sell them to a white audience.

In the early 1940s, Bayard produced a series of cards with images of the Chapel Hill campus. All are white border cards. During this same period, she produces numerous other cards of buildings from other Southern cities. Here are some worthy samples of her work. 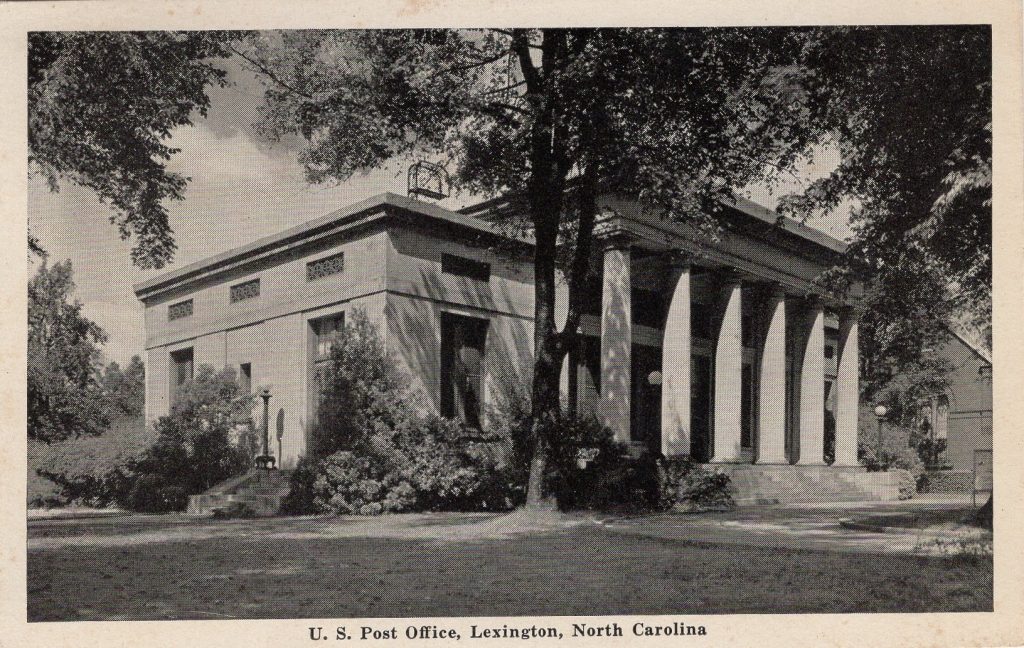 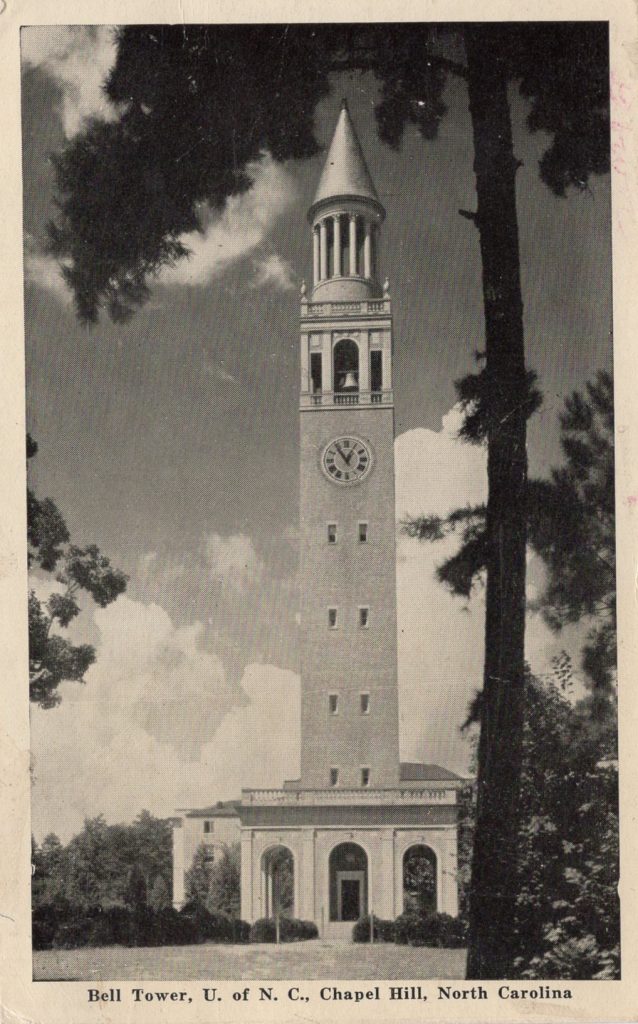 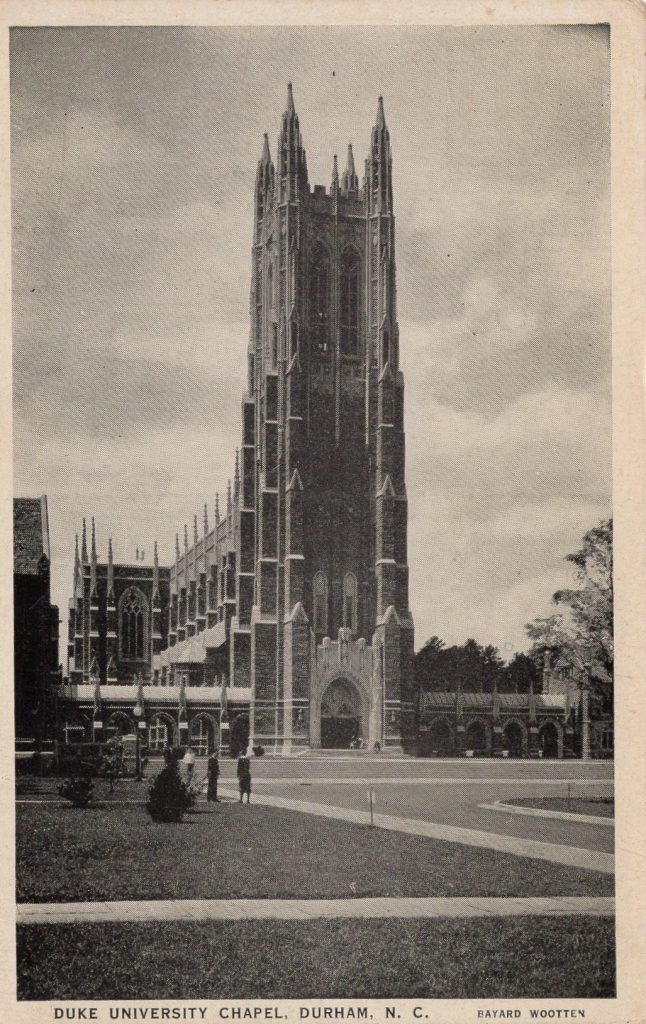 In 1954, Bayard retired and returned to New Bern.  Throughout most of her career Bayard was known affectionately as the “Lenslady.” She died on April 6, 1959; she rests in Cedar Grove Cemetery, New Bern, North Carolina.

P.S. Mary Bayard Morgan, in addition to all her photographic accomplishments is credited with giving Pepsi Cola its name and designing its logo. The inventor of Pepsi was Bayard’s neighbor in North Carolina.

Tony Crumbley has been a collector of stamps and postal history since childhood. He has authored numerous articles over his career as a philatelist. He is the current Co-Editor of the North Carolina Postal History Journal, a job he has had for over 25 years. He is a General in the Civil War Philatelic Society where he served as president. He lives with his wife, Renea, in Charlotte, North Carolina, and is the retired Vice President of Research for the Charlotte Chamber of Commerce.
PrevPreviousMāori Children Diving for Pennies
NextWish You Were Here – Not Really!Next
7 Comments
Oldest
Newest Most Voted
Inline Feedbacks
View all comments
Violet Walsh

I don’t know if I buy into the notion that Bayard’s father had little influence on her since he died when she was five years old. I think there are many ways that he could have influenced her choice of careers, even from the grave. She may have inherited artistic genes from both of her parents and the photos that her father took and his cameras certainly weren’t buried with him.

I agree with you about the cameras. A curious child would be fascinated with such things and would not have let up until her adults began explaining how they worked.

Those that have studied her more than I felt her mother had a greater influence on her than her dad. Without a doubt I am sure her fathers photos and cameras did have an impact.

This article is most interesting to me. I collect the soldier studio poses on postcards and like the different backgrounds and props in these studios. This is the first time I have seen what the price was for these personal uniformed greetings from the training camps. “A soldier could buy six cards of a single pose for fifty cents.” And you can see that such a postcard was useful to send to a soldier’s mother, grandparents, girlfriend, and so forth. THANKS VERY MUCH.

Fun to imagine her life and how she won over General Young.

I see a TV mini-series there.

I’ll remember Bayard’s name if anyone ever asks me for a recommendation of an interesting female figure from history to research.