and the Ballad of Annie Laurie

The Forest Lawn cemetery in Glendale, a part of metropolitan Los Angeles, was not the first cemetery in the area. That is probably the City Cemetery, a joint venture of several fraternal organizations including the IOOF (Independent Order of Odd Fellows) and the F & AM (Free and Accepted Masons), which was established around 1847.

Forest Lawn Memorial Park was created in 1906 and its management was taken over by Dr. Hubert Eaton in 1917. His vision was the antithesis of the then-current view of cemeteries, with their mass of vertical headstone and somber memorials to death. His vision was of a park-like environment with attractive vistas, water features, quality artistic statuary, and trees, lots of trees. The cemetery is divided into sections with upbeat names.

The first church to be constructed in the cemetery was the Little Church of the Flowers, a copy of a church in Stoke Poges in England’s Buckinghamshire that was finished in 1918.

The second church in the cemetery, the Wee Kirk o’ the Heather, took its name from a small parish church in Glencairn, Scotland that was the supposed inspiration for the iconic poem “Annie Laurie.”

“Annie Laurie” is perhaps the most popular Scottish ballad ever. It was written by William Douglas sometime in the 1680s or 1690s. Douglas’s and Laurie’s families had nearby estates in the area around the village in Glencairn. Douglas fell in love with Annie, the youngest daughter of Robert Laurie, who became first baronet of Maxwellton in 1685. Alas for William, his love went unreturned, perhaps over religious differences between the families or because he was much older. But they never married. 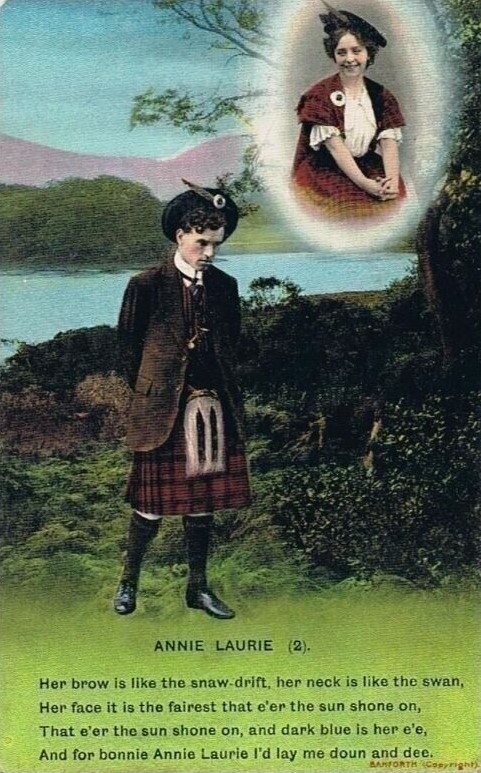 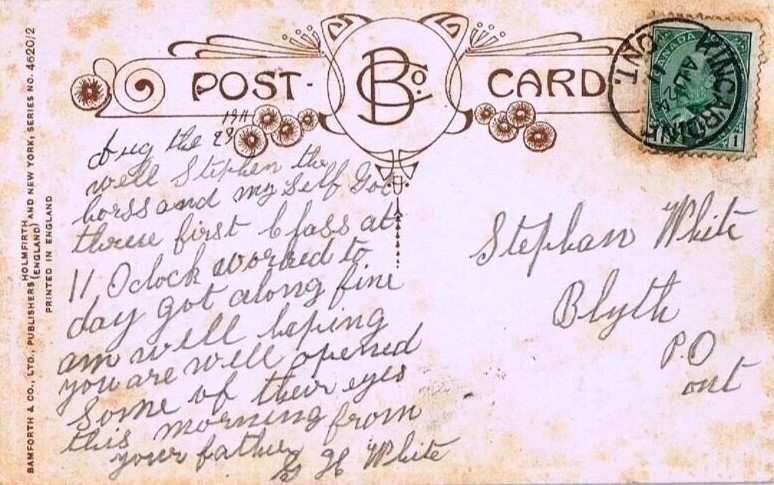 Like so many love ballads, “Annie Laurie” has been modified through the years for one purpose or another. Lady John Scott laid claim to having her version of the words set to music in 1835 and it was published in the 1850s.

The ballad inspired Frederick Hansen to build an idealized version of the small parish church in the cemetery. The original, which had been built around 1310 but was destroyed in 1805, was likely a simple local structure, but Hansen had sculptor Finn Haakon Frolich install bas-reliefs to the church and Hansen also adorned the windows with stained glass. The Wee Kirk was constructed between 1929 and 1930.

Many postcards of the Wee Kirk have been issued. A rough chronology can be established by the presence (or lack thereof) of the Tower of Legends, which was built in 1925 but demolished in 1948, to make way for the 1951 Italian Gothic cathedral known as the Hall of The Crucifixion-Resurrection, which was intended exclusively to house two paintings on the life of Christ.

By the 1940s the church became known as “The Chapel of the Stars” for the many Hollywood marriages performed there, including Ronald Reagan’s first marriage (to Jane Wyman) in 1940. It was also the site of funerals, such as that of Jean Harlow in 1937.

An additional adornment was the “Wishing Chair,” which was added in 1931. It is allegedly made of stones from the Scottish church. The story that lovers who sat there and repeated the words inscribed on the chair would be forever blessed cannot be verified.

The Wee Kirk’s popularity was so great that a Las Vegas wedding chapel called itself “Wee Kirk o’ the Heather.” It opened in 1940, only to be demolished in 2020.

There are a great many postcards of the Wee Kirk. The cards that have the same image as my card are linens with the phrase “Wee Kirk o’ the Heather” in white gothic-style type centered at the bottom of the image. The phrase “Forest Lawn Memorial Park, Glendale, California” is printed in the top border to the right of center with “178” printed to the left of this phrase. At the right in the bottom border is 4A-H447,” which marks it as a Curt Teich card. On the back at the top of the message area, in blue ink, is a description of the image with “Western Publishing & Novelty Company of Los Angeles, Calif.” vertical on the left side of the back.

Every copy of this version of the Wee Kirk card that I have found on the major auction sites has as a divider between the address area and the message area “C. T. Art – Colortone.”

Except my card. I don’t know why and I wish I did.

Bill Burton began collecting Ossining, New York postcards when he lived in that Hudson Valley town. His collection expanded, of course, to include his college, the neighboring towns, and places where he and his wife traveled. In retirement, he's refocused on Delaware and the DelMarVa peninsula towns, but he’s just as likely to be found parked in front of the 25¢ boxes at shows.
PrevPreviousBlowing Rock and the Green Park Inn
NextBilly Whitla, Kidnapped ChildNext
1 Comment
Oldest
Newest Most Voted
Inline Feedbacks
View all comments
Bob Kozak

I had always assumed “Laurie” was Annie’s middle name as opposed to her surname. Ignorance fought!