and the Green Park Inn

Legend has it that a Chickasaw chieftain feared a white man’s admiration of his lovely daughter, so he moved his family from the plains to Blowing Rock. His daughter fell in love with a local Indian. During a strange “reddening” of the sky, her lover fell from the rock. The heart-broken maiden returned to the rock daily until one day, a great gust of wind blew her lover back from the valley.

The Blowing Rock is a large cliff 4,000 feet above sea level. The cliff overlooks John’s River Gorge, 3,000 feet below. The strange up-draft mentioned in the legend, is caused by winds blowing through the gorge forcing the winds to move upwards. On most days, any light object thrown off the rock will be blown upwards. The strong current of air flowing upward from the rock has prompted Ripley’s Believe It or Not to say it is the “only place in the world where snow falls upside down.”

Located just a few miles from Mount Mitchell, Blowing Rock is the highest mountain (6,684 feet above sea level) east of the Mississippi River, and for quite a long time, has been the oldest tourist attraction in the state of North Carolina. 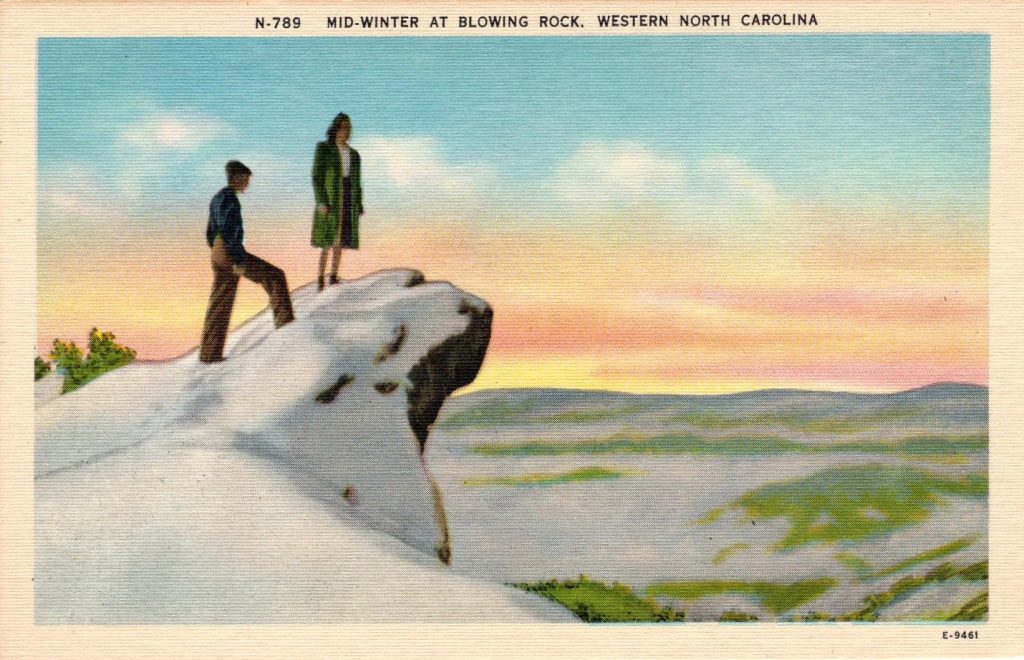 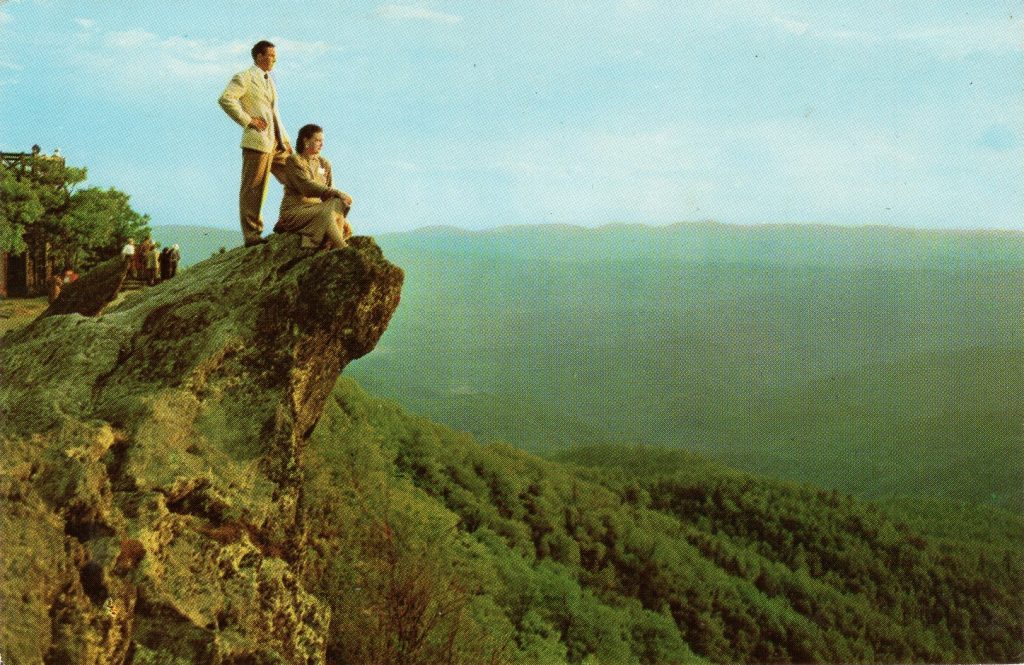 In 1891, Civil War veteran, Major George Washington Findlay Harper founded the Green Park Hotel in what is now Blowing Rock. The original structure was over 73,000 square feet with 60 guest rooms. Each room had a fireplace, running water, and electric bell alarms. There was a restaurant, bar, ballroom, billiard room, bowling alley, shooting gallery, tennis court and a telegraph office. The Green Park even had its own post office – Greenpark, NC – that operated from July 1891 to September 1935.

In its 130 years of operation, it has had numerous “named guests,” the likes of Annie Oakley, J. D. Rockefeller, Eleanor Roosevelt, Calvin Coolidge, and Herbert Hoover.  Margaret Mitchell wrote part of Gone with the Wind at the hotel.

In 2010, the New York Hoteliers purchased the hotel and refurbished and modernized the entire building. Currently, there are 88 guest rooms, multiple common areas, and a library has been added. The Green Park Hotel has been placed on the National Register of historic places. It is the last major grand hotel in western North Carolina.

Tony Crumbley has been a collector of stamps and postal history since childhood. He has authored numerous articles over his career as a philatelist. He is the current Co-Editor of the North Carolina Postal History Journal, a job he has had for over 25 years. He is a General in the Civil War Philatelic Society where he served as president. He lives with his wife, Renea, in Charlotte, North Carolina, and is the retired Vice President of Research for the Charlotte Chamber of Commerce.
PrevPreviousThe Bonus Army
NextWee Kirk o’ the Heather – and the Ballad of Annie LaurieNext
2 Comments
Oldest
Newest Most Voted
Inline Feedbacks
View all comments
Bob Kozak

Bob you are correct. Sorry typo on my part. I just climbed Mt Mitchell just before I wrote the article.