Surely it is a fake, Fake, FAKE

First you need to know that my grandfather was born in England and worked as a coal miner. He came to America in 1912 at age 30. He and my grandmother settled in Frostburg, Maryland, and my grandfather went to work at the Pine Mountain Coal Company. He started as an assistant production manager based on his job-experience in England. Grandad never worked a 40-hour work week, he worked 60- and 70-hour work weeks, but in what little spare time he had, he read history books.

My grandparents, Henry and Margaret, had five children, two daughters and three sons. My father, Norman was the youngest boy. Family legend is full of tales about how my grandparents taught their children how to be god-fearing people and up-standing citizens. One personality trait engrained in all the Martin children was thrift and fair-play.

Really! For forty-six of my 79 years I have collected postcards, and I never bought a reproduction, counterfeit, or fake postcard. Being thrifty is not part of the reason. Normally, I would not have bought the card simply because it was a fake, but I recognized that talking about this postcard would serve as a warning to other collectors.

Here’s the story. Because my grandfather shared his interest in history with my father, my father did the same for me. Even these days, I subscribe and read at least seven monthly magazines filled with articles based on historic events, artifacts, or personalities. In a recent edition of a magazine devoted to World War II topics, the photograph below appeared along with a quip concerning the Ghost Army of World War II being awarded the Congressional Medal by President Biden.

There are at least three very good books concerning the ghost army and its history. Earlier this year when our President presented an award to the ghost army I read, Ghost Army of World War II by Jack Kneece. It became a favorite. To set the record, I know something of the topic because of Mr. Kneece’s book, but I had never seen, or can’t remember seeing this photograph.

You know how it happens. You don’t know about or ever thought about a topic or seen a photograph and all at once in a very brief period of time the topic or the image seems to be everywhere you look.

So, I attended a postcard show in southern California and found a dealer with three boxes labeled World War II. I sat down and started a search. In the first handful of cards, I found the one below.

The card was so new the edges were still sharp. The corners were square, and the paper was as white as fresh snow. The dealer wasn’t real busy, so I held up the card to show him and asked, if he knew this card was a fake. I also wanted to know why he hadn’t marked it so and why did he have it for sale in a box of authentic postcards.

My relief was apparently obvious when his reply was, in effect, that he was sorry and had no intention of selling the card as real. His reply continued with, “I thought the price would be enough to convince everyone that it wasn’t real.”

I looked for the price and found it in the upper right corner of the back: 25¢. 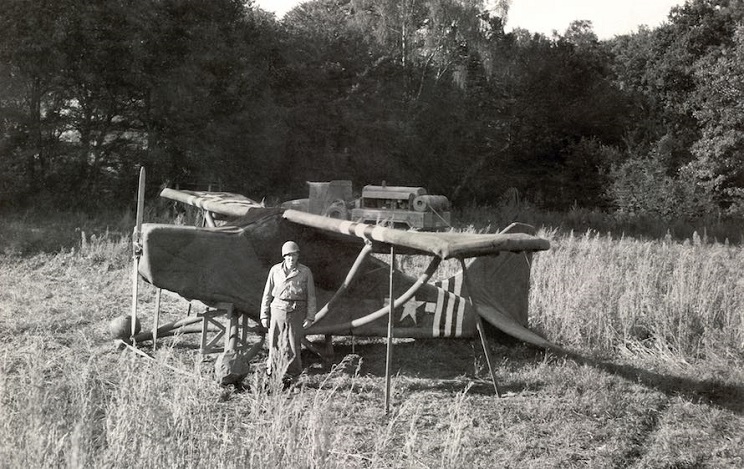 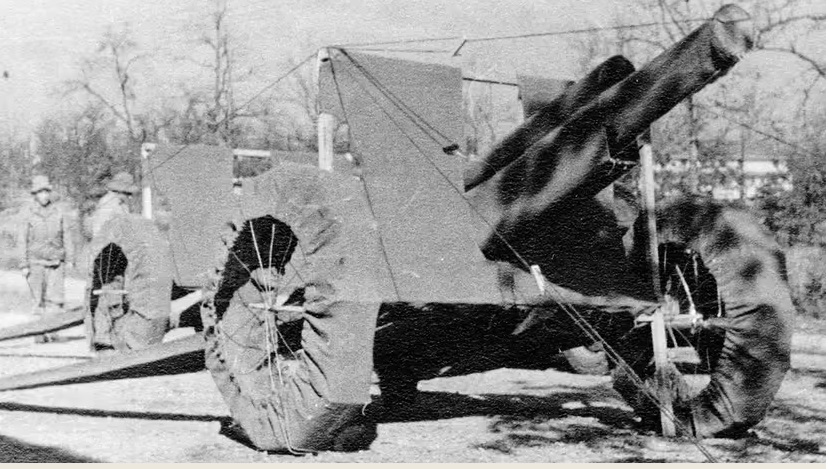 Further on in the same box, I found two more “fakes” that I told the dealer that I would write a story about and submit it to Postcard History.

“If you promise not to mention my name, I’ll give you all three!

I never thought that a gift could also be a bribe. I took the free postcards, fakes or not, the price was right, and no names are mentioned.

George “Burt” Martin loves to travel to the member countries in the Commonwealth of Nations. He has visited eleven of them. Burt relocated to California after retirement, but he hails from a small market town in the Cotswolds of England where he lived in a house that was built in 1639.
PrevPreviousThe Big Book on Lookout Mountain
NextEdward Herbener – Postcard PhotographerNext
3 Comments
Oldest
Newest Most Voted
Inline Feedbacks
View all comments
burgiedave

There are two distinct classifications of postcard sellers. Those who sell any and everything related, regardless of condition or reproduction. Vendors the next table over may have a higher price point and sell examples that carry few ‘as is’ notations. Meaning cards as this would never be considered for show inventory (possibly dollar boxes that they maintain at an antique mall).

Based on appropriate price I’d never make a comment on how he operated his business. Everything was on the up-and-up. I’m not that curious to engage in such a conversation, regardless of the activity at the booth.

First, reproduction is not a fake. Reproduction is simply not an original. A reproduction becomes a fake only when a dealer tries to sell it as an original.
Part of my collection tracks the popularity of a post card view by the number of times and different publishers that have reprinted the post card over the past 100 years. It is part of post card history. Again, it is only a fake, a fraud when a dealer says “…oh…this is original thats why its $250.00. As opposed the your dealer friend who only put .25 cent on the card.

It is amazing how often some topic I haven’t thought about in years, if ever, comes up twice within a few days in completely unrelated contexts.