It is unlikely that anyone noticed, but thanks to the Internet and all its related technology Postcard History continued uninterrupted during the last week in September from a beach house in Corolla, North Carolina.

On Tuesday, the sky was blue and a few puffy white clouds hung over the horizon. [Those who know me are aware that I am a “site-specific” junkie. A compulsion to know what’s on the other side, drove me to my laptop in an attempt to learn what is on the other side of that horizon. The answer is, the Straight of Gibraltar.]

A zephyr of a breeze carried the salt-air across these Outer Banks of North Carolina and it was what the President of the Tourist Board would call a “Chamber of Commerce Day.”

We opted for an adventure and headed for Lighthouse Park.

The parking lot was nearly full. The park was crowded. Egad, I thought, it’s Tuesday, where did all these people come from? Why aren’t the kids in school? Are all these people retired; don’t they have jobs they should be working? These and other questions were but a few of the bewilderments that dogged my next two hours.

I’m too old to climb 220 steps to the lighthouse’s observation platform, but I had to wait in line just to get close enough to read the information board that answers the curious tourist’s questions. 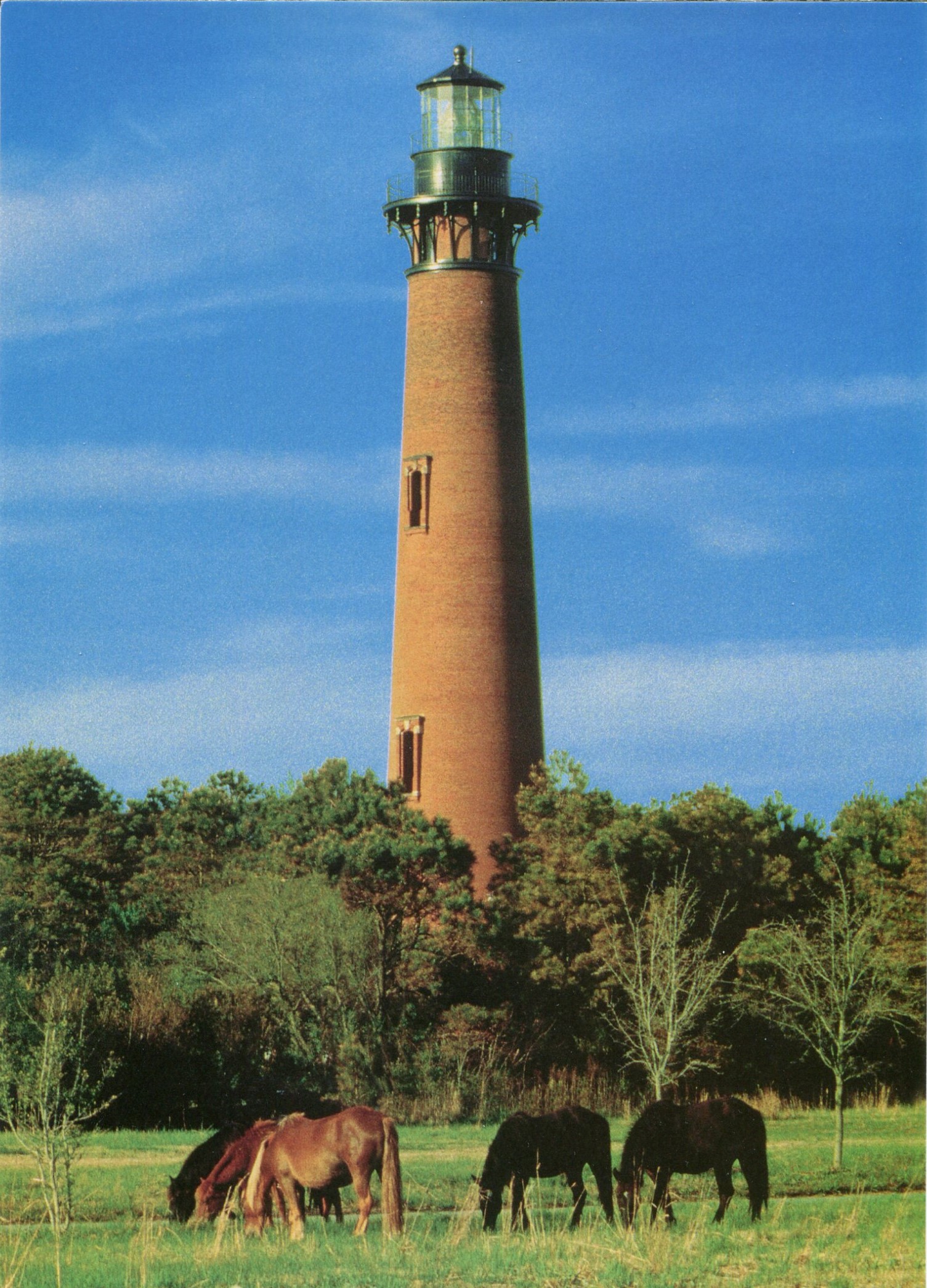 After learning the facts and finding a comfortable bench where I could “people-watch” and enjoy the beauty of such an astonishing structure, I had the bright idea to buy a postcard. The museum shop was a two-story house that once served as a lighthouse keeper’s home.

Right inside the door was a rack of what I call modern postcards. The receipt given to me for my $2.00 purchase stated that I bought postcards, but no place on the cards do the words “post” or “card” appear. They are “Prints for Framing.” Each image is a professional photograph (© MMVIII, MMXIV, and MMXV) credited to the P. R. Hornby Photographic Trust, Avon, NC.

Oh yes, one more fact. The cards are a tad over the normal 4” x 6” modern card. The consequence being that each card requires a First Class stamp.

Once again, let’s bid farewell to the penny postcard. Such is life when buying and mailing postcards in 2022.

Ray Hahn is a retired educator, but he has never stopped teaching. His decades of researching, writing and editing a newsletter for the South Jersey Postcard Club has been a world-class education in trivia. In addition to postcard collecting, Ray’s other interests include history, genealogy, and touring the world with his wife Marie. Ray often advises his readers to "Join me as we explore the world one postcard at a time." Ray and Marie live in New Jersey.
PrevPreviousSir Henry Irving
NextThe Broken ButterflyNext
3 Comments
Oldest
Newest Most Voted
Inline Feedbacks
View all comments
Burgie Dave

If you care to use modern examples which size exceeds the postcard rate, use a continental card as a guide, mark the best portions of the oversize for slight reduction and trim away. Use of a paper cutter brings the best results. Have received cards from these actions and have copied this style to do the same.

A delightful item very interesting with some good postcards. I too am interested in Lighthouses and
purchase postcards of them.

I’d guess that many of the kids were on school-sponsored field trips.