Father of the Nuclear Navy

Millions of Americans served in the United States Navy and many have served on board a Navy submarine.  There are books written on the contributions made by submariners throughout World War I and World War II, but most people are unfamiliar with the true fathers of the submarine service. People the likes of David Bushnell, H. L. Hunley, John Philip Holland, and others developed and improved submarines over the years, but Hyman Rickover led us into the nuclear age and the marvels that roam the seas today.

Hyman George Rickover was born on January 27, 1900, in Poland.  After immigrating to the United States with his parents, Rickover lived and was schooled in New York before being nominated for and chosen to be a midshipman at the United States Naval Academy at Annapolis, Maryland.

After graduating from the Academy in 1922, he studied electrical engineering at Columbia University. He graduated with a Master of Science degree in 1929.

Rickover’s training and understanding of submarines began when he went through the Navy’s submarine training program in New London, Connecticut.  From there he served on several submarines, the battleship U.S.S. Nevada, and in 1937 was given a short command of the U.S.S. Finch, a minesweeper.  As a lieutenant commander in 1939, he was assigned to Washington, DC. Rickover became assistant chief of the electrical section of the Bureau of Engineering on August 15, 1939.

Later, he became the director of the electrical section in the Bureau of Ships which gave him experience in choosing and working with talented technical people and handling the difficult job of working with private industry.

In 1946 Captain Rickover was sent to Oak Ridge, Tennessee, for further training in nuclear physics and engineering as part of the Manhattan Project. In 1947 he became manager the Navy’s Nuclear Propulsion Program.

It was at this point in his career that Rickover began to seriously put his vast knowledge toward his dream of a nuclear-powered submarine. His unorthodox methods and his ability to elicit almost fanatic devotion from his team of specialists were key factors in the early delivery of U.S.S. Nautilus, whose keel was laid in June 1952 and was launched on January 21, 1954.

Admiral Rickover’s quest for a true undersea weapon that had none of the serious drawbacks of previous submarines was more than met by U.S.S. Nautilus!  Technically, she was capable of staying submerged for as long as there was food to feed her crew.  She was able to create her own oxygen and fresh water along with the ability to produce unlimited propulsion through her nuclear power plant that used a ten-pound nuclear core that could provide power for up to ten years.

Two horrible accidents have occurred over the many years since U.S.S. Nautilus was launched: both the U.S.S. Thresher and the U.S.S. Scorpion were lost with all hands.  As tragic as these accidents were, it was shown that neither had anything to do with their nuclear propulsion systems.

Admiral Rickover was a very tough taskmaster and demanded nothing but the best from the people he handpicked.  One of those persons was former President Jimmy Carter who was one of the admiral’s early picks to be on his team.   Carter, an Annapolis graduate, said, “Other than my father, Admiral Rickover was the most influential man in my life.”

Traditionally, all high-ranking military men are expected to introduce themselves to the President, when possible. President Carter said that he had a surreal time receiving a visit and salute from his former taskmaster, Admiral Rickover. One can only imagine what Carter was thinking knowing the history of Rickover in his past command.

Since the successful launching of U.S.S. Nautilus the Navy has launched many submarines.  Each has proven that nuclear power is safe and efficient which led to many new surface ships powered by the atom.

Among the submarines that have been launched since Nautilus there are three that are a separate class: the U.S.S. Seawolf, SSN-21; U.S.S. Connecticut, SSN-22; and U.S.S. Jimmy Carter SSN-23. 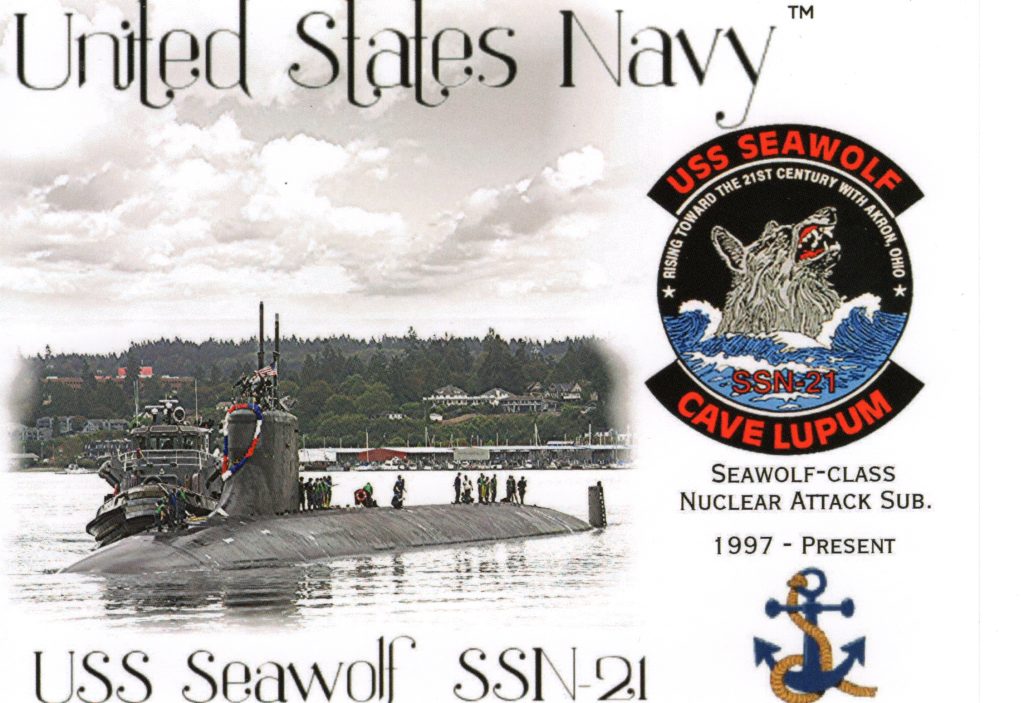 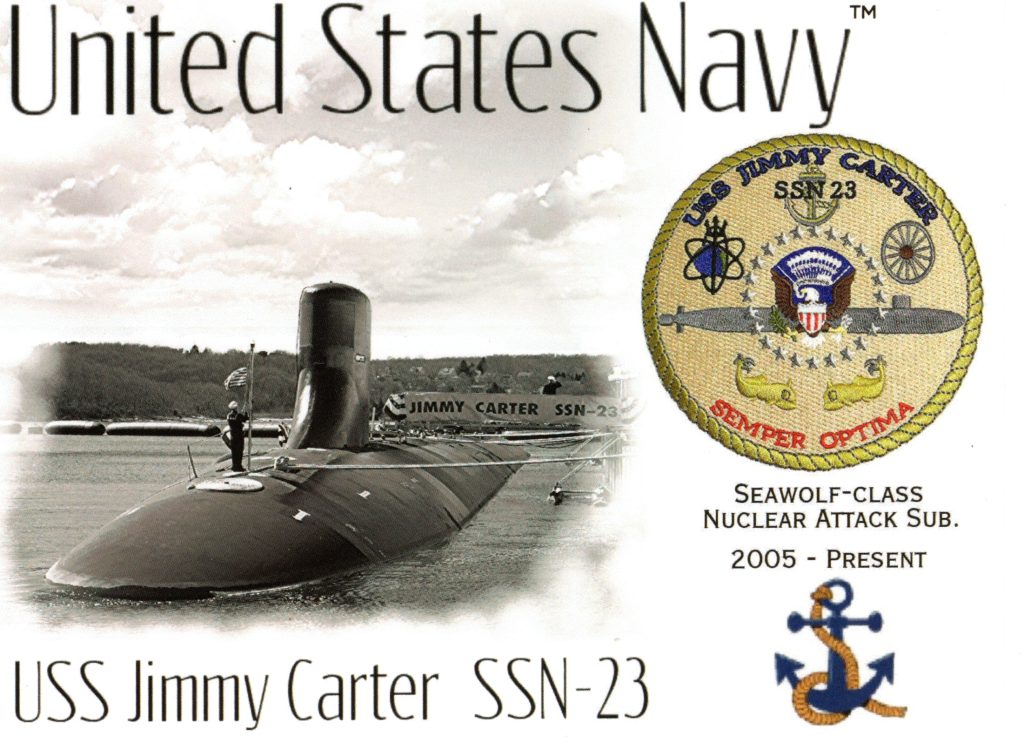 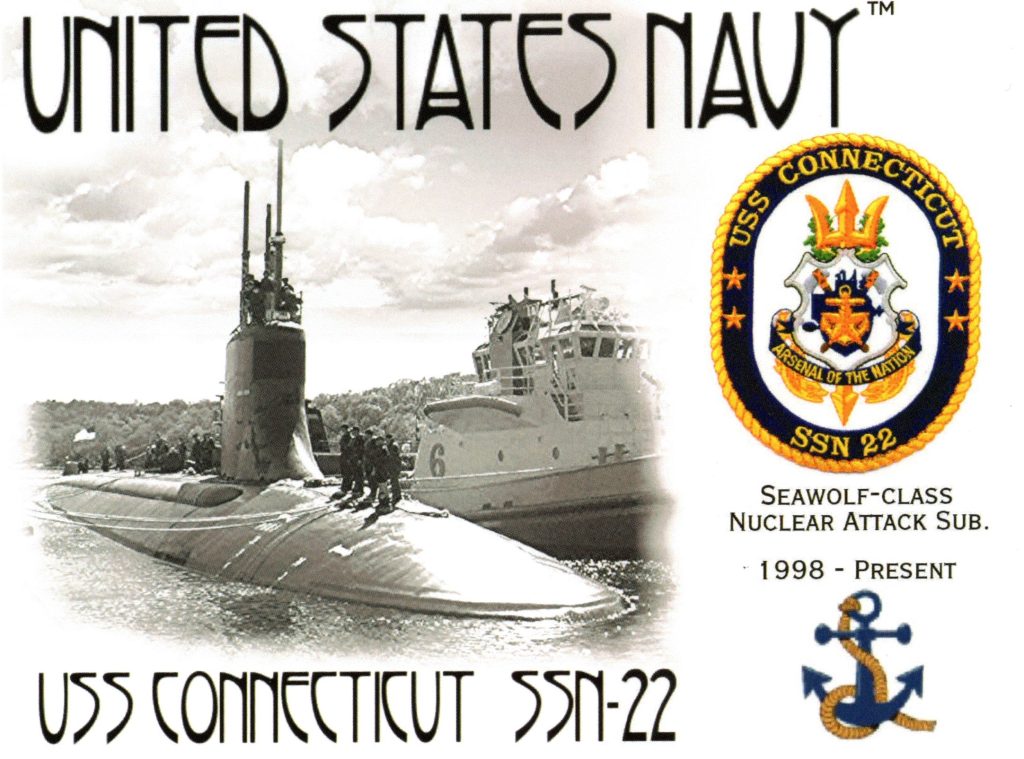 The Seawolf class are the most advanced and most expensive hunter-killer submarines in the world.  The first completely new American submarine design in thirty years U.S.S. Seawolf was laid down in 1989 as the lead boat of the twelve proposed boats. She and her sisters were to replace the Los Angeles class attack submarines which began service with U.S.S. Los Angeles on November 13, 1976.

At a cost of $2.4 billion per boat the Seawolf class subs were by far the most expensive submarines ever built. They were built to operate at greater depths and to be virtually silent, allowing them to seek and destroy any challenger.

With thicker hulls made from much stronger HY-100 steel and incorporating many new welding materials and techniques, the Seawolf class subs were capable of diving to an incredible depth of approximately 2500 feet.  With their new pump type propulsion systems, these submarines were able to travel at the remarkable speed of 25 knots (29 mph) submerged making less noise than a Los Angeles class submarine tied up at a pier.

With their improved design and stealthy operation, each boat carries a massive arsenal of weapons, that includes the Tomahawk cruise missile and eight 660 mm torpedo tubes used to deliver a full complement of 50 Mk 48 torpedoes when needed.

With the breakup of the Soviet Union, Congress began to question the huge cost of future Seawolf class submarines.  A newer design was proposed leading to the development of the Virginia class attack submarine led by U.S.S. Virginia SSN 774, commissioned in 2004.

Each of the Seawolf class boats continue to serve today. They are special and among the many undersea wonders made possible, largely by the work of Admiral Hyman G. Rickover.

Shav La Vigne is the president of the San Jose (California) postcard club. He has been a loyal reader since Postcard History Online Magazine first appeared in the Spring of 2019. Shav has collaborated on several past articles and there are two more in our current publication queue.
PrevPreviousAn e-mail in the Editor’s Inbox
NextPea Patch Island – History, Legend, and PostcardsNext
1 Comment
Oldest
Newest Most Voted
Inline Feedbacks
View all comments
Bob Kozak

I have to wonder how Rickover felt when meeting with Commander in Chief Carter after serving as the future president’s superior about thirty years earlier!