an interview with a Postcard Author, Dealer and Pioneer Postcard Aficionado

The first time I encountered Dan Friedman was many years ago at the annual November International Postcard Show in York, Pennsylvania. Dan had a large sign over his booth – “Classic Postcards.” His stock covered all aspects of the hobby but he had another line that caught my eye: pioneer postcards. These are the first postcards made in the US – pre 1898. 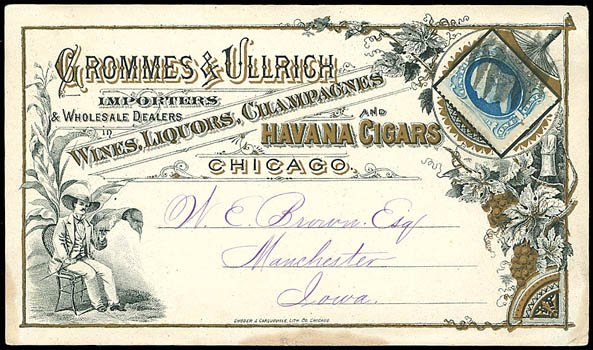 I collect pioneer postcards. They are elusive and sometimes expensive. Their price has come down a bit with the recent market softening and there are not that many collectors who chase these anymore. Those that do collect them still provide vigorous competition when scarce pioneers show up at auction. 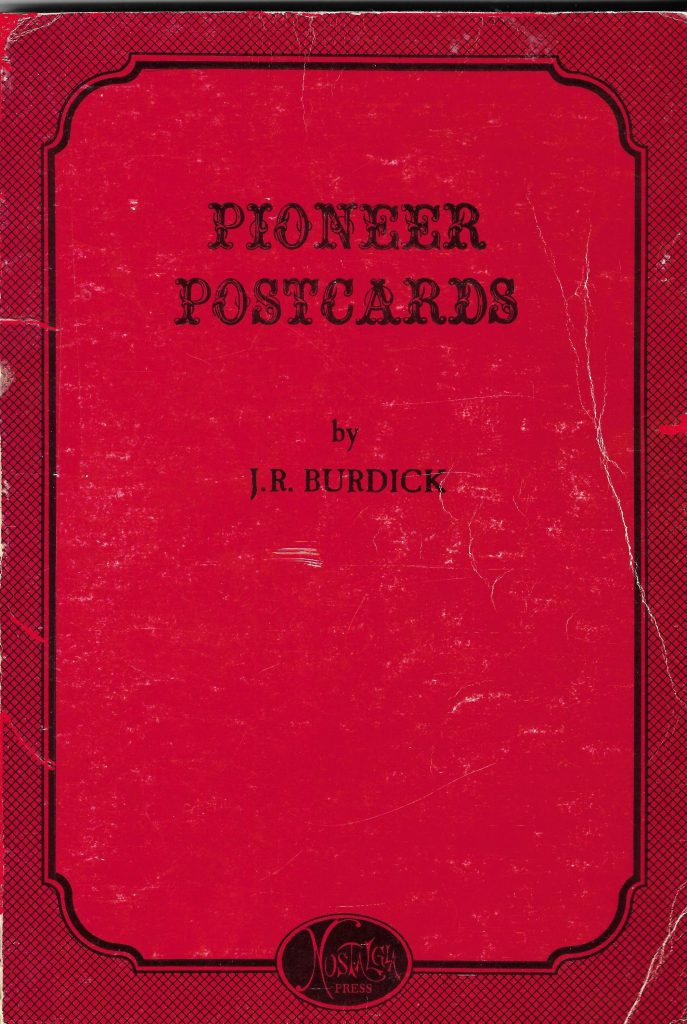 In 1958 a detailed catalogue of known pioneer postcards and the story of their evolution was published by card guru Jefferson Burdick. He coined the term “Pioneers” to describe the early cards printed before the private mailing card act took effect July 1, 1898.

A reprint of his book with supplement came out in 1963, the year Burdick died.

This reference was all there was until Dan Friedman got actively involved in the postcard hobby after his retirement. He caught the pioneer bug after reading Burdick’s book and later set out to improve it. His first attempt was a spiral bound catalogue, price list and identifier of pioneer cards published in 1992. This was next extensively updated and with added explanatory text and many illustrations was published as a seminal work in 2003. Its title is The Birth and Development of American Postcards.

It was well received by the collector community of both postcard and stamp collectors. A mad dash for available pioneer postcards by collectors ensued. Not to rest on his laurels, Dan next embarked on a new challenge – documenting Private Mailing Cards.  This culminated in his latest book Early American Postcards (1868-1901). 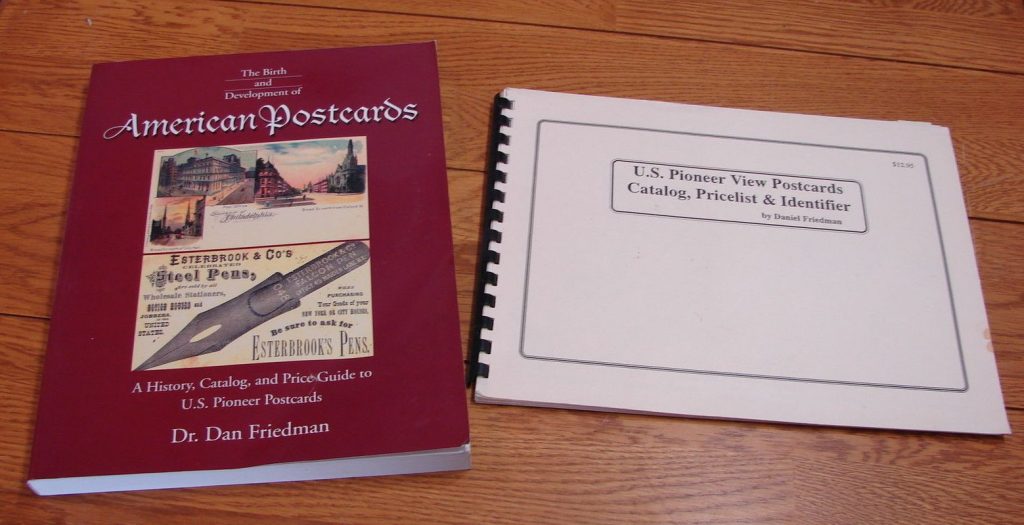 This work is a comprehensive guide, catalogue and market values for both Pioneer and Private Mailing Card Postcards. It is currently available from the author (*) and I consider it an excellent source book for these two topics. It is extensively researched and illustrated. 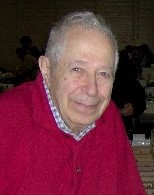 With this background I will now launch into the interview I did with Dan last October. 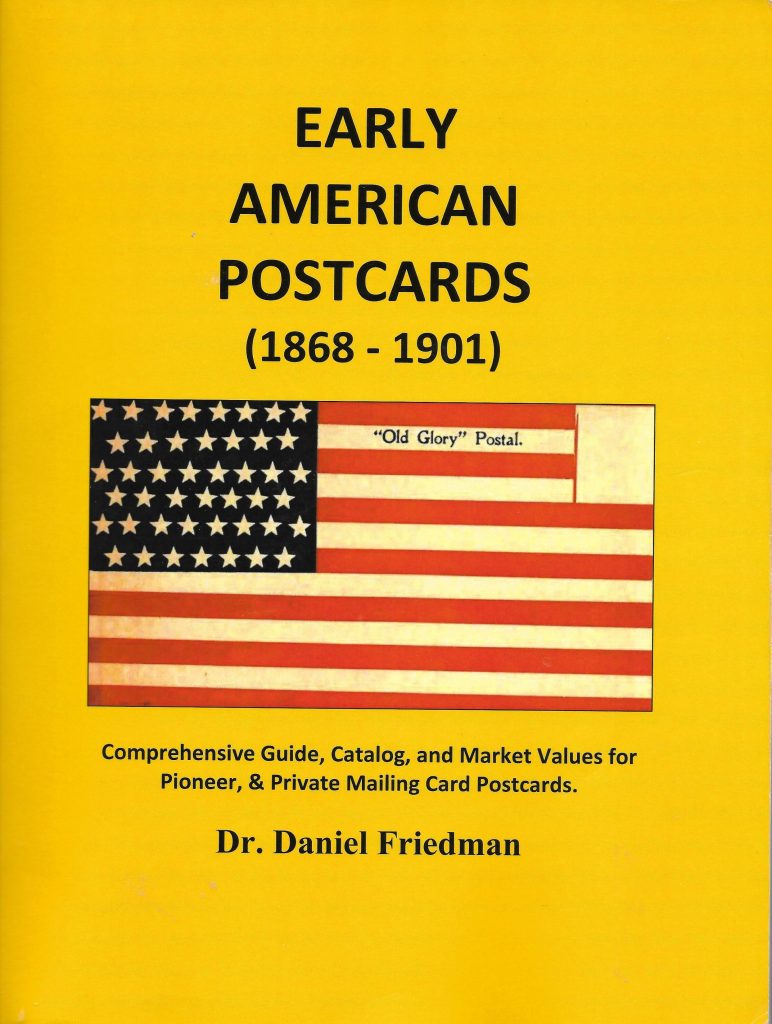 BOB TOAL: How and when did you get involved in postcard collecting?

DAN FRIEDMAN: I became a postcard collector shortly after my retirement from a lifetime career in Education. While vacationing in Maine, I purchased a 12 inch long box of postcards that had been mailed with interesting US stamps to look for additions to my stamp collection. After a few months puzzling over the images, I began to develop an appreciation of the picture side of postcards.

BOB: When and why did you begin to collect Pioneer cards? Did you read Jefferson Burdick’s book “Pioneer Postcards” and did it influence you?

DAN: My interest in Pioneers was directly stimulated by reading Burdick’s book. My frustration increased with each reading of the book until I realized that while he had an incredible collection, his knowledge as a researcher was sharply limited and he essentially used free association and the seat of his pants to convey his understanding of these cards.

BOB: When did you begin doing shows as a postcard dealer?

BOB: Who in the early days of collecting postcards did you interact with and who may have influenced you in your collecting evolution?

DAN: Initially I acquired a broad general collection and simply sold for a small profit on each sale. I became a dealer to be able to look for Pioneers in other dealers stock. My early days were influenced by Bruce Nelson who ran a fascinating column interpreting selected Pioneers from his fine collection. I looked for dealers with Pioneers to sell and only found Jose Rodriquez with a deep stock. I also bought a deep stock from Dr. Moulton as he was liquidating his huge stock. Most dealers had very limited material and little knowledge. Over time, I started buying Pioneers from auctions and I took several tips to Europe expressly to buy. With the advent of the web, I searched the offerings of e-Bay and bought hundreds of cards.

BOB: What are the rarest cards in your collection?

DAN: Probably 95% of my Pioneers were sold at auction. The rarest cards owned were several Lipman’s and other gems from the forerunners of the Pre Postal Card Period (my term).

BOB: How did you acquire the rare cards that you’ve handled or have owned– at auction? By private treaty with collectors?  Or, from dealers? Over the internet?

DAN: I bought widely using all sorts of venues and techniques.

BOB: Do you have any unusual stories over your years of collecting cards?

DAN: Having been a dealer for many years, I had numerous unusual experiences but will only relate one amusing tale. I was in Amsterdam, Holland, shopping for postcards in a small bookshop and encountered some boxes with Pioneers and rare cards. Each card was priced with a number followed by a DASH. When I took a batch to pay, the cranky store owner added approximately one dollar to the price of each card. When I questioned him about the discrepancy, he said that there was a 99 cents marking BEHIND THE DASH. I asked him to show it to me and rather than show it to me, said “Take it or leave it.” I was bewildered and angry. I put all the cards back in one of the boxes in a specific location and after a few days, sent a native Dutch speaker into the store. He located the cards and paid the true asking price. I got my cards.

BOB: What is unique or different about collecting Pioneer Postcards?

DAN: Many of these cards have some interesting history about them.

BOB: At your peak of collecting or dealing, how many shows did you attend? Do you currently or did you attend shows outside the country.

DAN: Since all of my collecting and dealer activity as Classic Postcards was during my retirement years, there were a few years when I spent as many as twenty hours a week in postcard activities.

BOB: Do you collect anything other than postcards?

DAN: Nothing as avidly as postcards.

BOB: At the end of the day – why do you collect postcards and go to postcard shows?

DAN: I was motivated by their historic significance. Being curious is part of my personality.

BOB:  Anything you would like to add regarding postcard collecting and Pioneers in specific?

DAN: I always enjoyed the people part of collecting and met some wonderful collectors and dealers over the years.

BOB: How may other pioneer postcard collectors are still out there?

BOB: Where did you get the source material/information for your Pioneer Book volumes?

DAN: My books are the result of extensive research. I included numerous notes for future researchers.

BOB: How long did they take you to do them?

DAN: My first spiral bound book took about one year. My next bound book required about ten years as it was heavily documented and researched.  My last book, Early American Postcards, 1868-1901 consumed thirteen years.

BOB: Are the books still for sale and how can someone order one (or more).

DAN: The last book is available from the author.

BOB: Have you written other books on other topics?

DAN: I have written many books as part of my professional career and recently my autobiography for members of my family.

Thanks to Dr. Dan Friedman for taking the time to answer my questions. Also thanks for his investigative research work and publications over the years which show true dedication to our hobby.

Bob Toal is an avid collector of postcard postal history targeting the birth and development of US postcards from their early beginnings to present. This includes early pioneer and private mailing cards as well as view folders, bi and tri-fold postcards, jumbo postcards and anything unusual in the postcard realm.
PrevPreviousLivermore and Knight, Pioneer Postcard Publishers
NextGeorge L. Fox, the American GrimaldiNext
4 Comments
Oldest
Newest Most Voted
Inline Feedbacks
View all comments
Dick val

Is there a site that deals, sell or buy, Livermore and Knight and other pioneers postcards? These days, it is such a limited market.

While there is no such site, there are several techniques that will work at shows and on the web. Search for old, early, advertising. These searches should reveal s9me pioneers. Also, look for larger dealer stock as they will almost always have something for you. I always found the dealer Jose Rodriquez with lots of Pioneers. Happy Hunting. Dan Friedman

I enjoyed this very much. I have never owned many of the early cards, and to the best of my knowledge there are no really early cards of Wichita, Kansas other than I do have a few real photo fixed to a stiff cardboard with Postcard on the reverse. But nothing that I have ever seen that is really early, like these. Happy that Dr Friedman added his research and discoveries in several books that he has written. Thanks very much.

I wasn’t a Postcard History subscriber when this article originally appeared, so I’m glad I got to read the “encore presentation” just now.