Imagine the shock to seafarers off the coast of New Jersey in 1881.  A huge elephant appeared on the undeveloped beach south of Atlantic City.   Philadelphian James Vincent DePaul Lafferty, Jr. owned considerable acreage in South Atlantic City, that was hardly accessible.  To attract visitors and property buyers, Lafferty conceived of a six-story building in the shape of an elephant.  His novel idea actually received a patent for animal-shaped buildings. 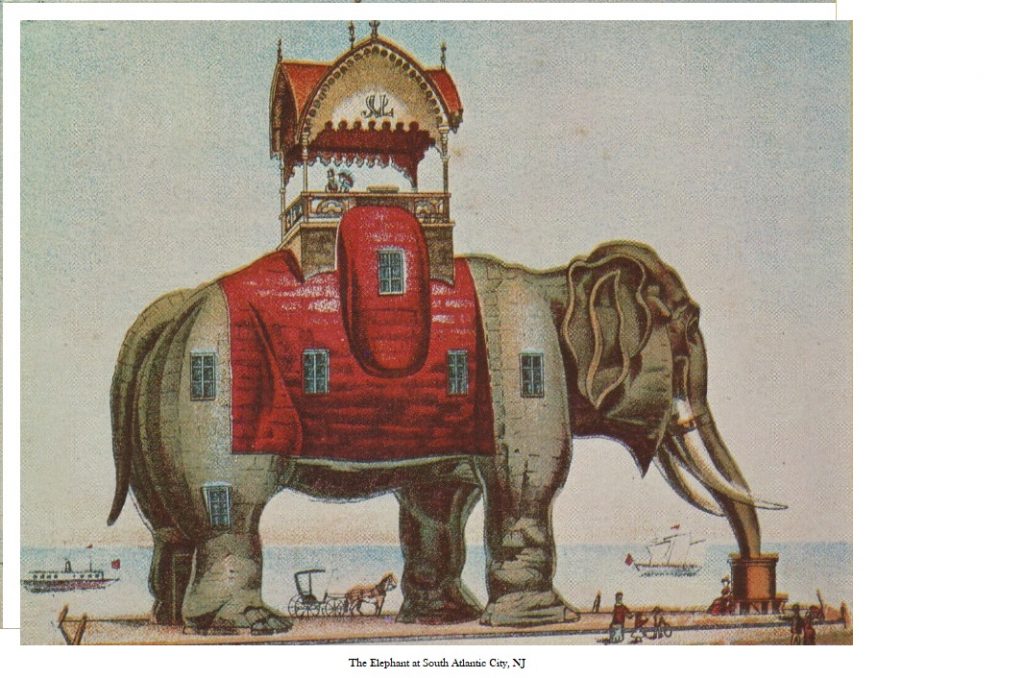 The sandy barrier of Absecon Island, New Jersey, was soon connected by railroad and developed.  The community changed its name to Margate.  The Elephant Hotel changed hands after Lafferty fell on hard times.  A subsequent owner’s daughter named the creature “Lucy” in spite of its male tusks.  Where Jumbo (the well-known Barnum attraction) was an African elephant, Lucy is Asian.  The legs were spiral stairs to rooms above.  A decorative howdah (a seat developed in southern Asia for riding on the back of an elephant or camel, typically with a canopy and accommodating two or more people) was the overlook for prospective building lot buyers.

The indoor parts of the elephant were used for a variety of businesses.  It was a private beach cottage for a short time. The hotel aspect was supplied by an adjacent building. 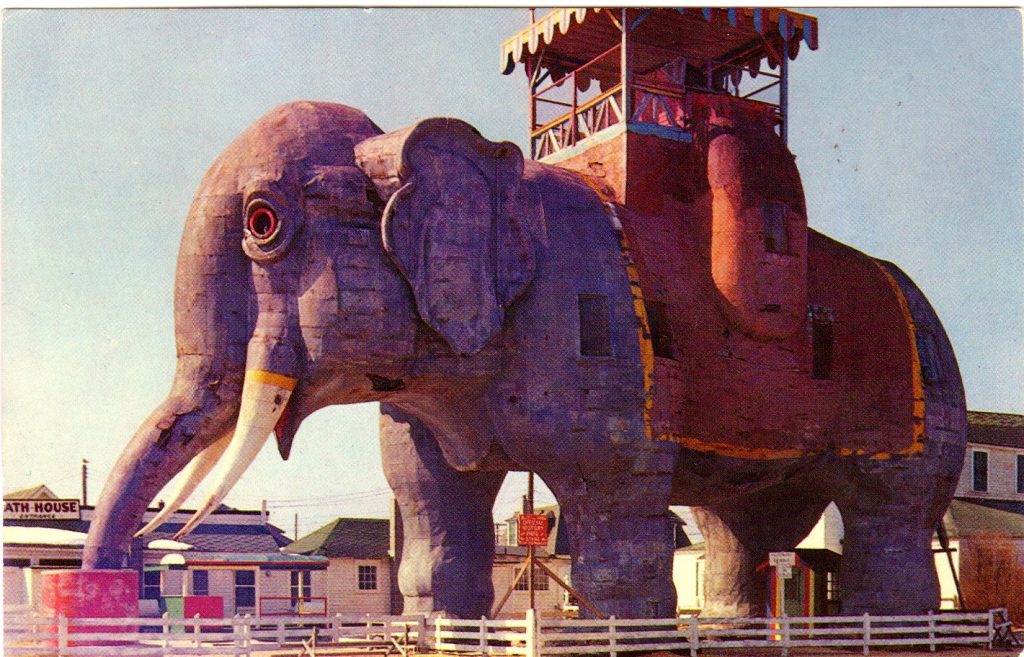 This 1969 “Save Lucy” postcard shows a deteriorated exterior.

When old-age deterioration got the best of the old pachyderm, Lucy was saved by moving it to a city park in 1969.  Heroic efforts at fundraising by a local committee stabilized the structure, which enabled Lucy to received National Historic Landmark status in 1976. Interior and exterior renovation was completed in 2000. 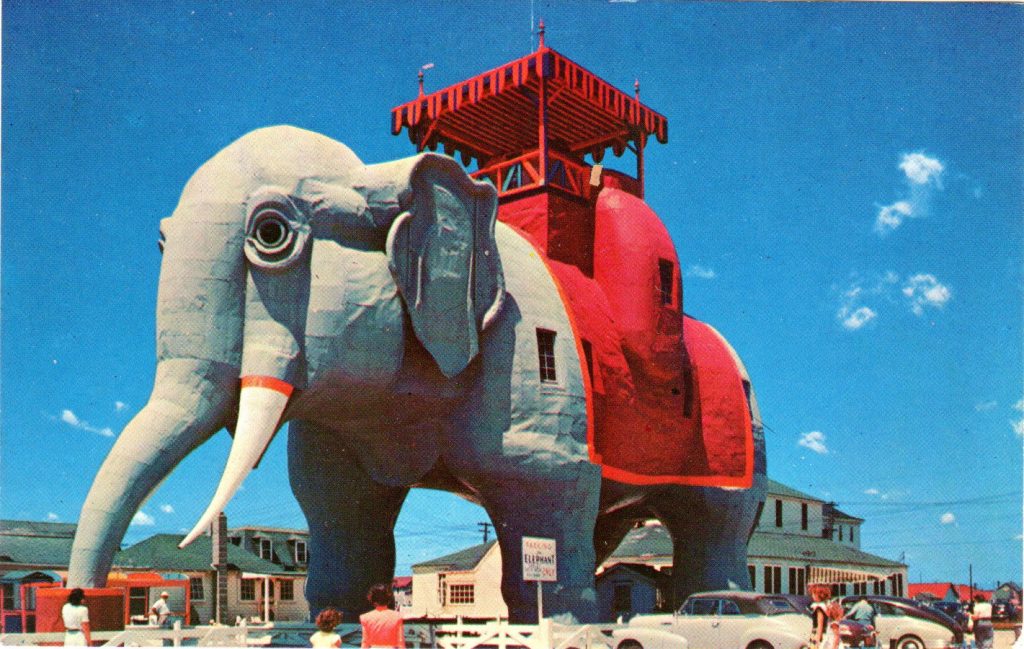 Lafferty’s patent was applied to other projects, but all have sadly disappeared.  A smaller version was put up in Cape May, New Jersey in 1884. An elephant twice the size graced a Coney Island amusement park in New York and actually served as a hotel for eleven years.  There was a proposal for a still-larger elephant building at the 1892 World’s Columbian Exposition, but if received no sponsor. In Europe, however, a large elephant building was a popular adjunct to the Moulin Rouge nightclub in Paris for several years.

Novelty buildings and giant statues are still popular attractions.  Lucy is open for tours, complete with a giftshop for all your elephant souvenir needs. If you wish, meet Lucy online at www.lucytheelephant.org.  Lucy is considered the country’s oldest roadside tourist attraction.  Before the Statue of Liberty, the Coney Island elephant was the first man-made object visible to arriving immigrants at the Port of New York.  Postcards of Lucy are common, owing to her bizarre appeal.  One Lucy postcard appears in the credits of the movie National Lampoon’s Vacation.

It is likely that there will never be anything like Lucy anywhere else.  She is well worth going out of your way to walk through an elephant’s inside, and live to tell the tale!