Lewis H. Larsen was the kind of person that a revisionist historian would call a “character.”  His memory is romanticized as a cowboy artist, poet and public servant.  True, but Lewis Larsen was also a hard minded, driven business man who had many close calls with the authorities in at least three states.

Larsen took the nickname Dude as a pseudo – nom d’art.  It has been conjectured that Larsen was a competent artist who painted for both fun and profit.  There is a fine distinction but Larsen had no bent for artistic documentation of cowboy life for historical purposes; he worked at his art because he knew his oil paintings would sell in the millions if they were made into postcards.  Collectors should notice that 99% of Larsen’s postcards are self-published. He never recognized a need to share profits with anyone other than his wife. 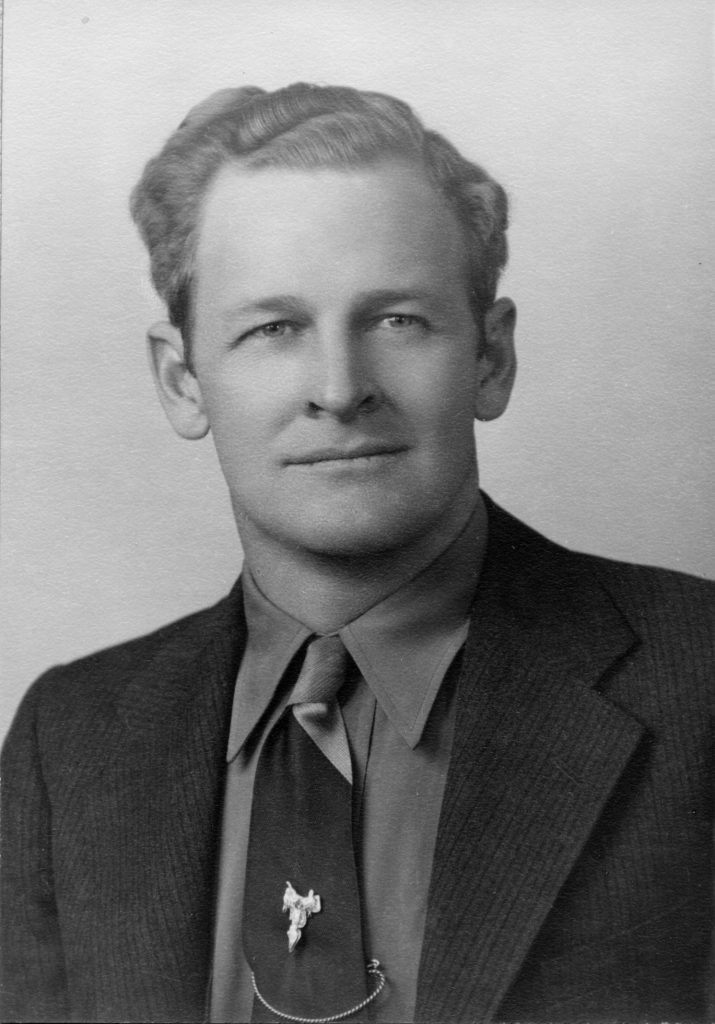 Larsen’s business acumen also extended to making sure no other publisher could encroach on his work.  A very high percentage of his images are copyrighted and “use with permission only” admonitions appear on every card he published.

It has yet to be discovered if Larsen wrote the cowboy poetry found in many of the address-side captions, however cowboy poetry was recognized in the 20th century as a genre within the broadest scope of American literature.  Generally, amateurish and not well defined, the poems are often rhymed in the most basic and common manner.  A study of cowboy poetry by a professor of American literature has suggested that postcards were the best medium for publishing because the idea of a romance with nature was the base-line for a cowboy life style.

In 1949, Lewis Larsen ran as a Republican for a Utah state senate seat representing District #10 – the area to the west of Salt Lake City.  He won that election and served one term – failing to win reelection he and his wife Dorothy decided to open a service business dedicated to the crude oil speculators in Utah.

Servicing oil speculators in the late 40s, the 50s and 60s was risky business.  There was no  guarantee that the work contracted for would ever be paid for, and such was the case at Larsen Enterprises at 259 7th Avenue, Salt Lake City  3, Utah.

The Larsens spent their business lives dealing with men who wanted to make it rich by drilling for Utah oil and with state authorities at the Bureau of Land Management’s Oil & Gas Division who wanted to make sure the state and federal governments got their share of oil company profits made on Utah oil.

Larsen’s signature appears on thousands of claim forms processed by the oil and gas commission in the state of Utah, but no such claim brought “Dude” Larsen as much wealth as his postcard royalties.

The list in the chart that follows is Larsen’s cowboy postcards. 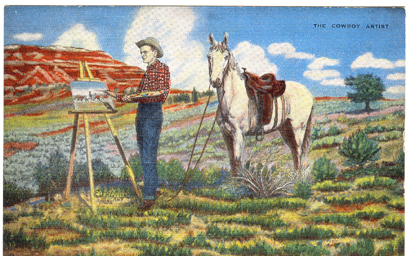 [It should be noted that it was Dot Larsen who was the artist of record of the image on Larsen card No. 51 and perhaps others in the checklist.] 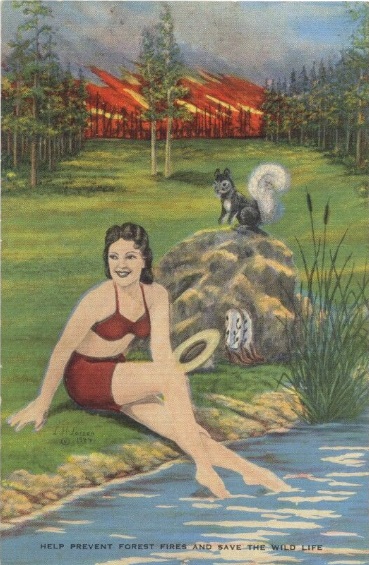 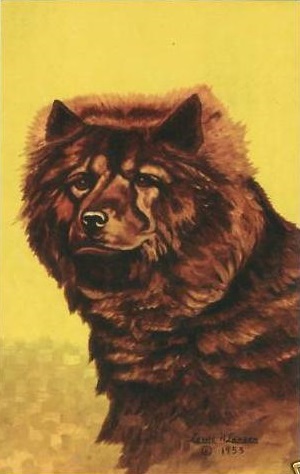 * In the course of investigating Larsen postcards I have un-earthed postcard club newsletters that go back to 1972.  It has been nearly 50 years and no one has come up with card K-72.

Another series of ten cards that are fairly rare is entitled Everyday Life, 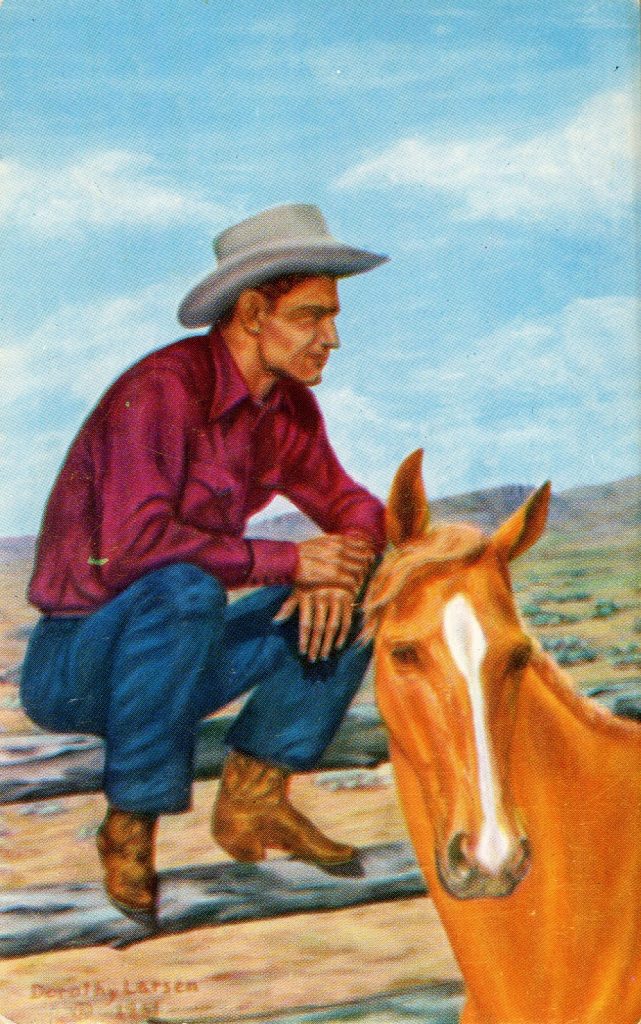 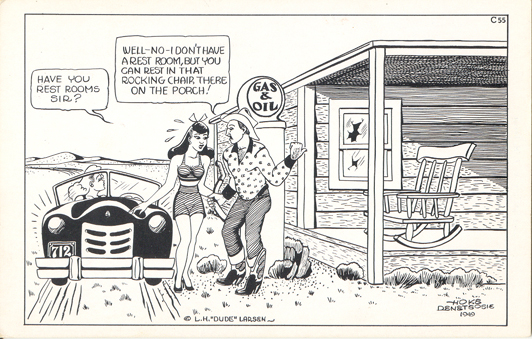 And finally, Larsen acted as an agent for other artists, one of whom was “Hoke” Denetsosie.  Larsen’s art agency cards carry his name and copyright dates from 1949 to 1953.

Larsen cards are fun and easy to collect. Most dealers file them under comic, but other topics too. They are inexpensive and can be found in fine, very fine or excellent condition.

Remember, the search is half the fun.

Ray Hahn is a retired educator, but he has never stopped teaching. His decades of researching, writing and editing a newsletter for the South Jersey Postcard Club has been a world-class education in trivia. In addition to postcard collecting, Ray’s other interests include history, genealogy, and touring the world with his wife Marie. Ray often advises his readers to "Join me as we explore the world one postcard at a time." Ray and Marie live in New Jersey.
PrevPreviousWhen Postcards Tell a Story
NextMeet the Lady Known as “La Belle”Next
1 Comment
Oldest
Newest Most Voted
Inline Feedbacks
View all comments
Michael Price

Hello Ray, Thanks for writing about the postcards of L. H. Dude Larsen. Your missing card K 72 depicts a roan horse standing alone on a mesa, with several other horses in the lower right far background. On the postcard back there is a 4-line poem by Larsen titled To Always Be Free. I’ll bring this card along to the forthcoming York PA postcard show Nov. 22 & 23 2019, where you can see it at my table. Best regards, Mike G Price