When Postcards Tell a Story

It is not uncommon for people to select and use postcards to share an experience with the card’s recipient. Often postcards are selected because they capture a singular location or a memory that the sender wants to share. However, when looking at an intentional grouping of postcards, they can be used to tell a story larger than each one does individually.

This idea would probably evolve from the perspective of a collector with a specific idea in mind or someone looking at themes in their postcard collection. In my younger years, I found this approach to postcards as an inexpensive way of discovering and remembering the places I traveled. I found looking for postcards of sunrises to be a challenging twist to the more typical idea of sunset postcards and postcards of piers to be a somewhat rare card to mark the places I visited along the coastlines of America.

Many years later, postcards would take on a very different theme and become an excellent way to document the artistic achievements of an artist I have grown to admire – Joseph Jacinto “Jo” Mora (1876-1947).  As many of Mora’s artistic accomplishments were what I consider ‘art in public places’ it stood to reason that some of his creations would probably have been memorialized through postcards. The advent of the Internet made looking for these postcards practical and financially reasonable.

Jo Mora came to the United States when he was a young child, living in several cities on the east coast as his family moved around following work for his father, Domingo Mora, a classical sculptor. Jo’s artistic career began as an illustrator for the Boston Herald and soon included illustrating books as well. 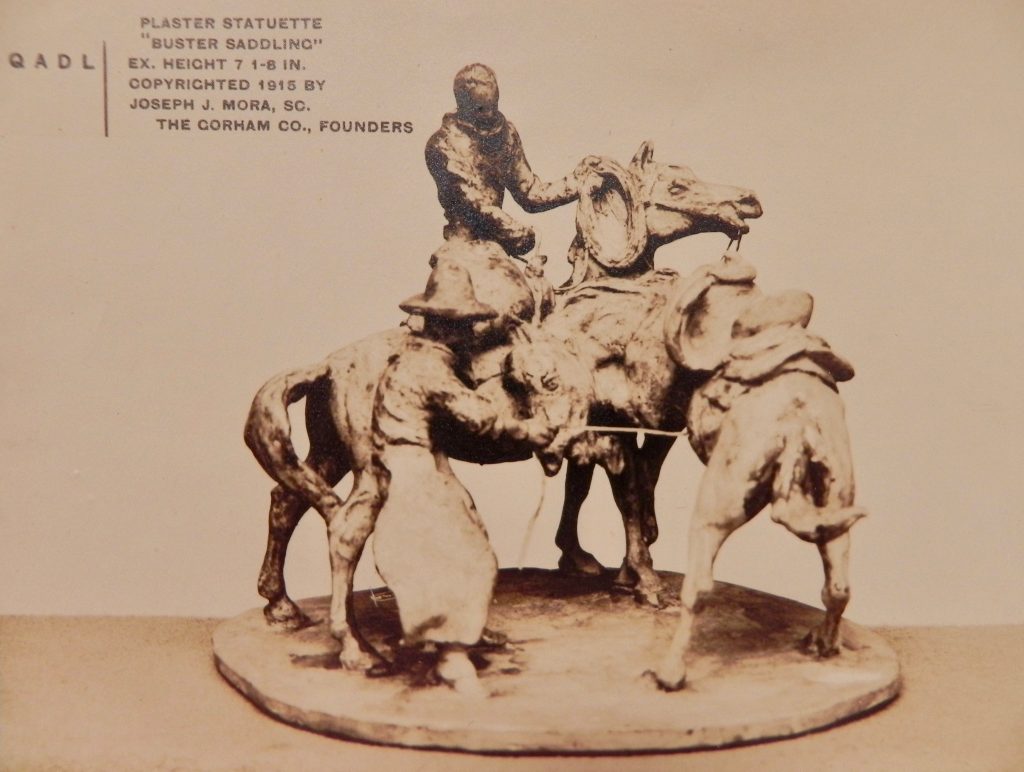 As a child, he developed a love of cowboys and Indians and when he was old enough, he ventured west on his own to see with his own eyes the sights of the American West. He learned the ways of the Vaqueros, studied the Missions of California and lived with the Hopi and Navajo for over two years, noting all of these sights through his artistic vision by drawing, painting and eventually sculpting the images he witnessed.

Eventually Jo’s work would turn to larger scale projects – building adornments, heroic bronze sculptures and murals in various locations. I did discover that these creative projects would often find their way to becoming the visual component of postcards.

I contend that Jo Mora is under appreciated as an artist, a situation I continually try and rectify by writing about him, lecturing about him and looking for exhibition opportunities for his artwork. Most often when viewing his art in public places, there is no mention of him as the artist responsible for the work. This lack of recognition is mirrored in published postcards as well, as rarely is his name mentioned on the front or back as the person responsible for the artwork depicted. 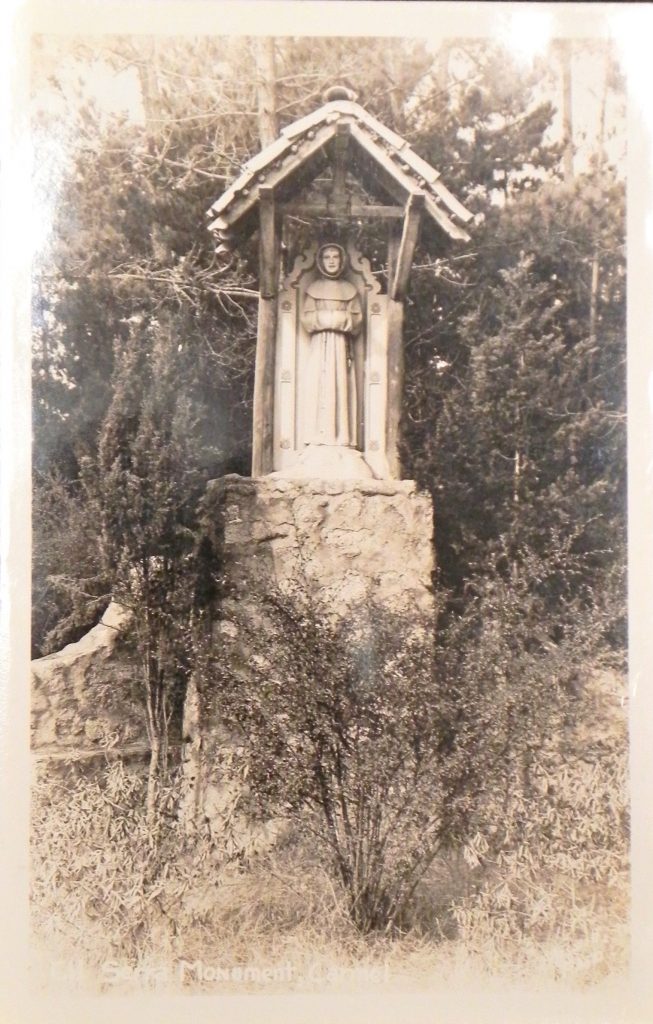 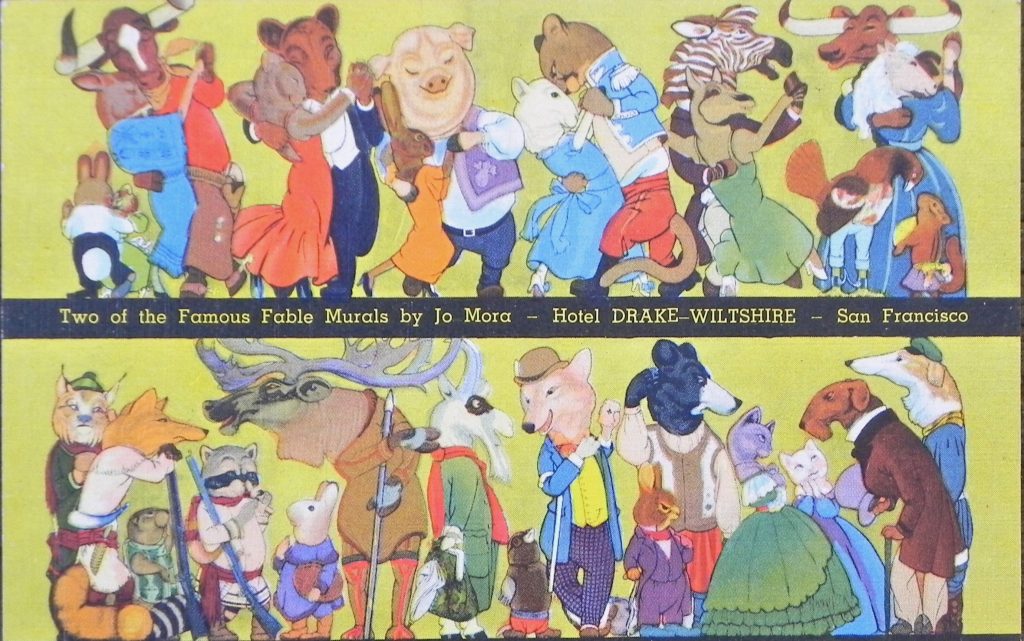 I certainly realize this tendency to not credit the artist is not limited to Jo Mora – it is a regular occurrence and often the result of the location or object being depicted. People want to buy postcards as keepsakes and do not care about the backstory – and you can’t take up all of the back of a card with a caption when people generally want white space to write a message.

This frustration aside, it has been an engaging pursuit to try and find postcards of each of Jo’s artistic works found in public places in addition to other art of his. In most cases I have found corresponding postcards, sometimes several different cards of the same subject. Often it is the overall building that is the focus of the card and Jo’s contribution is only a small part of the scene. The satisfaction rests in knowing his work is part of the whole and part of the details depicted as with this Monterey County Courthouse postcard. 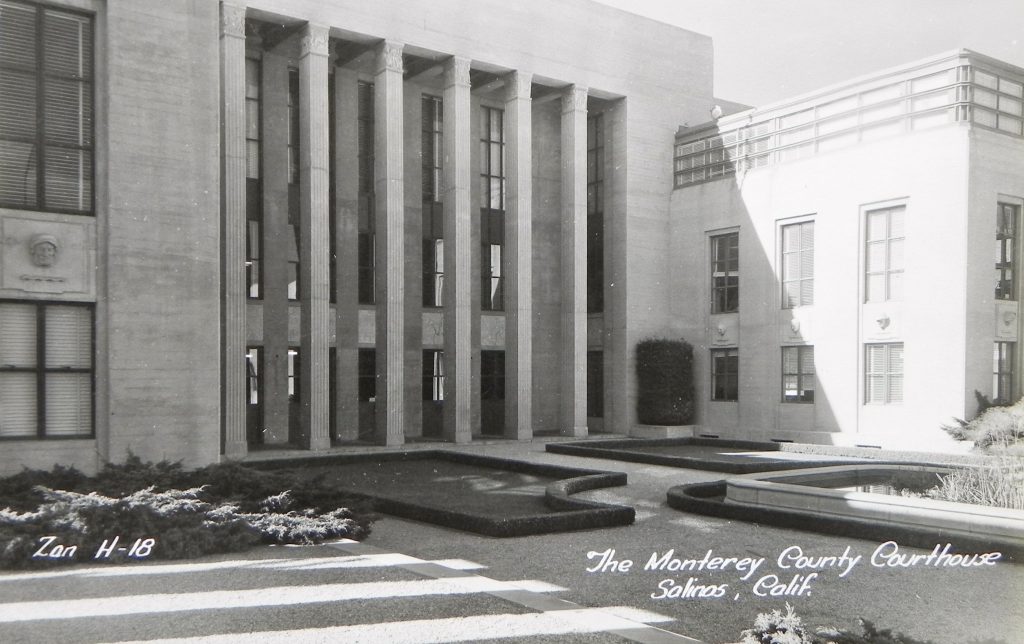 One of the interesting aspects to this type of collecting is the prospect that the subject, if long lasting, can be seen over a period of time thus also tracing the development of postcard production as the production of the individual cards can span several decades. This type of collecting also requires some specific knowledge about the subject matter, as random searching is not likely to produce very satisfactory results. 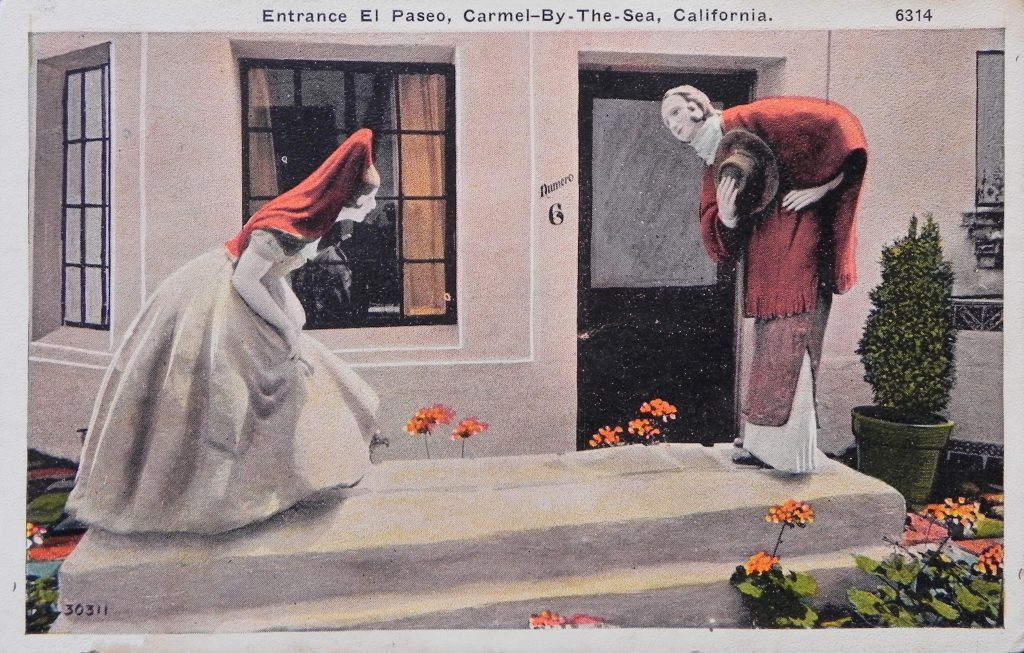 In the end, this is a wonderful way in which postcards can be gathered together to illustrate stories and discover more about history.

Peter Hiller's postcard collecting began as a teenager when he discovered postcards of piers. He loves west coast beaches and sunrises, something a little different than the more obvious sunsets. He has continued to collect as he found that postcards were usually an inexpensive way to document other areas of interest to him such as Navajo weavers and postcard photographers. Peter lives in California.
PrevPreviousThe Giraffe
NextLewis H. “Dude” LarsenNext
2 Comments
Oldest
Newest Most Voted
Inline Feedbacks
View all comments
Louise N aka Nelda

I liked this article very much and would like to share my interests with Peter Hiller if he lives near enough. I need advice too, since my collection is becoming somewhat out of control.

I had never heard of Mora until reading this article, so I thank Peter for the education.