Crimes Against the First Amendment

Congress shall make no law … abridging the freedom of speech…

Thomas Jefferson once said that any government that forces upon its citizens an opinion other than one mutually agreed upon has committed a crime against the First Amendment.  That was 18th century rhetoric that made sense to the citizens, but 21st century facts demonstrate that many such opinions are levied against Americans every day.  Keep this in mind, while we time shift the story to 1895.

Georges Massias, a Frenchman who by 1895 had built a very successful career as a poster, postcard, and advertising artist is hired to produce an advertisement for the Cycles Gladiator Company.  Recent advances in technology had led to the invention of a new chained sprocket that would increase speeds to what was touted to be faster than Winged Mercury.  Massias took those words as inspiration and drew a bicycle with winged pedals.  To enhance the concept of speed and freedom he added a nymph who seems to be steering the bicycle through the stars.  The advertisement was wildly successful, and for years has been available on dorm room posters, t-shirts, mugs, and postcards.  Enough – the pictures are worth a thousand words.

In 1990 the founding of the Thomas Jefferson Center in Charlottesville, Virginia, was heralded as a worthy step forward in the protection of free expression in all its forms.  Primarily their mission is education but the TJ Center also presents an award, the Jefferson Muzzle, that each year on or near April 13 (the anniversary of Thomas Jefferson’s birth) focuses national attention on especially egregious or ridiculous affronts to free expression.  This is the kind of award that no one chooses to earn, but by circumstance or by chance it goes to people who, or organizations that have opinions conflicting with the American majority and are too entrenched to abide by majority rule or common sense.  Many of the Muzzles awarded in the last two decades have gone to those responsible for cases that have received national news coverage.

In 2010 a Jefferson Muzzle was awarded to the Alabama Alcoholic Beverage Control Board for an action the board took in 2009 that prohibited the sale, in liquor stores and restaurants, of wines manufactured by California’s Hahn Family Winery.  (No relation!)  The reason the board took action was that the bottle labels were inappropriate for public use because of content.

You guessed, didn’t you?  It is the same image that the bicycle company used so successfully over 100 years ago!  The only change was the replacement of the company’s address by the varietal name of the wine.  A Hahn Family representative said, “The image was chosen because it captures the grace and uninhibited beauty of our hillside vineyards.”

On a personal note, through the years I have enjoyed many bottles of Hahn Family wines including the wines  questioned by the Alabama ABC.  (The reds: Merlot, Cabernet Sauvignon, and Syrah are full-bodied, well crafted wines that I am proud to serve to guests and family.  I don’t drink white wines but I am sure the Hahn’s Chardonnay and Pinot Grigio are equally good.)  I really like Alabama too, it is scenic and friendly and on the whole a nice vacation alternative to Florida, but they do have some strange rules that easily bewilder anyone with an ounce of common sense.  Beside their silly ABC laws, the only other thing is that there are no postcard shows in Alabama.

Most wine drinkers are resigned to life with puritanical practices such as sin taxes on wine, but we rightfully scoff at the idea that the art on bottle labels must be approved by government officials.  If such practices are not deemed crimes against the first amendment, they should, at the very least, be deemed stupid.  But again, there is no law against being stupid, is there? 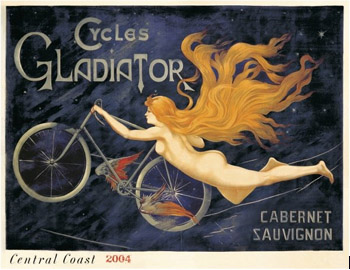 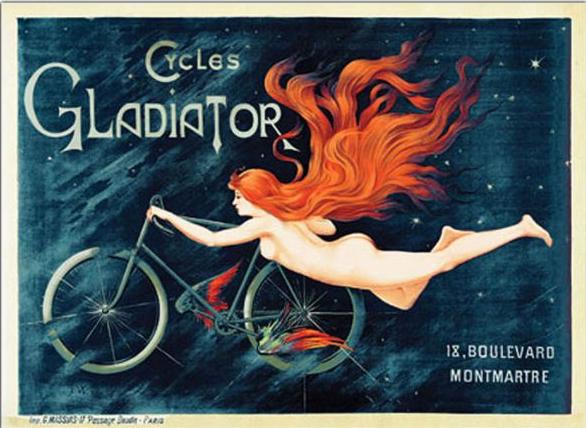 Ray Hahn is a retired educator, but he has never stopped teaching. His decades of researching, writing and editing a newsletter for the South Jersey Postcard Club has been a world-class education in trivia. In addition to postcard collecting, Ray’s other interests include history, genealogy, and touring the world with his wife Marie. Ray often advises his readers to "Join me as we explore the world one postcard at a time." Ray and Marie live in New Jersey.
PrevPreviousA Tuberclosis Nostrum and a Long Walk
NextThe Legend of the White Canoe; by William Trumbull (1861-1933)Next
2 Comments
Oldest
Newest Most Voted
Inline Feedbacks
View all comments
Eric Holub

ATF regulations: 27 CFR § 4.64 – Prohibited practices. [Here, regarding alcohol advertising and labels.] “(3) Any statement, design, device, or representation which is obscene or indecent.” A nude woman may have been considered more indecent in Alabama than elsewhere. As a printer, I used to reprint a private label with a comic nude on it, but was told it would be illegal on a commercial release.

Hard to believe anyone would be offended by the image of the nymph.